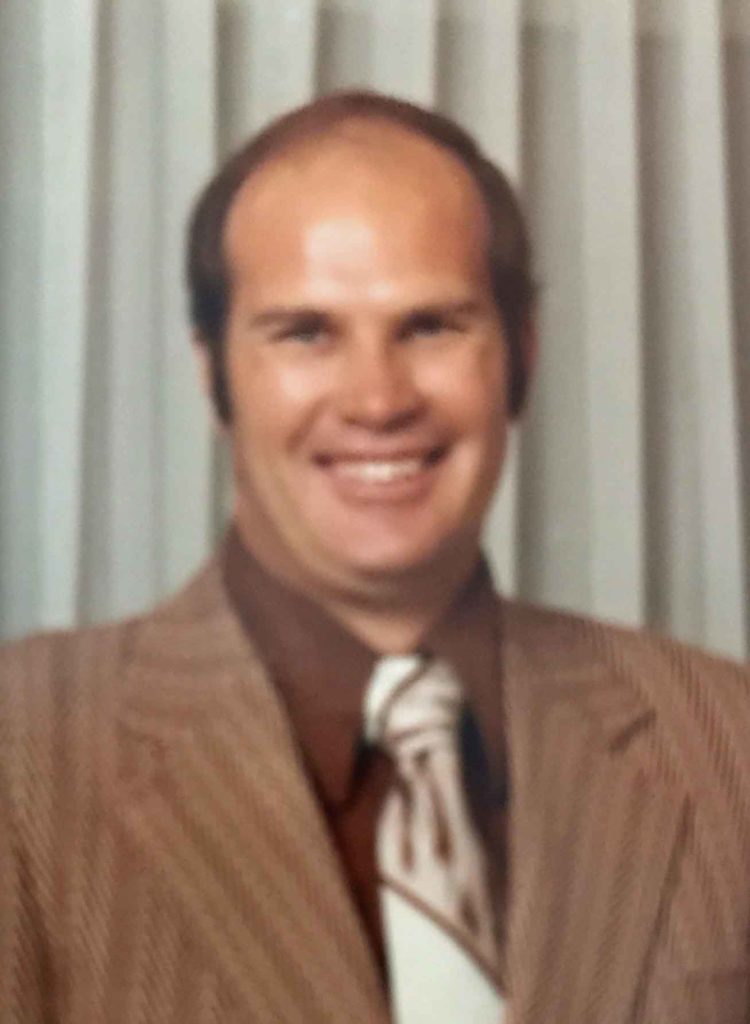 Elden Wallace Gillins passed away from this life on June 10, 2017.  He was born in Beaver, Utah on June 2, 1936 to Elden Thomas Gillins and Lucy Muir Gillins.

Elden grew up in Pioche, Nevada, where he met and married his childhood sweetheart, Janet Ann McAllister. They were married on March 30, 1956. Their marriage was later solemnized in the St. George LDS Temple.

It was typical of Elden to be wearing a half smile, dark glasses and blue jeans. As a young man he was always on the go. It was not unusual for him to be working two jobs, involved in three projects, while being a hands-on dad to their four children.

After Elden and Janet moved to Las Vegas, Nevada, in 1959, he became a police officer with the City of Las Vegas that merged with Clark County to become The Las Vegas Metropolitan Police Department. He retired from the LVMPD as a sergeant after 28 years of faithful public service.

Elden loved sports, especially basketball. He stood 6’5” in high school, making him the “star” center. He led the team to win the Nevada State Championship. He played on several teams as a young man and adult. He was an avid sports fan, watching and rooting for his favorite teams as he got older.

Elden was first and foremost a family man. He loved us, he taught us, and he was an example for us to follow. We love you and will miss you.

Arrangements have been entrusted to the care of Metcalf Mortuary, 435-673-4221.  For condolences, full obituary, and funeral listings please visit our website www.metcalfmortuary.com.

Relationship Connection: How much is too much sacrifice in marriage?