WASHINGTON COUNTY — Two crashes occurring seconds apart on Interstate 15 during heavy traffic Wednesday left two cars heavily damaged and motorists lined up in both northbound lanes as far as the eye could see.

“The original call was for two vehicles that were blocking both lanes of travel,” Hintze said, “but when we got here it was actually four vehicles involved in two accidents.”

Upon arrival officers found a black Chevy Silverado pickup truck blocking the No. 1 lane and a tan passenger car that was blocking both lanes.

Officers also found two vehicles stopped in the median that were involved in a separate crash that was triggered by the first, Hintze said.

In the first crash, the driver of a Chevy truck was heading northbound and began slowing near Exit 13 before stopping due to heavy traffic that had come to a halt.

A woman driving a tan passenger car traveling directly behind the Chevy failed to see that traffic was stopped in front of her and struck the truck from behind, the trooper said. The rear-end crash left both vehicles blocking the northbound lanes.

A northbound silver Ford pickup truck also came up behind the disabled Chevy and swerved into the median to avoid striking the truck before coming to a stop.

Seconds later the driver of a silver Nissan traveling directly behind the Ford also swerved into the median and then struck the rear bumper of the Ford that was stopped on the soft shoulder of the median.

The Chevy and the tan passenger car were extensively damaged and towed from the scene, while the Ford and the Nissan were driven from the interstate.

The driver of the tan passenger car was cited for following too close, Hintze said. No injuries were reported.

Since traffic by then was backed up for miles, troopers met with the two drivers involved in the secondary crash at the Maverick – Adventure’s First Stop – convenience store off of Exit 13 in order to take the accident report there and open both northbound lanes of travel.

All vehicle occupants were wearing their seat belts, Hintze said, and no citations were issued in the second crash. 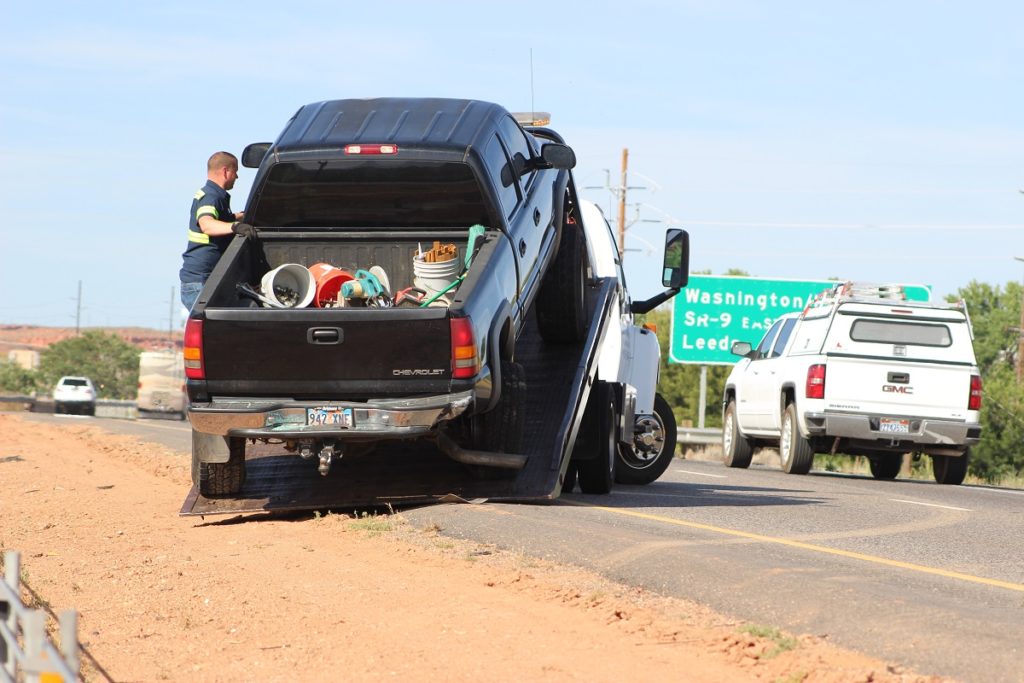 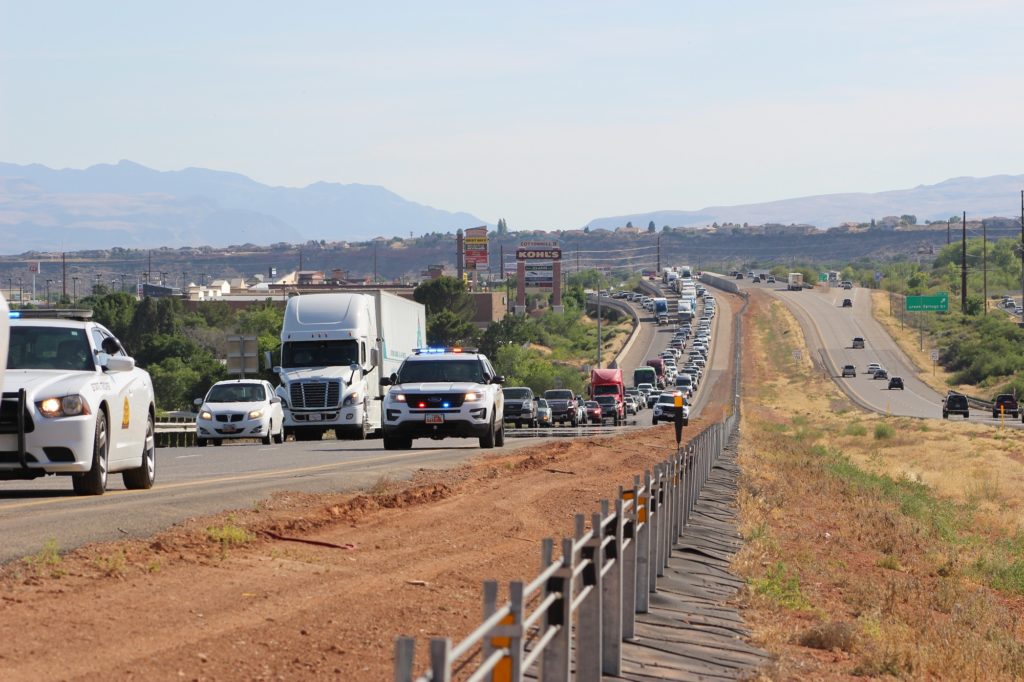 3-vehicle collision on I-15 sends man, son to different hospitals

Rollover injures driver, takes out light pole on I-15