ST. GEORGE — The shoulder of any road or highway can be a deadly place for responders and workers who are assisting in crashes, performing traffic stops or roadwork and those risks grow when passing drivers aren’t paying attention.

With an injury crash occurring every 20 minutes on average in Utah, incident responders run the risk of being placed in harm’s way every day, Utah Highway Patrol Sgt. Todd Royce said in a statement.

The UHP, Utah Department of Transportation and the National Highway Traffic Safety Administration came together during a Traffic Incident Management class Wednesday in Murray to provide the public with information on the Move Over law.

“This is our call to action, we have made it our priority to help educate drivers on this law, and this is a good start in working to keep everyone safe out there,” Utah Department of Public Safety spokesperson Helen Knipe said.

UHP troopers want drivers to slow down and pay attention.

“The road shoulder is a dangerous, even deadly place, and that’s where our troopers often find themselves; whether they’re helping stranded motorists, handling crashes or working a traffic stop,” the Department of Public Safety said in a prepared statement.

Utah enacted its Move Over Law in 2002, most recently amended in 2016 to address those traveling in a high-occupancy vehicle, or HOV, lane. The law aims to protect law enforcement personnel, emergency responders, highway workers, tow truck drivers and others who are stopped at the side of the road, including those who pull over in need of assistance.

This law requires drivers to slow down and move over when approaching stationary emergency or service vehicles, tow trucks and highway maintenance vehicles.

If traffic or road design doesn’t allow drivers to move into the lane next to them, they are asked to move as far to the left or right of the stationary vehicle as possible. The 2016 amendments to the law were added to allow for a move-over lane change out of an HOV lane as well when practicable and safe.

Many drivers aren’t aware of the law even though it’s been enacted in all 50 states, Knipe said.

St. George Police Patrol Sgt. Craig Harding said the Move Over Law applies to city streets as well, pointing to multiple instances on St. George streets where catastrophe was narrowly avoided when drivers failed to slow down while approaching a crash scene.

“Many think they only need to slow down when they are on the interstate,” Harding said, “but that’s not true, and it can be just as dangerous for officers and responders here in town.”

A while back there was a disabled car on the shoulder of Red Hills Parkway that was surrounded by orange hazard cones with an officer wearing a yellow police safety vest working nearby, Harding said. A driver crashed through the safety cones and nearly struck the officer and the driver of the disabled vehicle as his car went speeding by.

“The driver wasn’t even watching the road when he crashed through the cones and almost struck the officer and the other driver,” Harding said, “so all of the safety vests and cones in the world aren’t going to help if the driver isn’t paying attention.”

Tow truck drivers are also at risk when assisting motorists and responding to crashes, Knipe said.

These towing operators find themselves on the shoulder of the road regularly, whether it’s helping a stranded motorist or removing damaged vehicles after a crash, Del Bracken, owner of Bracken’s Auto Tec and Towing in St. George, said.

The risks aren’t confined to the tow truck operator either and can be even higher for the motorist they are sent to help, he said.

Towing operators are trained to always watch for cars speeding by when they are working on any road or highway, Bracken said, but the average driver isn’t as watchful.

“I’ve actually had to jump in the back of my truck to avoid being hit by another vehicle, ” he said, “and have seen stranded motorists nearly hit on the side of the road, once by a semi that barely missed the man.”

Tow truck operators in general have to be wary of every motorist.

“We have to have the mindset that every driver is trying to kill you out there, so we have to always stay on the alert,” Bracken said

The tow truck’s design can increase risk as well, he said, because the instruments that operate the equipment are on the driver’s side of the truck, which naturally places the operator closer to passing traffic in most cases.

“Everything we do once we get out of the truck is done on the driver’s side of the truck, which can be a pretty dangerous place to be,” Bracken said.

A tow truck driver is killed every six days in the U.S., or approximately 61 tow operators per year, according to Jim Starry, a 13-year employee of the International Towing Museum.

“We have a ‘Wall of the Fallen’ here in Chattanooga, Tennessee, to honor those who have made the ultimate sacrifice while helping others on the side of the road,” he said.

“These aren’t just tow truck operators,” Starry said, “these were human beings with children and families.”

The International Towing Museum got its start 27 years ago when a group of towing professionals decided to recognize outstanding individuals in the towing and recovery industry worldwide. The organization’s purpose was to record the industry’s history by collecting and displaying artifacts and memorabilia in a museum, and to provide information about the industry to the public. The ‘Wall of the Fallen’ was dedicated in 2006.

For more information on the “Move Over America” campaign, go to the National Safety Commission online. 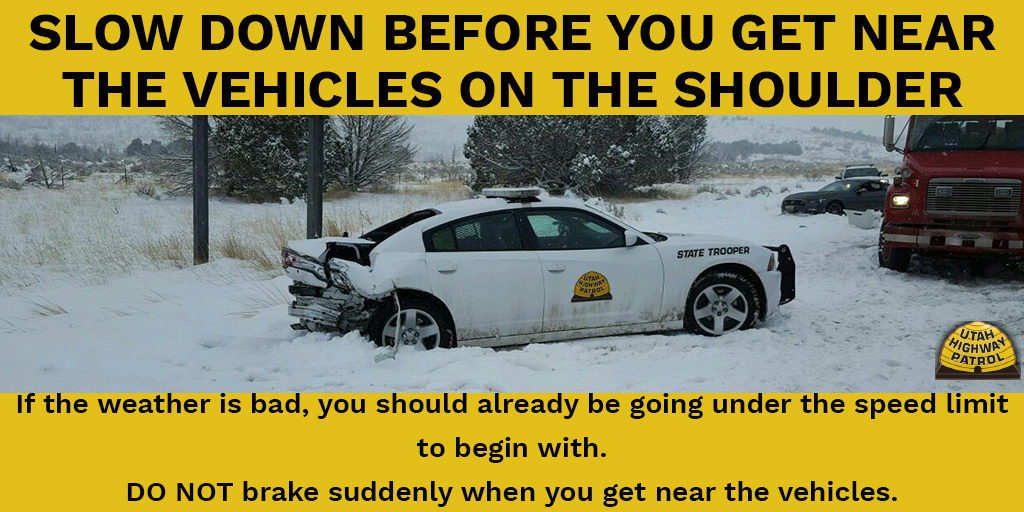 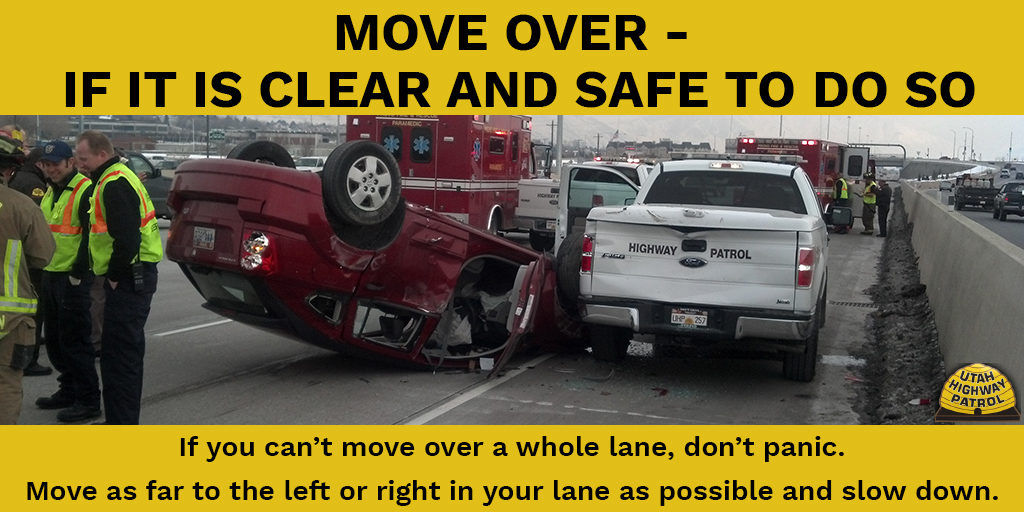 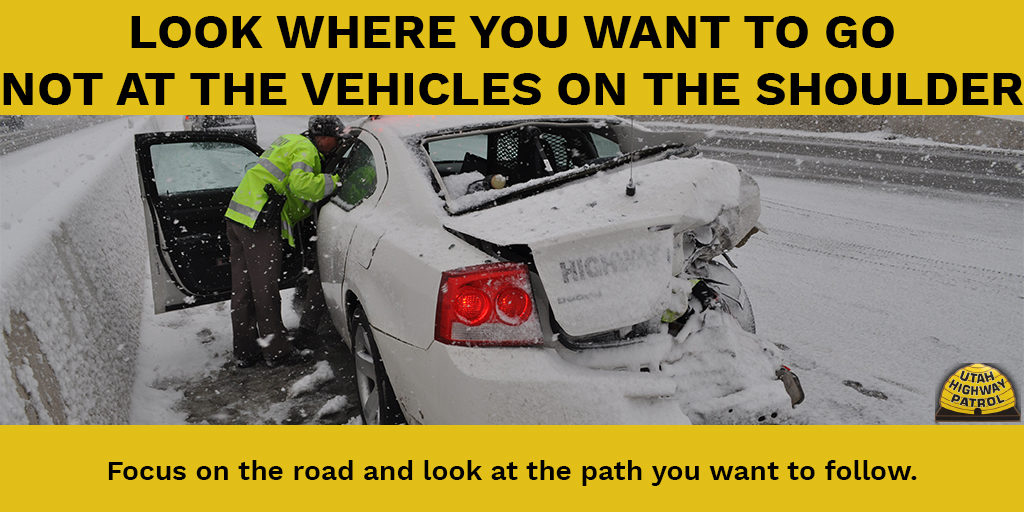 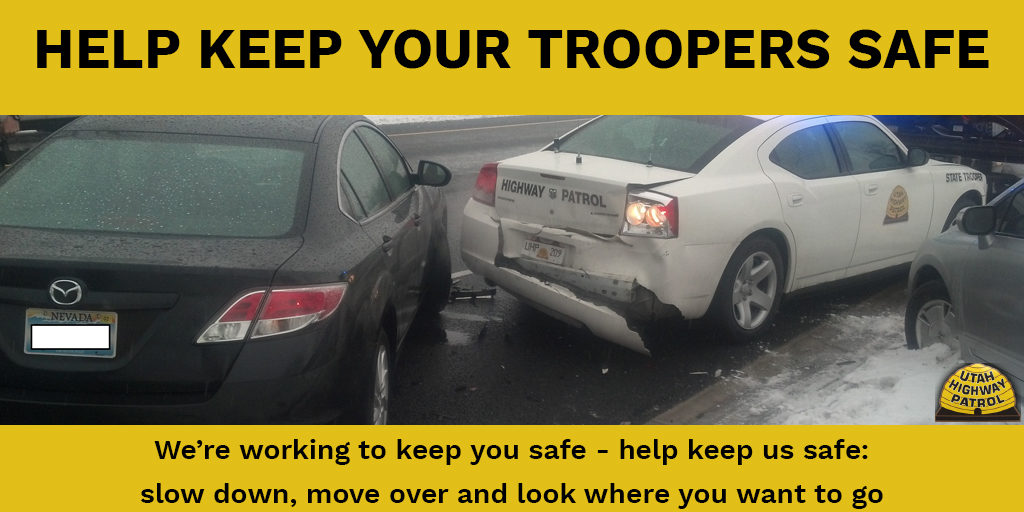 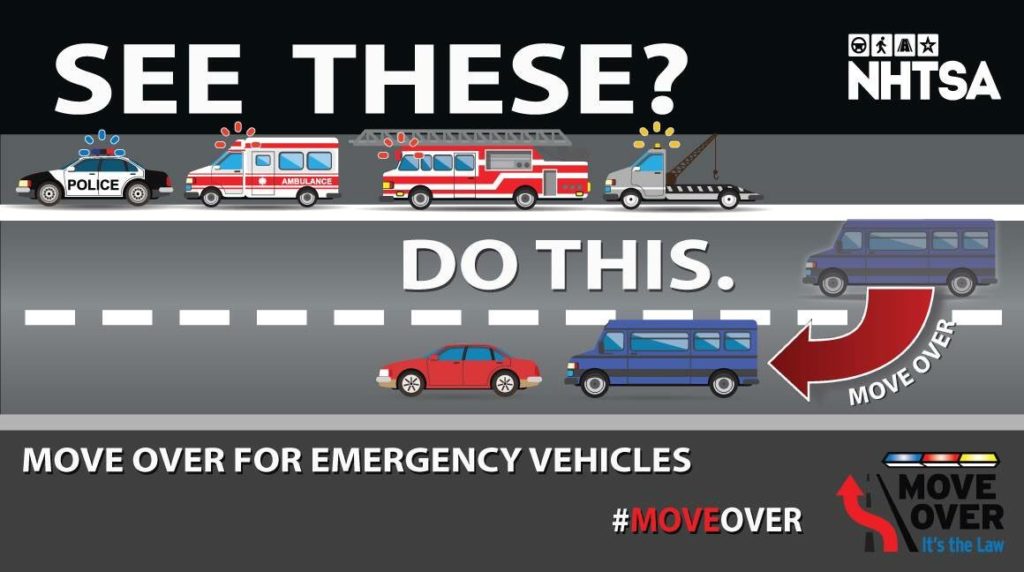 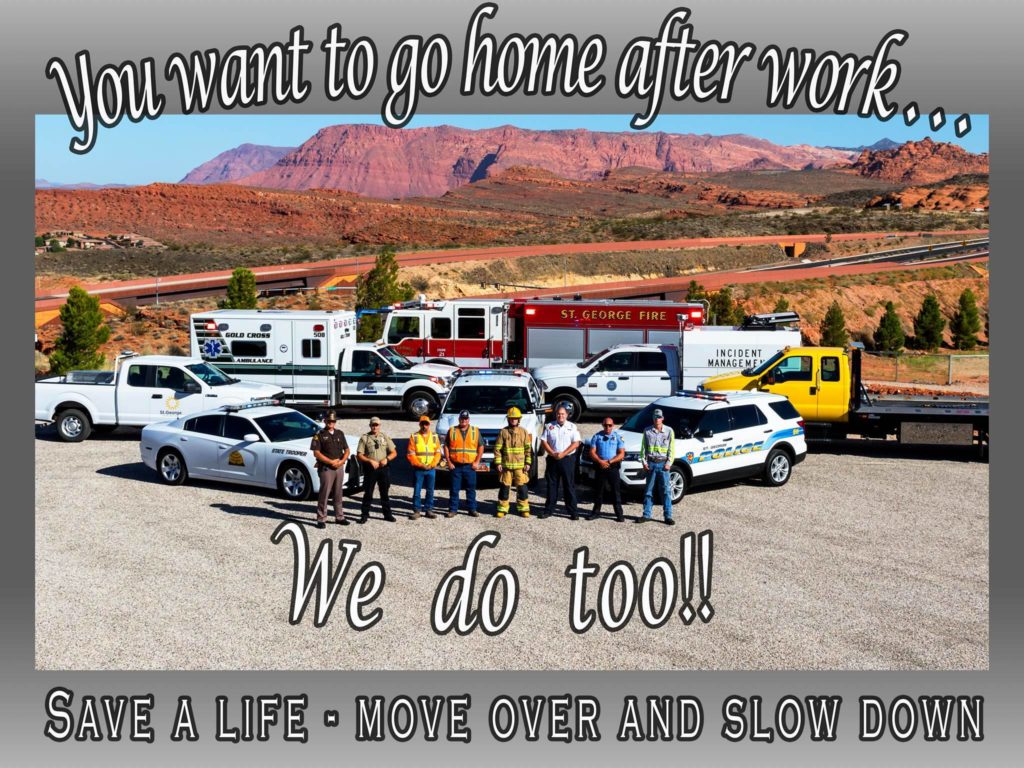 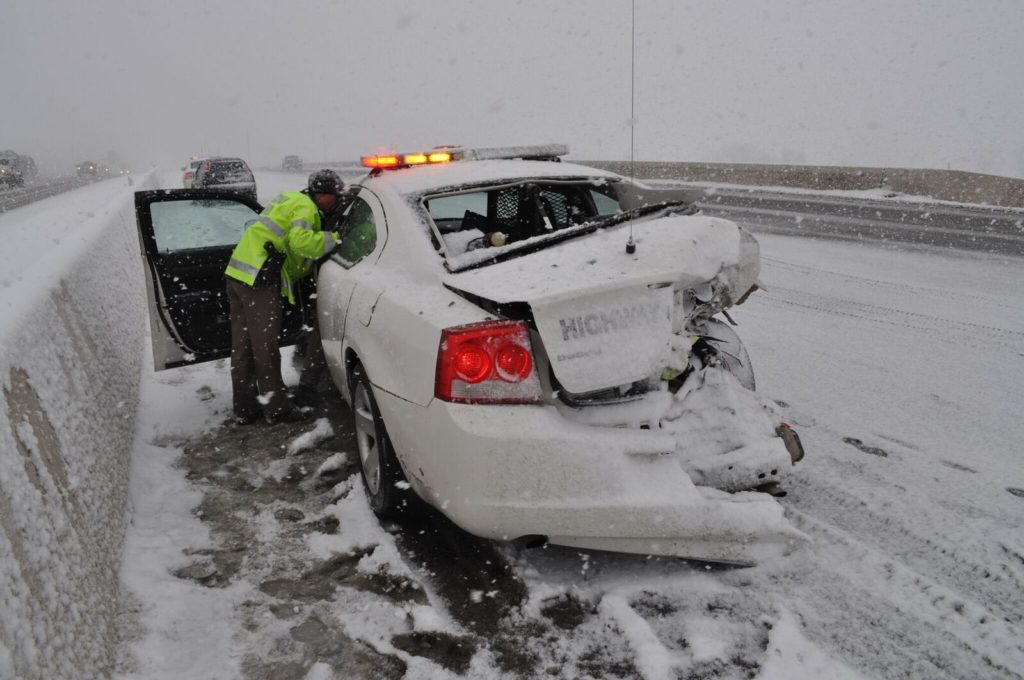 This Move Over campaign photo from May 2017 shows a UHP vehicle that was struck on the shoulder of the road in Murray, Utah, May 31, 2017 | Photo courtesy of the Utah Department of Public Safety, St. George News

UHP trooper hit during I-15 stop recovering; Reminder for motorists to 'move over'