ST. GEORGE — Following contact from a concerned citizen regarding proper handling of the American flags in the St. George City Cemetery after Memorial Day, the city of St. George took action to ensure that proper flag-handling protocol was being followed.

During a subsequent training session, it was discovered that city employees were doing some things right but still needed improvement in other areas.

The issue was first brought to the attention of St. George News as the result of a reader-submitted comment Tuesday on Facebook that included a photo showing a trailer loaded with American flags that had just been taken down from the St. George City Cemetery after Memorial Day.

According to the reader’s comments:

“Was just passing the Saint George cemetery noticed the ground workers taking down the flags. Maybe just maybe they should be folded with respect and honored.”

This concern was also brought to the attention of the St. George Parks Management department and the cemetery staff, St. George Assistant to the City Manager Marc Mortensen said, at which point the American Legion Post 90 was contacted to see if a flag etiquette training class could be scheduled for park employees. The following day the class was scheduled.

Veterans Foster Johnson and Terry Dunne from American Legion Post 90 spent a little more than an hour instructing the men on flag etiquette and presentation, as well as providing the history behind many of the time-honored traditions.

During the training Johnson and Dunne discovered that the city parks employees were responsible for handling more than 50 flags Monday, which is fairly typical during veteran-related holidays.

They also learned that each flag was individually folded into a triangle with 13 folds before being returned to the container for storage.

The city workers told St. George News that they took the flags down in sections and placed them in the trailer before moving them to an area where two tables were set up.

The tables allowed a clean space where the flags could be properly folded without the risk of touching the ground. The flat surface helped them keep the folds straight so the flag ended up in the triangle, said Cody Schmitt, St. George assistant parks manager.

“The mistakes made occurred as the flags were taken down and put in the trailer before folding,” Schmitt said, “but this class helped us to improve handling procedures from start to finish.”

Dunne and Foster provided a demonstration on flag folding, as well as information on raising and retiring the flag, instruction on when to fly it and in what conditions the flag is lowered to half-mast. The pair also provided some historical background behind the hallowed traditions surrounding the handling of the American flag.

“The benefit of today was huge,” Marlen Pinkelman, Tonaquint Cemetery sexton, said, “because I have never been in flag training, and I understand the gravity and importance of handling the American flag.”

As cemetery sexton, Pinkelman supervises and cares for the cemetery.

City employee Austin Squires went over the duties the workers performed on Monday and said that after Thursday’s training he came to realize that the flag-handling process is one that requires them to slow down and take their time to get it right.

“Even though I have all of this love and respect for the flag, this really opened my eyes to the whole process,” Squires said.

Mortensen said that the city takes responsibility for the mistakes made as the flags were taken down Monday, and the whole point behind the training is to improve flag-handling procedures going forward.

“The city acknowledges the mistake, and we have the utmost respect for the American flag,” Mortensen said.

For assistant parks manager Schmitt, the training with the American Legion provided more than expected, particularly in the detail and glimpse into the history that was provided all throughout the training.

Schmitt also had something to say about his crew.

“I was very, very pleased with our employees and the care and respect they showed for the flag and the time they took to fold each one in a military fold before they were stored,” Schmitt said.

The United States flag consists of a blue rectangle in the canton bearing 50 white stars representing each state and offset by 13 alternating red and white stripes representing the 13 original colonies.

Through the efforts of both the American Legion and the VFW in promoting flag etiquette more than 90 years ago, the United States Flag Code was passed on June 14, 1923. Prior to that date there was no federal regulation that governed the handling of the flag.

There was previously a section in the Flag Code that contained criminal penalties for certain acts of desecration to the flag. The statute imposed a fine and potentially one year in prison for knowingly mutilating or physically defiling an American flag. However, that section was struck down as unconstitutional and later amended with the Flag Protection Act of 1989.

Other violations of the Flag Code that aren’t necessarily followed to the letter include:

While there is no legally defined symbolism in the flag, George Washington is purported to have said the following about the symbolism of the flag:

We take the stars from Heaven, the red from our mother country, separating it by white stripes, thus showing that we have separated from her, and the white stripes shall go down to posterity representing Liberty. 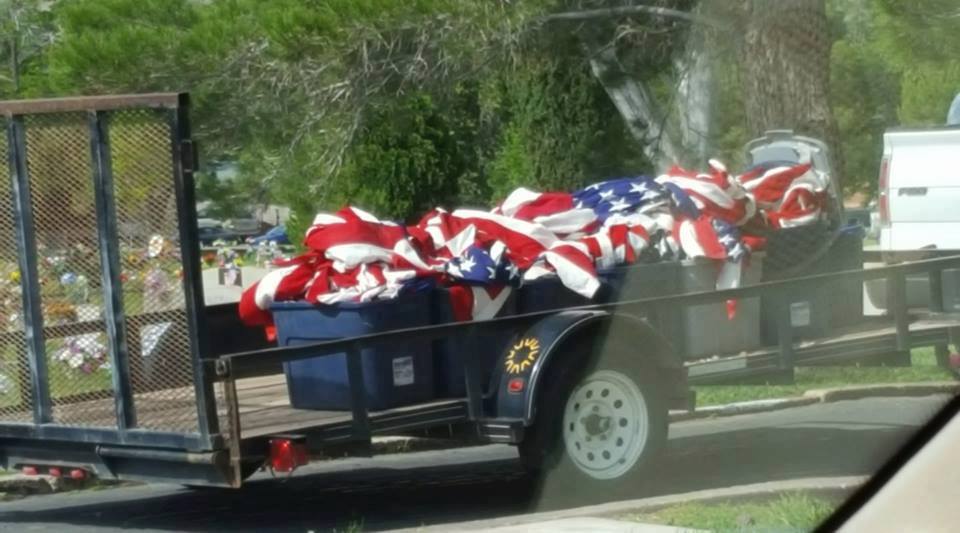 Flags loaded into a trailer at the St. George Cemetery after Memorial Day, May 30, 2017 | Photo courtesy of John Robinson, St. George News 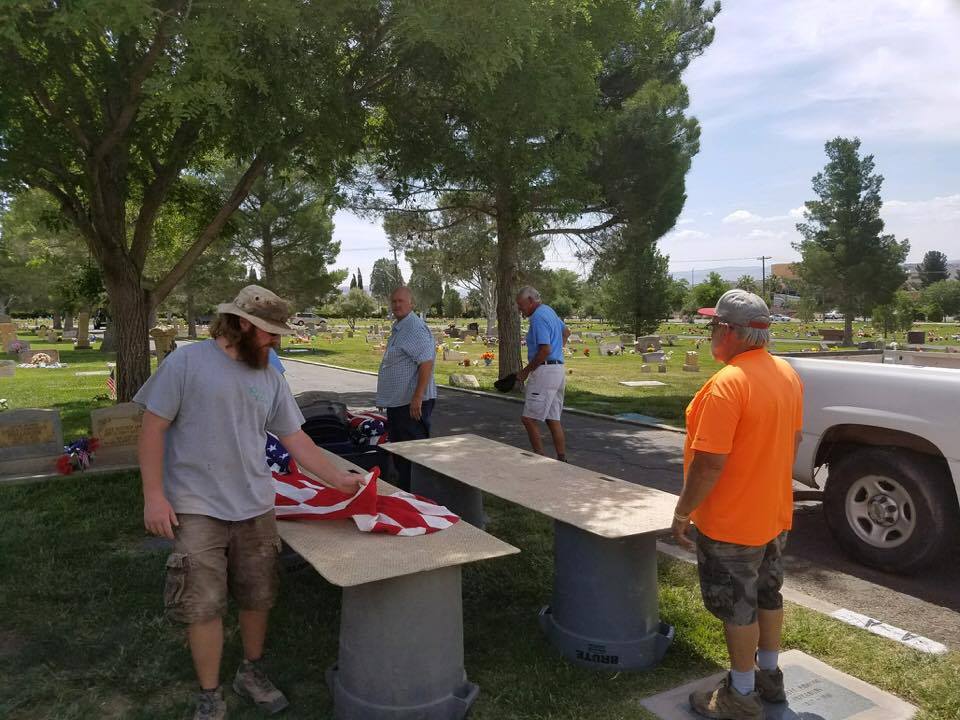 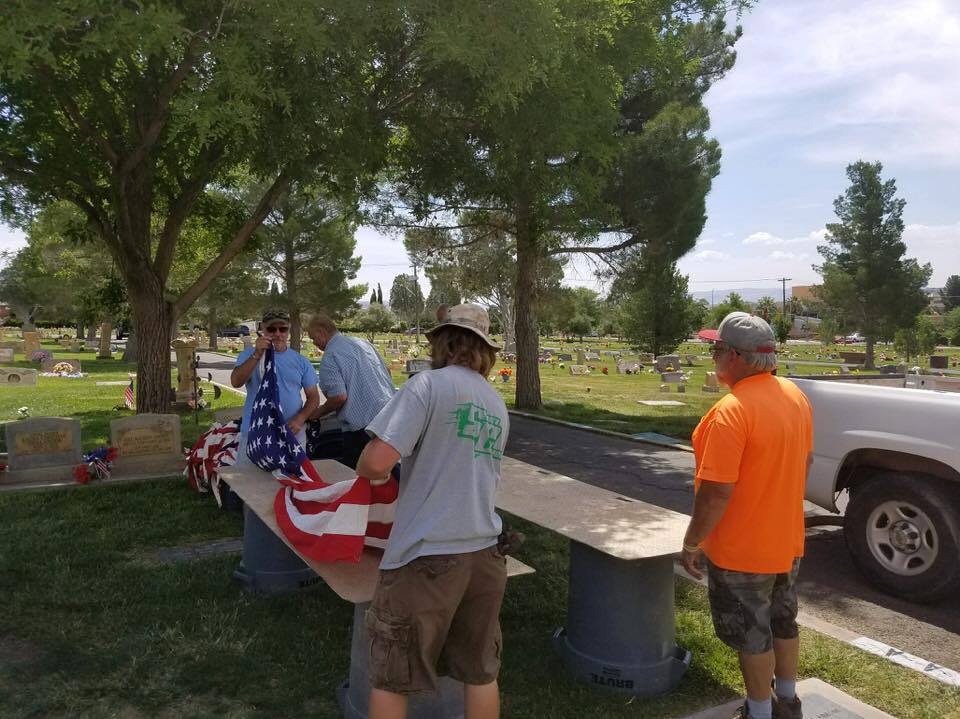 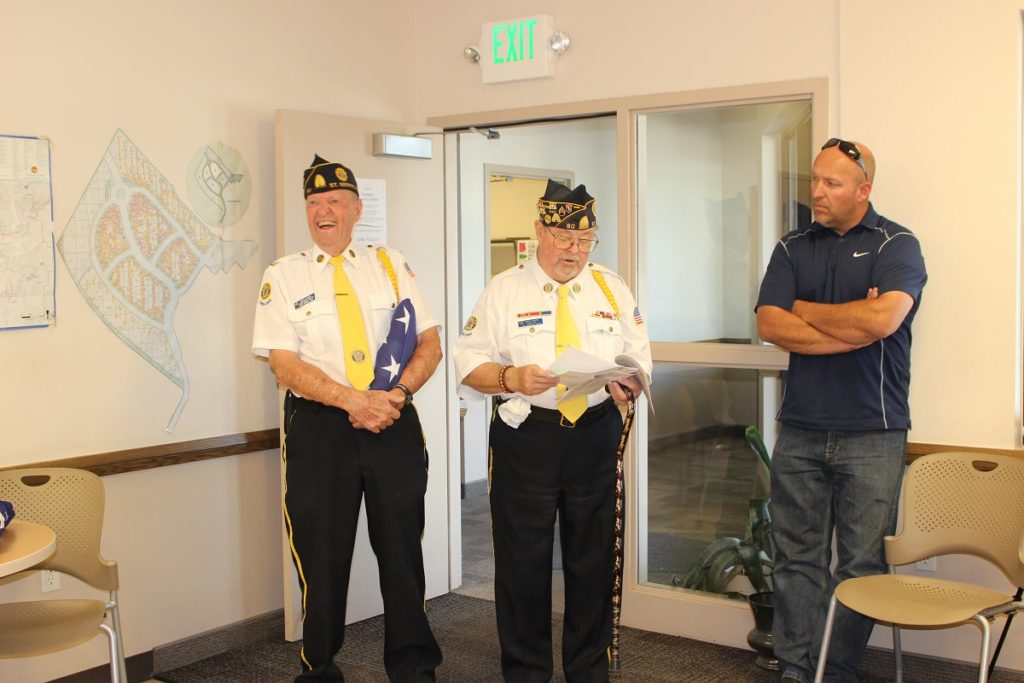 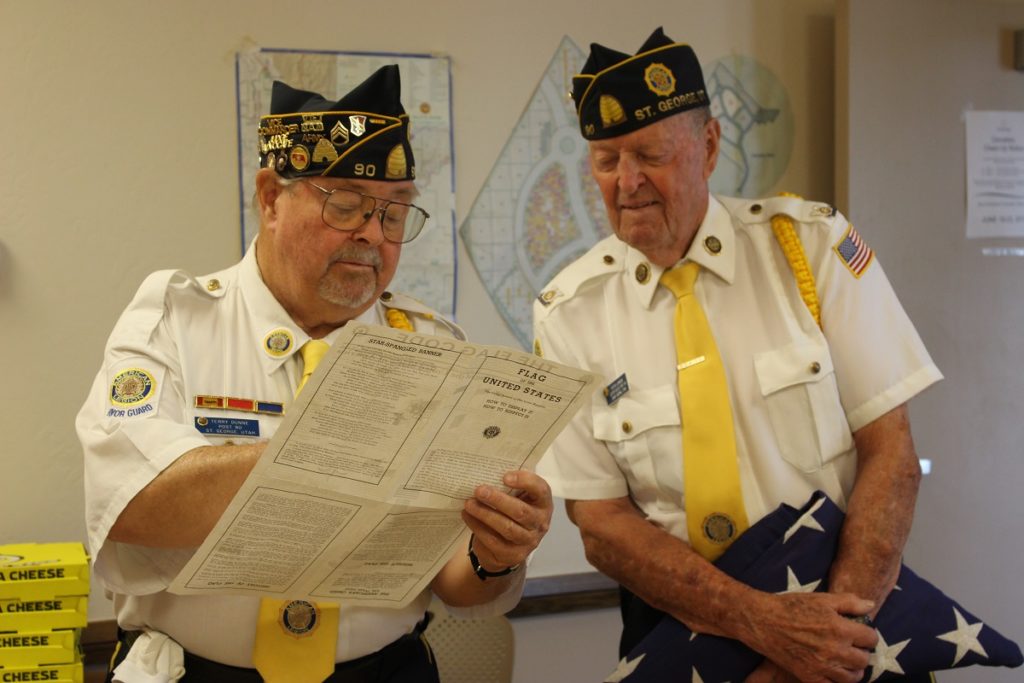 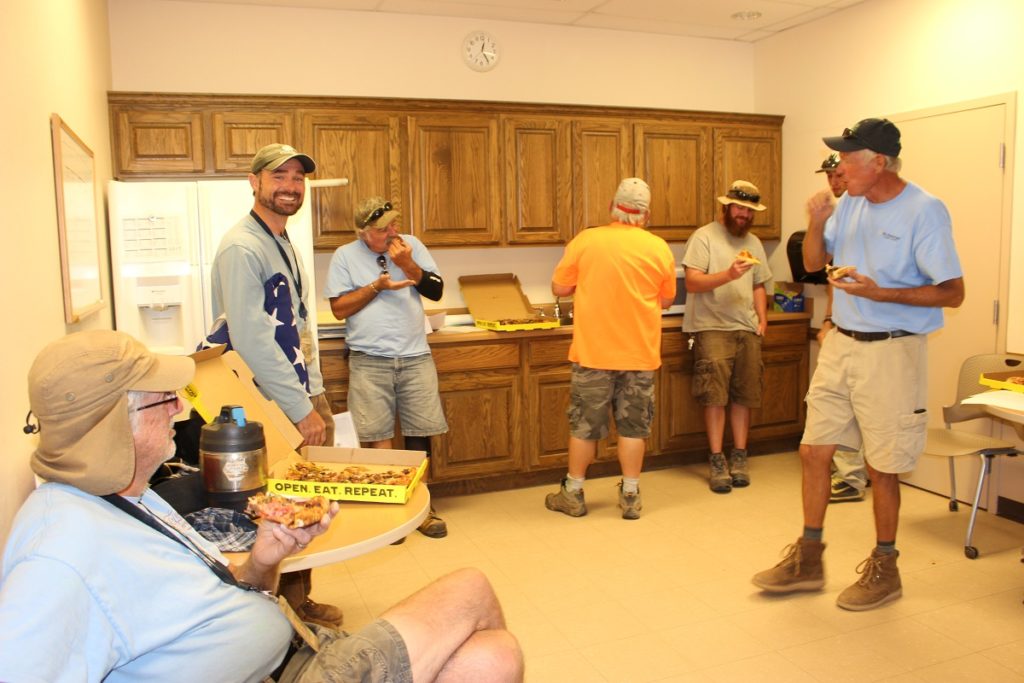 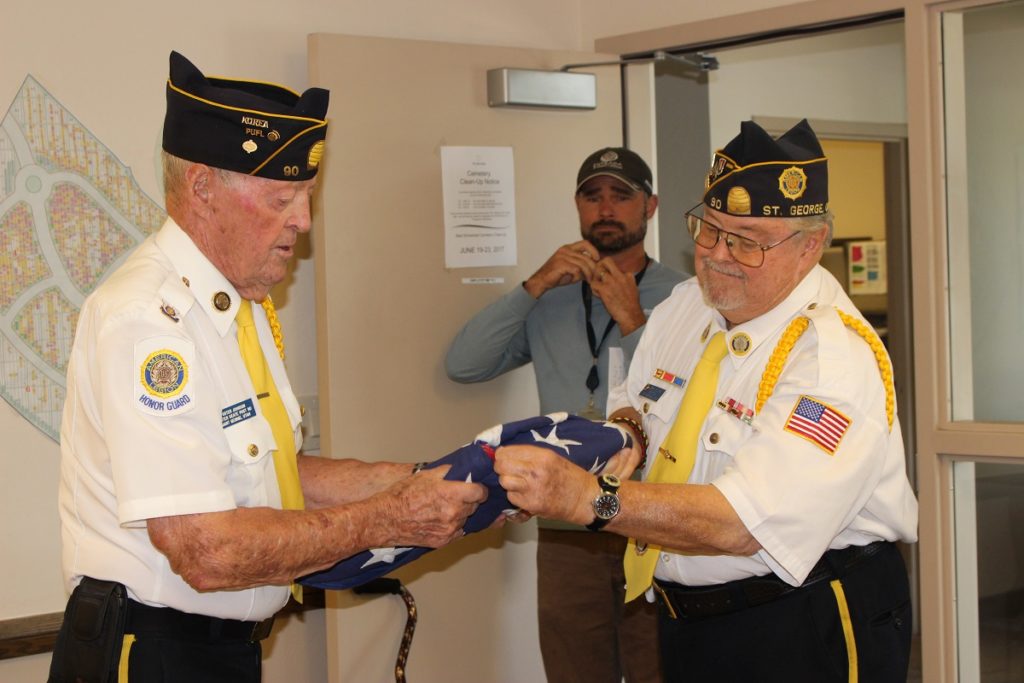 Memorial Day services honor those who 'gave the ultimate sacrifice'