ST. GEORGE — Much needed resources for students struggling with dyslexia will soon be available in Southern Utah thanks to a new nonprofit organization called Reading for Life Southern Utah. 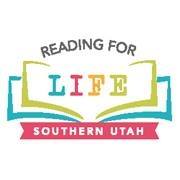 According to statistics from the Dyslexia Center of Utah, one in every five students or about 20 percent of the student population has a language-based learning disability; the most common among them being dyslexia.

But for as common as dyslexia is, resources for students and their parents are scarce in St. George. Currently there are no dyslexia screenings offered in the area, there are very few private tutors and there are no support groups.

Reading for Life hopes to change all of that by providing funding for educators to become certified dyslexia tutors who will then be able to offer affordable tutoring for Southern Utah students with dyslexia. The organization also hopes to raise awareness about dyslexia and provide more resources and support to children and their parents.

About Reading for Life

Reading for Life was founded by local parents who have students that have been diagnosed with dyslexia. It is the personal heartache of watching their own children struggle to learn to read coupled with a lack of resources to be able to help them that acted as the catalysts for starting the nonprofit organization.

In 2014, Reading for Life co-founder Angela MacKay’s then seven-and-a-half year old daughter was diagnosed with dyslexia and attention deficit disorder. But the diagnosis was only the beginning of the journey for MacKay and her daughter.

MacKay was told that there were a few evidence-based, multi-sensory approaches to helping dyslexic students learn to read and spell — among them the Orton Gillingham approach and the Wilson Reading System — but the problem was finding a tutor certified to teach the programs.

“We were shocked that we couldn’t find any certified tutors in Washington County,” MacKay said, adding that they ended up hiring a tutor from Las Vegas who conducts the sessions via Facetime.

One of the main focuses of Reading for Life is to find educators living in Southern Utah who are interested in and willing to become certified dyslexia tutors. The organization recently sent four teachers to the University of Utah Reading Clinic to attend a three-day training on the Wilson Reading System. The educators will then do a year-long intensive practicum during the 2017-2018 school year to become certified.

It is the hope of Reading for Life founders that these teachers will not only be able to help students in their classrooms but will be willing to do private tutoring sessions. Though MacKay said they can’t dictate how much the tutors will charge, they hope it will be affordable for most parents who have students with dyslexia.

Still for the MacKay’s the price tag has been worth it.

“The inability to read affects a child (or adult) in many ways,” MacKay said.

Students who struggle to read often falter in other subjects because they can’t follow their textbooks and end up falling behind, MacKay said, adding that one of the most detrimental side effects is low self-esteem and depression.

Reading for Life co-founder Melissa Miller attests to that. In 2016 Miller’s daughter was diagnosed with dyslexia, attention deficit hyperactivity disorder and severe depression.

My daughter began to show signs of dyslexia before she began Kindergarten. Had I known what to look for, I believe I could have saved her and myself a lot of heartache. It became apparent by the end of Kindergarten that something was not clicking. She was unable to do many of the simple tasks such as rhyming or would make up her own words that matched the pictures of the book rather than reading what the actual words spelled. We were told on several occasions that kids learn at their own pace and we should not be alarmed, but by the time she was in second grade her reading ability was barely at Kindergarten level. Not only was her reading below grade level, also math and science.

Half way through first grade is when (my daughter) began to notice she was different from the other students in her class. Not long after that is when she would tell me how stupid she was and she wished she wasn’t even born. A mother is never prepared to hear that from their child. My heart was broken and she was so sad.

Miller said it took nearly two years to get a proper diagnosis and start on a path to helping her daughter read. Miller was able to find her daughter a tutor who lives in Southern Utah but the tutor is so overwhelmed with requests she is turning students away, Miller said.

Part of the reason it was so difficult for both Miller and MacKay to pinpoint why their daughters were struggling is due to the fact that most school curricula, even in special education, aren’t intentionally designed to meet the needs of those who are at the greatest risk of not learning to read, said Stacey Larson, a Washington County School District teacher. Larson is part of the first group of educators Reading for Life is funding the training for.

Larson said that she has always been a firm believer that every child can learn but some don’t learn in the same way or on the same timeline and that is sometimes a difficult thing in a school setting.

Larson has taught in the Washington County School District for 14 years and has taught second, third and fourth grade as well as special education. She is excited to learn the Wilson Reading System precisely because it is designed intentionally and specifically for those students who struggle most in learning how to read.

“It gives us, as educators, additional tools that enable us to be optimally effective with our instruction so that every child gets to be an accomplished reader and learner for life,” Larson said.

“It’s an amazing opportunity for us and for our students,” Larson said.

As a nonprofit organization, Reading for Life is reliant on donations and fundraising efforts to be able to continue their mission of raising awareness about dyslexia and providing resources and support to students and their parents. Anyone wishing to be involved can contact Melissa Miller at [email protected] or Angela MacKay at [email protected].

Assistance League makes a difference with books for elementary schoolchildren

Protect your harvest by managing insects on vegetables, herbs