Architectural rendering of the new Crimson High School, which is expected to open in the fall of 2019 | Image courtesy of Washington County School District, St. George News

ST. GEORGE – New boundaries for three area high schools were adopted Tuesday in anticipation of the opening of the new Crimson High School in 2019.

The boundaries were approved by the Washington County School District Board of Education during a regular meeting Tuesday. See boundary maps at the end of this article.

The new high school, a new intermediate school and a new elementary school are needed to accommodate growth in the Washington Fields and Little Valley areas.

Crimson Middle School is set to open in the fall of 2018 and Majestic Fields Elementary is expected to open for the 2017-2018 school year.

“It’s a hard decision to make, but after consideration and feedback from parents, we feel this is the best fit,” Holmes said. “This is where the most people feel the most comfortable.”

The new boundaries may still be adjusted depending on how growth occurs before the new high school opens, district spokesman Steve Dunham said.

The projected enrollment for Pine View High School is expected to be about 1,200 students. Currently, the boundaries for Crimson and Desert Hills high schools contain 750-800 students, which could rise to close to 1,000 each by the time Crimson opens, Holmes said.

All three new schools will be paid for by bonds authorized by voters in 2013 when a $185 million bond for school construction was passed in a special bond election.

A lot of growth has taken place in the Little Valley area and the Washington Fields area, Rex Wilkey, assistant superintendent for elementary education, said previously.

Substantial growth is also occurring south near the Arizona border and the Southern Parkway and the trend is expected to continue. The boundaries may need to be redrawn within the next 10 years, board members said.

The high school boundary changes will take effect once the new schools are open, Dunham said.

Boundary changes for several elementary schools were approved by the board in January to accommodate the new Majestic Fields Elementary and because of growth in the southeastern part of the school district.

The new boundary maps are included below and are also available on the Washington County School District website. Here are links to the individual maps: 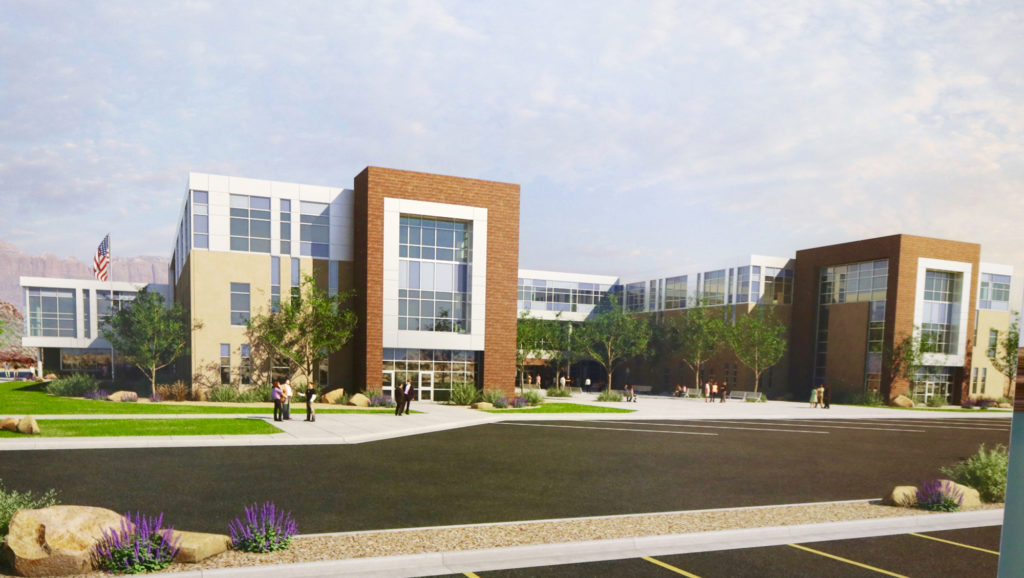 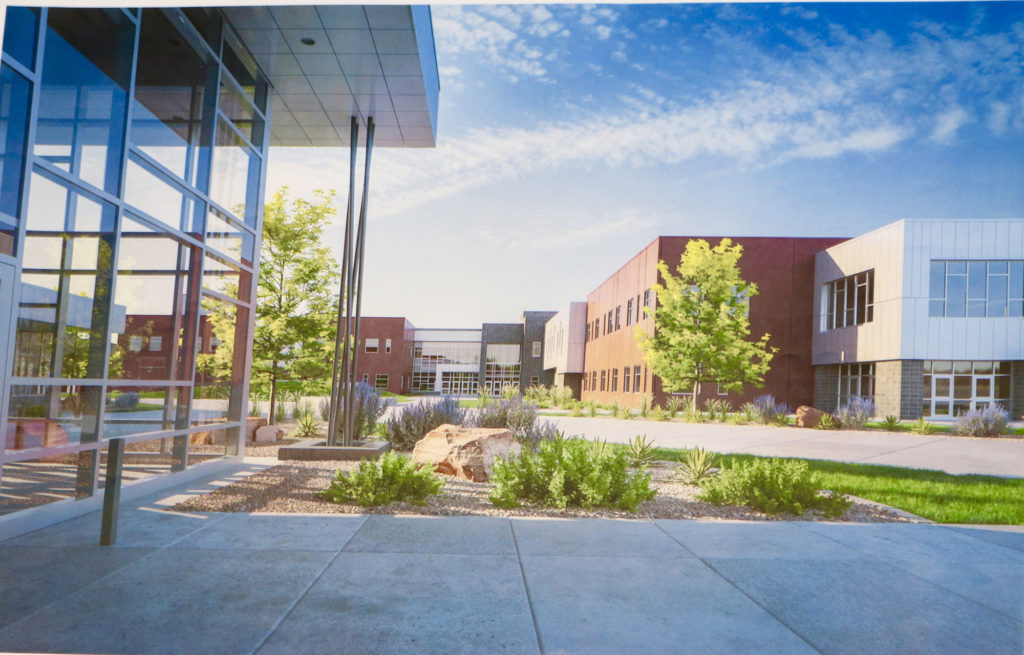 Architectural rendering of the new Crimson High School, which is expected to open in the fall of 2019 | Image courtesy of Washington County School District, St. George News 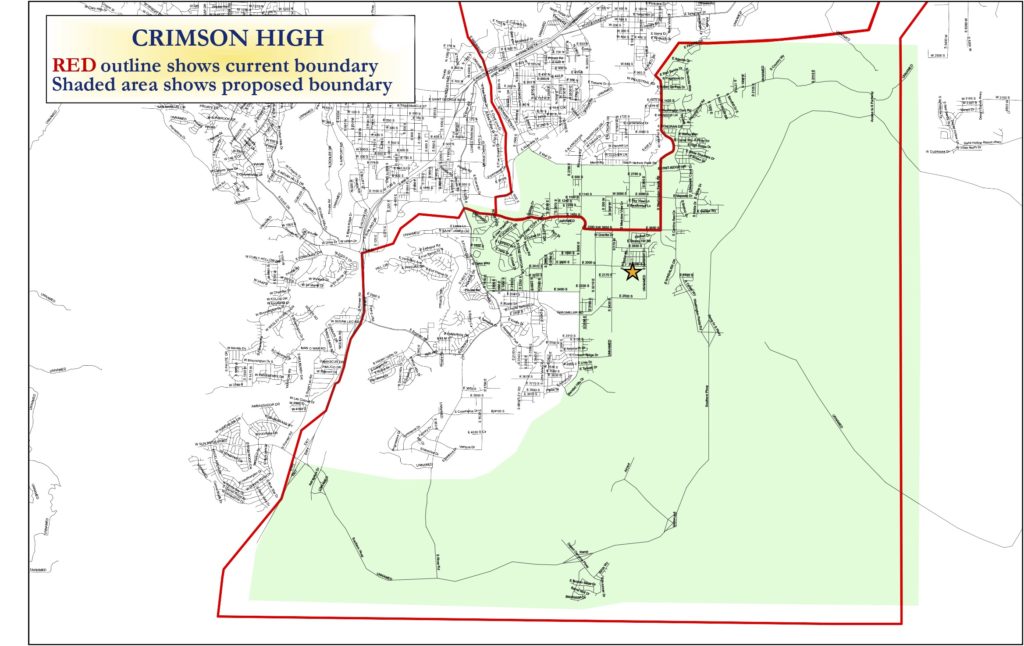 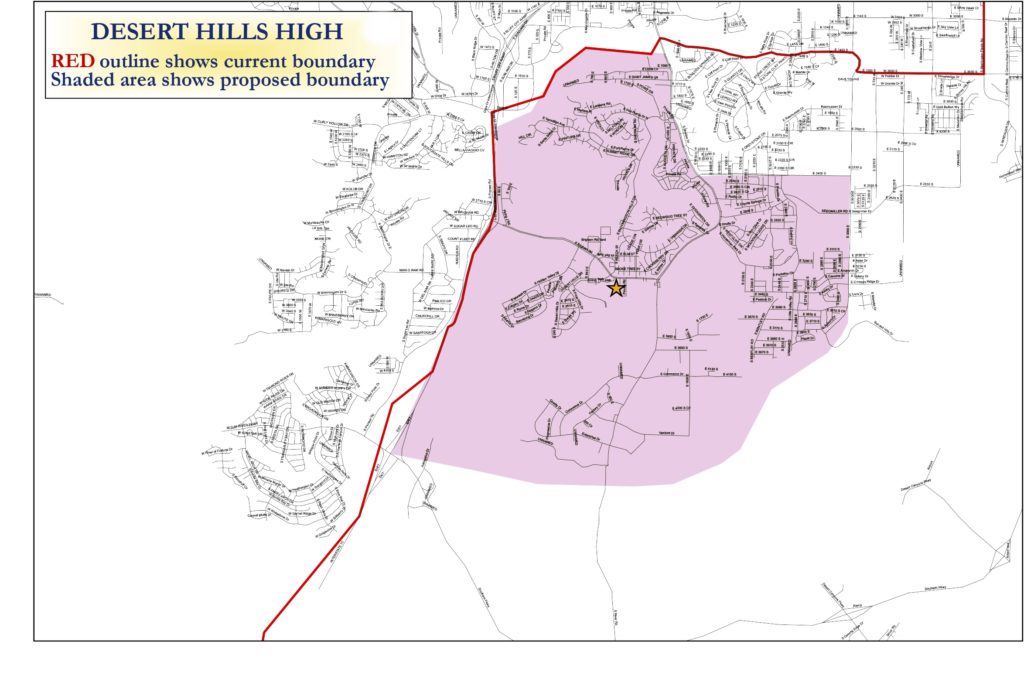 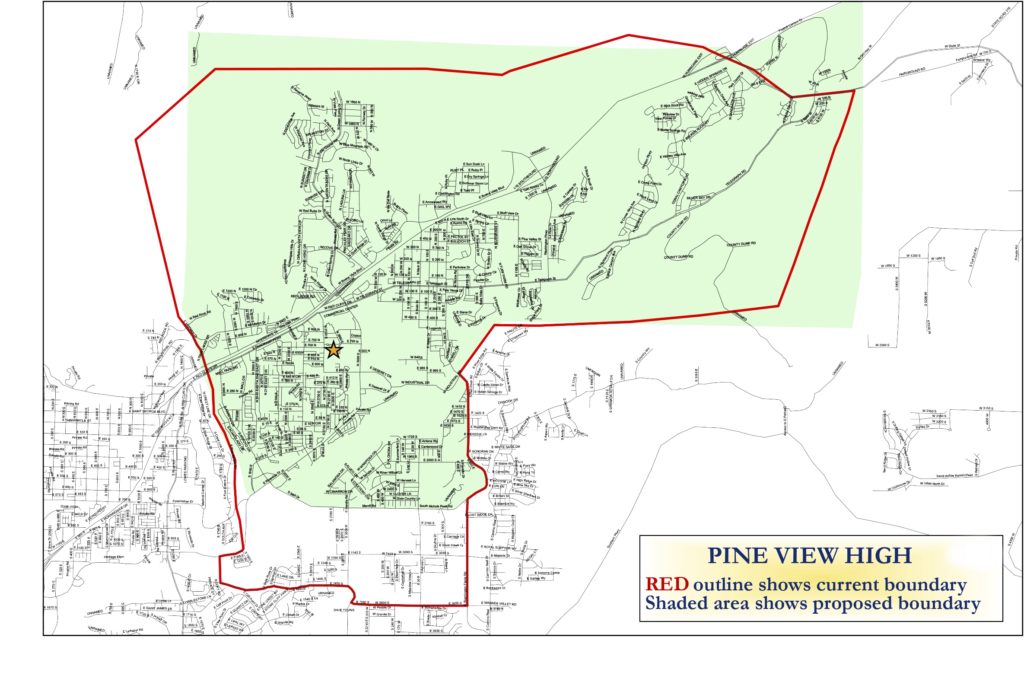