UPDATE: Apr. 28, 10:07 p.m. — According to a statement released by the Utah Highway Patrol Saturday night, the third victim, 22-year-old Timothy Fahsel who was flown to Dixie Regional Medical Center in critical condition died at the hospital. The driver of the vehicle, 21-year-old Michael James and rear passenger, 26-year-old Jason Fahsel were pronounced dead at the scene. All three men were from St. George. The fourth occupant sitting in the front passenger’s seat sustained minor injuries in the crash.

ST. GEORGE — Two men were killed and one flown to the hospital in critical condition after an SUV rolled multiple times on state Route 18 Saturday morning.

Shortly before noon a single vehicle rollover was reported on SR-18 near mile marker 7 in St. George involving four occupants in a Dodge SUV that was traveling south when it veered off of the highway and started to roll, Victoria Harris of St. George said.

The police investigation later showed that the Dodge Durango was heading south on SR-18 and drifted to the left, while the driver pulled the wheel to the right to return to his lane. Instead it sent the SUV careening off of the right-hand shoulder into dirt and rocks.

The driver continued to lose control while the vehicle slid sideways before it rolled over one time, landing right-side up facing east. James and two rear passengers, Timothy and Jason Fahsel were ejected during the rollover. The front-seat passenger was wearing his seat belt and remained in the vehicle.

Victoria Harris was heading north on SR-18 at the time with her husband and hearing the crash she looked up to see “dust flying everywhere on the other side of the road,” she said.

They pulled over and ran to where the Dodge came to rest and saw that three men had been thrown from the vehicle during the rollover, and one passenger remained inside secured by his seat belt, she said.

The couple attempted to help the men who were ejected but according to the couple one passed away within a few minutes of their arrival.

“I heard one of them take his last breath,” Victoria Harris said.

Her husband, Randy Harris, helped one of the men who was ejected while responders were en route, she said.

Victoria Harris also said the man who remained in the car during the rollover got out of the vehicle and tried to help his friends.

Victoria Harris shared what the couple witnessed at the scene, and the loss they felt.

“The one that was life-flighted, and the other two that were thrown from the car weren’t wearing their seat belts,” Victoria Harris said sobbing, “people please, wear your seat belt.”

Another witness, Sage Nutter of St. George, was traveling south on SR-18 returning from a camping trip, and was in front of the Dodge when he said.

“My friend Natalie saw in the rear-view mirror a car flying off of the road,” Nutter said, “and I saw it roll probably four times with dust flying everywhere.”

Immediately after witnessing the crash Nutter and his friend made a U-turn and pulled to the side of the road, he said, and called 911 before running to the Dodge to see if they could help.

As they neared the SUV, Nutter realized that he knew one of the men who had been thrown out of the vehicle.

“When I ran up I saw that I knew one of them, he was my good friend,” Nutter said, “and I can’t even describe the feeling, it’s horrible.”

The four men were returning to St. George after camping for the night in Baker when the crash occurred, UHP said.

Family notifications have been made. The investigation into the crash is ongoing. The Utah Department of Transportation’s Incident Management Team also responded and assisted officers at the scene.

This report is based on preliminary information provided by witnesses at the scene and does not contain the official statement from law enforcement. 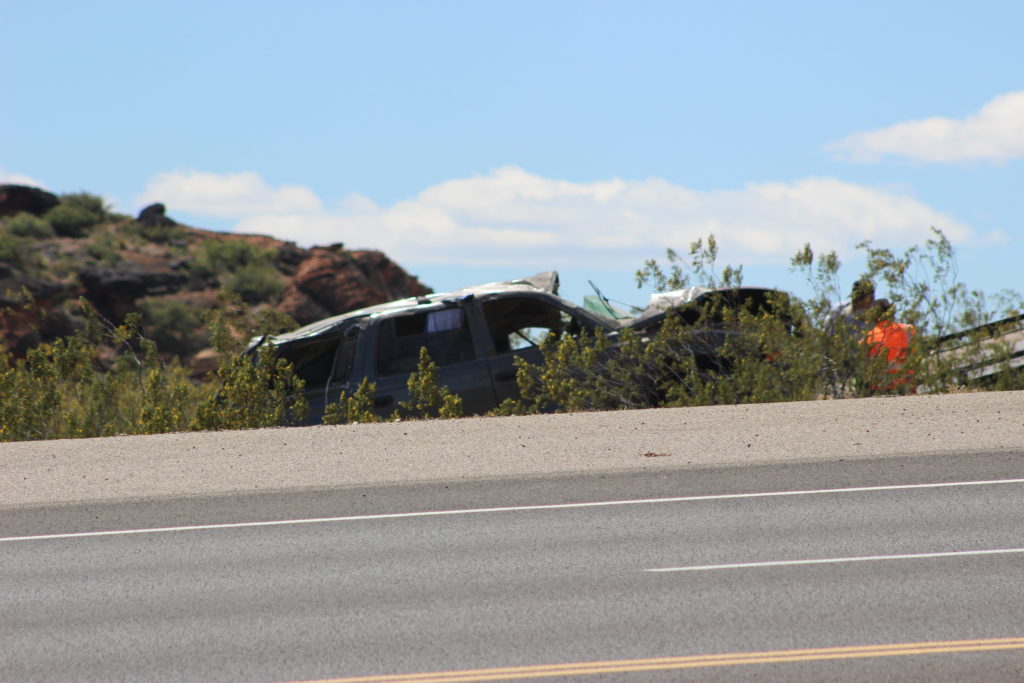 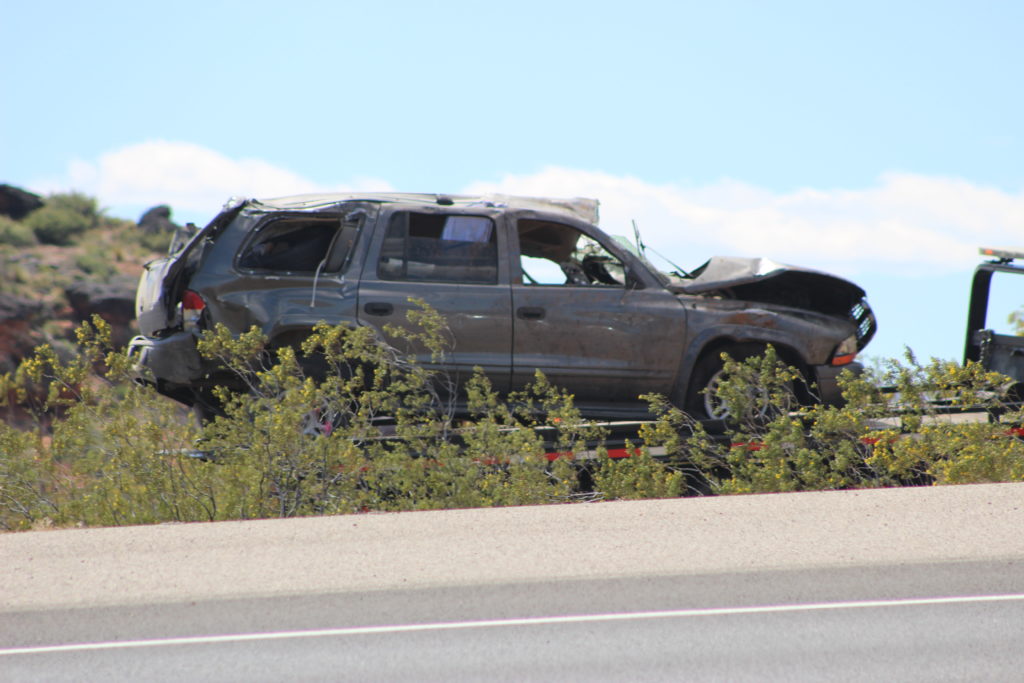 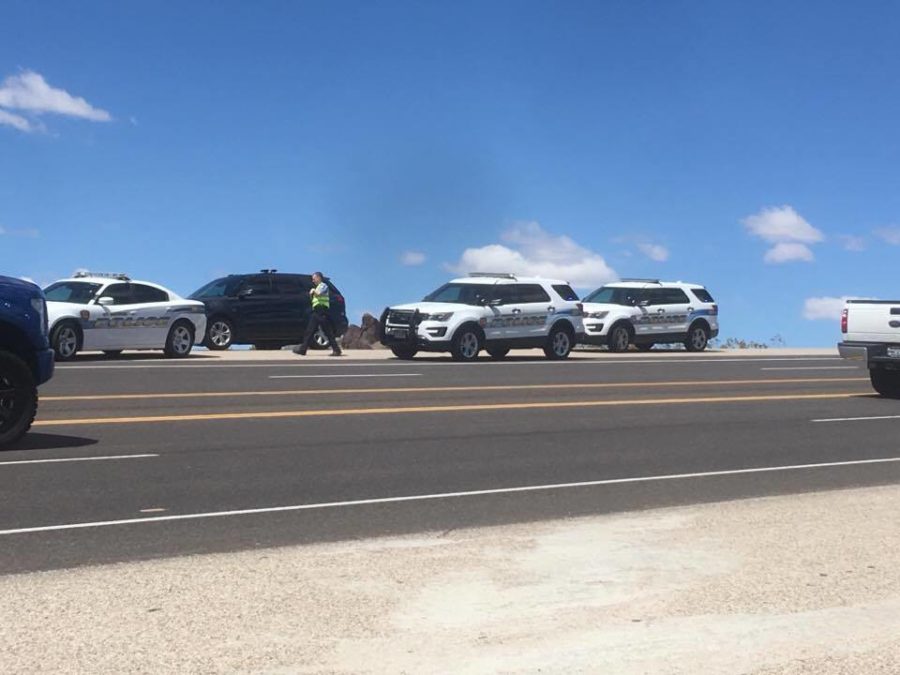 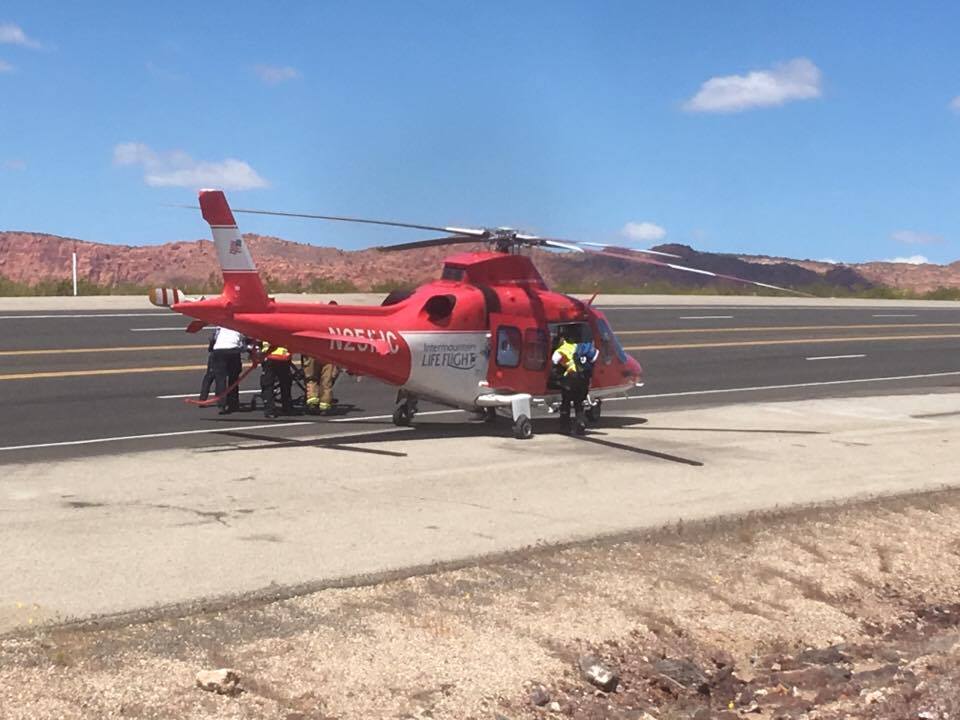 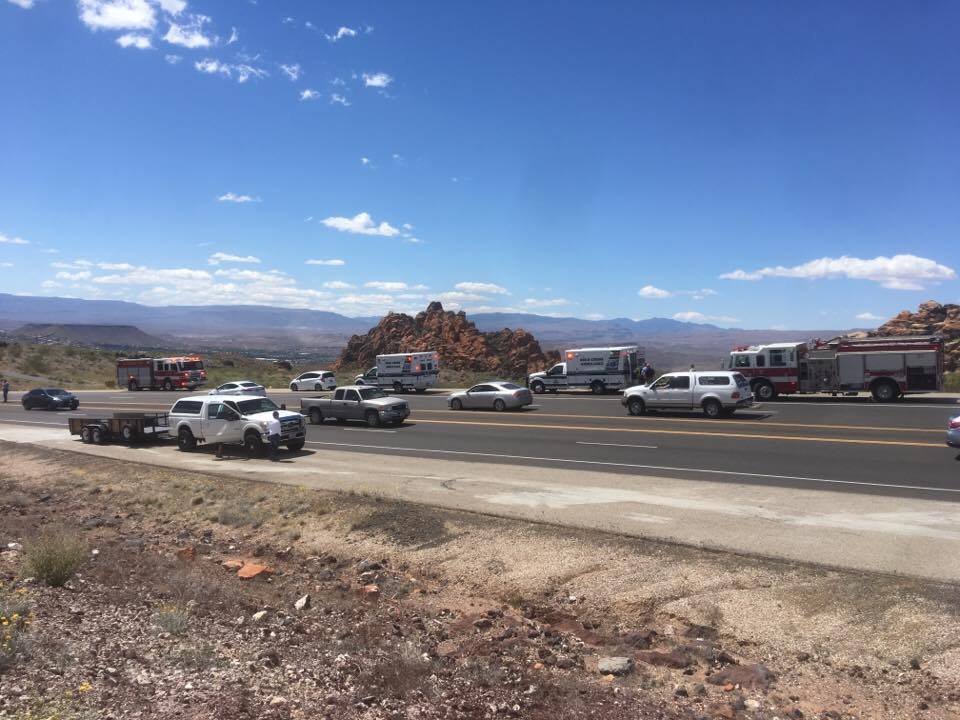 Driver dies after allegedly failing to stop at intersection