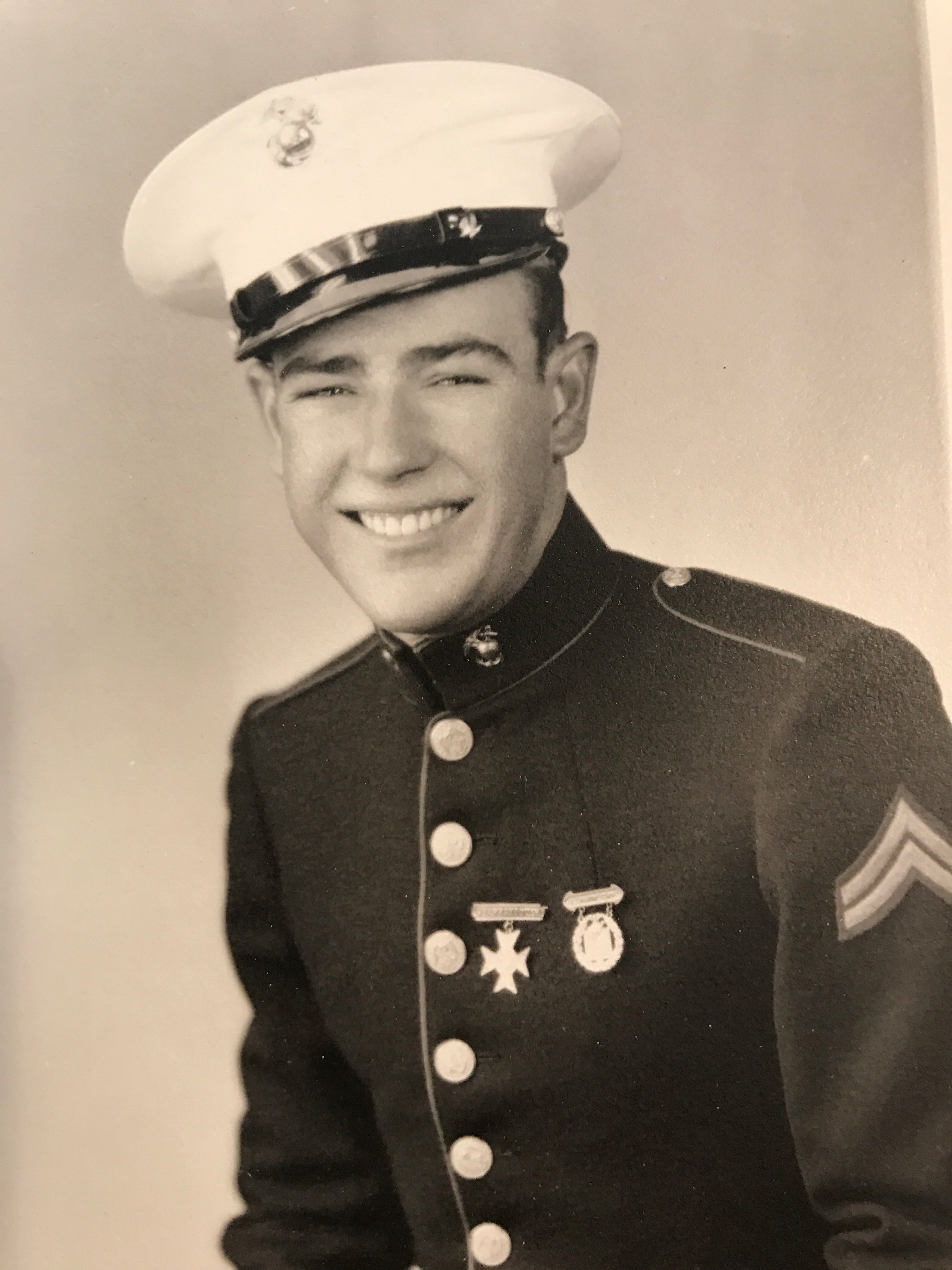 Marcel grew up in Price with five older brothers whom he loved and admired. His father was frequently absent and life could be difficult. He expressed many times love and admiration for his mother being able to provide for and raise five boys. Growing up he enjoyed playing baseball and said that he did anything he could to help contribute to the household.

He joined the Marine Corps at the age of 18 in 1943 and was honorably discharged on April 28 of 1946 after serving in the Oriental Theater in WWII. He started his tour in Panama and by the time his platoon reached China, he and one other soldier were the last ones left in his platoon.

After his discharge from the Marine Corps, he worked for Wonder Bread driving a delivery truck from Salt Lake to Price. It was during this time that he met Fern Shurtz Andersen in Salina and they fell in love. He decided to move to Boulder City, Nevada, to look for a better job, eventually being hired by Andersen Dairy delivering milk to Central Market and Safeway in Henderson where he was able to provide a comfortable living for Fern and her daughter Joan. Marcel and Fern eventually moved to Las Vegas where he was the manager of a Safeway.

Marcel and Fern enjoyed spending time at Lake Mead. He enjoyed single ski water skiing, hunting deer and quail and fishing. He was a big fan of the Utah Jazz, and he and Fern watched their games faithfully. They traveled extensively and owned a second home in Yuma where they spent winters after retiring. They loved Arizona and traveling into Mexico with their friends.

The family would like to give special thanks to many friends for their kindness and the staff at Coral Canyon Beehive Home for their care of Marcel.

Arrangements have been entrusted to the care of Spilsbury Mortuary, 435-673-2454.  Friends and family are invited to sign Marcel’s guestbook at www.spilsburymortuary.com.