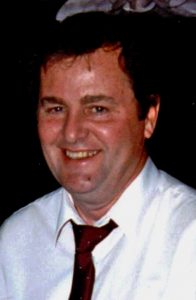 Ron was born in Jersey City, New Jersey, to William and Helen LaFaye on Oct. 9, 1937. He married Irene Chompff on July 13, 1980, in San Pedro, California. He graduated from the University of Phoenix later in life with a Bachelor’s Degree in Mechanical Engineering. He had a strong work ethic that he passed on to his children. He was a self-employed tool and die maker, as well as an engineer and trouble shooter for Boeing and McDonnell Douglas.

Ron served his country in the U.S. Air Force. He was actively involved in youth sports including football, basketball and baseball and he loved his furry friends.

Arrangements have been entrusted to the care of Metcalf Mortuary, 435-673-4221. For condolences, full obituary, and funeral listings please visit Metcalf Mortuary online.