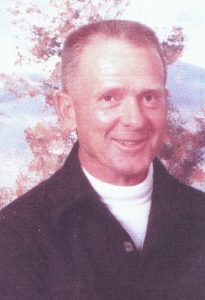 Fuzz was preceded in death by his first wife, Pearl Rasmussen Vallette, who passed away on Jan. 2, 1988. Fuzz is survived by his four daughters; his second wife, Maida Rasmussen Vallette, who kept constant vigil at his bedside until his passing having succumbed to illness brought on by a weakened heart; his brother, Lee Vallette; sister, Marjorie McLaws; 17 grandchildren; 31 great-grandchildren; one great-great-granddaughter; and two step-children and their families.

Born Feb. 8, 1923, to Claude and Wilma Vallette in Declo, Idaho. Fuzz, through hard work and perseverance, became a journeyman electrician as well as a craftsman carpenter. He plied his trade at Minidoka Dam in Idaho, Grand Coulee Dam in the state of Washington, and Hoover Dam in Nevada, retiring when he was 51 to Springdale, Idaho, where he personally built his own home.

Dad was very proud of his service in the United States Army during World War II. Leaving behind an expectant wife and an 18-month-old baby daughter, he was in the European theater in Germany. He proudly served his country as one of “America’s Greatest Generation.”

As a member of The Church of Jesus Christ of Latter-day Saints, he held many and varied callings in the church. Dad and Maida were called to be full-time missionaries for the church and served in the Missouri area as Service Missionaries on two different occasions.

Yes, he truly served his family, his friends and his nation. We will miss you, Dad. God speed.

Arrangements have been entrusted to the care of Metcalf Mortuary, 435-673-4221. For condolences, full obituary, and funeral listings please visit Metcalf Mortuary online.