ST. GEORGE — A woman was injured and transported to the hospital after her car, with two children in the back seat, was struck by a driver running a red light in St. George Friday.

Upon arrival officers found an injured driver in the Toyota, along with a 1 year old and a 3 year old who were properly restrained in car seats and uninjured, the officer said.

The woman driving the Toyota told EMS that she was experiencing pain in her back and was transported to Dixie Regional Medical Center for evaluation. The man driving the Dodge reported no injuries at the scene.

After speaking with the drivers and witnesses, officers determined that the man was traveling southwest on Blackridge Drive when he ran a red light at the intersection with Hilton Drive/250 West.

Meanwhile, the Toyota was heading southeast on 250 West, which turns into Hilton Drive past the intersection, and was struck on the driver’s side of the car by the oncoming Dodge. The impact sent both vehicles spinning in the middle of the roadway.

The Toyota sustained extensive damage to the driver’s side and was towed from the scene, while the Dodge remained operational after the crash and was driven from the intersection.

The woman’s husband arrived at the scene to care for the children so she could be transported to the hospital, Childs said.

“Everyone was wearing seat belts at the time of the crash,” Childs said, “and the children were properly secured in car seats.”

The man driving the Dodge received a citation for running a red light, the officer said.

In Utah, 18 people were killed in crashes that involved a driver running a red light in 2016. Nationally, more than 900 people a year die and nearly 2,000 are injured as a result of vehicles running red lights. Approximately half of those deaths involve pedestrians and occupants of other vehicles who are hit by red light runners, according to data released by the National Highway Transportation Safety Board. 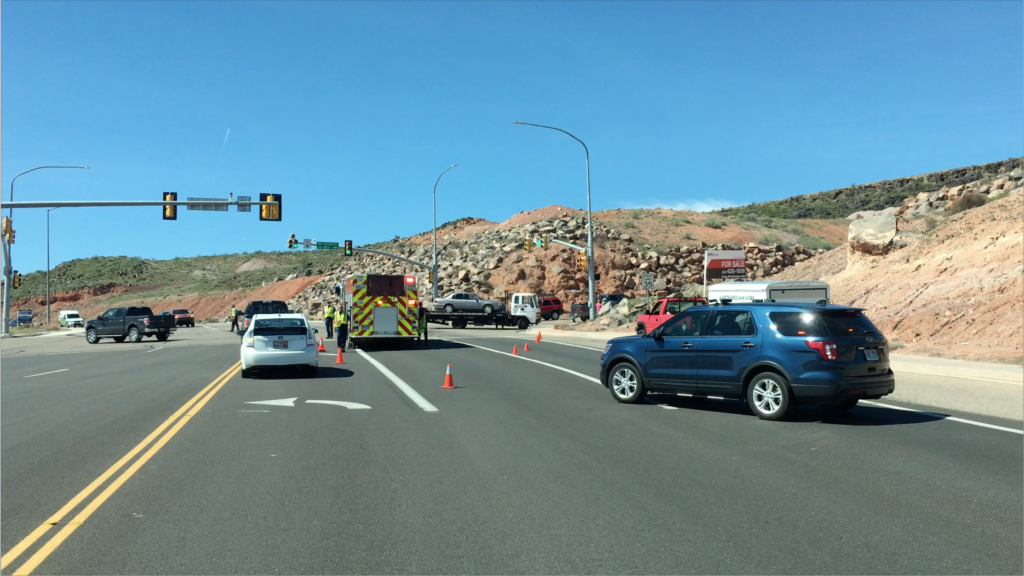 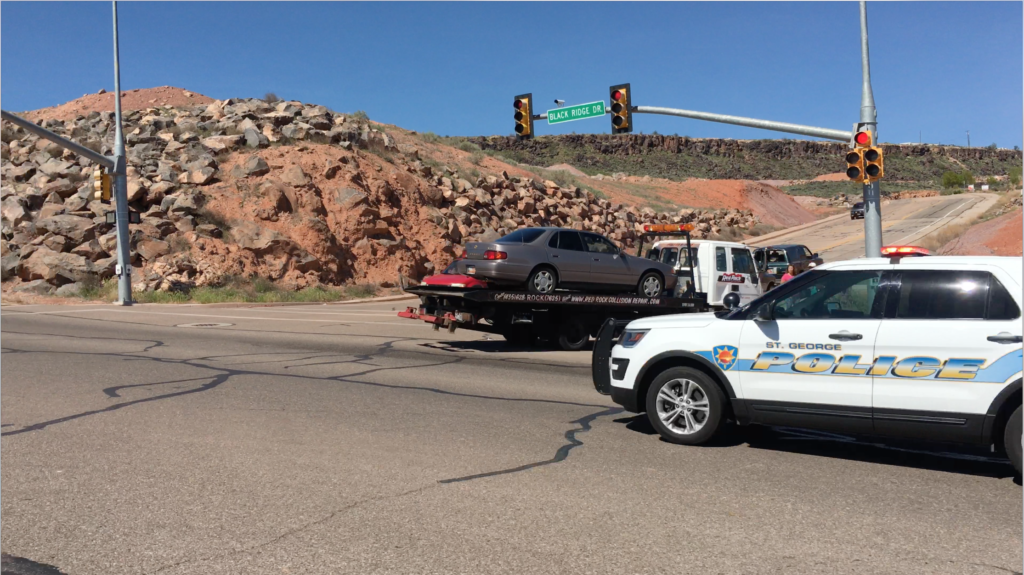 A beige Toyota Camry is towed after being struck by a Dodge pickup truck in the intersection of Blackridge Drive and Hilton Drive/250 West, Friday, St. George, Utah, March 24, 2017 | Photo by Sheldon Demke, St. George News