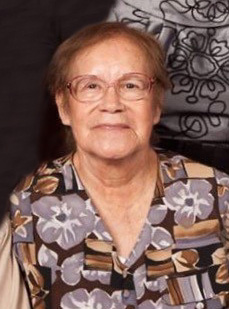 Unconditional love comes to mind when you think of Salomé, she was a beloved a wife, devoted mother and doting grandmother. Salomé was raised in the town of Sobrerete, Mexico, with her siblings who enjoyed a simple life. Salomé and José were married in 1954. They had their eldest son before moving to Ciudad Juárez where the rest of the children were born and raised before coming to the United States.

Salomé was a stay-at-home mom who cared for all of her children and some of her grandchildren. She was loved by many friends as well.

The family would like to thank her primary doctors; Dr. Carlos Mercado, Dr. Joseph Te and Dr. Michael Codiga for the care and dedication they gave her and the home health team at Canyon Home & Hospice.

To the support of family and friends who visited with her during her illness will be forever appreciated.