LAS VEGAS – The introduction of stage racing has so far provided the intended effect of spicing up the NASCAR Cup Series.

But nothing beats a good old-fashioned brawl to get everyone buzzing.

Told that Busch ended up with a bloody forehead, Truex wanted details.

“Haymaker swings?” he replied as play-by-play trickled out. “Wow, I’m sure NASCAR is going to love that one.”

And after Truex finished taking questions, he huddled in front of a tablet to watch what happened, an incident that provided the first big spark to the 2017 season.

Truex Jr. passed Brad Keselowski with two laps to go. And just before he crossed the finish line with his eighth career victory, Logano got into Busch as they raced for third.

Busch’s car spun onto pit road. Fireworks followed in a city used to hosting big-time fights, just not like this.

“It was nothing intentional,” Logano said. “But obviously he thinks that.”

As Truex headed toward victory circle, video showed Busch walking down pit road, then turning right and throwing a right hook at Logano’s face. Logano’s crew members brought Busch to the ground as NASCAR officials yelled for them to stop.

When they were separated and Busch got to his feet, he had a bloody gash above his right eye.

“There wasn’t much talking, just a lot of swinging,” Logano said. “I was racing hard there at end.”

Busch, who had recovered from a speeding penalty that left him a lap down to get into contention, was escorted to the infield care center and quickly released as the track buzzed.

“I got dumped. He flat out just drove straight in the corner and wrecked me,” Busch said. “That’s how Joey races, so he’s going to get it.”

The fight overshadowed a dominating day for Truex and a tough-luck finish for Keselowski, who appeared to be pulling away after a restart and on his way to his second win in as many weeks when he ran into mechanical problems.

“I just know it was something major,” he said. “It wouldn’t turn and I lost brakes.”

Truex passed him and held on to become the first driver to win all three segments in NASCAR Cup’s new stage racing.

The bigger explosion came at the end. NASCAR had no immediate comment on the incident, although penalties could come this week.

“Kyle and I usually race well together and don’t have any issues,” Logano said before adding, “We’ll move on.”

Photographer Rick Johnson spent the weekend at the NASCAR event at Las Vegas and sent us a few photos. 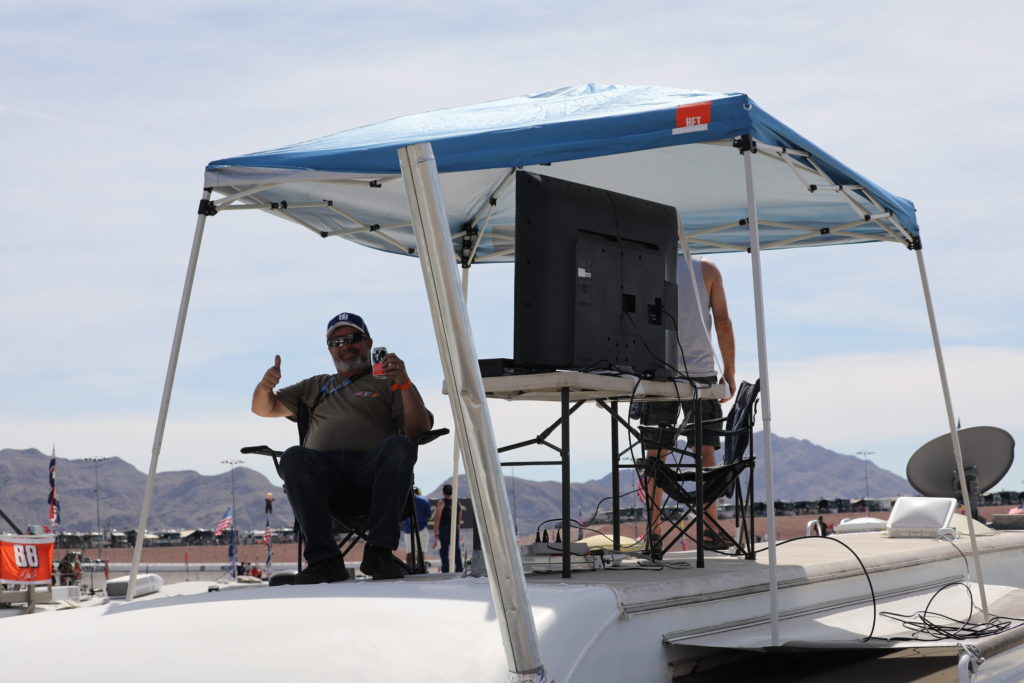 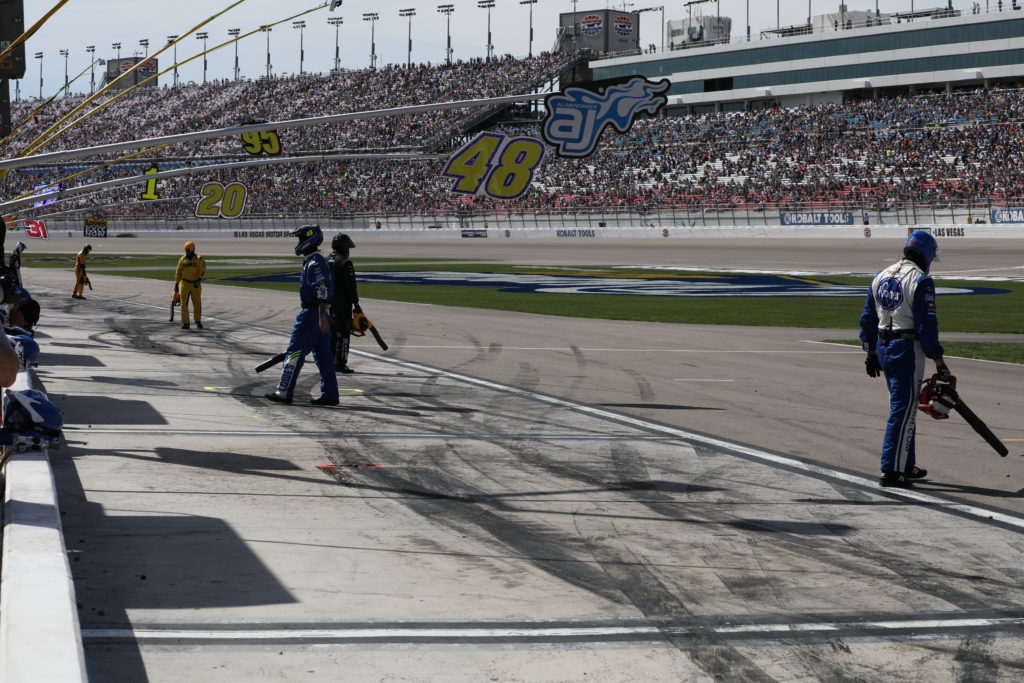 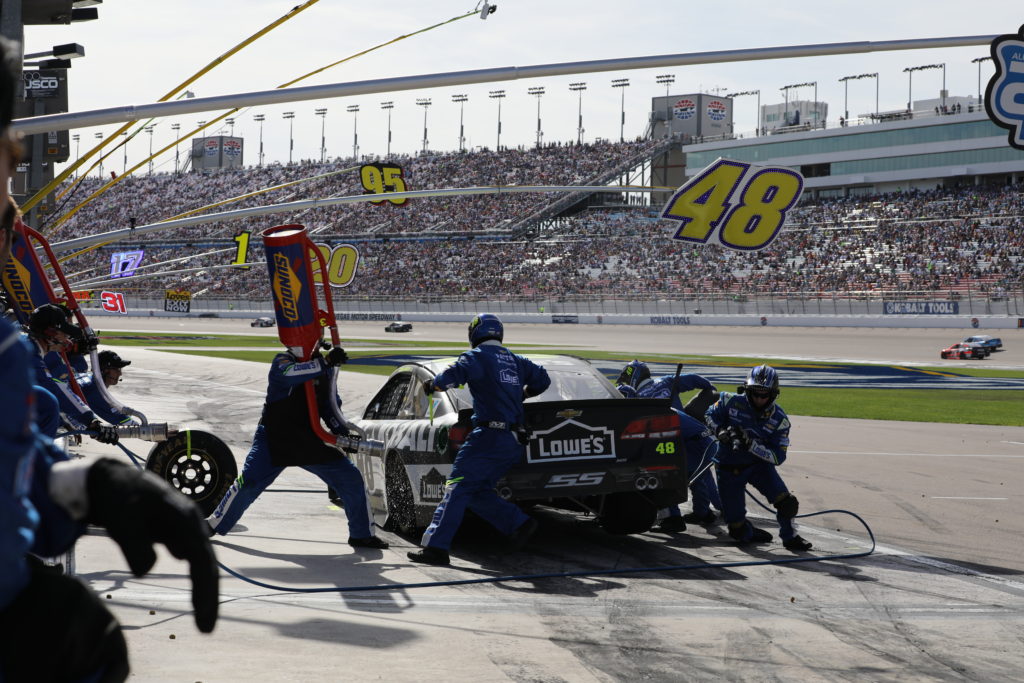 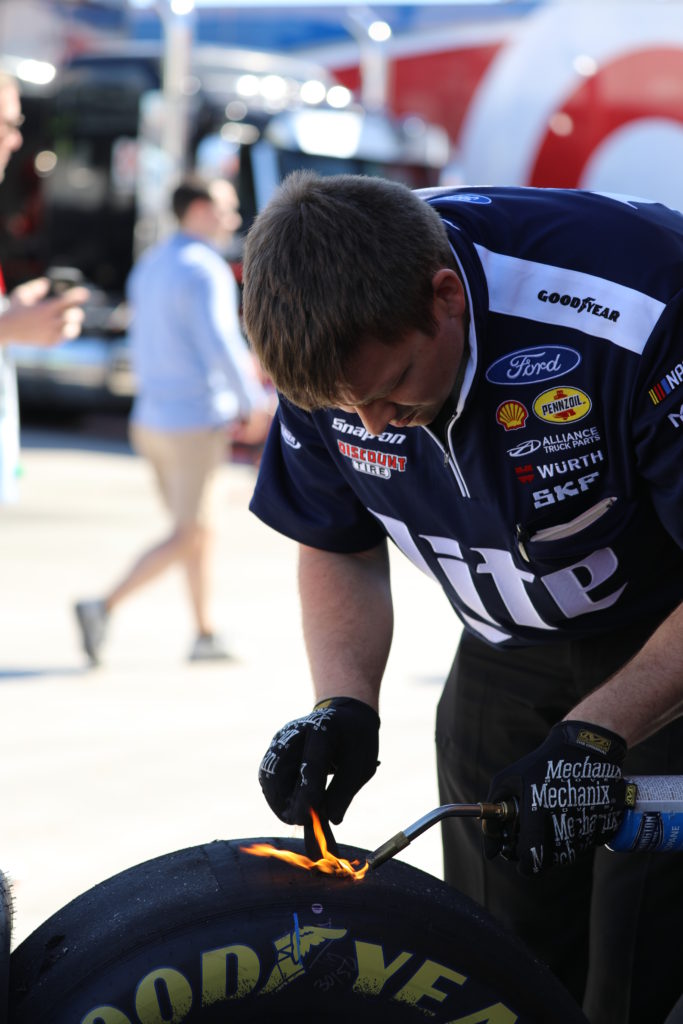 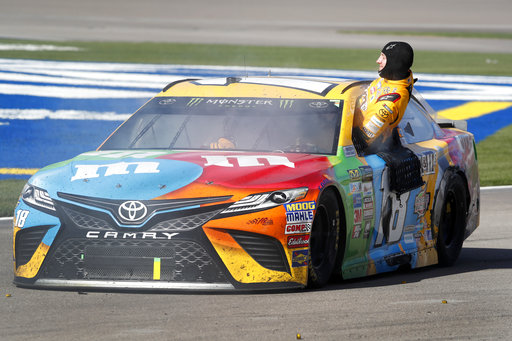 Kyle Busch (18) climbs out of his smoking car in pit lane at the end of the NASCAR Cup Series auto race at Las Vegas Motor Speedway on Sunday, March 12, 2017, in Las Vegas. (Steve Marcus/Las Vegas Sun via AP) 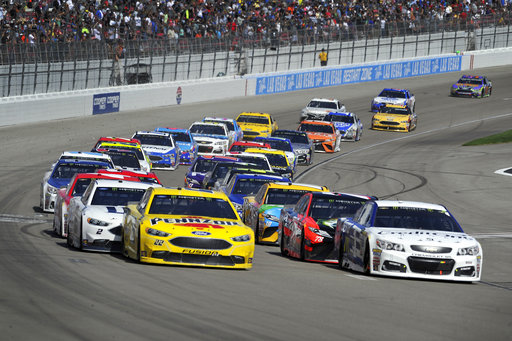 Joey Logano (22) and Jamie McMurray (1) lead the pack as they come out of a caution lap during a NASCAR Cup Series auto race Sunday, March 12, 2017, in Las Vegas. (AP Photo/David Becker)