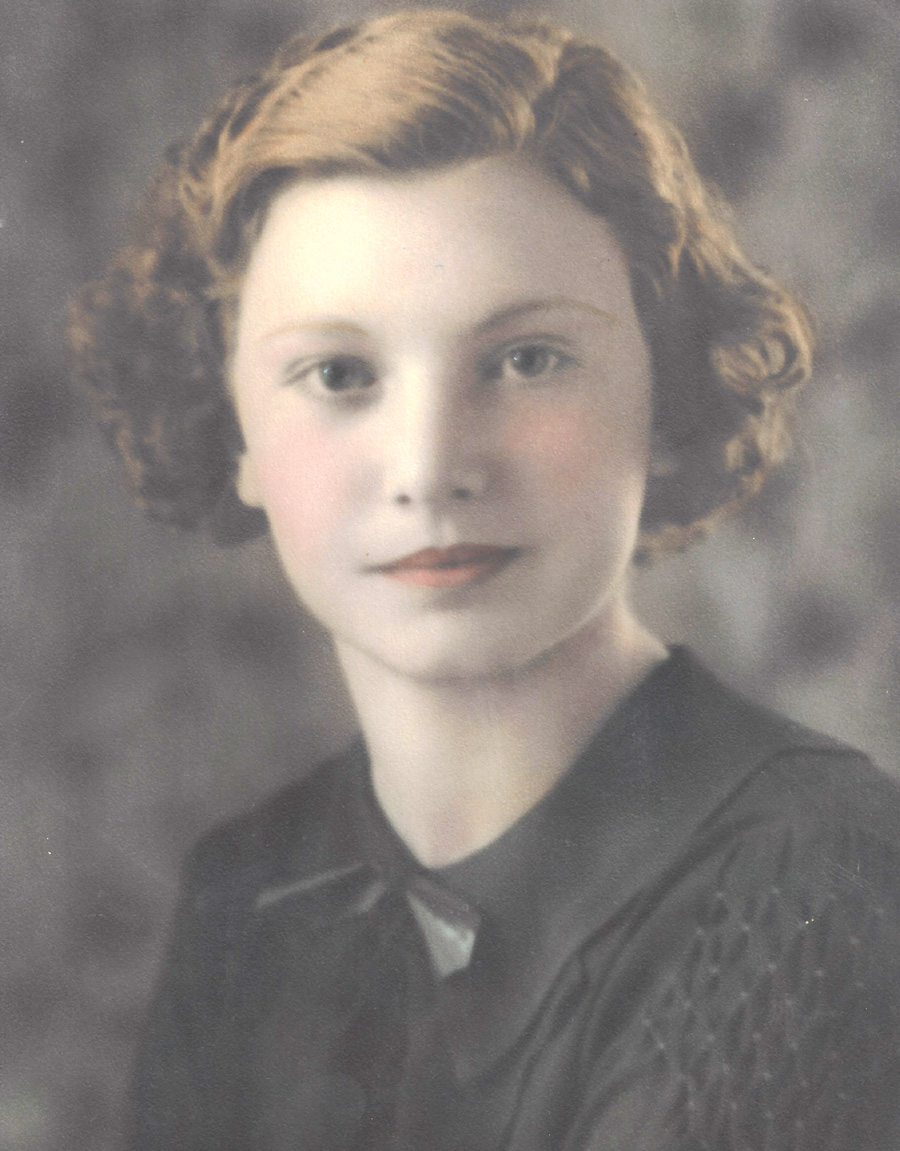 Cleone Beatty Ripley, 95, passed away in Cedar City, Utah, on Feb. 19, 2017, after suffering from Alzheimer’s Disease for nearly 20 years. Cleone was born Dec. 23, 1921, in Toquerville, Utah, to Reid Smith and Leona Naegle Beatty.

Being a bright student, she moved to Santa Monica to attend business school after graduating from Hurricane High School. She worked as a bookkeeper for the Harry L. Nurse Audit Company and later for the gas company. Mr. Nurse treated her like a daughter, and she often spoke of him with great affection. She kept the books for many prominent people in the movies.

Cleone met Ashmun James Ripley, a recent WWII Army Air Corps vet, in Santa Monica at the famous Llo-Da-Mar bowling alley on Wilshire Boulevard where they both regularly ate and bowled. He always greeted her with “Hi, Red.”  She thought he was too fresh and way too young for her. His happy-go-lucky persistence paid off, and they married on July 2, 1949, in Tijuana, Mexico. Their marriage was later solemnized in the St. George Temple of The Church of Jesus Christ of Latter-day Saints.

She was preceded in death by her husband, her parents and two brothers, Dell R. Beatty and James T. Beatty.

Cleone was smart, kind, responsible and a wonderful mother. She has been missed by us all for many years.

Interment will be in the Toquerville City Cemetery, Toquerville, Utah.