FEATURE — In the mid-19th century, the West was still rugged, wild and largely unexplored, yet pioneers and settlers longed for a reliable coast-to-coast message delivery system. During this era the territory had no infrastructure and very little law governing the lands. However mail delivery had several good tries and setbacks, and the airmail efforts in Southern Utah were no exception.

Starting in the late 1850s, the Overland Stagecoach route was capable of delivering mail in just 24 days from St. Louis to San Francisco – that is, if the carriage wasn’t harassed by bandits or marauding Indians.

By 1860 the Pony Express revolutionized transcontinental mail by offering 10-day delivery service. But high costs would see the Pony Express fail to win the mail contract beyond 19 months of operation.

Next came telegraph lines sending messages across the country with dots and dashes, relaying messages from station to station. But that certainly wouldn’t do for sending lacy valentines.

Railway Post Office was introduced in the United States in 1862, using converted baggage cars and clerks to sort mail along the journey expediting delivery. By 1880, Railway Post Office cars serviced the West. The railcar had an attached hook that held canvas pouches that might be snatched in towns where trains did not stop. However the decline of passenger trains and mechanized sorting machines in central hubs put an end to the Railway Post Office.

It wasn’t long after the Wright brothers’ first flight in 1903 that pilots adopted air transport mail delivery, leading to limited airmail service in the eastern United States as early as 1918.

The U.S. earnestly began efforts for rapid communication throughout the continent. However, since it was before the widespread use of radar or radio, pilots used Mother Nature’s landmarks, and soon an aeronautical chart was developed. Unfortunately, while this method worked by day, it grounded pilots at night.

The Postal Service solved the problem of night flying with the world’s first ground-based civilian navigation system in the 1920s: large concrete arrows painted yellow and placed approximately every 10 miles with a tall steel tower at the center.

The towers were built with a rotating, million-candlepower light on top powered by gas generators. The final length of beacons extended 2,629 miles from New York to San Francisco.

Years later, when radar and radio communications made the beacons obsolete, most towers were torn down, as the steel was desperately needed in the World War II efforts. About 100 cement arrows remain today, four of which are in Washington County.

The ups and downs of the St. George airport

According to Washington County Historical Society, St. George airport history began in 1920 as Maurice Francis Graham, a cautious and fearless flier, flew into low hanging clouds that forced him down on West Black Mesa.

Graham discussed the mesa west of St. George with then Mayor George Henry T. Atkin saying it would be a good place to build an airport. Because Graham was “an out-of-town expert,” his opinion was taken to heart, and soon plans were launched for a municipal airport on the Black Hill above downtown St. George where the Ridge Top Complex sits today.

Though the developing St. George airport claimed two graded runways, a beacon and a windsock, it had no landing lights. Airplanes flying at night would circle the airfield until someone drove up the hill to shine their automobile lights down the runway.

Graham flew mail from Los Angeles to Salt Lake beginning in 1926. He was hired to fly for Western Air Express.

In January 1930, while flying from Los Angeles, Graham stopped for fuel in Las Vegas and was informed of bad weather and heavy snowfall ahead. Against the judgment of those on the ground, Graham took off – the mail must go through.

Lou Boyle, a volunteer with Western Sky Aviation Warbird Museum in St. George, said Graham flew with only a compass, airspeed indicator and altimeter. Pilots had no altitude gyro, radio, nor any means of communication. Graham flying a silver Boeing-95 biplane was observed circling St. George – perhaps searching for the darkened runway – but soon vanished, unaware that he was flying in what would become known as St. George’s historic blizzard of January 1930.

The entire Army Air Corps conducted a long and large aerial search for Graham to no avail. However local ranchers continued the search and six months later spotted the empty plane downed in the Kanarra Mountains near Cedar City. According to Graham’s flight log, he had survived the landing at 2:38 a.m., but a wingtip and landing gear were damaged.

James Allen, a friend of Graham, continued to scour the area for another month. Allen came upon some wheat growing behind a rotting log. Knowing that Graham chewed wheat kernels to stop smoking, Allen dug around in the area and found some remains – still clutching a mailbag.

It took until 1938 for St. George to enjoy airmail. The first incoming mail was presented to Postmaster Will Brooks; and William Atkin, one of the oldest citizens of the community, rode his horse from Atkinville (where the SunRiver community of St. George sits today) up Black Bluff to deliver the first bag of outgoing mail. This era, though less celebrated than the Pony Express, was every bit as adventurous.

A Douglas M-2 biplane carried the first two passengers squeezed into the cockpit sitting among the mailbags. The two Salt Lake men received a box lunch, leather helmet, goggles and a parachute. By the end of the year Western Air Express had flown 209 passengers between Salt Lake City and Los Angeles. As the company announced they had turned a profit, other air companies followed suit, commercial aviation took off, and the rest is history.

Two emergency dirt airfields were graded for future mail routes: one just west of Little Valley along the road leading to the Arizona Strip and the other about 7 miles southeast of St. George.

In 1948 the old southeast dirt strip became a Civil Aeronautics Administration Intermediate Airfield. Dick Groves, curator of the Western Sky Aviation Warbird Museum, said the field’s use as an airstrip was abandoned sometime before 1971 as the airport on the Black Hill above downtown was thriving.

Locals nonetheless continued to use the old CAA field as a drag strip and a field for radio controlled airplanes, Groves said, noting he built 56 radio flyers and flew there for 13 years.

But that wasn’t the end of the CAA field. It was again revived for takeoffs and landings when the then St. George Municipal Airport returned to the same site with a newly built facility in January 2011. The airport later achieved regional status and operates today as the St. George Regional Airport.

In 1972, J. Ralph Atkin, a fourth-generation resident of St. George sent SkyWest’s first flight between St. George and Salt Lake City with 256 passengers paying airfare of $59 for a round trip. SkyWest was motivated to succeed confident that St. George would support the airline. See more on Dixie State’s Hall of Fame webpage on J. Ralph Atkin.

Hikers who love to explore will find the mysterious cement arrows in four remote places in Washington County.

Both Shinob Kibe Beacon 37B and Bloomington Overlook Beacon 37A are excellent butte hikes, with incredible 360-degree views from the top. The other two local ridgetop hikes with arrows are Black Ridge Beacon 40A and Quail Creek Reservoir 37C, both a bit more challenging to locate.

For the Bloomington Overlook (Beacon 37A), drive through Southgate Hills Drive, and at 490 West, turn on Sir Monte Drive to 2400 South. On the south side of the water tank, park at the end of the road and follow a steep but short rubble path. This is an easy hike.

For Shinob Kibe (Beacon 37B), take Washington Fields Road south and follow Paiute Drive to 600 South and Blackhawk Drive at 1060 East. Drive onto the dirt road through the opening of the white rail fencing. Park on the dirt road after passing the last house and look for the trailhead that traverses the mountain.

Western Sky Aviation Warbird Museum is located at 4196 S. Airport Parkway, north of the St. George Regional Airport terminal, and can be reached by telephoning 435-669-0655. The museum is open Wednesday-Saturday from 10 a.m. to 4 p.m. and may be visited Monday-Tuesday by calling Jack at the museum to schedule an appointment. Admission is free but donations are appreciated.

Upcoming events at the museum include the “Hangar Dance,” a 1940s-style dance with a band and folks dressed in period clothing, May 13, and a “Wings and Wheels” display on May 20. 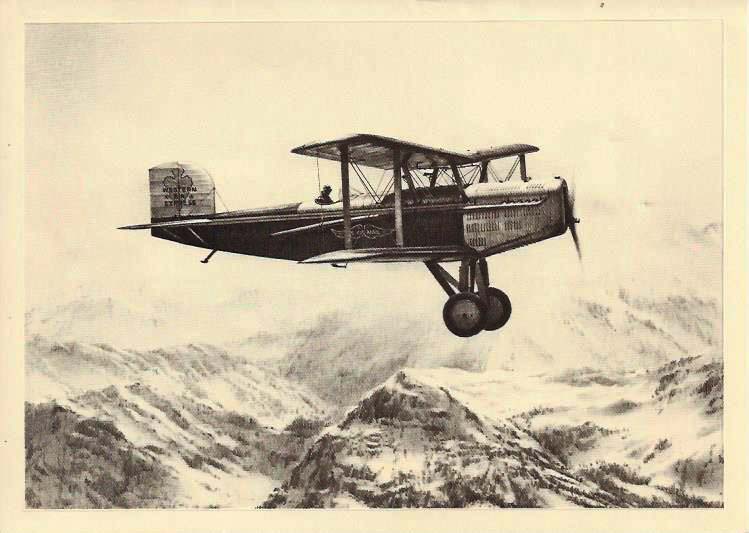 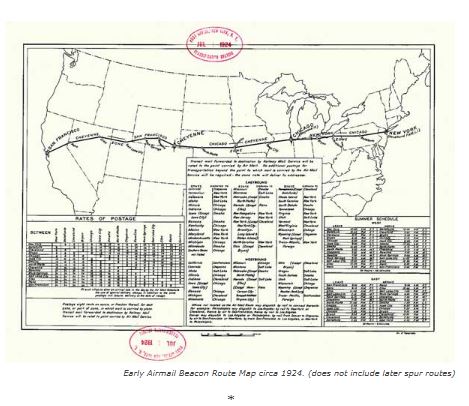 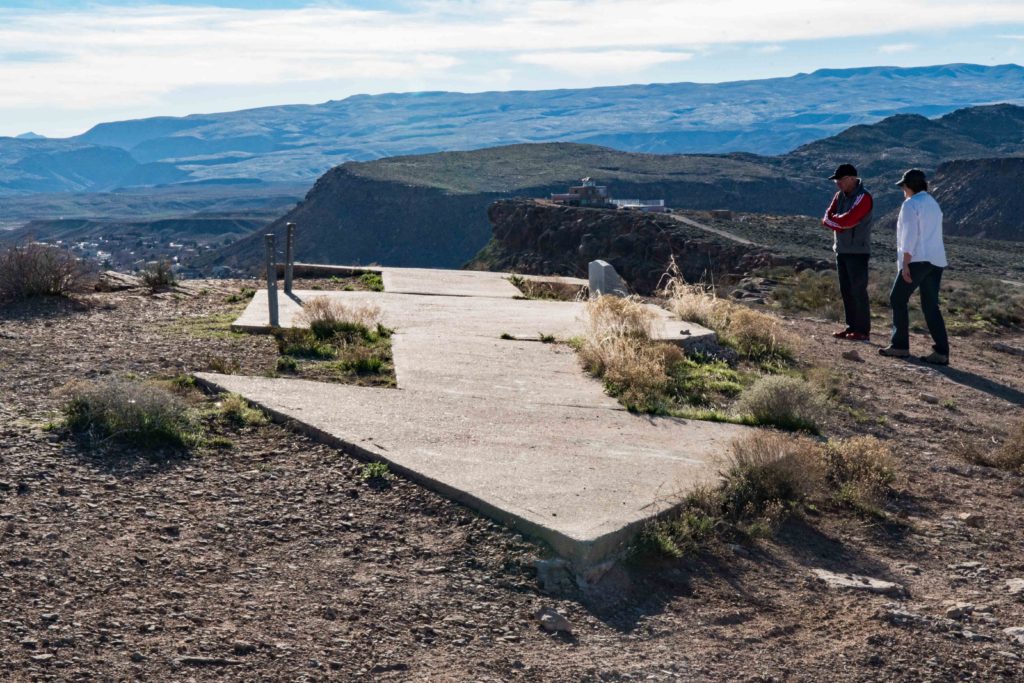 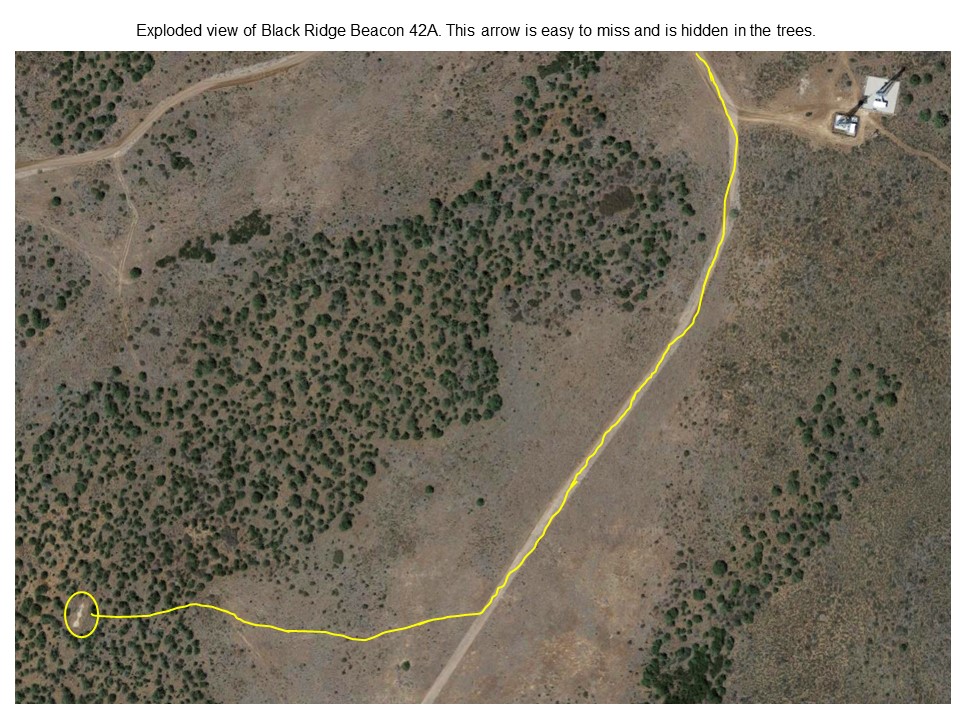 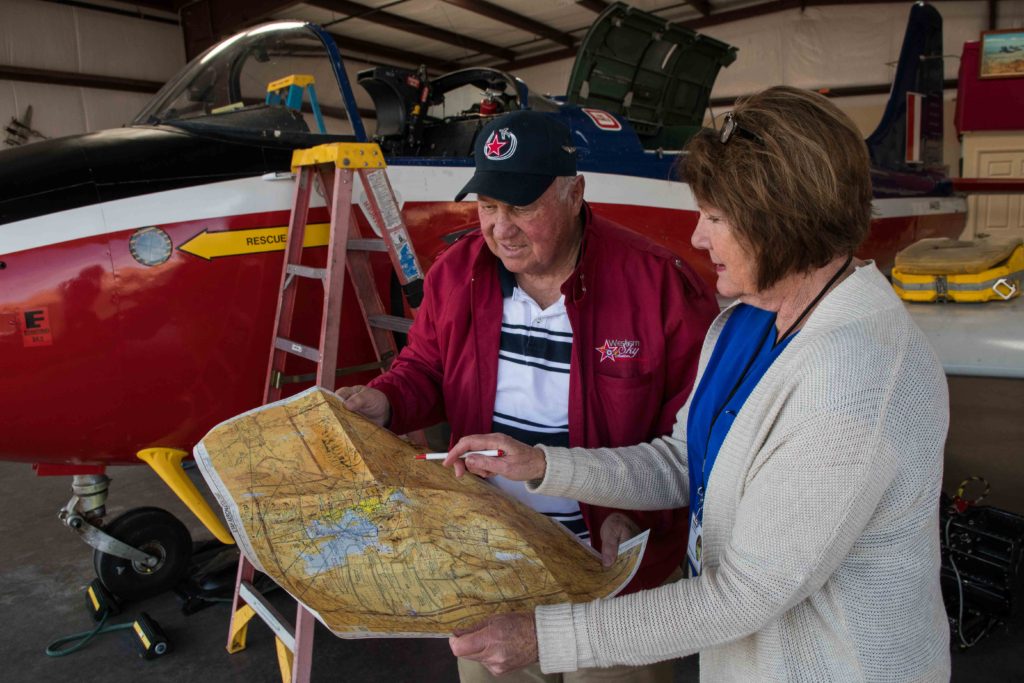 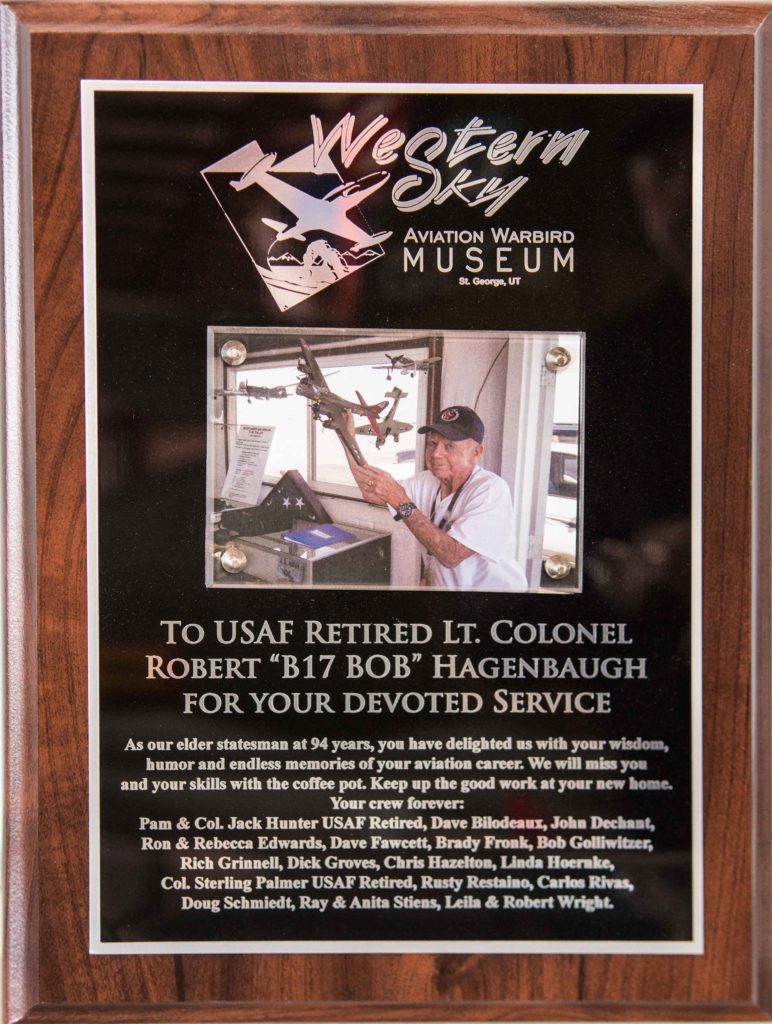 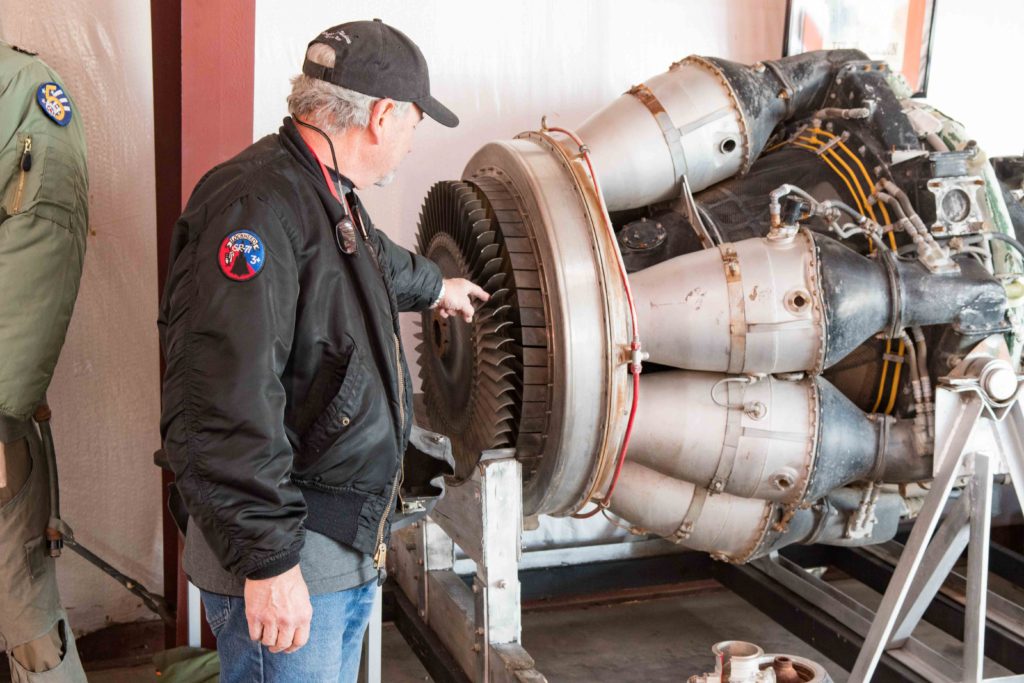 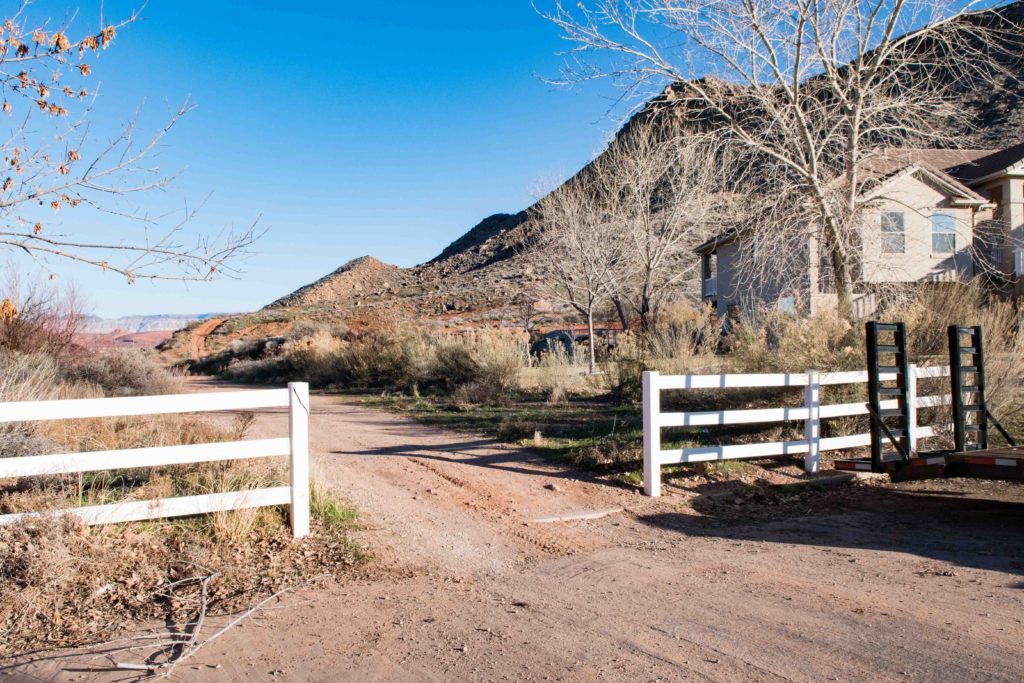 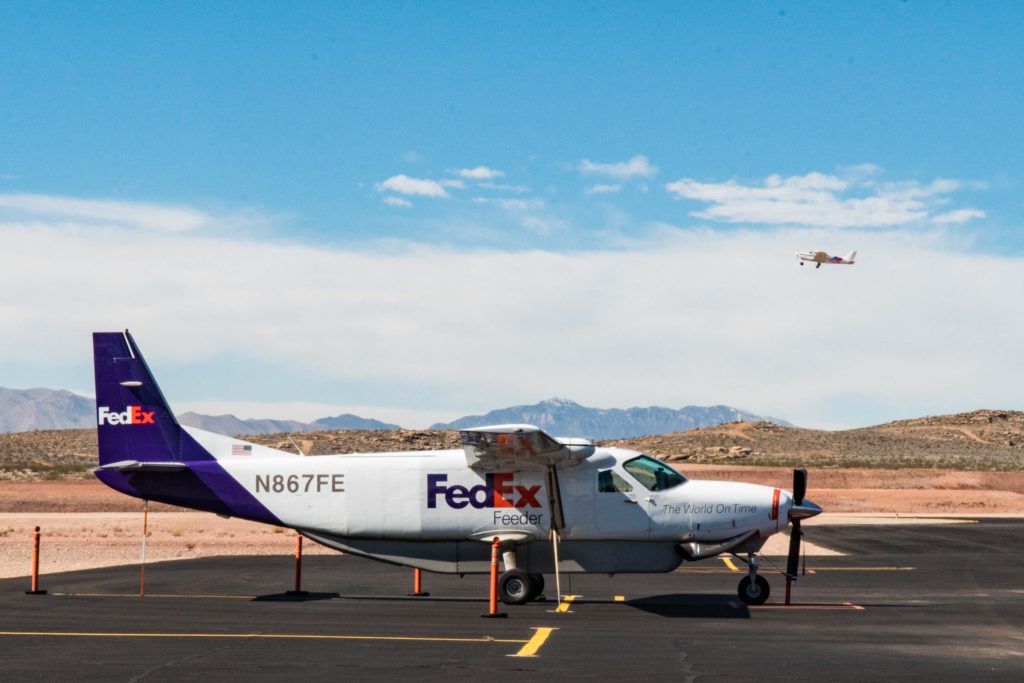 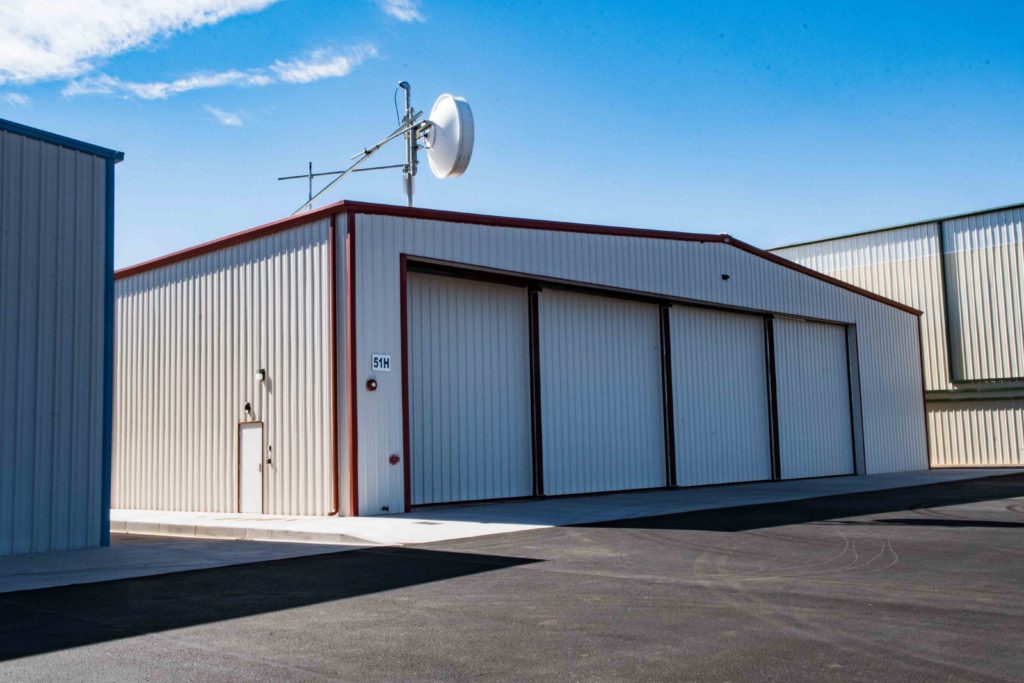 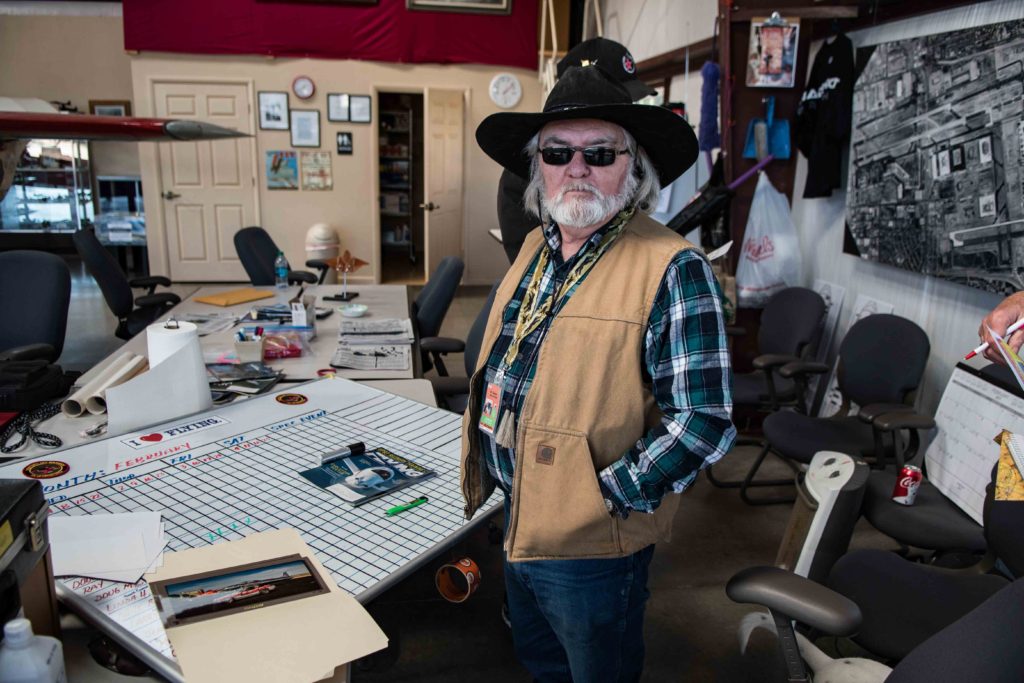 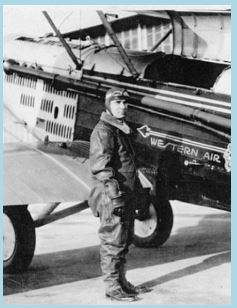 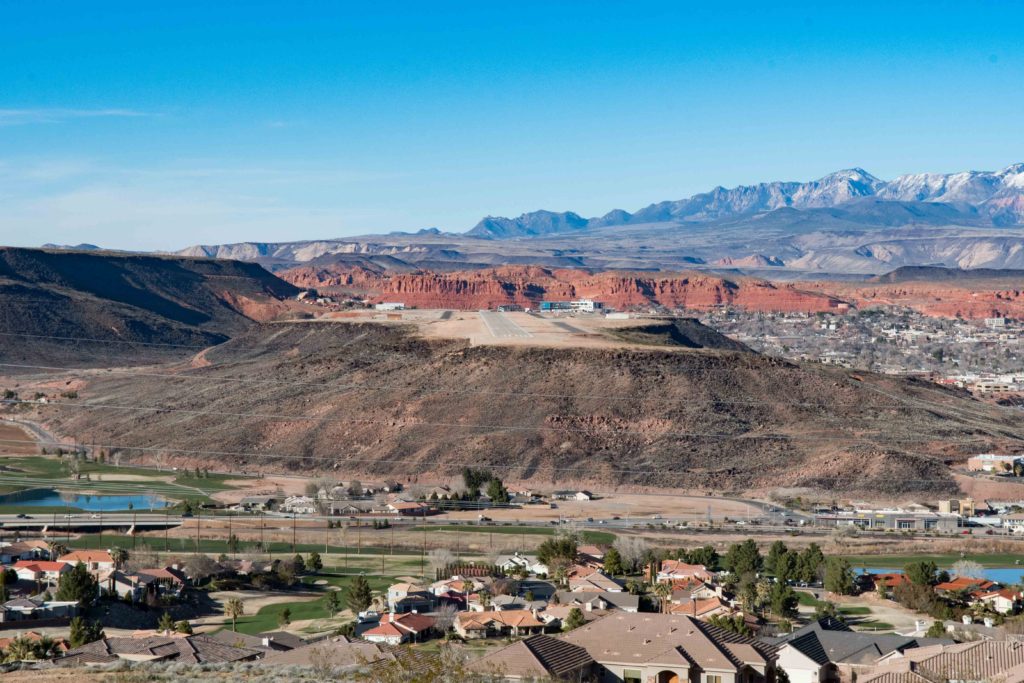 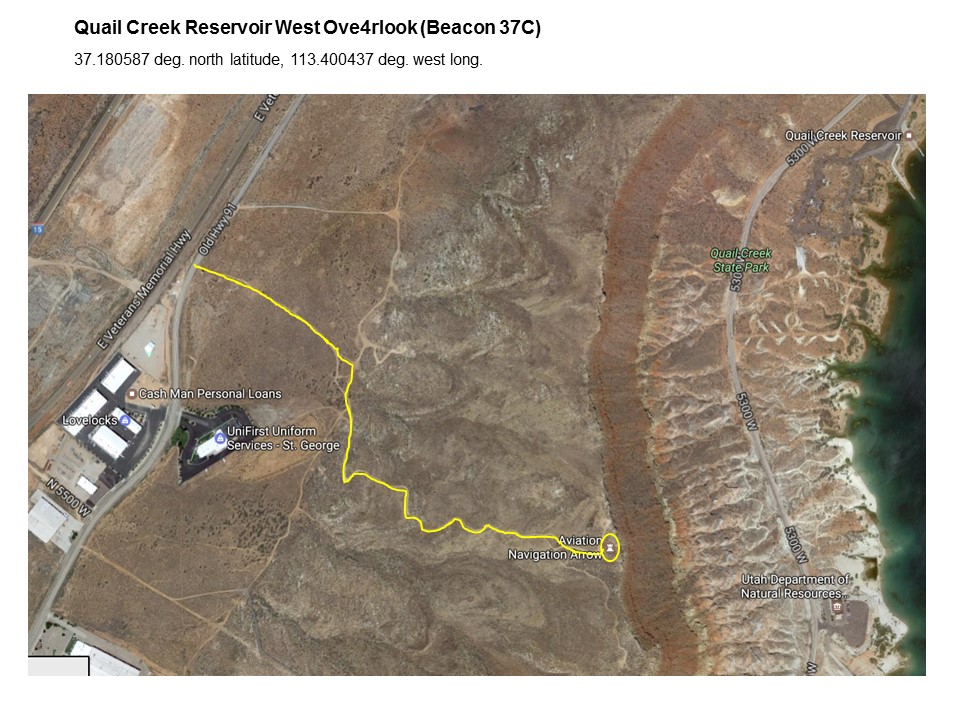 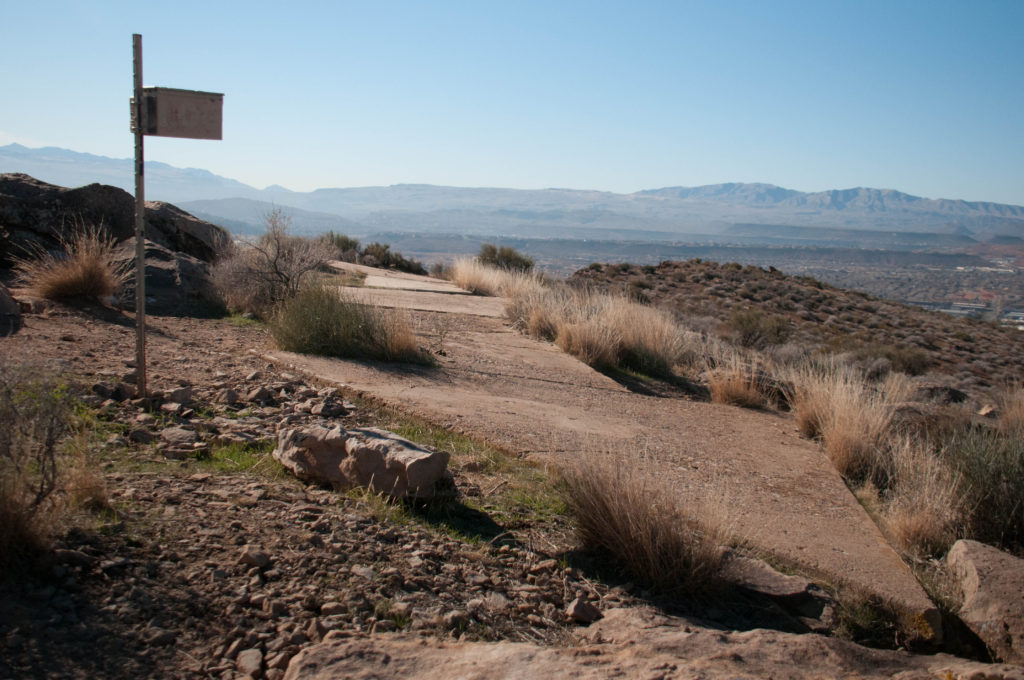 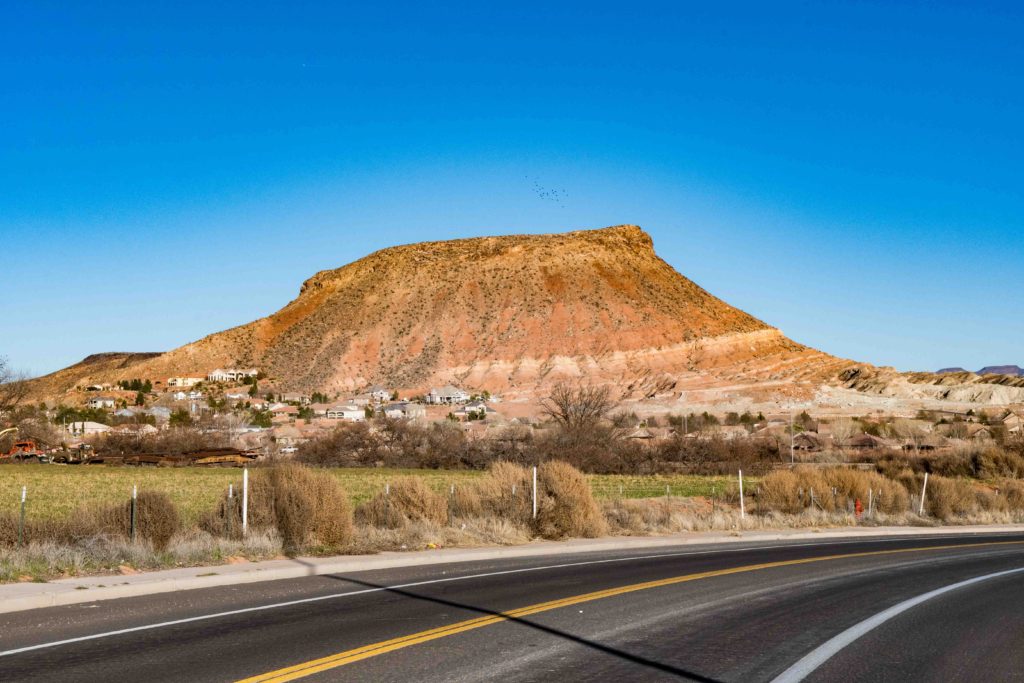 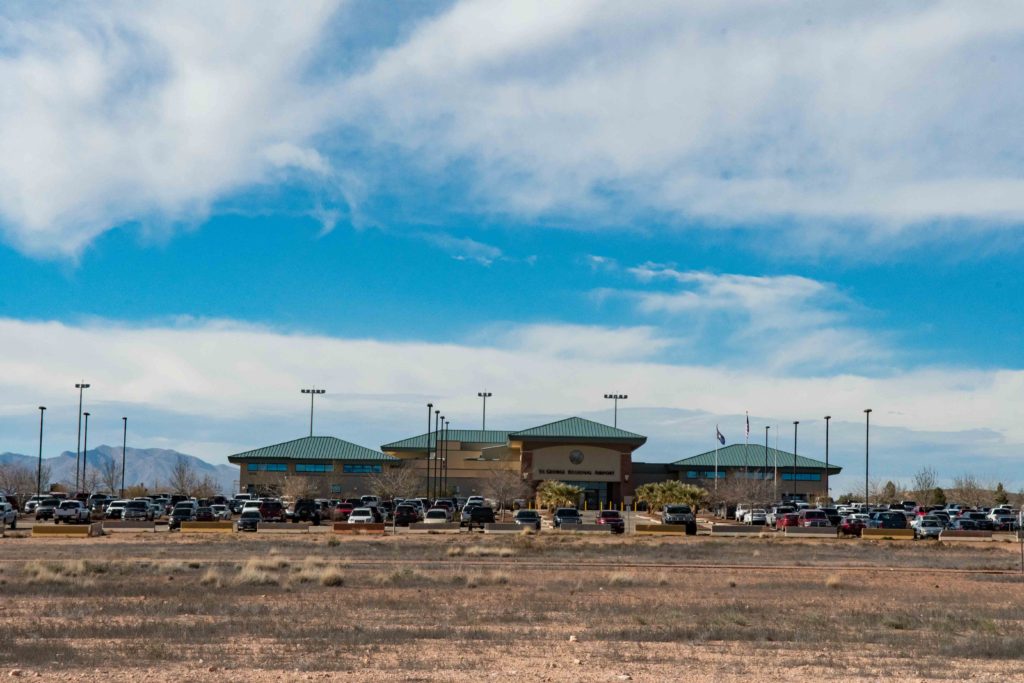 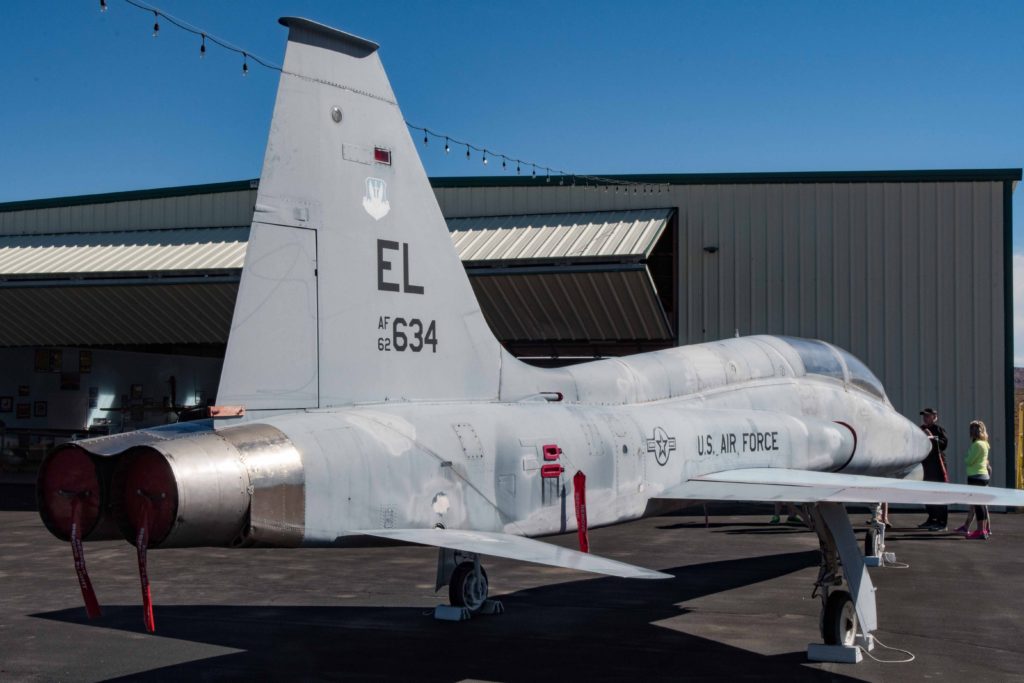 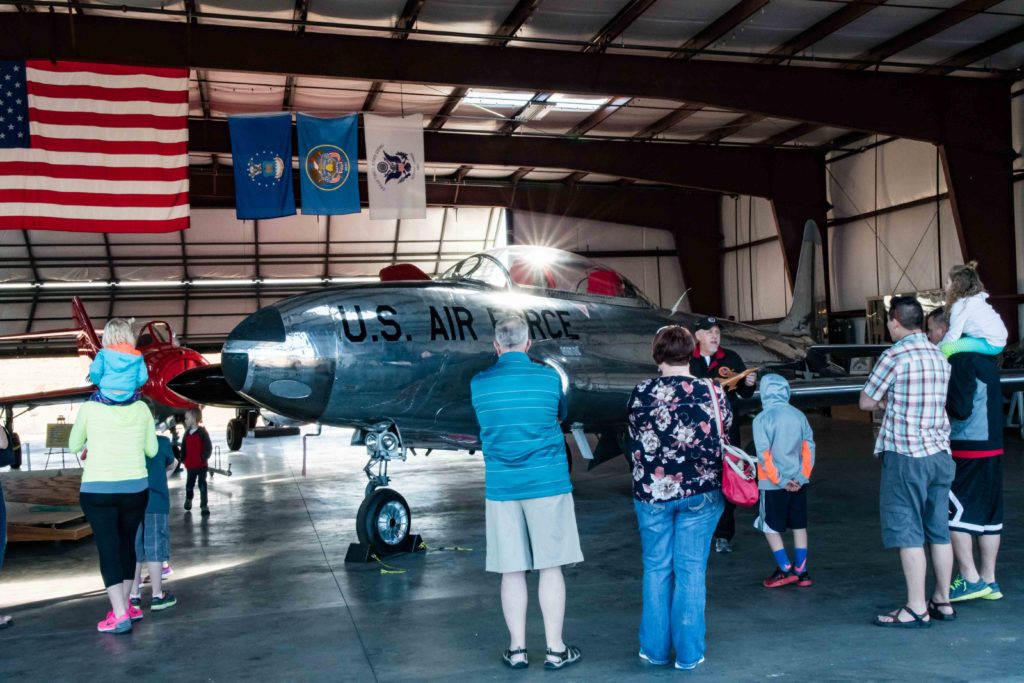 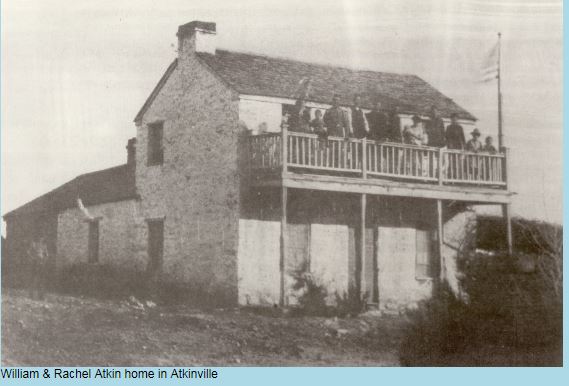