IVINS — As the son of a former grand exalted ruler of the national Elks Lodge, Michael Zellen carries on a tradition that comes naturally to him.

Zellen, who grew up in Massachusetts during the 1940s, is following in the footsteps of his father as the current grand exalted ruler and president of the national organization. On Friday he spent time sharing breakfast with veterans at the Southern Utah Veterans Home in Ivins as a show of support and gratitude for their service.

As part of his position with the Elks, Zellen tours the country ensuring that various programs supported by the Elks are serving local communities.

Zellen, who joined the Elks at the age of 21, has been a member for 48 years, he said. His experiences with his father provided Zellen with an example of how the organization’s efforts can benefit a community, as well as the goodness that comes when a group becomes focused on a cause, he said.

Part of his one year tenure as grand exalted ruler means Zellen visits every state to see how the organization is supporting communities across the country. Veterans, he said, are, “dear to our hearts, and have been for many, many years.”

The organization’s support of the veterans isn’t anything new, he said. As a matter of fact, the Elks built the first two veteran’s hospitals in France during World War I and the first veteran’s hospital in Boston, Massachusetts, after World War II. That facility was donated to the U.S. government after it opened.

Approximately $33 million of the organization’s budget is earmarked for veteran’s causes, Zellen said, and $4 million of that amount supports various veteran’s programs in Utah.

The organization has representatives at the local level that visit veterans throughout the year, in addition to supporting veteran’s homes and facilities nationwide.

Next week the local Elks Lodge is delivering iPad Shuffles to residents at the veteran’s home, which will enable them to download music, videos or books.

Zellen said he and his colleges were very impressed with the Southern Utah Veterans Home. The local and state Elks Lodge members in Utah “do a great job in taking care of the veterans in this state,” he added.

Many of the veteran facilities that Zellen visits are similar to a hospital setting, he said, so he was very impressed with the design and care that went into building the veteran’s home in Ivins.

“The concept of having individualized rooms with a home-like atmosphere is refreshing, and it dignifies their service by providing them with the comforts of home,” Zellen said.

Veterans deserve care like this, he said, because “after all, it’s because of them that we are a free country, and live like we do.”

Tony Moore, state officer for the Southern Utah Veterans home, said it was a great honor to have the national Elks representatives come to the facility.

“The Elks Lodge is very supportive of the home,” Moore said, “and the local lodge reaches out to these veterans regularly.”

After breakfast Zellen and his team were taken on a guided tour through the 102,000-square-foot comprehensive care facility that has 108 beds housed in nine separate communities. A workforce of more than 200 folks help take care of those veterans staying there.

“We have a 5-star rating,” Moore said, “which is the highest rating you can receive for a nursing home setting, and we work hard to keep it that way.”

In the spirit of continued service and support of veterans, this past year the Elks implemented a new program called “Welcome Home,” which specifically targets the needs of those veterans coming home now, Zellen said.

The organization has committed roughly $4 million to help with housing costs, job searches, and other basic needs that can fill in the gaps while these veterans are integrated back into civilian life.

The Elks, also known as the “Benevolent and Protective Order of Elks,” was founded in New York City in 1868 with 15 members. Nearly 150 years later the fraternal order has a membership nearly 1 million strong operating more than 2,000 Elks lodges across the country.

The Elks National Veterans Service Commission was established in 1946, immediately after World War II, with the sole mission of serving the nation’s veterans and military members in need. In veteran’s clinics, homes, homeless shelters and more, thousands of Elks volunteers serve veterans and military members each year, which is outlined in the Elks’ mission statement:

“So long as there are veterans, the Benevolent and Protective Order of Elks will never forget them.” 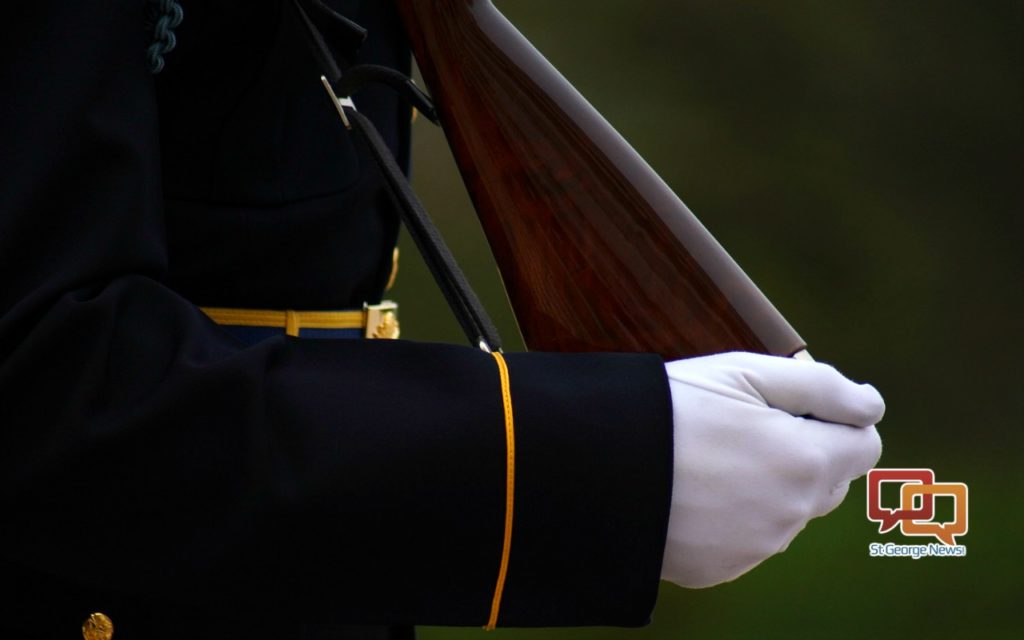 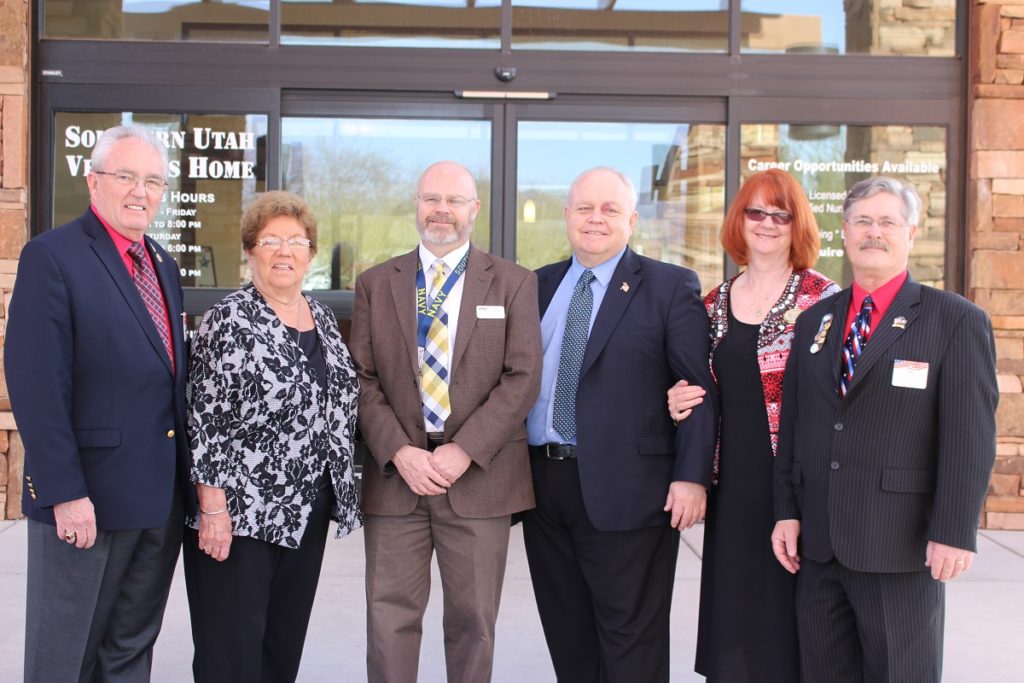 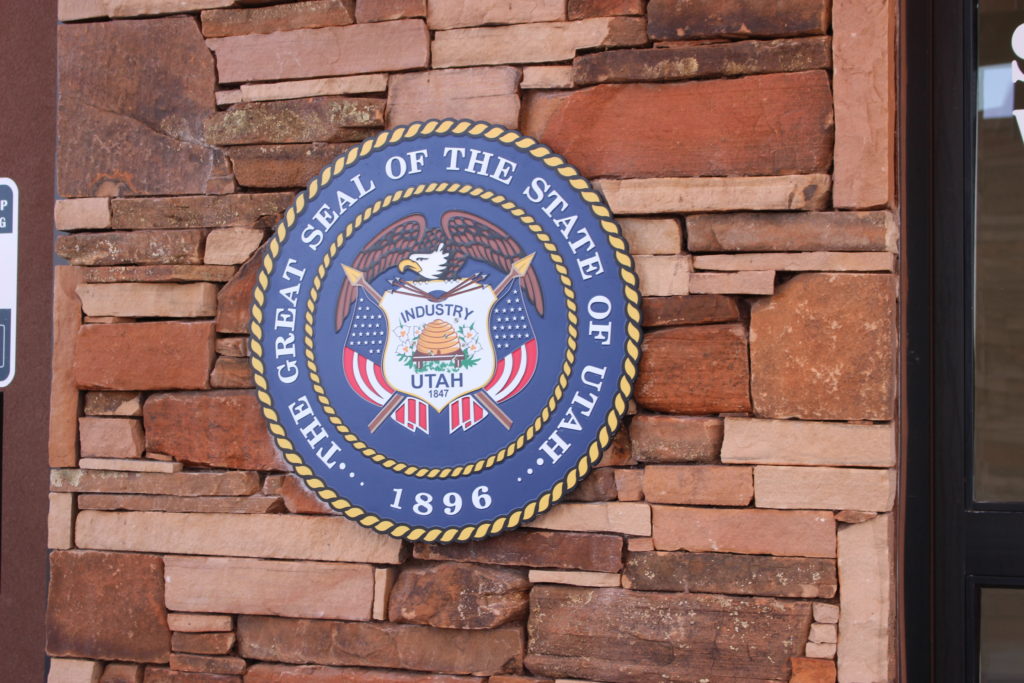 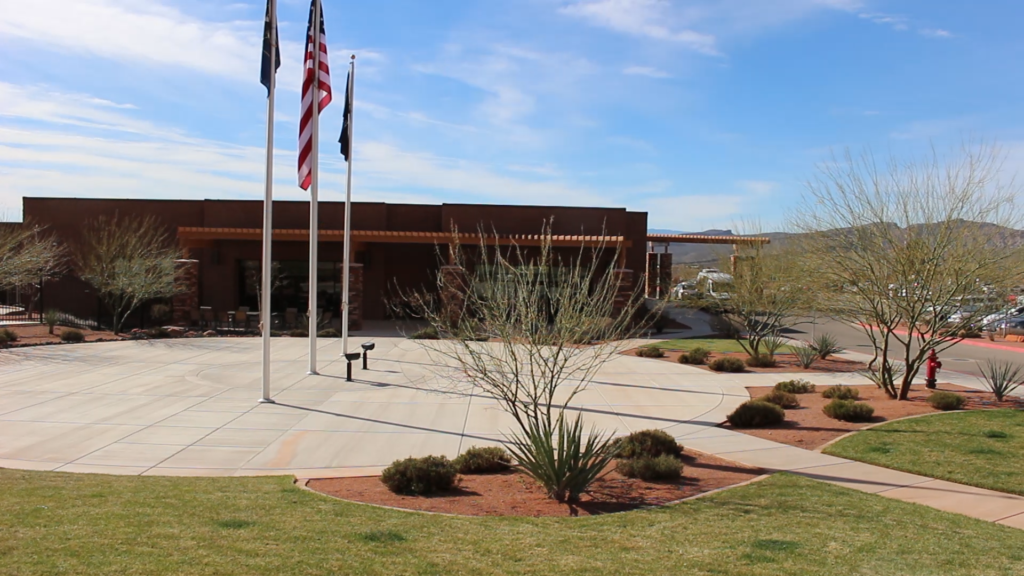 One of the many patios where three flags are flown at the Southern Utah Veterans Home Friday, Ivins, Utah, Mar. 10, 2017 | Photo by Cody Blowers, St. Goerge News 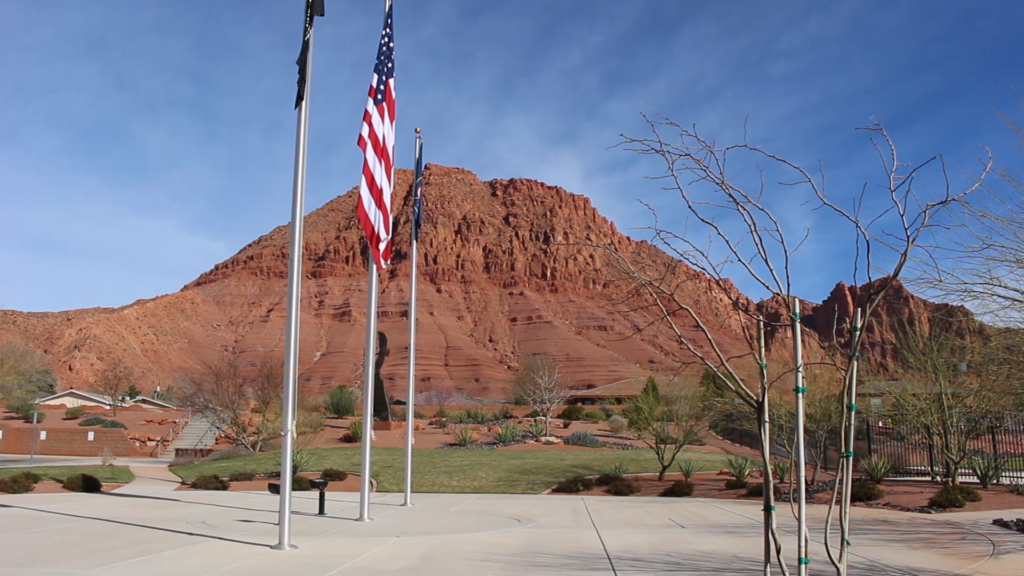 View of Red Mountain from one of the many patios where three flags are flown at the Southern Utah Veterans Home Friday, Ivins, Utah, Mar. 10, 2017 | Photo by Cody Blowers, St. Goerge News 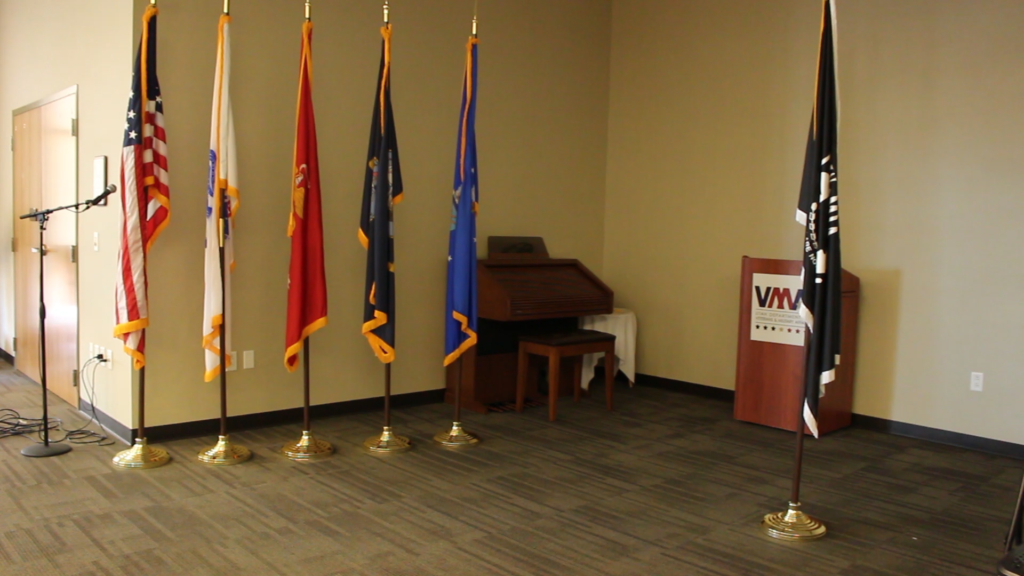 The stage in the dining room where the breakfast was held in honor of the Grand Exalted Ruler of the national Elks Lodge, Michael Zellen, visited with veterans at the Southern Utah Veterans Home Friday, Ivins, Utah, Mar. 10, 2017 | Photo by Cody Blowers, St. George News