Shortly after 3 p.m. officers and emergency personnel were dispatched to a reported collision between a kindergarten student from the school and a motorist in a pickup truck, St. George Police Traffic Sgt. Craig Harding said.

Officers determined that the driver of the pickup truck was heading north on South Little Valley Road when he approached the intersection of East Crimson Ridge Drive and pulled up behind another vehicle stopped for a stop sign at the all-way stop.

After approximately 10 children walked across to the other side of the street the first car proceeded through the intersection while the pickup waited at the stop sign, Harding said.

When the pickup driver began to travel through the intersection the 5-year-old child riding a bicycle ran into the side of his pickup truck and was knocked to the ground, Harding said.

Several witnesses were in the area at the time.

Gold Cross Ambulance was dispatched to the scene to examine the child who suffered a small laceration to his left ankle that “did not appear to need medical treatment and the child was not transported,” Harding said.

The incident is under investigation, said Harding, who added he would return to the intersection the following day.

“So no citations were issued and the investigation is ongoing until we follow up at the intersection later,” he said.

Several people at the scene asked Harding if or when a crossing guard would be placed at the intersection, he said. Those questions are best addressed by the city’s Public Works Department since the St. George Police Department only handles the training aspect of crossing guards once they are hired, Harding said.

It isn’t the first time a child has been injured at this particular crosswalk. A 6-year-old was struck by a vehicle in that same intersection on Feb. 17.

Read more: 6-year-old struck in crosswalk on way to school

Cameron Cutler, Public Works director for the City of St. George, said his department is aware of the safety issue and concerns raised with that particular intersection. Placement of a crossing guard is determined based upon Utah Department of Transportation’s guidelines and criteria, Cutler said.

“There are specific criteria that determine where and when a crossing guard is placed, criteria which includes traffic volume and intersection type,” he said, “in addition to different types of crosswalk supervision.”

There are three types of crossing supervision in Utah, Cutler said. The first supervision provided is by adult crossing guards. Uniformed police officers are the second supervision type and the third utilizes parent/student patrols, as outlined in the “Manual on Uniform Traffic Control Devices.”

The manual is developed by the Utah Department of Transportation in accordance with the Federal Highway Administration, Cutler said, and is designed to create consistency throughout the state.

The manual outlines specific areas that require crosswalk supervision and the criteria that must be met before a crossing guard is placed.

Other circumstances that require a crossing guard are:

Cutler also said one of the primary functions of an adult crossing guard is to create gaps in traffic where none naturally exist. However, the intersection of East Crimson Ridge Drive and South Little Valley is an all-way stop, he said, and that type of intersection requires motorists to stop before entering the intersection, which naturally creates those gaps by design.

“A crossing guard would have been placed in that location if an engineering study had shown that adequate gaps needed to be created,” he said, “but when all vehicles are required to stop those gaps naturally occur through traffic control via the stop sign.”

“There is no way to meet the UDOT criteria for crossing guard placement as it is right now,” Cutler said, “but that doesn’t mean the issue is closed.”

Many tools and resources exist for parents who want to set up a parent/student crossing guard program, Cutler said. One such program includes training provided by the City of St. George through the Police Department free of charge; safety gear is also provided.

A coordinated group of parents or students who want to participate in the program can coordinate it through the school, he added.

A highly effective program to enhance protection for students on their way to school is the Walking School Bus app, or “SNAP” program launched by UDOT in August 2014. It allows parents to coordinate safe walking groups for their children before and after school.

Parents can use the app to create new walking groups or join existing groups with students who live nearby. While escorting children, parents sign into the app, which sends notifications to other parents when the trip to or from school begins and ends, according to UDOT’s website.

Many students find safety in numbers as they make their way to and from school, while at the same time parents stay informed through the app. Alerts notify them when their child’s walking group is going to or leaving from school, which parent is accompanying them, and how far they walked.

Little Valley Elementary School Principal Rob Stevenson said he is working with the City of St. George on the crossing guard issue and stated that these parent-based programs are welcomed by the school.

Anything that “enhances safety” is important, Stevenson said.

Parents can coordinate a parent/student crossing guard program through Little Valley Elementary by calling the school at telephone 435-652-4771.

UDOT’s Student Neighborhood Access Program, or Snap, assists schools and parents in finding the safest routes for their children to walk and bike to school. It also provides educational resources to parents and students, including educational materials about the rules of the road, and encourages students using fun events and activities.

UDOT’s “Crossing Guard Fundamentals” is a 15-minute DVD that depicts various types of intersections and situations as well as the “Do’s” and “Dont’s” for safely crossing students. 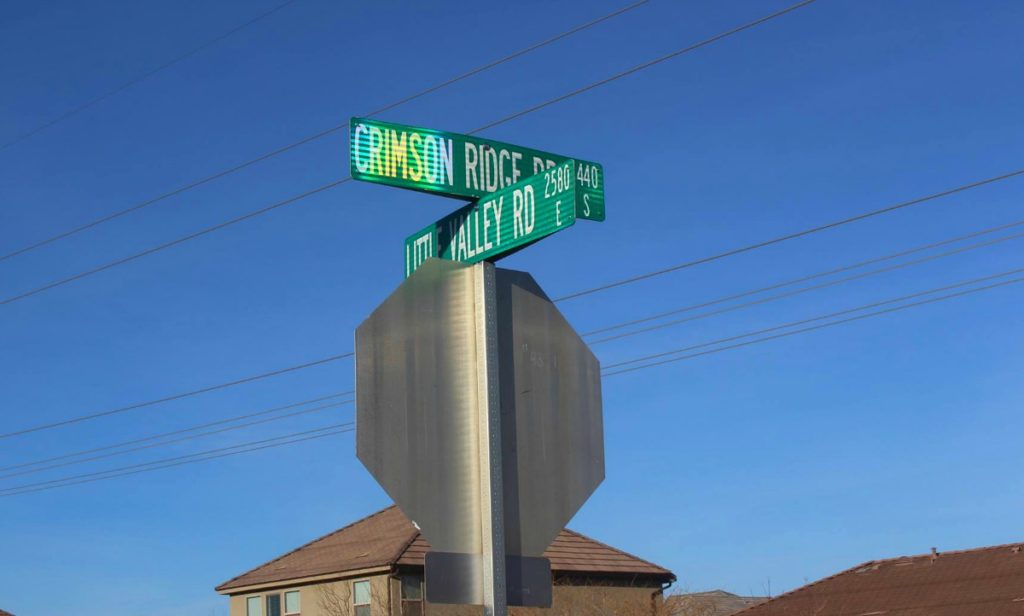 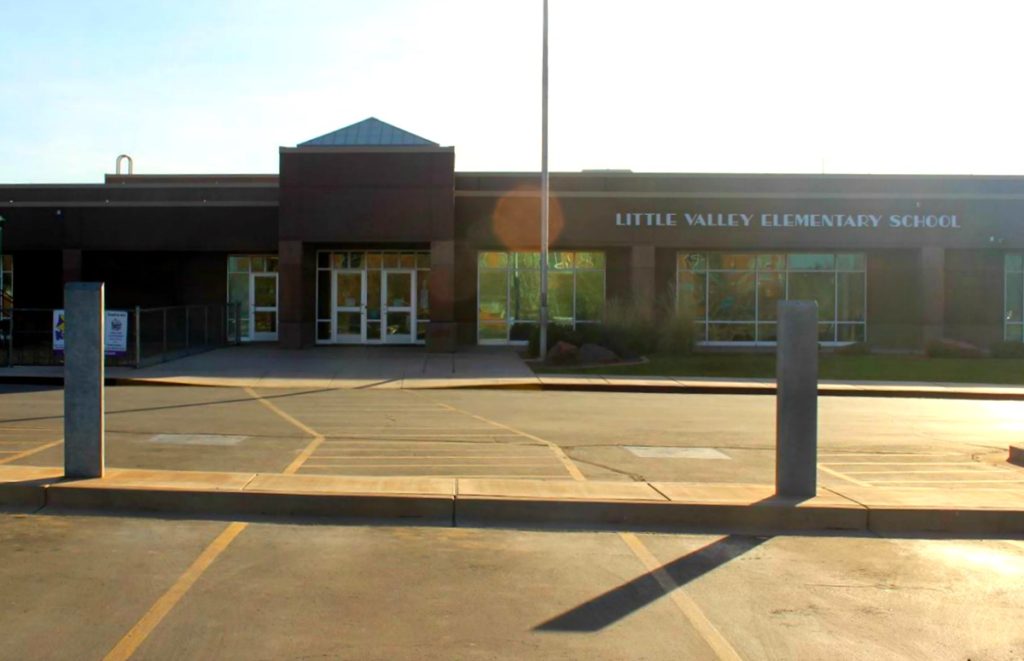 6-year-old struck in crosswalk on way to school