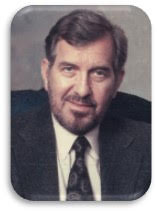 He was a 1947 graduate of Cedar City High School where he was the quarterback of the football team. He then attended BAC, currently known as Southern Utah University, for a time and played basketball there. During summers Miles drove a bus for the National Park Service making the circuit from the North Rim of the Grand Canyon, through Zion and Bryce Canyon, which he remembered fondly. He attended and eventually graduated from the University of Utah in 1956. He remained a loyal fan and followed their sports exploits closely. During these years he also served honorably in the U.S. Army infantry in Korea. He was honorably discharged in August of 1953.

Miles was a tennis enthusiast and after moving to St. George played tennis several times a week at Green Valley. He participated in the Huntsman Senior Games for several years, even winning a medal in 2000. Miles was also a lover and appreciator of music. He enjoyed classical, more particularly, opera. He also loved the 40s big bands and jazz.

Miles had a varied and interesting professional life which took him from Salt Lake City to California and back. He used his engaging personality to sell and market clothing and building materials but ultimately marketing the services of substance abuse treatment facilities. He even worked as a counselor in that field for a time, helping those who struggled to put their lives in order and become productive again.

Miles is survived by his wife, Sara, his sister, Patricia Harrison of St. George, his children: Edmund Urie of California, Millicent Downs of Florida, Steven R. Urie of Mississippi, and a granddaughter, Chelsea Downs of Florida. Miles is also survived by Sara’s children: Rachel Hatch Auernig and Mitchel B. Hatch.  He is preceded in death by his parents, his brother, David, and his son, Miles W. Urie, Jr.

The family wishes to express their gratitude to Alliance Hospice for their tender care and guidance during Miles’ final weeks.