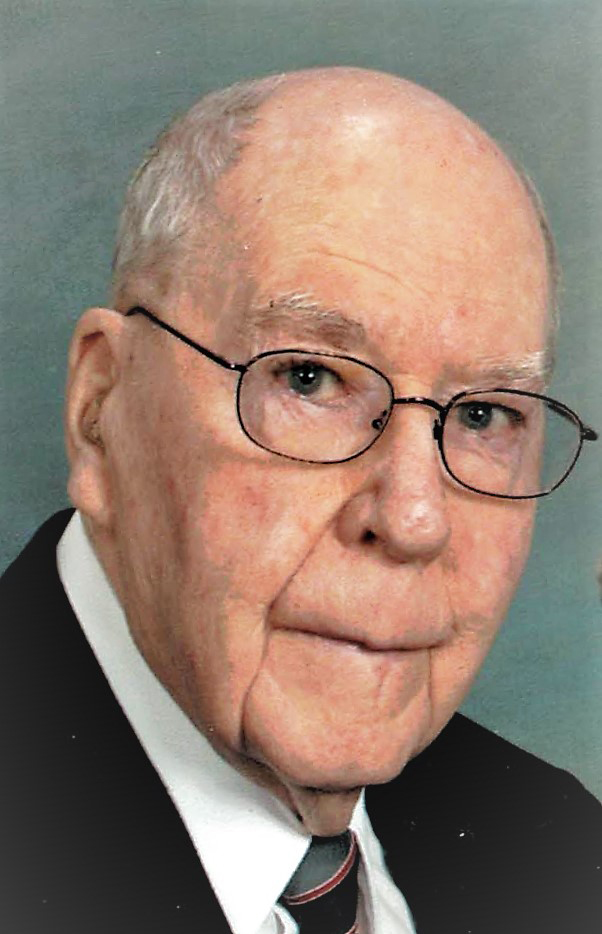 Lauren Milton Roundy, 98, beloved husband, father, grandfather, great-grandfather and great-great-grandfather passed away, Wednesday, Feb. 22, 2017, at the Veterans Home in Ivins, Utah. He was known by his family and friends as “Milt”.

Milton was born July 12, 1918, in Alton, Utah to parents, Lauren S. and Viola Cutler Roundy. He grew up with his sister, Laura, and two brothers, Paul and Chester. As a youth and teenager, he worked herding sheep all over southern Utah. He loved hunting and fishing and pursued those activities as long as he was able.

He served in World War II in the Navy as an Aviation Metalsmith First Class and was stationed at the Naval Air Station at Kahului, Maui, Hawaii.

Upon discharge from the Navy, he attended Air Conditioning School in Chicago, Illinois. He moved to Reno, Nevada, after completing school, where he met Janice, at a church meeting. They had a whirlwind courtship and married on June 11, 1947, six weeks after they met. At the time of her passing, they had been married almost 67 years.

Milton worked through the years as an air conditioning and refrigeration repairman and completed his career working at the Naval Air Station in Fallon, Nevada.

After retirement, Milton and Janice, moved to St. George, Utah, so they would be close to the St. George LDS Temple where they served faithfully for over 20 years.

Milton and Janice were called on an LDS mission to San Diego, California, where they served in the mission office. Both served faithfully in The Church of Jesus Christ of Latter-day Saints in many capacities throughout their lives, including singing in their ward and stake church choirs. Milton served as a ward or stake clerk in almost every ward or stake they lived in, sometimes several times. He also served as High Priest Group Leader. He was a true student of the scriptures. After he lost his ability to read due to macular degeneration, he would listen to the scriptures on tape and went through the Standard Works multiple times.

Milton was preceded in death by his wife, Janice, in 2014. He is survived by his six children: Jerry (Ellen), Bruce (Virginia), Debbie (Dan), Janny, Kathy, Tammy; 15 grandchildren, 14 living; 40 great-grandchildren, 39 living, and one great-great-granddaughter.