ST. GEORGE — Air transport was requested after a man was injured in a mountain biking accident near Navajo Road Saturday afternoon.

At 3:30 p.m. St. George Fire and Gold Cross Ambulance were dispatched to a reported mountain bike accident that involved a rider in his 30s with a possible concussion on the Green Valley Bike Loop just east of the Bearclaw Poppy Trailhead, St. George Fire Battalion Chief Robert Hooper said.

Emergency crews found the injured rider and set up the staging area in preparation for Intermountain Life Flight’s landing nearby.

“We did call out Life Flight due to the nature and location of the call, as he was about three to four miles out from the pavement,” Hooper said.

Witnesses at the scene reported that the man was riding down a steep hill when he went up and over the handle bars and crashed, at which point another mountain bike rider called 911.

Once the helicopter landed, the emergency medical crew brought the man to the staging area to assess his injuries.

The rider declined air transport at that time and was instead transported to Dixie Regional Medical Center by Gold Cross Ambulance for treatment, Hooper said.

At the time this report was taken, Hooper was unable to specify the nature of the man’s injuries or medical condition due to privacy policy constraints. 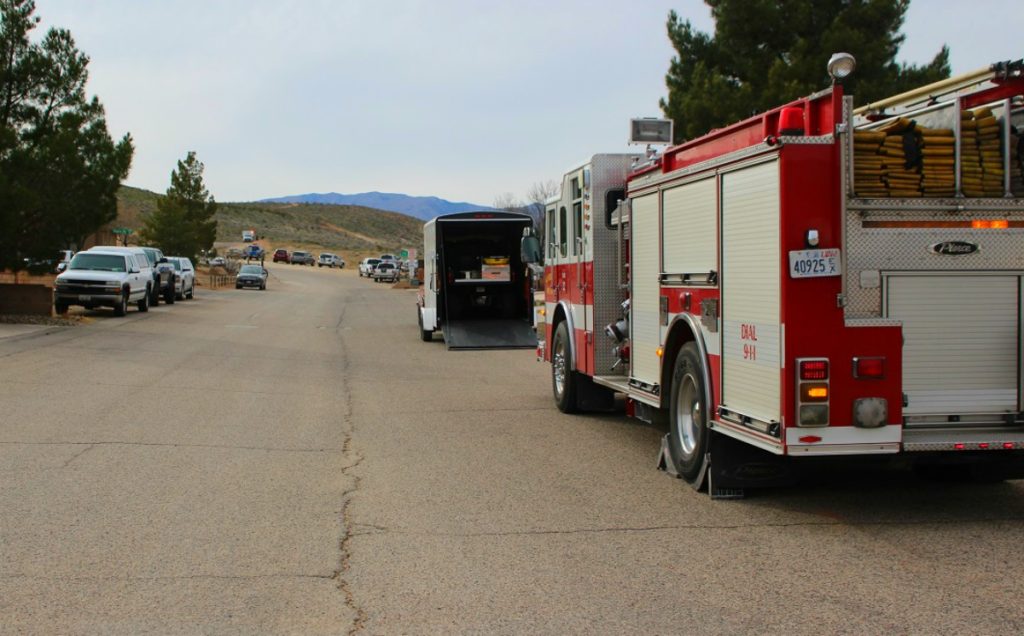 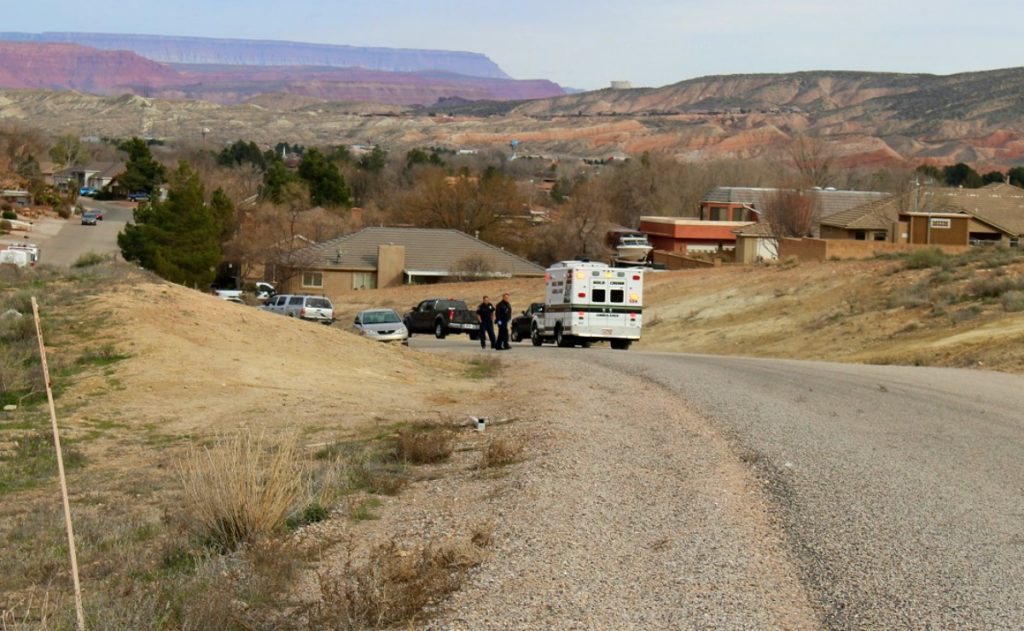 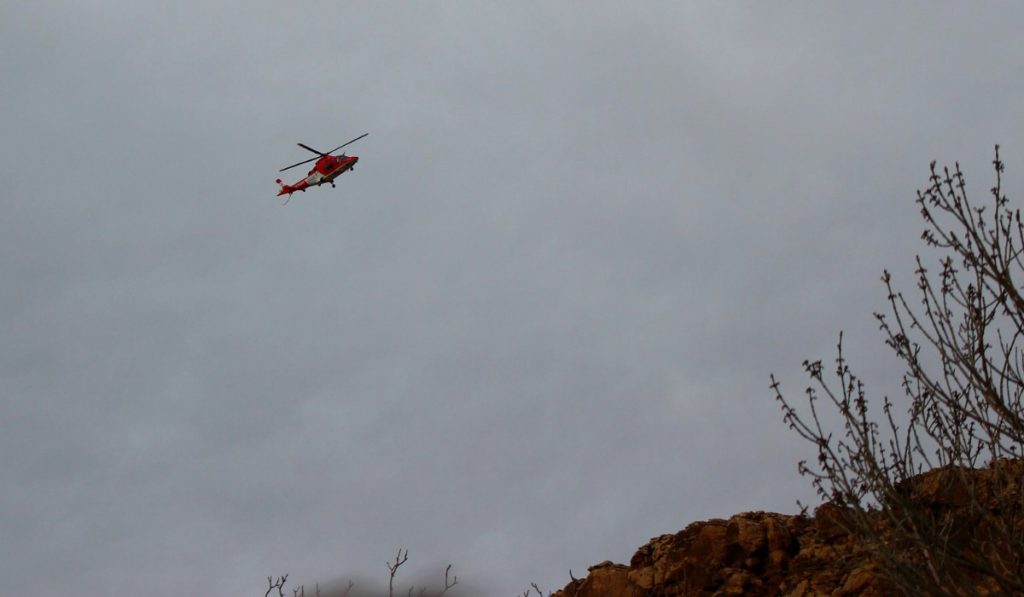 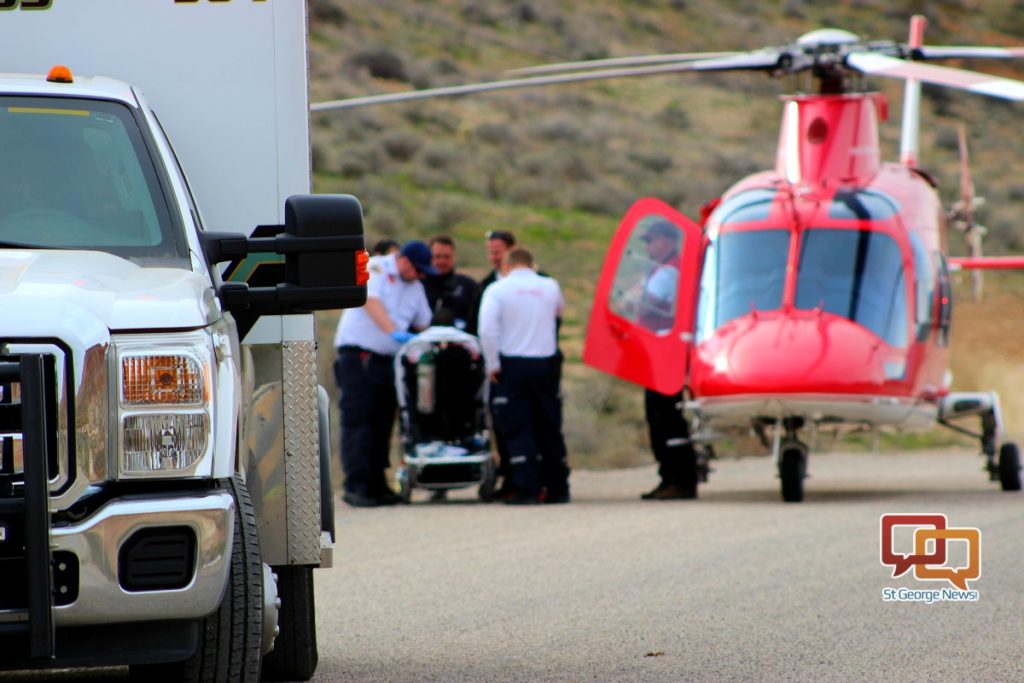 This February 2017 file photo shows a rescue of a rider who was injured while riding near the Green Valley Loop, St. George, Utah, Feb. 25, 2017 | Photo by Cody Blowers, St. George News 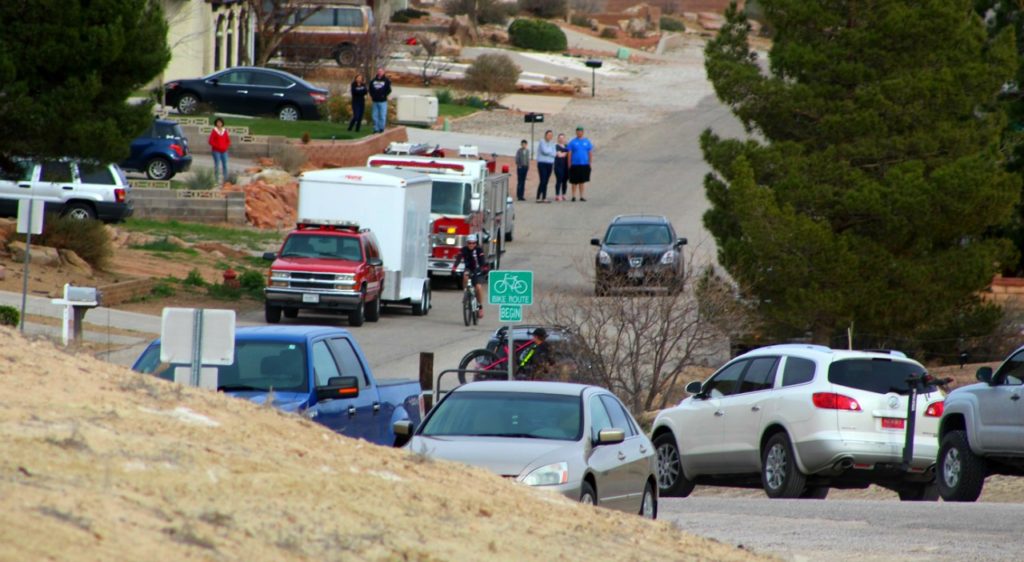 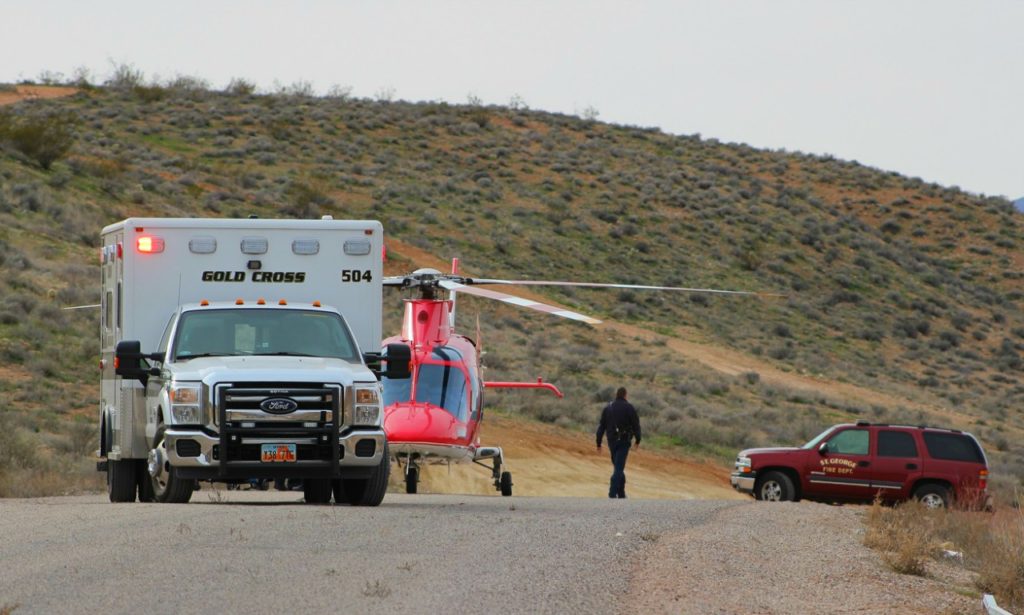 Man falls while rappelling, transported to hospital by Life Flight