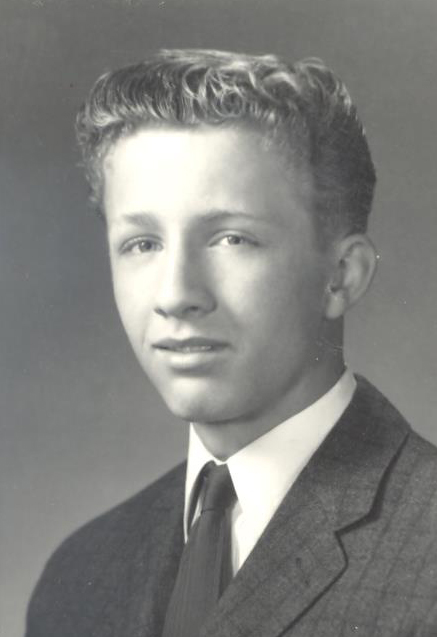 Robert Hamilton Bulloch, an adventurous soul, passed away peacefully on Feb. 18, 2017, from vascular dementia. “Bob” was born on June 24, 1943, to Robert Woodrow Bulloch and Lucy Hamilton. Though his time was cut short, Bob lived a full life and will be greatly missed by many.

Bob was born and raised in Cedar City with sisters, Bonnie and Helen. During his childhood, he spent summers with cousins and herded sheep on Kanarra Mountain. It was there that he developed a deep love for the outdoors. Bob grew up during simpler times when kids listened to Johnny Cash and Gunsmoke on the radio and worked on cars after school. During his youth, he made friendships that lasted a lifetime, and on Feb. 6, 1965, he married a local girl, Beverly Shamo, in the Cedar City Rock Church. Their marriage was later solemnized in the Salt Lake Temple. Bob and Bev were married for 52 years and raised two children, Michael and Ember.

Soon after their marriage, the Bullochs moved to Seattle, Washington, where Bob received training and experience as a dental technician. He was naturally artistic and possessed a tremendous work ethic, which helped him become highly skilled at his craft. Bob opened a dental lab in Washington and took great pride in his profession and workmanship. After living in the Seattle area for nine years, the family returned to St. George, where Bob built another successful business, Color Country Dental Lab, which he owned and operated until his retirement.

When he wasn’t working hard to support his family, Bob enjoyed building rifles, loading bullets, and tying flies. He was an excellent bench rest marksman, earning top awards in state and national competitions. He loved deer hunting near Indian Peaks, calling coyotes on the Arizona strip, fly fishing the Green River, spending time on the point of Kanarra Mountain, and gathering pine nuts wherever he could find them. Bob loved Dutch oven potatoes, venison & eggs, making jerky, and sleeping under the stars. He cherished the southern Utah landscape, where he spent numerous days tramping about with his lifelong friend, Doug McKnight. Bob was a member of the LDS church and served in many positions, including Bishop of the St. George 3rd Ward. He valued his callings and influenced many through leadership and service.

Bob was preceded in death by his parents: Robert and Lucy. He is survived by his wife, Beverly; sisters: Bonnie Holyoak (Robert) and Helen Wolff (Mike); children: Mike (Angie Eckman) of Eden, Utah and Ember (Eric Mitchell) of St. George. Bob was proud of his children and cherished time spent with his seven grandchildren: Jessica (Michael Roberts), Jenessa (Justin Morgan), Tanner, Hunter, Brittani, Austin, and Cameron and three great-grandchildren:  Xiola, Brandon, and Elise. Some of his favorite memories include family trips to Lake Powell and road trips with Beverly in the Airstream. Bob often quoted from his favorite book, The Hobbit, saying, “Adventures make you late for supper.” As he embarks on a new adventure, we hope Bob is routinely late for supper.

The family is grateful for the unwavering loyalty and support of good friends and neighbors. They especially thank caregivers of The Retreat at Sunbrook and Applegate Hospice, who nurtured Bob during his most difficult days.