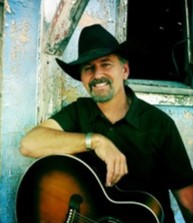 One of God’s choicest spirits was called home Feb. 14, 2017, while timber sledding in the Flat Top area near Steamboat Springs, Colorado.

Jesse spent his youth in the Denver area, Las Vegas and St. George, Utah. Jesse attended Dixie High School in St. George, Utah, and graduated from Columbine High School in Littleton, Colorado. Following his graduation, Jesse served a mission for The Church of Jesus Christ of Latter-day Saints in South Africa. It was while serving his mission that he first realized his musical talent as he preached the gospel by song on the streets of South Africa. Jesse was currently serving as a first counselor in the bishopric in the Steamboat Springs LDS ward.

Jesse married his soulmate, Leslie Hunt, on April 21, 1998, and they were sealed for eternity on May 10, 2014. Written on the wall of their home is the quote “Every once in a while, in the middle of an ordinary life, love gives us a fairytale,” and what a fairytale their love is. Leslie and Jesse have a rare, unique kind of love that is unmatchable.

Jesse is a musician, an artist, an adventurer and larger than life. Jesse leant his style and originality to everything he touched, whether he was gold leafing a temple somewhere in the world, customizing a family’s home or, together with his son Colter, bringing smiles to many with his music.

Jesse is a man who knew how to love his family, his crew, his friends and life to the fullest. He spread laughter, joy and goodness daily. Jesse lived every day in gratitude and never carried the burden of bitterness.

Jesse has a loving relationship with his Savior and is well acquainted with Him. He lived the Savior’s admonition to serve and love one another in everything he did. Jesse’s son Brady with special needs helped him learn to walk in the Savior’s way more perfectly.

Families are forever and so are friendships. If you had the privilege of crossing paths with Jesse, count yourself blessed for he saw greatness in everyone. Jesse is truly one of a kind and will be missed and forever loved by all who knew him.

Heaven just received the most amazing singing cowboy; his life flows on in endless song.

All are invited to celebrate Jesse’s magnificent life.

The family wishes to thank all who were involved in Jesse’s rescue efforts and recovery, including Routt and Garfield County Search and Rescue.

Arrangements are under the direction of Spilsbury Mortuary, Saint George, UT. (435) 673-2454. Friends and family are invited to sign his guestbook at www.spilsburymortuary.com.

Obituaries are received from the public and are not the product of St. George News, its editors, staff or contributors. The matters stated and opinions included are the responsibility of the person submitting them. Obituaries may be submitted for consideration to St. George News via email to obits[email protected]