ST. GEORGE — A semitractor-trailer lost two tandem tires on Interstate 15 in Arizona and pulled to the side of the road safely while the pair of tires continued for more than a mile without causing injury or damage to any other motorists Friday.

A citizen alerted officers of the incident. The witness told troopers that the semi driver came to a stop on the side of the roadway but the tire did not, continuing down the interstate with the witness in tow, Arizona Highway Patrol Trooper Tom Callister said.

After rolling from Mile Post 19 to the Cedar Pocket overpass at Mile Post 18 the tires were found leaning on the median just under the overpass, Callister said, where troopers attempted to move them manually.

“They were actually so heavy that we could not move it by hand, so we had to call a tow truck to haul those tires out of there.”

The weight of the tires combined with the highway speeds a semi is typically traveling at is what makes them so dangerous, he said, and if 600 pounds of rubber starts bouncing it could go right over the median wall which could create a significant hazard for opposing traffic, as well.

“They can be deadly because those things are missiles and will go right through a car,” Callister said.

The semi sustained some damage when the tires broke away from the axle, however, the incident caused no injury to other motorists or damage to any other vehicles.

“Fortunately the tires were basically traveling the same direction as traffic,” Callister said, “and then came to rest along the median and out of the way of other cars.” 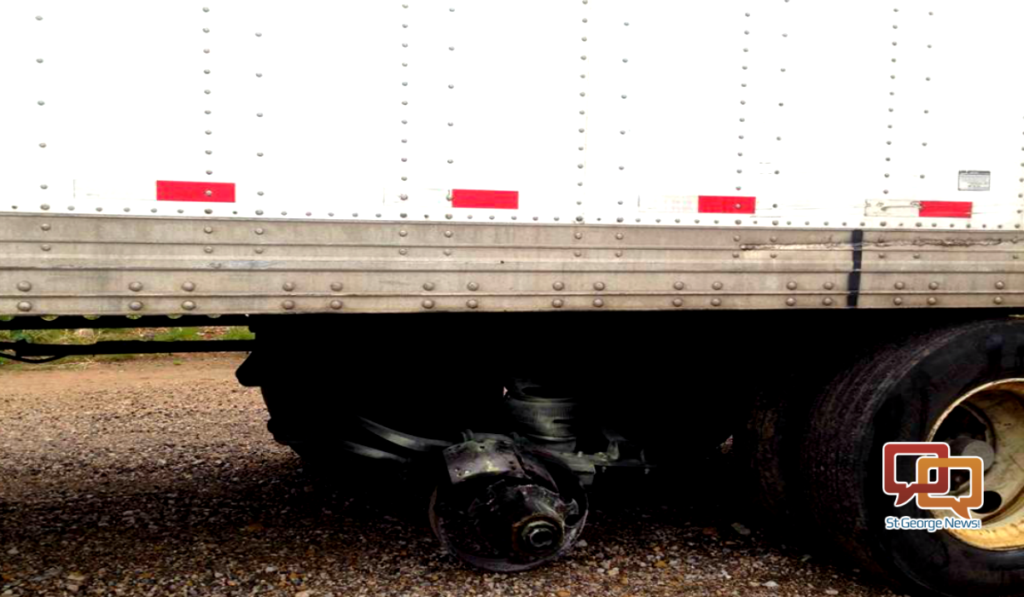 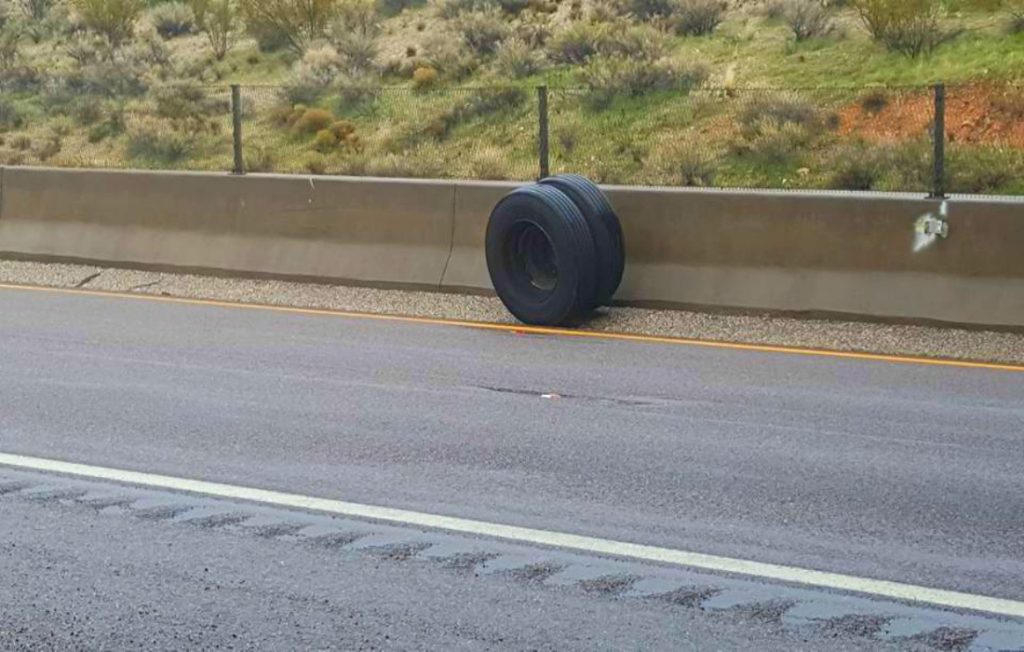 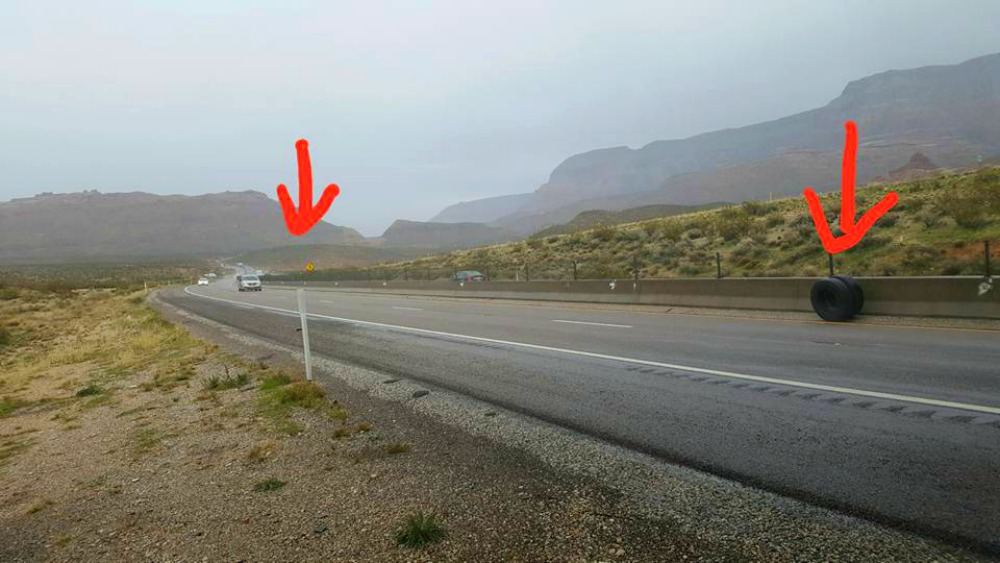 Arrows show where semi came to a stop in relation to where the tandem wheels were found resting against the median wall of Interstate 15 southbound near Exit 18, Mohave County, Ariz., Feb. 17, 2017 | Photo courtesy of Tom Callister, St. George News