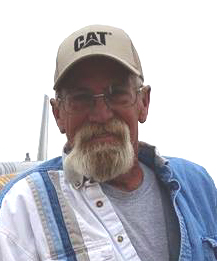 Jonathan David Kotarski, passed away suddenly Wednesday, Feb. 15, 2017. He was born on March 24, 1961, in Rhinelander, Wisconsin, to Gene Wallace Kotarski and Winnifred Ann Slizewski. His family moved to St. George, Utah, when he was a year old.

He married his high school sweetheart, Sherrie Carter on May 17, 1978. Together they lived, laughed, and loved and created many memories with their three children. They enjoyed hunting, fishing, and camping and just visiting together. Jon was passionate about his work in the construction industry. He loved spending every day “playing with the big boy toys in the big sandbox.” He was grateful for his employment with Desert Hills Construction. He loved the guys he worked with and said that “It was never a chore to go to work.”

He was always willing to help anyone who needed assistance. Whether it be a late-night jumpstart, fixing a leak, building a deck, or creating a shed from scratch, he was the man to call. He would regularly drop everything to help out a friend or stranger in need. He was full of light and laughter and brought joy to all those around him. This trait drew him to join the local Elks lodge where he served in many different positions including Exalted Ruler, which allowed him the opportunity to work with many great charities.

He is survived by his wife, Sherrie Carter Kotarski, his children, Cindy (Kevin) Romney, Jimmy Kotarski, Shelby (John) Davidson, and his two grandchildren Savannah and Wyatt Romney; sisters, Sue (Mike) Gallagher, Debi (Jerry) Wheeler, and Dawn (Terry) Byers; brother, Jeff (Trish) Kotarski; and many nieces, nephews, and adopted children. He is preceded in death by his parents, Gene and Winnie.

Arrangements are under the direction of Spilsbury Mortuary, St. George (435) 673-2454. Family and friends are invited to sign his online guestbook at www.spilsburymortuary.com .