REVIEW – Is there such thing as cry-laughing? Laugh-crying? You know the kind of deep belly laughter that threatens a snort and makes your eyes water? That is exactly the kind of laughter I experienced Thursday night at The Electric Theater during The Stage Door’s presentation of Mel Brooks’s “The Producers.”

The show is irreverent, outrageous and offensive to almost every race, religion, sexual preference and modest mouse on the planet. It is also gut-splittingly funny and brilliantly satirical.

The musical production of “The Producers” was adapted by Mel Brooks from the 1968 movie of the same name which Brooks wrote and directed and that starred Zero Mostel and Gene Wilder. The movie marked the directorial debut for Brooks who won the Academy Award for Best Original Screenplay.

The film was adapted as a musical stage production that debuted on Broadway in 2001 starring Nathan Lane and Matthew Broderick. It was an unqualified hit, garnering 12 Tony Awards and spawning a 2005 musical film version that also starred Lane and Broderick.

Both the stage and film versions follow the same storyline of down on his luck Broadway producer, Max Bialystock (John Massey) who partners with his accountant, Leo Bloom (Joel Thomas), in a scheme to get rich by overselling shares in a Broadway flop.

To be sure, the production is meant for mature (and I am not just talking age) audiences but rather than feeling vulgar “The Producers” felt refreshing in its honesty and politically incorrect humor. Anchored by a strong cast of high-caliber actors and led by director Shari Jordan who appeared in the Broadway show and in the 2005 film, “The Producers” is as delightful as it is brash.

It is hard to pick out a highlight in a show where nearly every scene is full of detail and humor. It is difficult for the eyes and ears to take it all in.  But if I had to pick a few things that stood out I would say they were the lead actors and the physicality of the production.

For the role of Bialystock, The Stage Door invited John Massey, an Actors’ Equity Association actor from California to grace The Electric Theater stage. Massey seemed tailor-made for the role of the oversexed crook Bialystock whose love of money was trumped only by his love of being a Broadway producer.

Massey has a giant stage presence which filled the tiny Electric Theater stage with seemingly endless energy and stamina. Massey is clearly a professional and it showed in the quality of his performance but he also never seemed to be trying to upstage the other actors.

In stark contrast to Bialystock’s libido-driven charisma and greed is Leo Bloom, a mousey, spineless accountant sent to do Bialystock’s books. Bloom is portrayed by Joel Thomas as a neurotic, wannabe producer who is prone to hysterics and carries a blue “blankie” with him for comfort.

Where Thomas shines the most is in his facial expressions. Thomas contorts his face in expressions reminiscent of a caricature drawing and it is his attention to the very minutiae of the way his lips purse or his eyes dart that made him as equally engaging to watch as Massey.

I would be remiss if I didn’t mention the lovely Janice Brooks who took the term “cougar” to a whole new level in her portrayal of Hold Me-Touch Me.

A few other notables for me were Tazia Murie as Ulla, John Grzesiak as Roger De Bris (especially Roger De Bris as Hitler) and Jake Thomas as Carmen Ghia.

“The Producers” is an extremely physical production and it is a credit to Jordan and the rest of the stage crew that they were able to fit the choreography (original Broadway choreography) and sets on the small stage and make it feel full but not crowded.

The production featured a lot of quality dancing, particularly from some of the male ensemble cast, which was thrilling. I must admit my jaw dropped a little seeing the movement executed so well.

The apex of the production for me was when we finally got to see Bialystock and Bloom’s surefire flop, “Springtime for Hitler,” come to life on the stage. I won’t go into too many details except to say that Hitler has never been so gay and the Third Reich has never been so spandex and sausage laden as it is in “The Producers.”

The only travesty of the whole production was that not every seat in the house was filled.

To quote from the production itself, “It was shocking, outrageous, insulting; and I loved every minute of it.”

Tickets are $18-$21 and can be purchased online or at the door on the night of the performance. 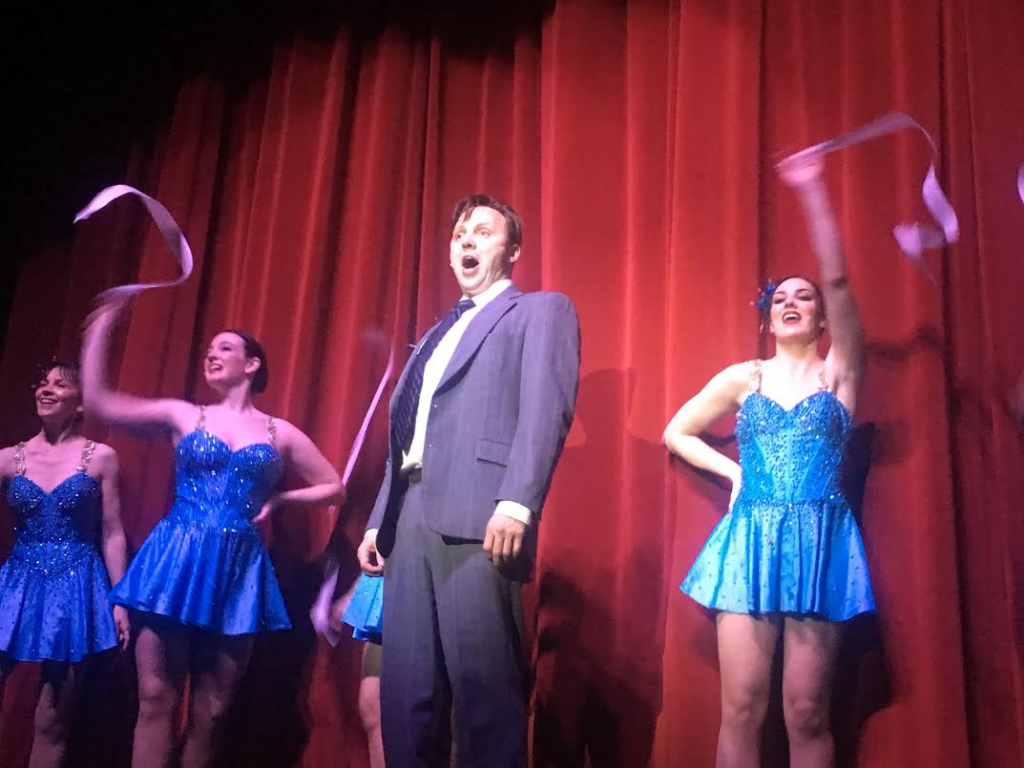 Joel Thomas as Leo Bloom is surrounded by showgirls on the Electric Theater Stage in The Stage Door's production of "The Producers," St. George, Utah, Feb. 16, 2017 | Photo by Hollie Reina, St. George News 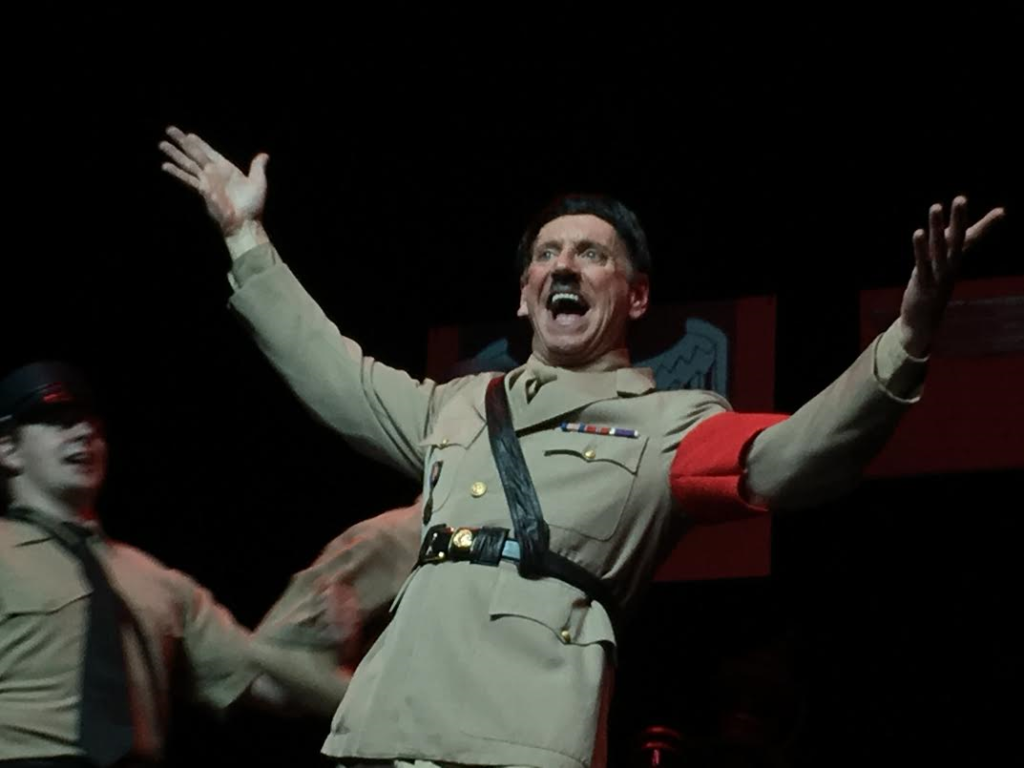 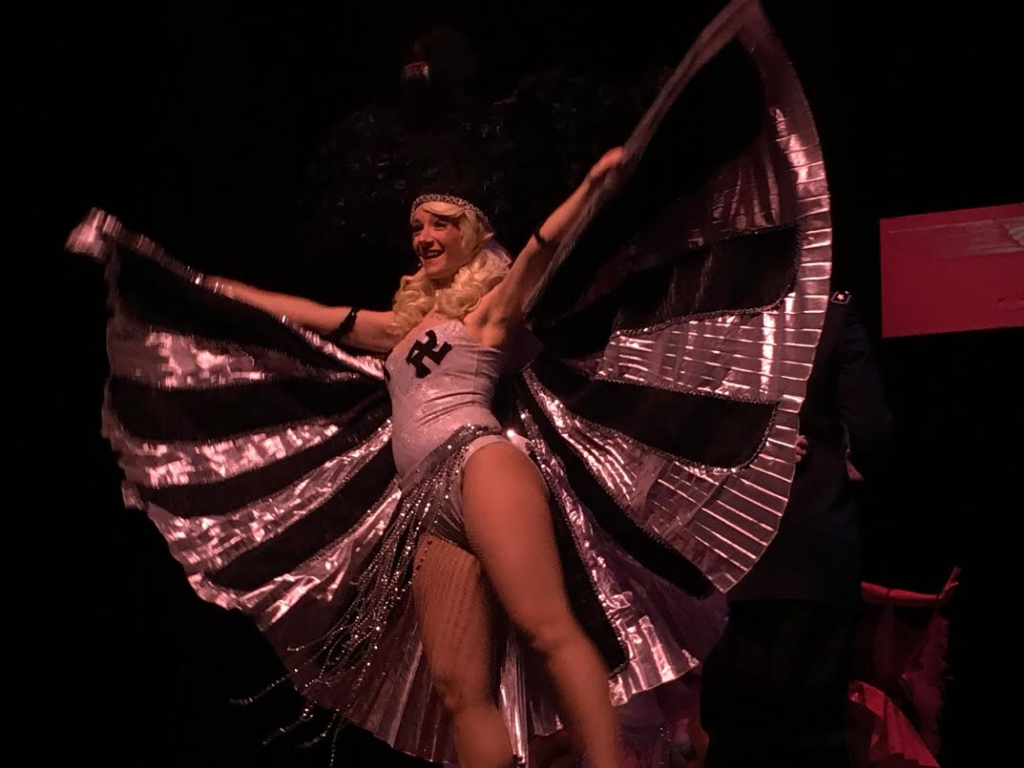 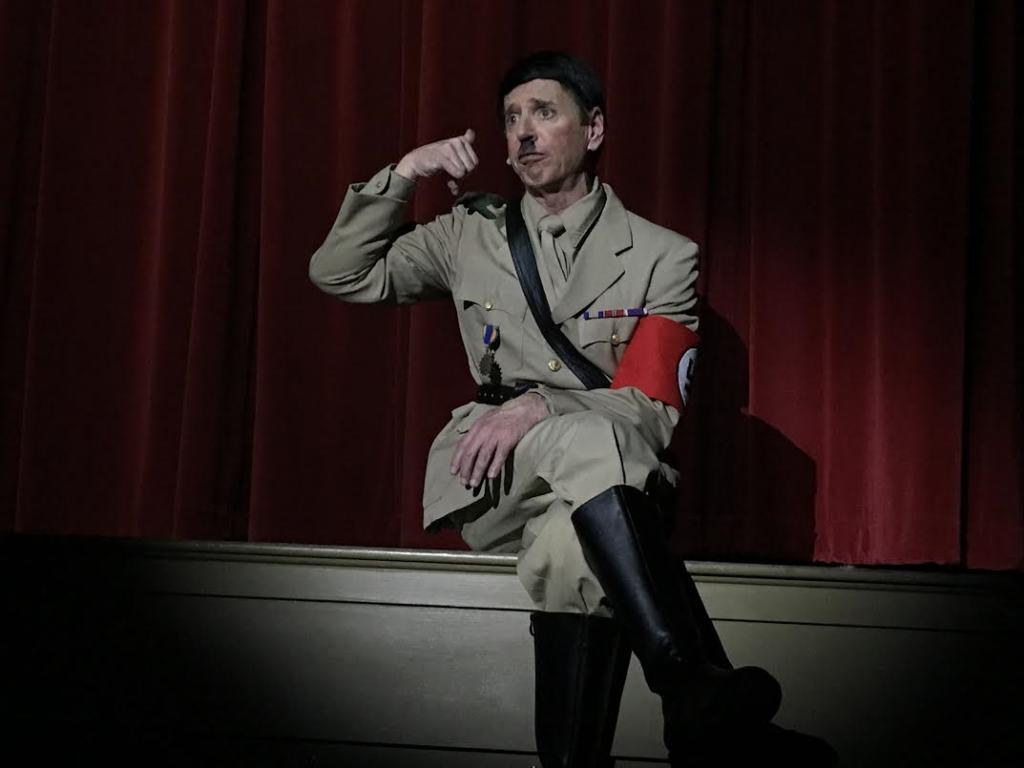 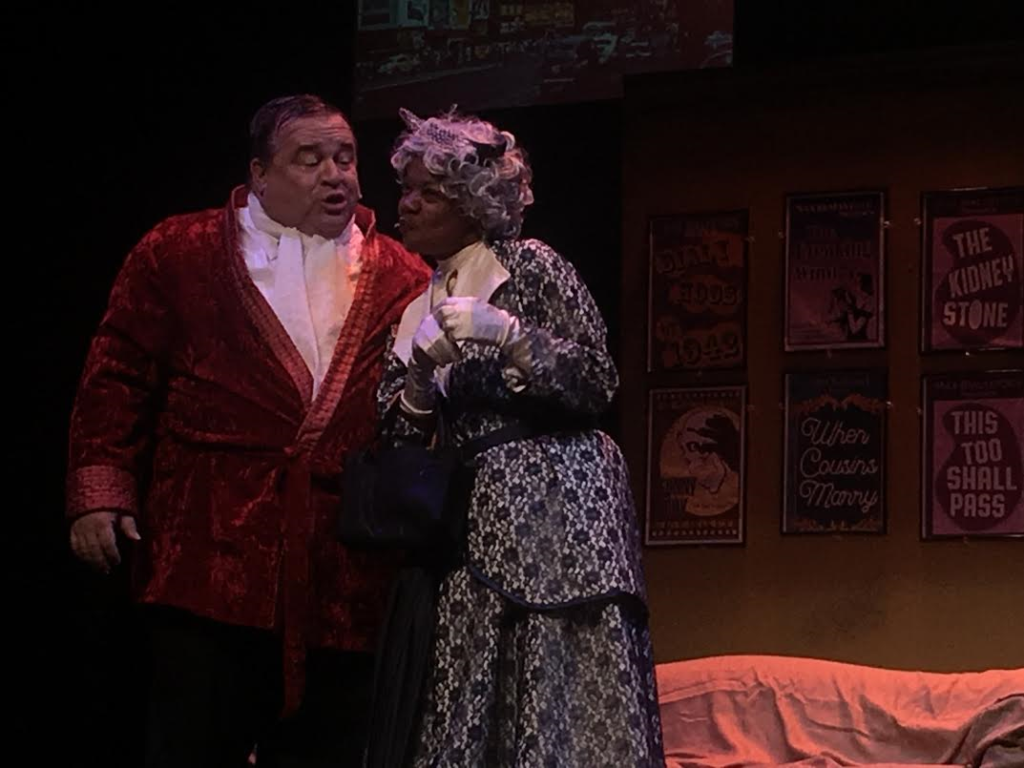 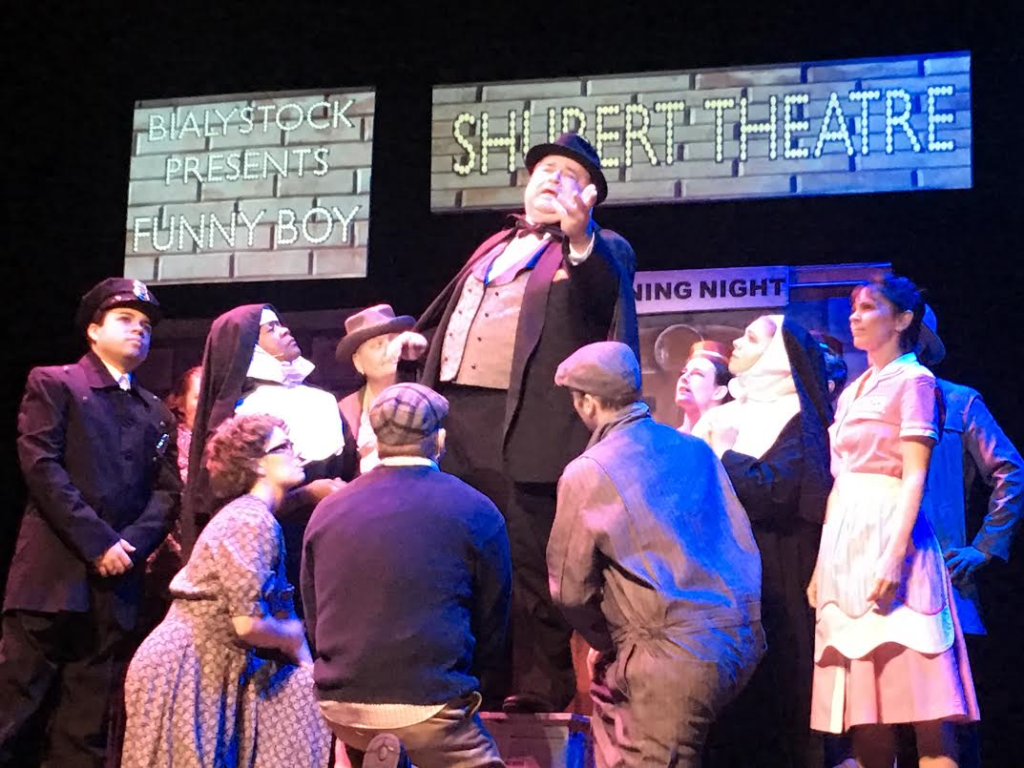 The Stage Door brings hilarious 'The Producers' to Electric Theater