ST. GEORGE — A Friday morning commute to the office was interrupted after a wide right turn resulted in two damaged vehicles and brought several officers and responders to a large scene. The incident marked well over 200 crashes in the St. George city limits already this year.

Just after 9 a.m. officers and emergency personnel were dispatched to a crash on W. 600 South near the corner of Bluff Street involving two vehicles, a silver Ford pickup and a black Volkswagen Passat, St. George Police Officer Ken Childs said.

Upon arrival officers found the extensively damaged Volkswagen in the westbound lane facing east, with the Ford resting nearby. After checking both drivers for injuries, officers set out to determine the cause of the crash, Childs said.

The investigation showed that the woman driving the Volkswagen was heading north on Bluff Street and made a wide right turn onto W. 600 South, Childs said. The turn was wide enough that the driver, who stated she was intending to turn left of 600 South into a parking lot, actually ended up in the other lane of travel.

Meanwhile, the man driving the Ford was heading west on W. 600 South and was struck by the Volkswagen as it entered his lane, Childs said. The impact that sent the Volkswagen spinning in the roadway until it came to rest facing the wrong direction. Childs said the driver of the Volkswagen probably didn’t see the truck coming from the opposite direction.

Nationally, 97 percent of all crashes occurring at or near an intersection are caused by a single driver error, according to a 2010 study conducted by the National Highway Transportation Safety Administration. Additionally, intersection-related crashes are almost 335 times as likely to be caused by “turning with obstructed view” than in nonintersection-related crashes. The second highest cause is for “inadequate surveillance.”

The Ford sustained moderate front-end damage and remained operational, while the Volkswagen was significantly damaged and was towed from the scene.

“The airbags deployed in the vehicles and both drivers were wearing seat belts at the time of the crash,” Childs said. “The driver of the Volkswagen was cited for improper lane travel at the scene.” 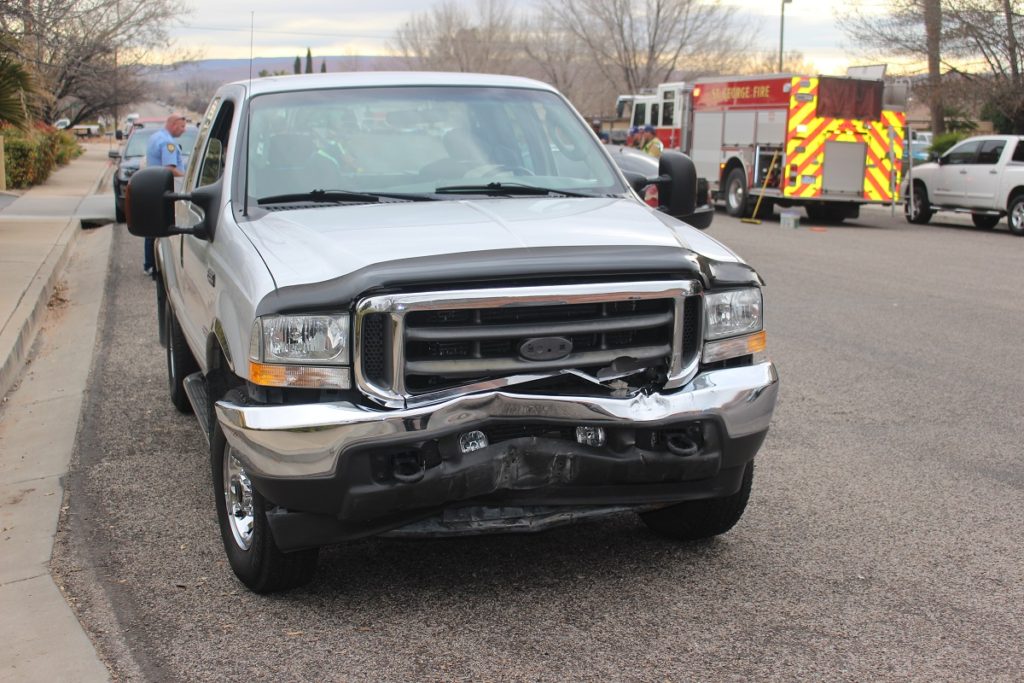 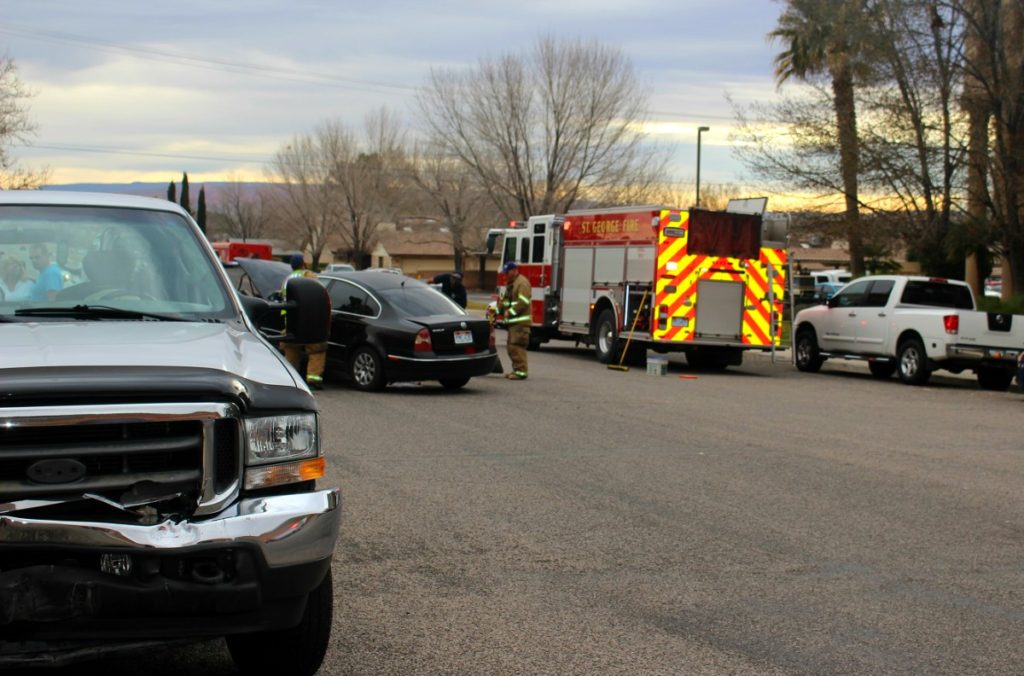