ST. GEORGE — Swati Dlamini Mandela, granddaughter of Nelson and Winnie Mandela, delivered a keynote address of hope and change to a packed auditorium on the Dixie State University campus in commemoration of Black History Month Thursday.

Swati Dlamini Mandela spoke of her family’s deep commitment to the fight against discrimination and the hope that came as a result of rebuilding South Africa after apartheid.

Building strong communities was part of that effort and is still vitally important, she said, sharing insight into the beliefs that inspired Nelson and Winnie Mandela’s efforts.

“My grandparent’s life was founded upon the belief that each of us is called upon to contribute to the global village where equality, justice, peace and harmony are the bedrock of civilization,” she said.

Swati Dlamini Mandela also spoke of the dark clouds she sees forming throughout this country, which makes education and building a strong sense of community even more vital.

“Education is the most important tool that can change the world,” she said.

Her grandmother, Winnie Mandela, was a woman of strength, and even when the odds were stacked against her she continued moving forward. Ultimately, her grandmother played an instrumental role in ending apartheid.

“She became, and remained a beacon of hope to those during apartheid,” Swati Dlamini Mandela said of her grandmother, “insisting with her every move that justice would prevail.”

The force behind Nelson Mandela’s message taught the world that “bitterness is tossing,” and to leave it behind. Those words still ring true today, she said.

Swati Dlamini Mandela, daughter of Zenani Mandela, the ambassador to Argentina, holds a degree in public relations and marketing from Midrand Graduate Institute in South Africa. She is also the founding partner and managing director of Qunu Workforce, South Africa’s leading consultancy in creating equality in the workforce for those living with disabilities.

Additionally, she co-authored the autobiography “491 Days,” a book about her grandmother’s life, with the Nelson Mandela Foundation. She is also co-producing an authorized documentary with Mandy Jacobson about the life of Minnie Mandela. That film is set to be released this year in partnership with the Ichikowitz Family Foundation’s African Oral History Archive.

Swati Dlamini Mandela’s keynote address was sponsored by Dixie State’s Multicultural and Inclusion Center, which is a student support service established to increase diversity at Dixie State while enriching campus life through activities that promote culture and awareness. 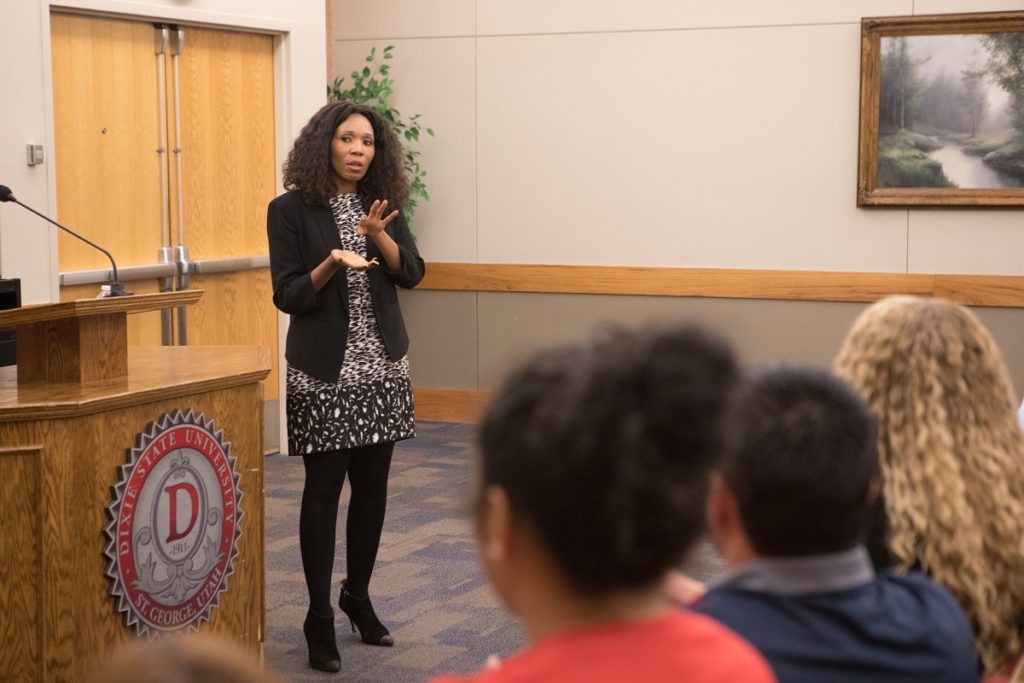 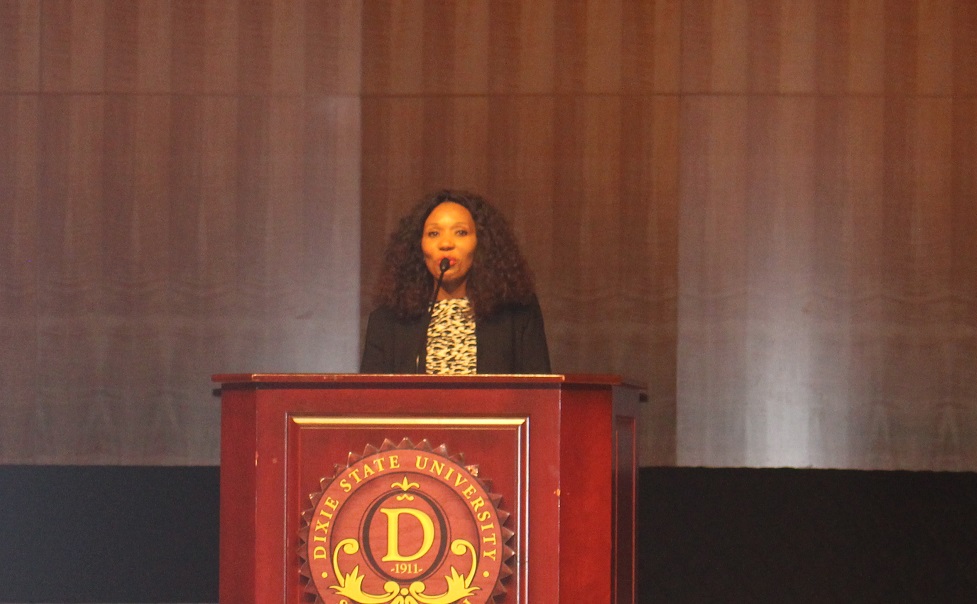 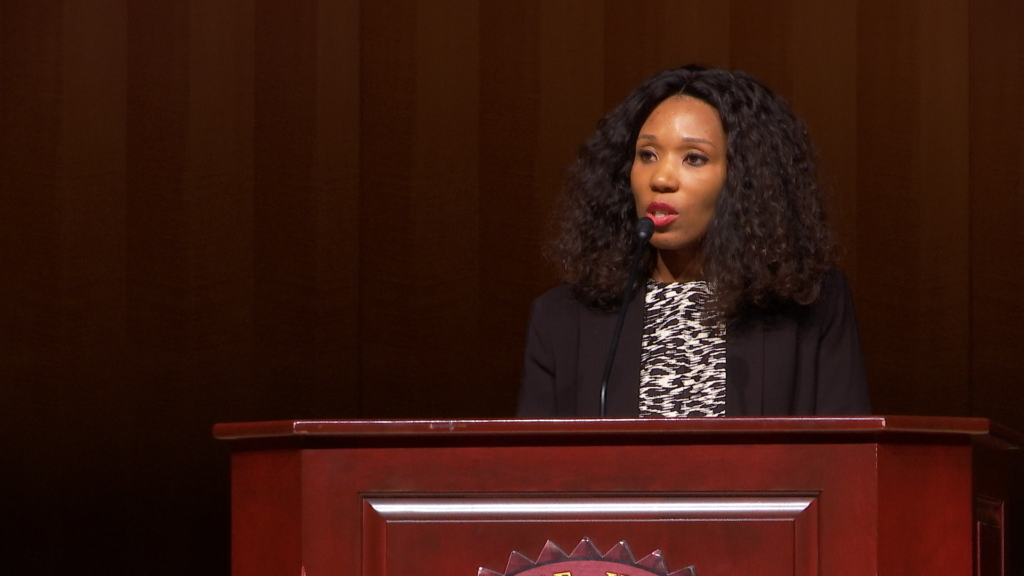