HURRICANE — Two drivers were injured when a motorist reported to police as driving recklessly slammed into a vehicle and pushed it into another vehicle while both were stopped at a light in Hurricane Thursday afternoon.

Once emergency personnel arrived they found a silver Toyota Tacoma pickup smashed into the rear bumper of a white 2004 Chevrolet Silverado truck that was sandwiched in between the Toyota and a 2004 Pontiac Vibe.

The occupants in all vehicles were checked for injuries, Adams said, and the 46-year-old woman driving the Toyota sustained minor injures, as well as the 49-year-old male driving the Chevrolet. Both were checked at the scene and declined transport to the hospital.

The 24-year-old woman driving the Vibe “reported that she was uninjured,” Adams said, “and the 4-year-old boy and 10-month-old infant were properly restrained and uninjured also.”

Officers interviewed witnesses and the concerned motorist who initially called 911.

“We were able to determine that the woman driving the Toyota was headed west on SR-9, and driving recklessly from the information provided by the witness who continued driving behind the Toyota for several minutes after the emergency call,” Adams said.

Officers were immediately dispatched to the area to look for the motorist.

“The witness observed the driver of the Toyota increasing their speed at times, changing lanes without signaling, and then the Toyota began weaving off of the road onto the shoulder,” Adams said.

Within minutes of the initial call the woman driving the Toyota crashed into the Chevrolet that was stopped at the light while waiting to make a left hand turn onto 5300 West. The impact sent the Chevrolet into the rear bumper of the Vibe, pushing it into the intersection.

“The woman said that she had a medical condition that may have contributed to the crash, possibly relating to a diabetic issue,” Adams said, adding, “She also explained that she applied her brakes once she realized the cars were stopped at the light, but she was unable to avoid the crash because she hit the brakes too late.”

Adams also said that the woman was checked by EMT’s at the scene, who were unable to immediately find any medical issue that could have caused the woman to drive in a reckless manner.

The person that called 911 gave a statement to the police after pulling off of the roadway immediately after witnessing the crash. The woman driving the Toyota was then cited for reckless driving and for following too close.

Westbound traffic on SR-9 was affected for approximately 45 minutes, Adams said, while emergency responders tended to the injured and cleared the roadway.

Adams said there are times when medical issues can increase a driver’s crash risk. If a driver starts to feel ill or begins to be affected by a medical issue while driving, it is imperative to pull off of the roadway in a safe area and then call for help, he added. 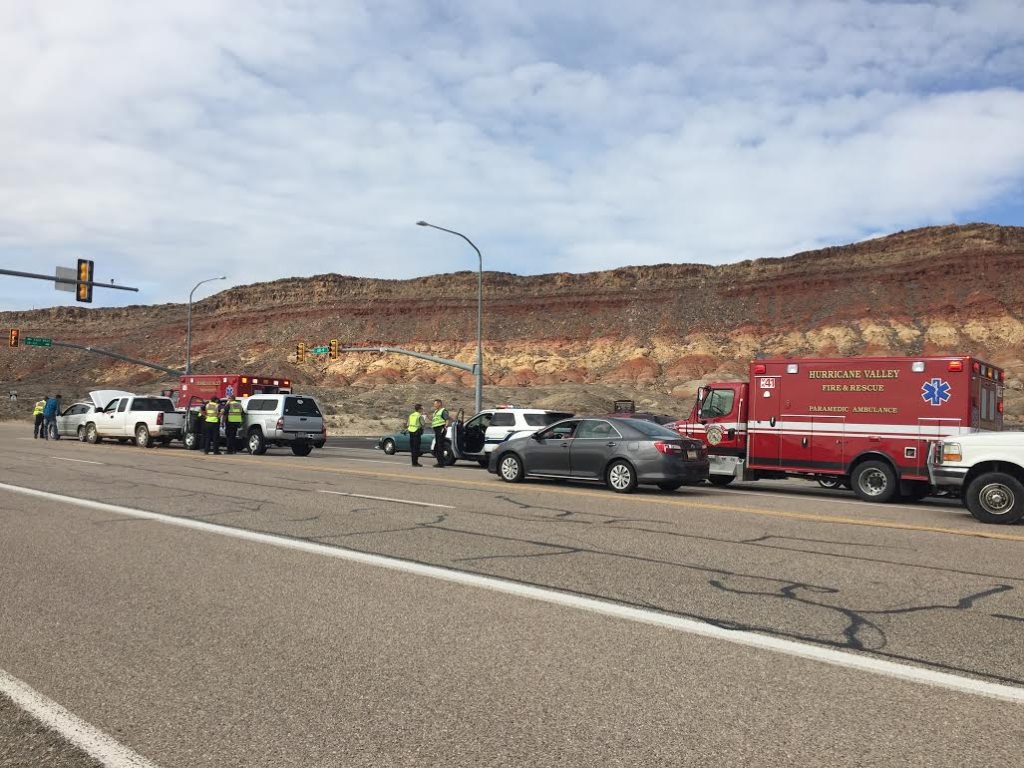 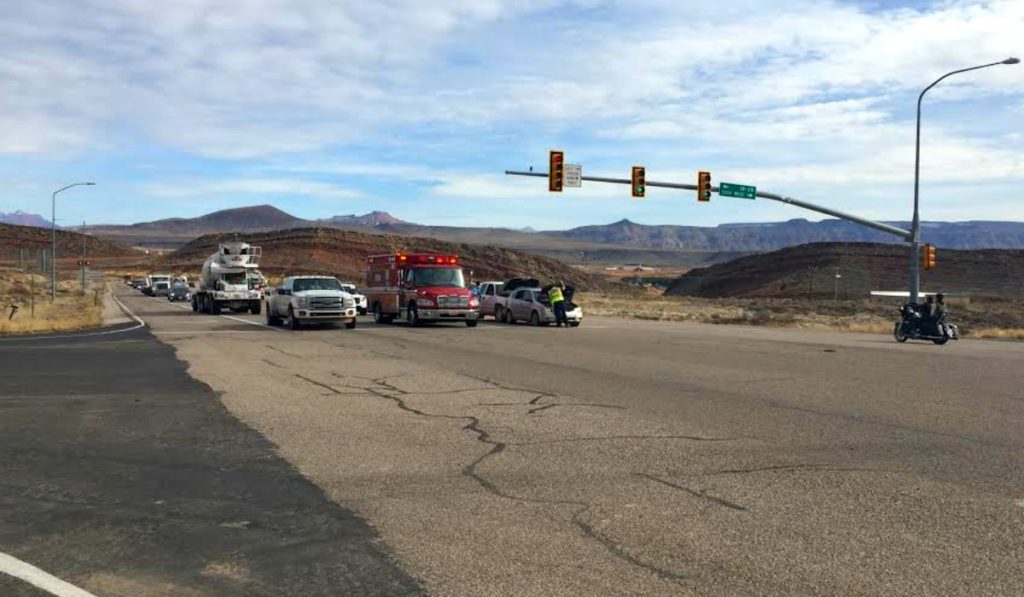 Father, son who died following I-15 rollover in Enoch were members of prominent Bangerter family