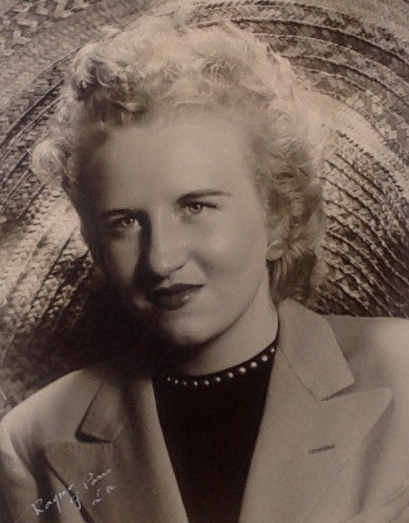 Vivian graduated from business college in St Cloud, Minnesota. After graduation, she moved to Los Angeles where she began a long career as an executive secretary and accountant. She met her first husband, Raymond, after the war. They were married in Las Vegas and chose to live there. They had four children. After Raymond was killed in a car crash, Vivian moved to Utah. There she met and married Ivan Robb. Together they shared many adventures and fulfilled two missions in Alaska and Portland for The Church of Jesus Christ of Latter-day Saints. Ivan passed away Oct. 18, 1991.

For the past 25 years, Vivian has remained very active in her community as a church and hospital volunteer. She danced with the Prime-Time Performers and traveled with them to Australia, Japan, NYC, New Zealand, Branson Missouri, to name a few. Vivian often participated in the Senior Olympics and won numerous gold medals in bowling.

She is survived by her daughters: Connie (Michael) Smoody, Sandy Walkenshaw, Karen Ferguson; and son, Raymond (Sandy) Ferguson; 12 grandchildren and six great-grandchildren.  She is also survived by her step-children: Jackie, Sandra, Tess, Gaylord, Penny and Ginger and their families whom she loved dearly. She is preceded in death by her husbands, Raymond Ferguson and Ivan Robb; grandson, Stewart Colt Gatlin; stepson, Val Robb.

The family would like to thank Integrated Hospice Care, the entire staff and residents at The Meadows, and her special friends, Andreus and June, for their friendship and care. A special thanks to her doctors: Dr. Brookanne Mickelson, Dr. Heather Gilbert and Dr. Karen Radley.

Arrangements are made under the direction of Spilsbury Mortuary, St George Utah, (435) 673-2454. Friends and family are invited to sign Vivian’s online guest book at www.spilsburymortuary.com.