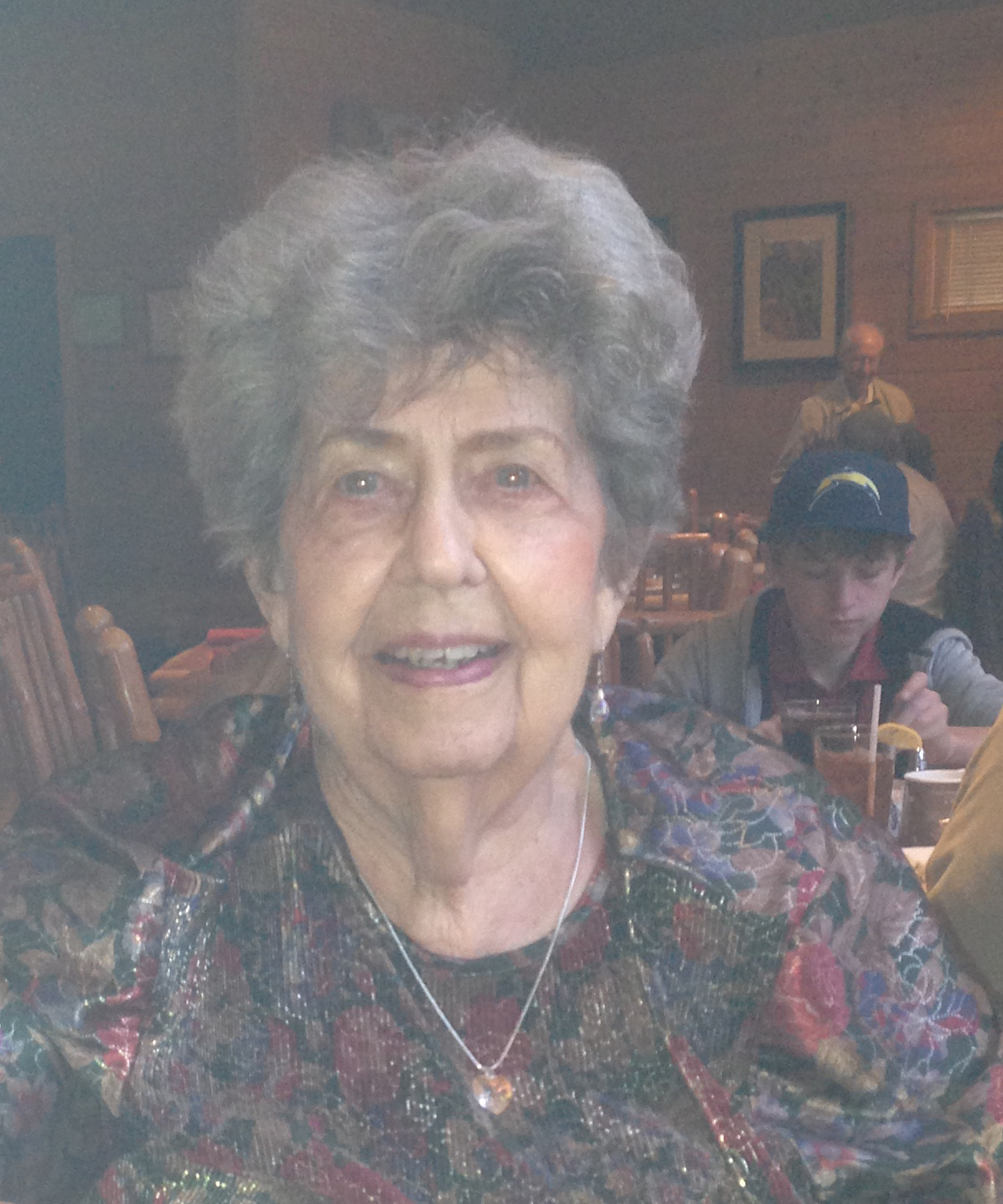 Marjorie Nilsson Metcalf, age 91, passed away during the early evening of Jan. 28, 2017, with several family members at her side. She was born on June 30, 1925, in Salt Lake City to Mary Emma Nicholls and Nils Peter Nilsson. During her childhood, she lived at 1146 Laird Avenue, Salt Lake City. She attended Emerson Elementary, Roosevelt Junior High School and graduated from East High School in 1942.

Marjorie enrolled in LDS Business College after high school and received enough credits for an employment opportunity with Cloverleaf Dairy. One of her duties was to organize and write a monthly newsletter for current employees and for servicemen who were former employees. Her college sorority, Beta Sigma Phi, was engaged in multiple social activities in support of the servicemen. Though her mother raised an eye of caution, Marjorie prevailed saying her work was part of the war effort and that all dances and social activities were attended with chaperones. She met and corresponded with several servicemen including Farrel Metcalf. They first met at a dance at Kearns Air Force Base which her mother did not want her to attend. Farrel won her heart and her mother’s heart and they were married in the Salt Lake LDS Temple on June 18, 1946.

Marjorie and Farrel shared a good sense of humor and a strong consideration for the welfare of others and strove to pass these characteristics to their posterity. After marriage and raising six children, she returned to school and received her Bachelor’s degree from Brigham Young University.

Marjorie worked for Western Equipment Company in Idaho Falls and then for the 7th District Health Department. She enjoyed her home life and made it her castle, organized in every detail, completed with meaningful artwork, home décor and accessories. Her kitchen was always filled with wonderful aromas where she produced delicious meals, appetizers and desserts. Many of the skills she developed, she attributed to the good training she received from her Swedish grandmother.

Marjorie and Farrel made many friends in Idaho Falls and were active with dinner groups, block parties, ward campouts and other social events. In 2000, they decided to move to St. George for better weather and to have equal distance between her children in California and Utah. Paul (Texas) and Mike (Washington) had to fend for themselves.  They made many friends in their Padre Lakes neighborhood of Ivins, Utah. In July 2015, Marjorie moved to The Retreat at Sun Brook, an assisted living facility in St. George. She so appreciated the friends she made there and the great care she received from the facility employees.

Always active in The Church of Jesus Christ of Latter-day Saints, she served in many positions, including Sunday school teacher, Relief Society President, YWMIA stake board member. She was a member of her stake’s public affairs committee, a calling she particularly enjoyed because of the interaction between the LDS church and other religious denominations in the community. She and Farrel served as temple workers in the Los Angeles and Idaho Falls temples, missionaries in the Corpus Christi, Texas Mission, and later at the Idaho Falls Visitor’s Center. They attended and served in the Idaho Falls 10th, 17th, Ammon 11th  Ivins Red Cliffs 8th and the St. George 3rd wards.

One of the delights of her life was travel. She and Farrel loved camping and hiking, starting with a pup tent, then several tent trailers, then 5th wheel trailers. Their excursions from Idaho Falls included Palisades reservoir, Jackson Valley and the Grand Tetons, Yellowstone, Challis Salmon, northern Idaho, Montana, much of the western United States, Canada, Alaska and Hawaii. She traveled to Scandinavia, Portugal and Spain, Israel and much of Western Europe. When asked for advice by one of her newly married grandsons, she said, “Travel as much as you can.”

Marjorie is survived by her loving sister, Maureen Houghton, her six children: Michael (Katie), Steven (Kathy), Dave (Pamela), Mary Ann (Kerry) Strand, Chad, and Paul (Karina).  There are 15 grandchildren and 13 great-grandchildren, with one on the way. She was preceded in death by her husband, Farrel, her daughter-in-law, Sandy (Steven), her sister Marian, and brothers: Edward and John. A wonderful homemaker, an excellent secretary, a devoted church server, a loving mother and grandmother and an amazing sister; she will be sorely missed.