FEATURE — The Escalante Desert region 35 miles west of Cedar City consists of a string of railroad sidings along Union Pacific tracks dotted by towns such as Zane, Lund and Beryl, home to early sheep ranchers and to today’s prepper-types, each acclimated to a sort of self-sufficient lifestyle in their own time.

The desert area developed with West Coast railroad workers and a few ranchers and farmers to supply the needs of miners. Thus towns sprung up along the railroad sidings – low-speed sections of track used in many cases as connections between the main line and private infrastructure and often for the purposes of loading and unloading freight.

Today, Union Pacific passes through the sidings. The mile-long freighters cross the desert from the West Coast to Lund and into Cedar City. Skeletons of water towers and a few buildings can be seen along the tracks. Sidings have few, if any signals.

The region is an inviting place for doomsday preppers and those wanting to live “off the grid,” especially in the small town of Zane.

Zane was originally a little rail stop location named for Zane Grey, the noted Western author. Grey traveled extensively throughout the isolated regions of Southern Utah, using such desert settings in his novels. There is apparently nothing left of Zane’s bygone days except a crossover and a small sign indicating you are at the side named Zane.

But the population of Zane has increased. Those living there today are off the grid.

Often preppers live in unpopulated areas and have their own source of energy, water and sanitary disposal. They know how to distill water, grow food and generally keep a few animals such as chickens, pigs, cows or goats.

They are not dependent on the government and possess the skills and knowledge necessary to survive should their normal lives be disrupted. They teach family members to use firearms for protection, said Washington City resident Alray Cannon, a property owner who runs a few head of cattle on 640 acres in Zane.

“Zane has the blackest night skies,” Cannon said. “The Milky Way and constellations are more vivid and the stars are bigger and shine more brilliant (sic).”

Visitors will find the Escalante Desert a hushed incredible natural beauty. The only sounds are the whoosh of eagle wings or an occasional bawl of a cow. Wagon-track roads run north-south and east-west between neatly fenced grids, some of full sections – 640 acres or 1 square mile – while others are half-sections or less. Homesteaders originally gobbled up the land, and occasionally a parcel with water rights becomes available for purchase at moderate-to-low cost.

Trusten Hart, 89, lives in St. George with his wife, Clara Stratton Hart. He was born and grew up in the Escalante Desert valley and explained the story of his parents’ journey.

Early one morning in July 1925, Nellie Cowan Sinclair and Chas Edwin Hart left Los Angeles, California, with their young family to pursue an opportunity. An invitation had come from a cousin Florence Hart White and her husband, John White, to come partner in the sheep business. The home was near Beryl.

They packed their Model T’s back seat with camping necessities plus clothing, pots, pans and cans of water. Bedding spread on top of the seat made a place for the four children to sit. The Harts said teary goodbyes to grandparents and other relatives and thanked them for parting gifts: a cake from Aunt Lillie and a potato salad from grandmother Ada M. The cake went rock solid, Trusten Hart said, all was spoiled by the heat.

They began the three-day trip, crossing 500 miles of dusty unpaved roads. Air conditioning was a lard bucket filled with water on the floorboard. Nellie would wet rags and hand them to each child. They stopped at Las Vegas, Nevada, a settlement of about 4,000 or 5,000 people at the time, to refill the water cans. And they camped each night, the last near Beaver Dam, Arizona.

On July 24, 1925, the Hart family passed through Enterprise and watched people gather to enjoy some sort of celebration, Trusten Hart said. It was Utah’s Pioneer Day, a holiday they would celebrate in years to come.

By late afternoon the Harts crossed the Escalante Desert amid showers that cooled the air and enhanced the smell of sagebrush. They were greeted royally by John and Florence at the “White House,” a two-story home with a balcony and a windmill that pumped water whenever the wind blew – and it blew often. No other homes could be seen.

The children loved adventure, going to the hills for wood and picnics.

Using horses, they would pull dead cedar trees down and carry the load back to the house to be cut for the stove.

The children were always kept busy with the animals around the house – woolies, 500 or 600 sheep. Uncle John White, a true horseman, tamed wild mustangs and the children’s favorite was Ginger, a horse they rode sometimes all together.

The parents’ only recreation was an occasional dance at Zane School.

“Mama liked that and how happy she was to go somewhere and to see people,” Trusten Hart said. “We kids got to go to watch.”

The ranchers in the Escalante Desert contributed to the wool boom. Sheep thrived on Southern Utah’s landscape. The Hart brothers herded the sheep as they fed on the tufts of grass, sage and black brush, trying to keep them out of cockleburs. At Lund, the sheep were shorn at the shearing shed each spring. Lambs and large bales of wool were loaded on the freighters and taken to market.

Wool had been successfully processed in several small frontier towns since the mid-1800s. Brigham Young, the president of The Church of Jesus Christ of Latter-day Saints; Abraham O. Smoot; and a handful of others formed the Timpanogos Manufacturing Association, parent company of the Provo Woolen Mills.

The Provo mill and plant occupied a block near the center of Provo City. Four buildings housed equipment that employed over 150 workers, recent immigrants who had learned their skills in British textile mills. Later, the factory hired young women to run the looms.

Two adobe buildings were connected to a covered railway. The carpet for the St. George temple of the LDS church was made at the Provo mills. Most of early clothing was wool because it was extremely durable, easily shed dirt and retained warmth even when wet. Men’s suits sold for $7.50 in 1910.

Workers sorted, washed and dyed and laid out the wool to dry on wide platforms in the yard. The scouring of the wool was an important process because the fleece contained natural wax and salt and foreign matter; dust, burrs and mud amounted to 80 percent of the weight. All of the debris had to be removed without damaging the soft wool.

A second adobe building housed the finishing of cloth. It was quality checked, moistened, heated, pressed to shrink and thicken. A final pressing made it smooth and glossy for clothing, or another process raised a furry nap for blankets.

In 1929, the year of the stock market crash that began the Great Depression, the Hart family was invited to move to Newcastle, about 20 miles southeast of Beryl. Although the Harts were from mysterious faraway California where there was no winter, and they were not Mormons, Jess Forsyth, the bishop of the Newcastle LDS ward knew that they would be accepted.

The new home for 11 family members had no electricity and no water. Yet a crank-style phone hung on the wall in the kitchen. An operator from New Castle Telephone Company placed calls on the party line. Newcastle had a post office and school for children up to ninth grade for the 18 families who lived in the area.

To the Hart children, Newcastle was like Heaven and a place for extremely happy times. There were three Tullis families, three Knell families, three Platt families, two Beachem and Forsyth families and one each of Harrison, Christensen, Gillies, Clark and Bonham families. Most families had come down from Pinto, Trusten Hart said, where they built summer homes.

In those depression days, there were no paying jobs but lots of work. Charlie Hart and his sons kept the sheep, plowed fields, cared for horses, milk cows, chickens, pigs and various cats and dogs. They planted a kitchen garden and sustained the family.

The folks still living in and around the Escalante Desert know what it means to leave the past behind in search of a better life. They have never forgotten their heritage. 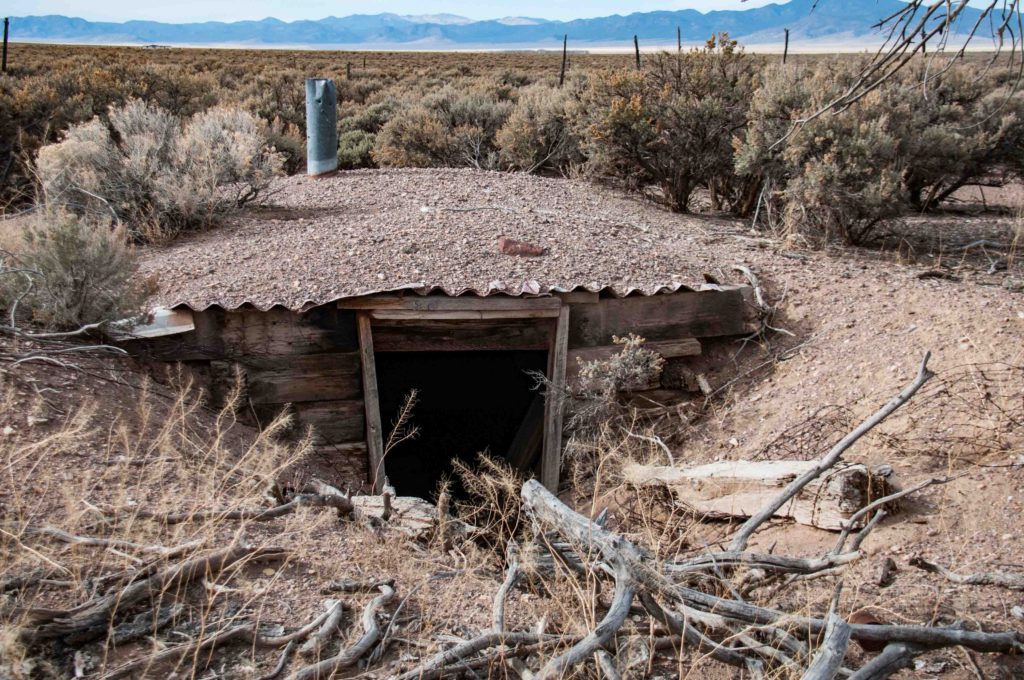 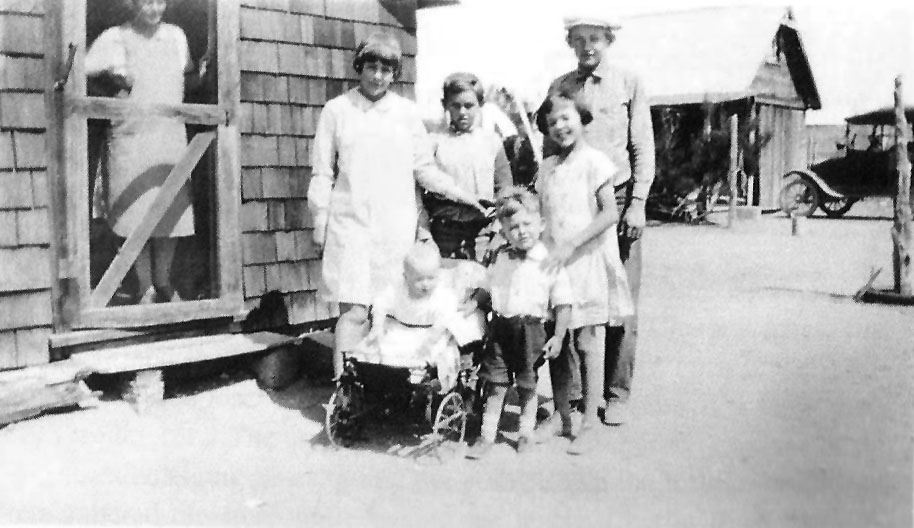 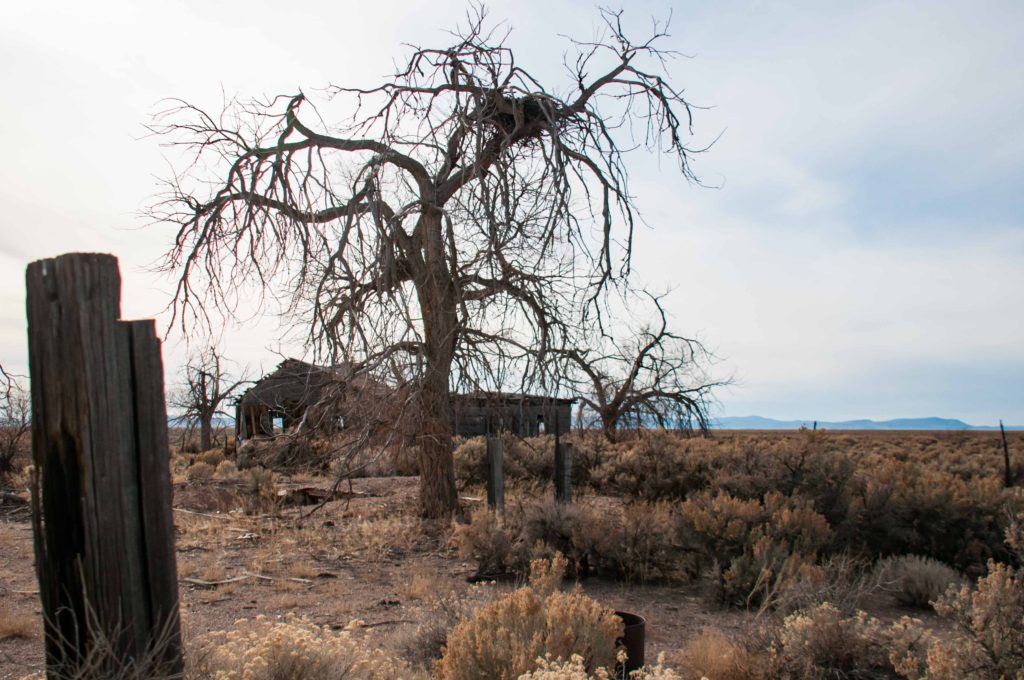 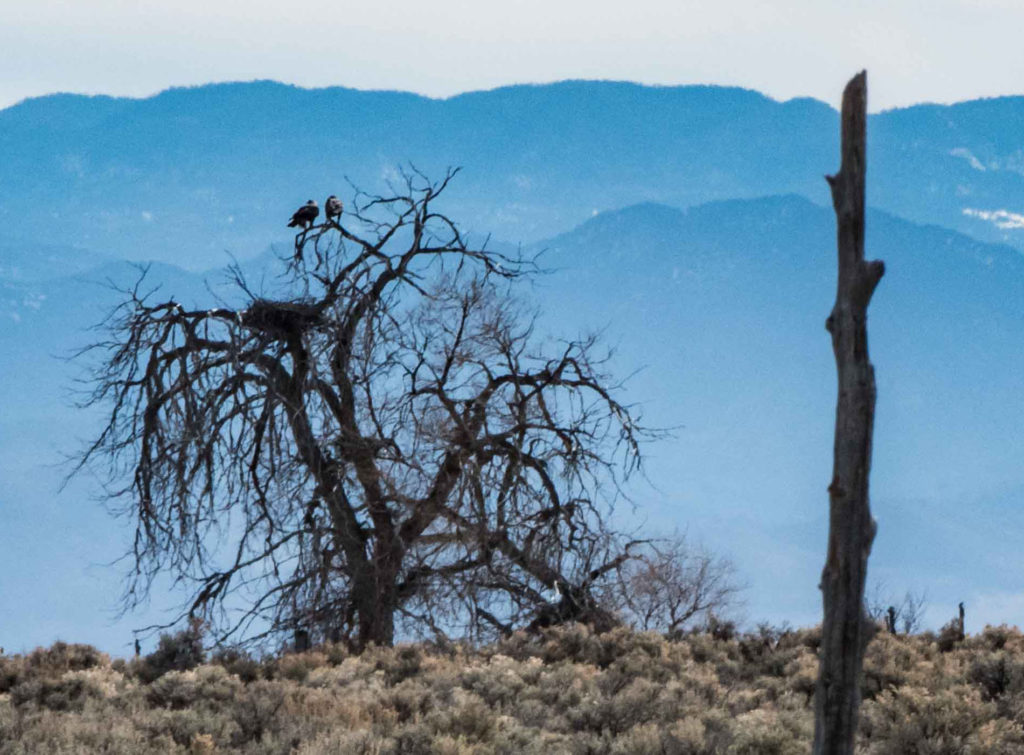 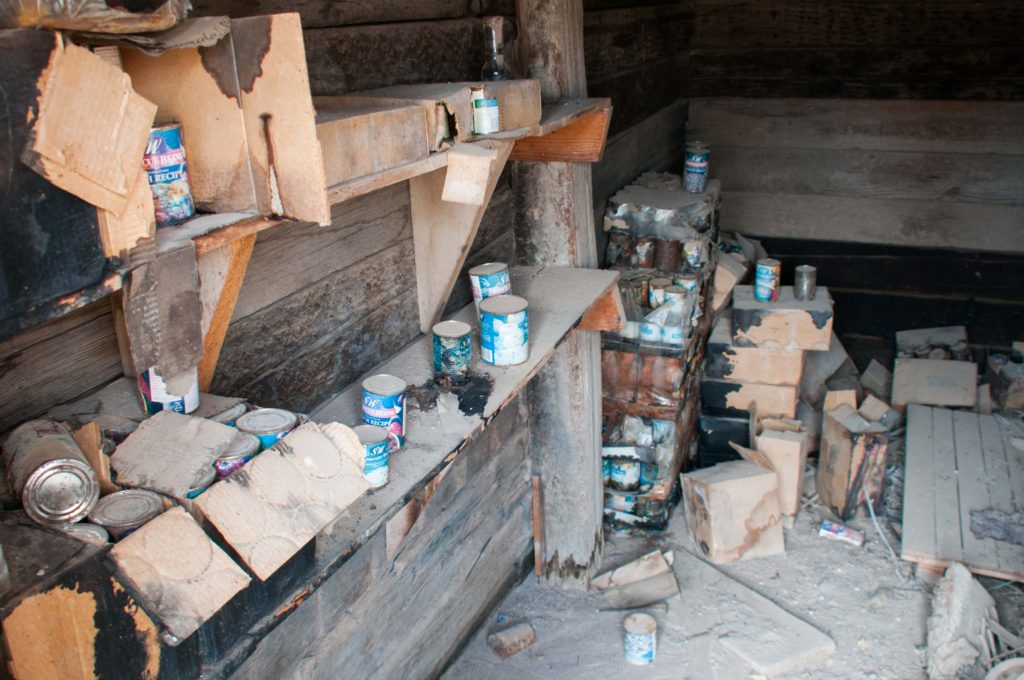 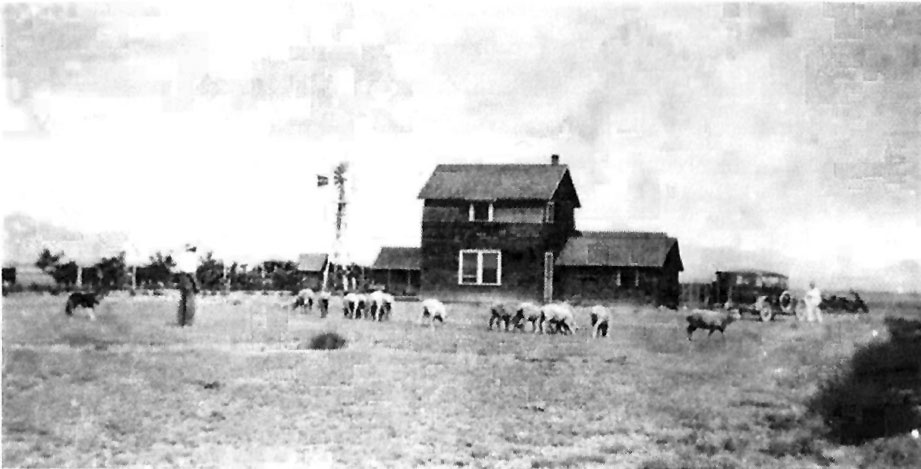 This old photo shows the "White House," home of John and Florence White and residence of Hart family in 1924, near Beryl, Utah, circa 1920s | Photo courtesy of Trusten Hart, St. George News 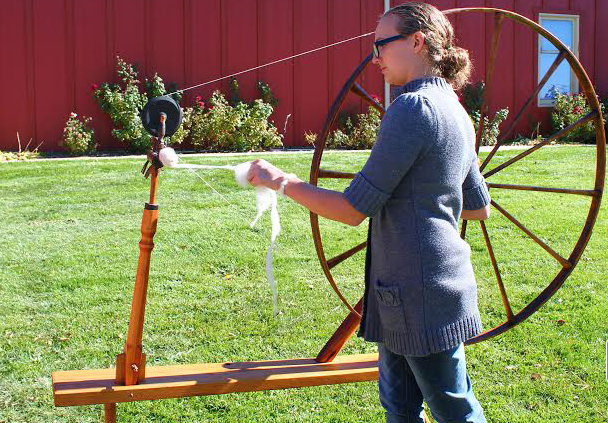 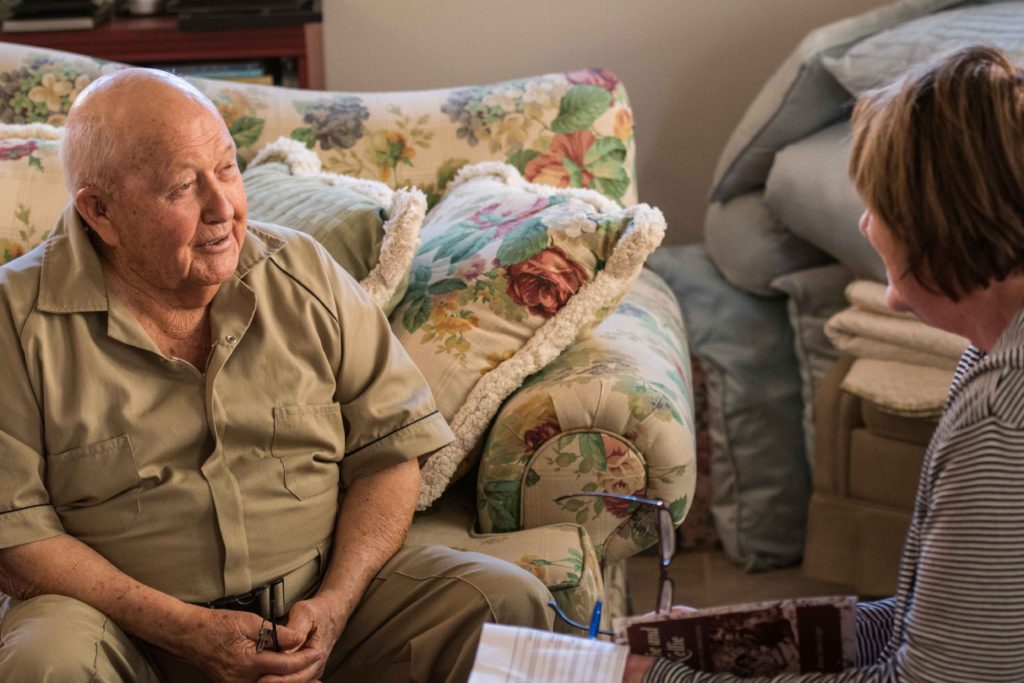 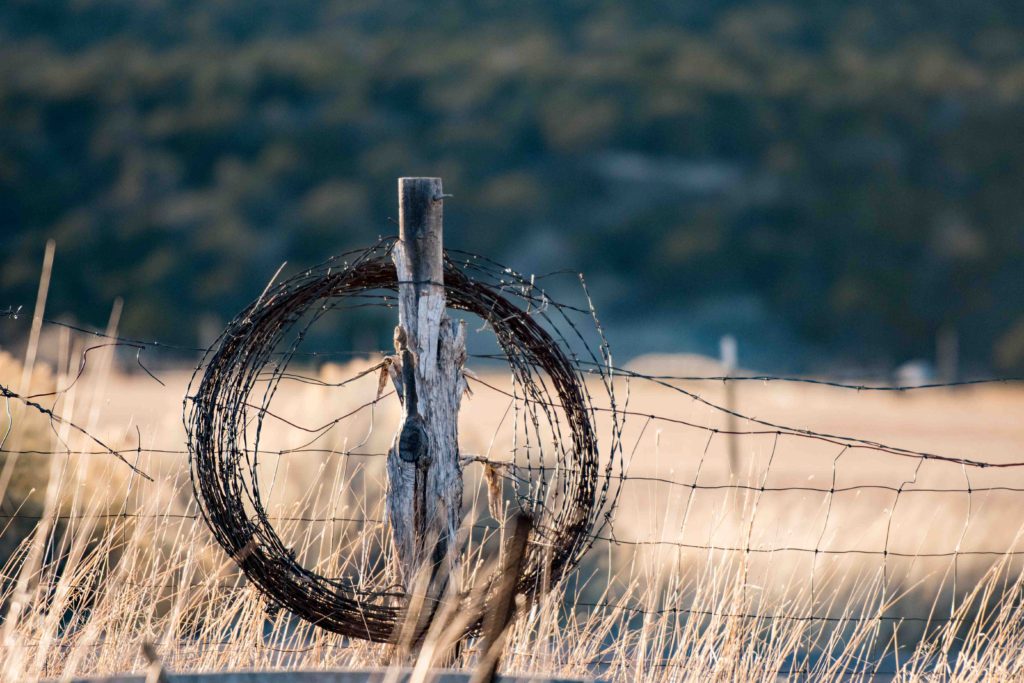 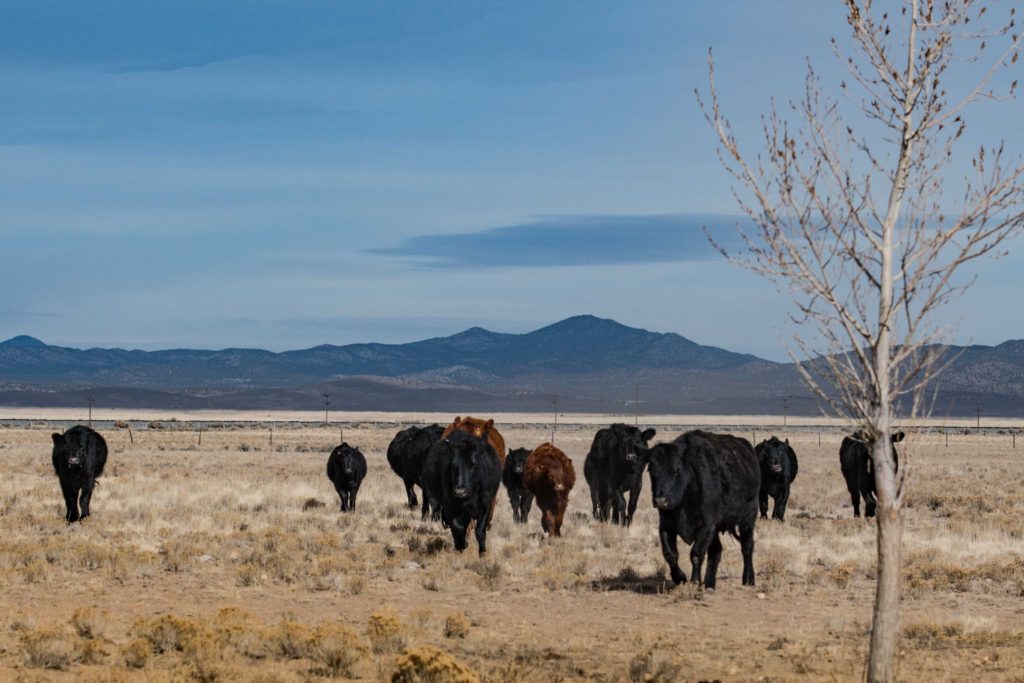 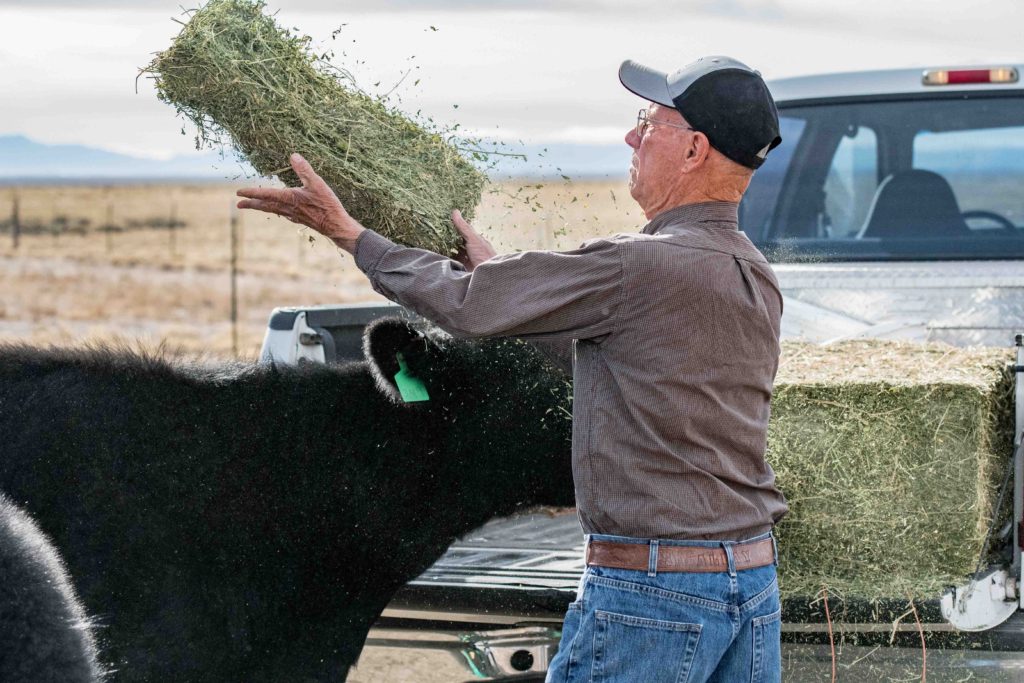 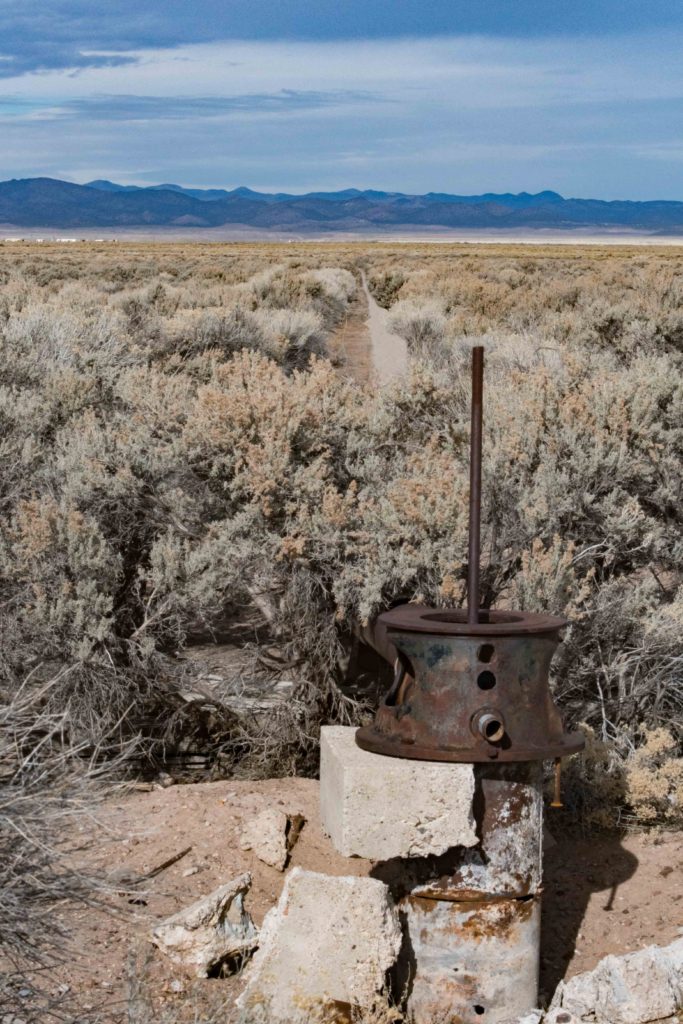 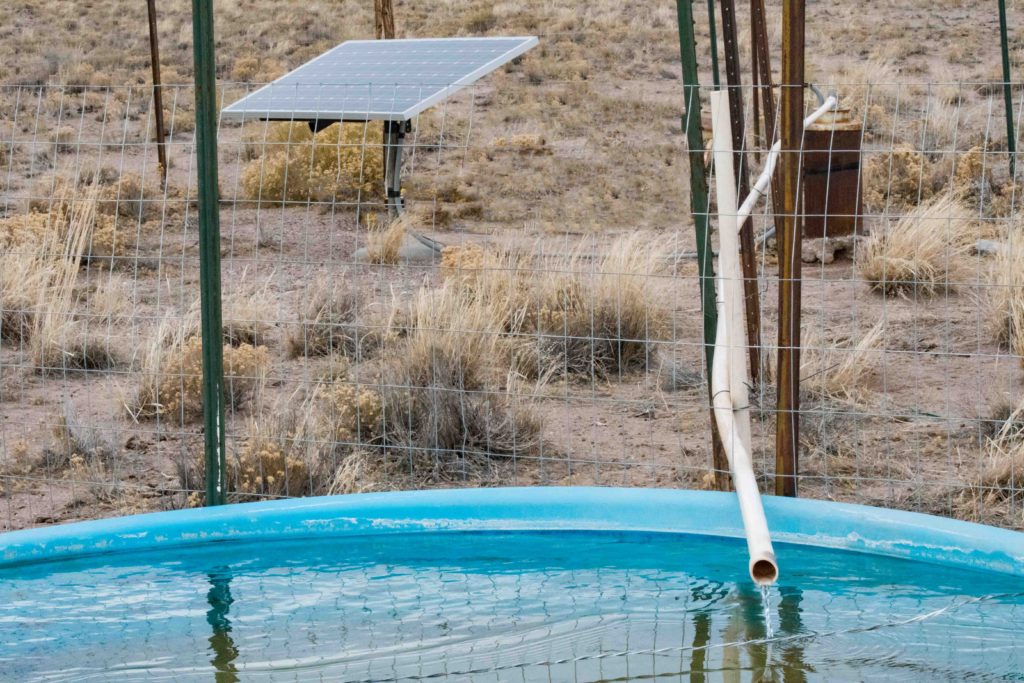 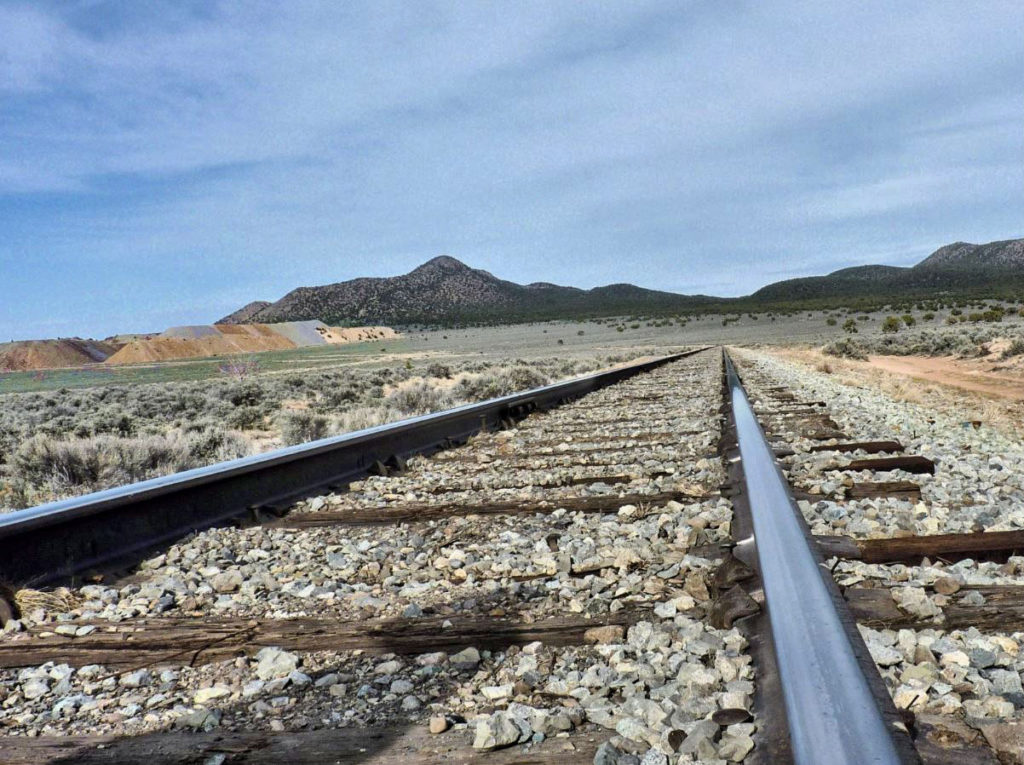 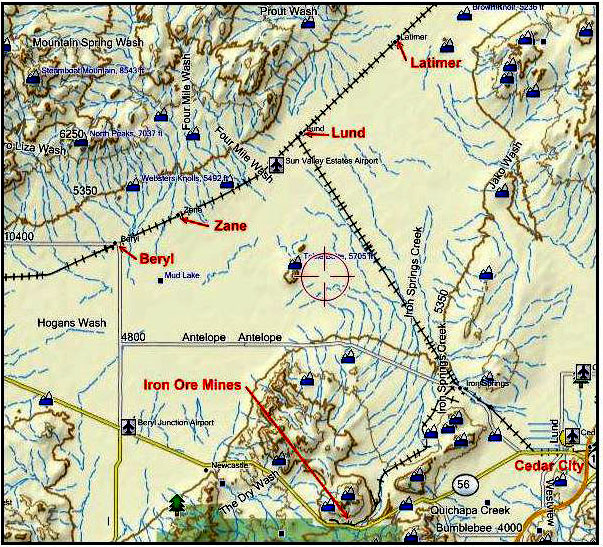 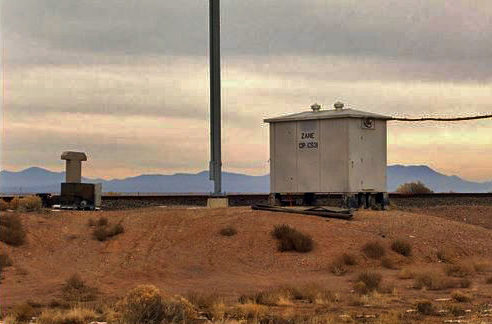 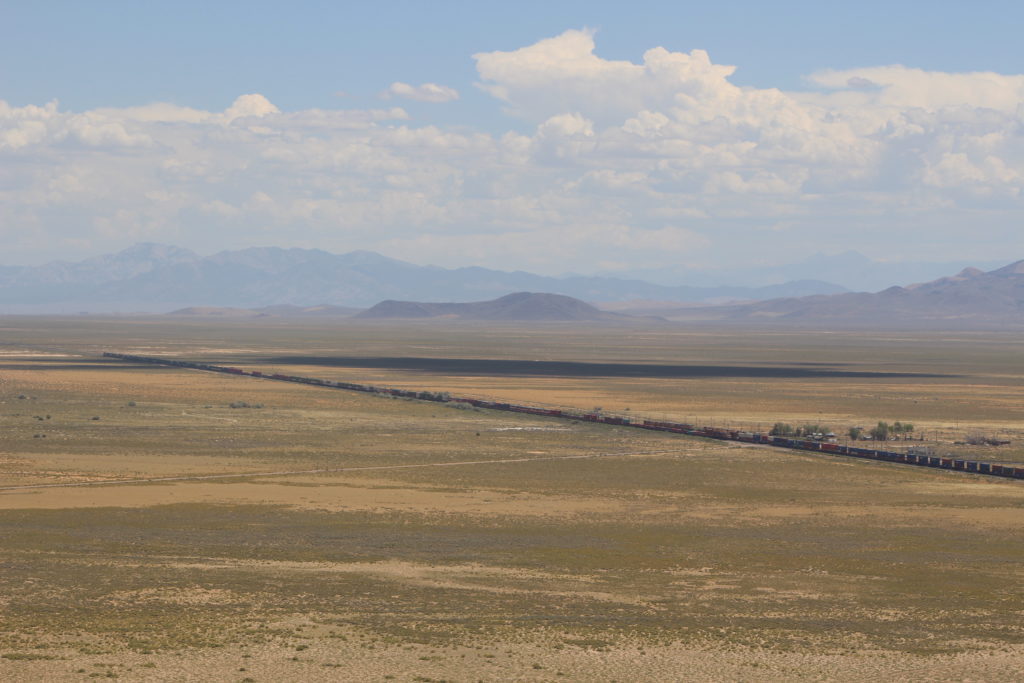 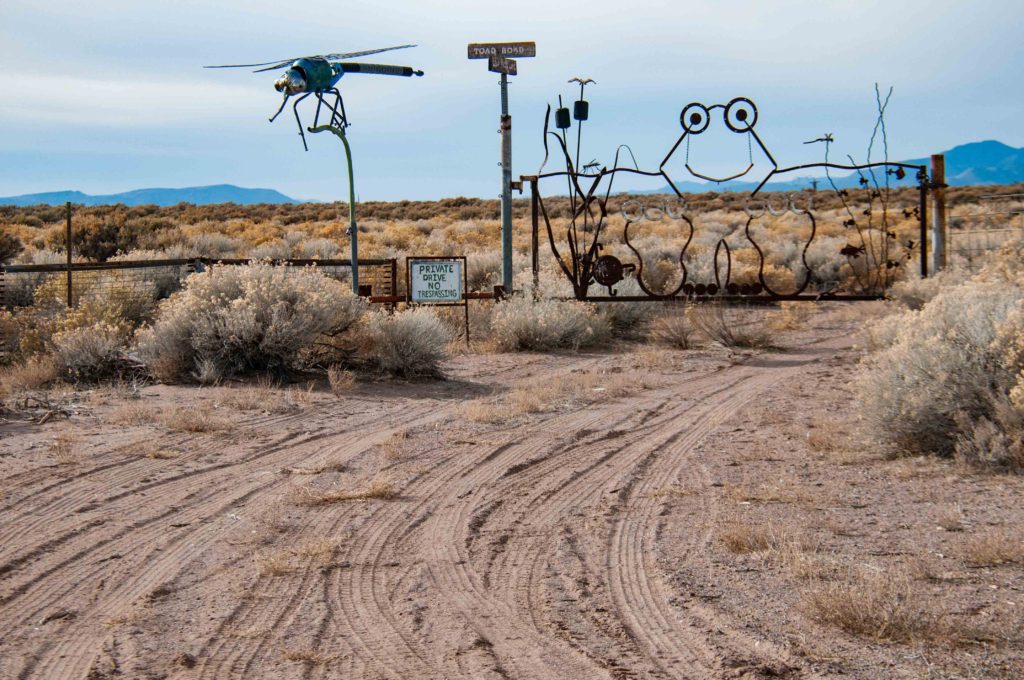 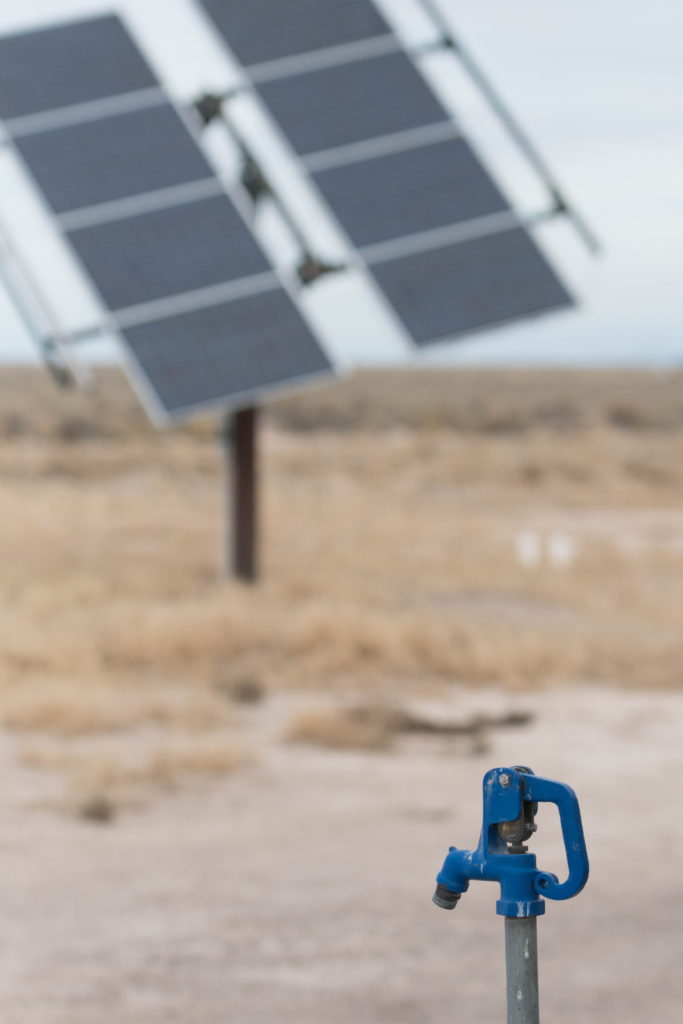 Living off the grid with solar panels and water source, Zane, Utah, Jan. 25, 2017 | Photo by and courtesy of Jim Lillywhite, St. George News 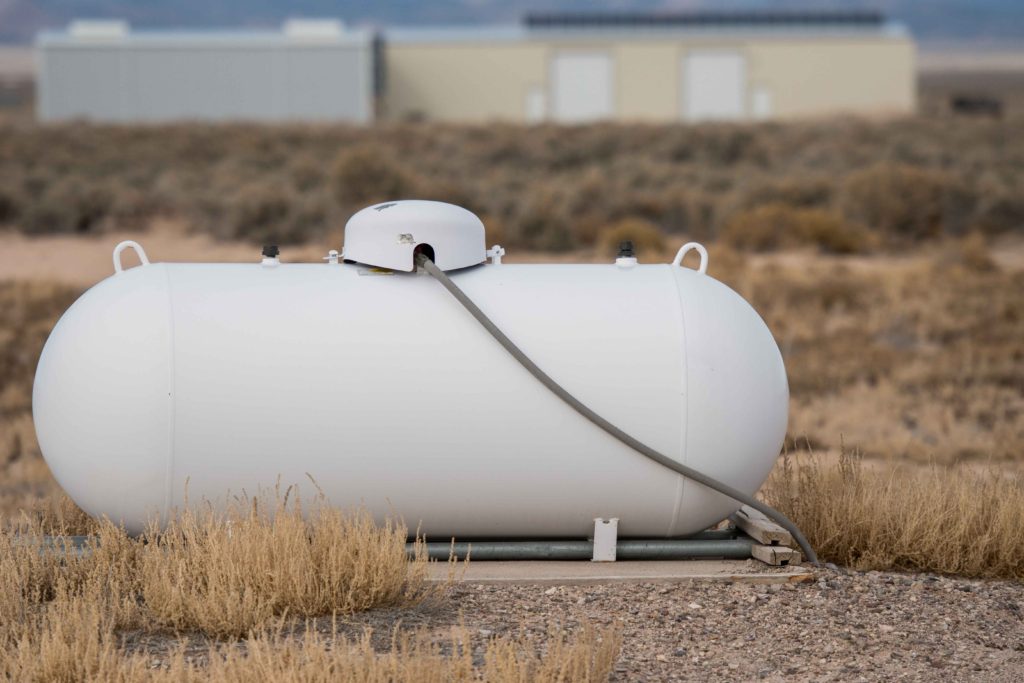 Living off the grid with propane tank, Zane, Utah, Jan. 25, 2017 | Photo by and courtesy of Jim Lillywhite, St. George News 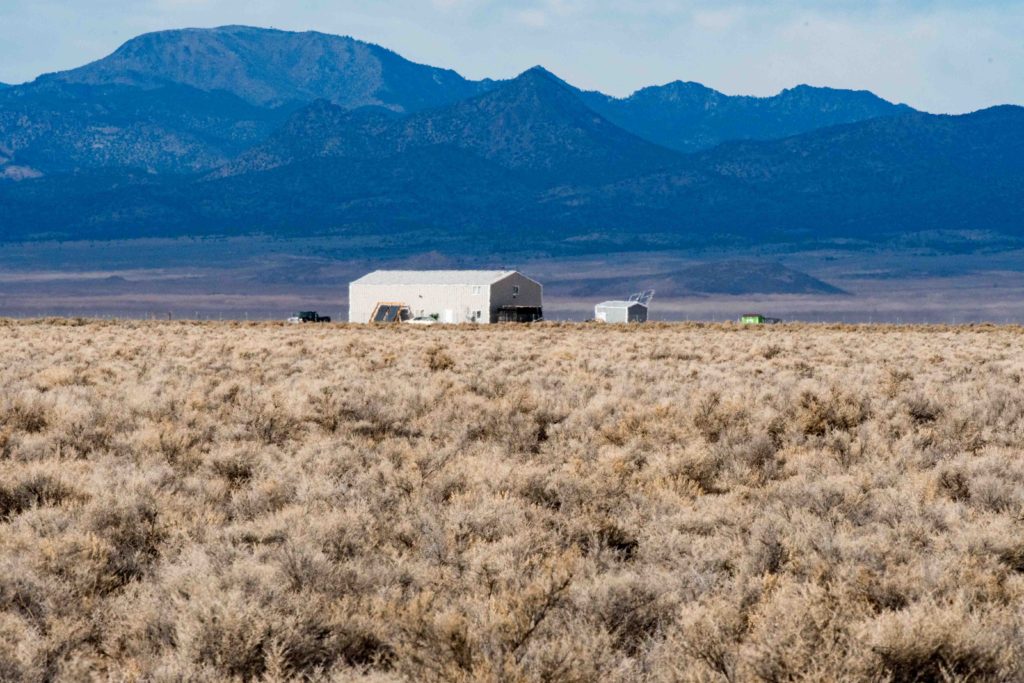