ST. GEORGE — Traffic-related deaths in Utah have been steadily climbing over the last 10 years, and 2016 was no different. The number of roadway deaths in Arizona and Nevada followed a similar upward trend, along with national numbers that could surpass last year’s death toll by well over 1,000.

To illustrate the impact of the 280 lives lost on Utah roadways in 2016, small black placards – one for every person who died – were recently placed on the steps of the Capitol rotunda.

The Utah Department of Transportation placed the placards on the steps as “memorial signs to represent those lives.”

“It’s a number that continues to grow. We ask for the public’s help to reduce the number of deaths on the road,” UDOT Executive Director Carlos Braceras said during a press conference held Jan. 18 in Salt Lake City.

The preliminary numbers were released in a report compiled by the Utah Department of Public Safety’s Highway Safety Office, along with the following statement:

“Ninety-four percent of these deaths were the consequences of human error, driving distracted, aggressive, drowsy, impaired or unbuckled. Honor their lives by choosing to drive safe.”

The number of people killed on the nation’s roadways each year is also cause for concern, he added. More than 35,000 people die in motor vehicle crashes. Shockingly, that number correlates to about how many people would die if a fully-occupied 747 airplane crashed every single day in the U.S., killing everyone on board.

Braceras said all Utahns need to understand the deeper message behind the statistics.

“This is not a good message, it’s a very sobering message that we have here today, and I’m looking to see where the outrage is here in Utah,” Braceras said.

On an average day in Utah, there are 164 motor vehicle crashes involving 415 people with 69 people injured. On Utah roads there is a crash every eight minutes, with a person injured in a crash every 20 minutes and every 31 hours a person dies in a car collision, according to a crash analysis provided by the DPS Highway Safety Office.

Utah made progress during 2016 in decreasing fatalities in a few areas when compared to the three-year average. The categories showing significant reductions are:

The Utah Department of Public Safety’s 2015 Crash Facts report shows that the estimated statewide economic loss resulting from motor vehicle crashes in Utah was $2.1 billion, and that number will likely increase once 2016’s final numbers are released.

“One fatality is one too many,” Royce said. “We are looking at this upward trend very closely to determine what we can do through education and enforcement to make our roads safer.”

Harding said distracted driving plays a significant role in the rise in local crashes. He can attribute that finding to one fact, he said, those areas heavily monitored by police see a substantial reduction in the number of crashes, particularly when the focus is on identifying those who are texting and driving.

That reduction in incidents is fairly common with a heavy police presence, although crash rates increase in other areas simultaneously, Harding said. The average driver is more focused on the road when they see a police officer and their driving habits change; but the change relies upon the constant presence of law enforcement.

On the other hand, he noted, people who decide to practice safer driving habits on their own end up governing themselves, which simultaneously enhances safety and reduces the possibility of receiving a moving violation.

“Believe it or not, cops do not want to pull you over and give you a ticket,” Harding said. “We will as long as crashes continue to be high, but that’s not our ideal goal.”

Arizona has three of the most deadly highways in the country, including Interstate 17, Interstate 19 and Interstate 10, according to an analysis conducted by Everquote. The analysis used data from the National Highway Traffic Safety Administration Fatality Analysis Report System for a five-year period from 2010 through 2015 and calculates fatality rates based on highway lengths.

Motor vehicle crashes on local roads and highways in Arizona claimed the lives of 895 people in 2015, 121 more than the year before, according to Arizona Department of Transportation’s annual Motor Vehicle Crash Facts report. That is an increase of more than 10 percent, which is higher than the national average. Arizona also ranks above the national average for fatal crashes on freeways, according to Federal Highway Administration data.

Speeding claims more lives than any other cause, followed by failing to yield the right-of-way, alcohol and distracted driving, ADOT reports.

Statewide 2016 crash statistics have not been released. However, Arizona Department of Public Safety’s Highway Patrol Division provided preliminary numbers that reflect crashes on Arizona highways only.

Troopers investigated 36,113 crashes, including 255 crashes that killed 313 people, DPS Sgt. John Bottoms said. The reports show 39 percent of people killed were not properly restrained with a seat belt at the time of the crash.

Nevada’s traffic fatality rate increased by two deaths, from 326 people killed in 2015 to 328 in 2016, according to preliminary numbers released earlier this month. Additional statistics show:

Final national crash numbers will be released in late March. 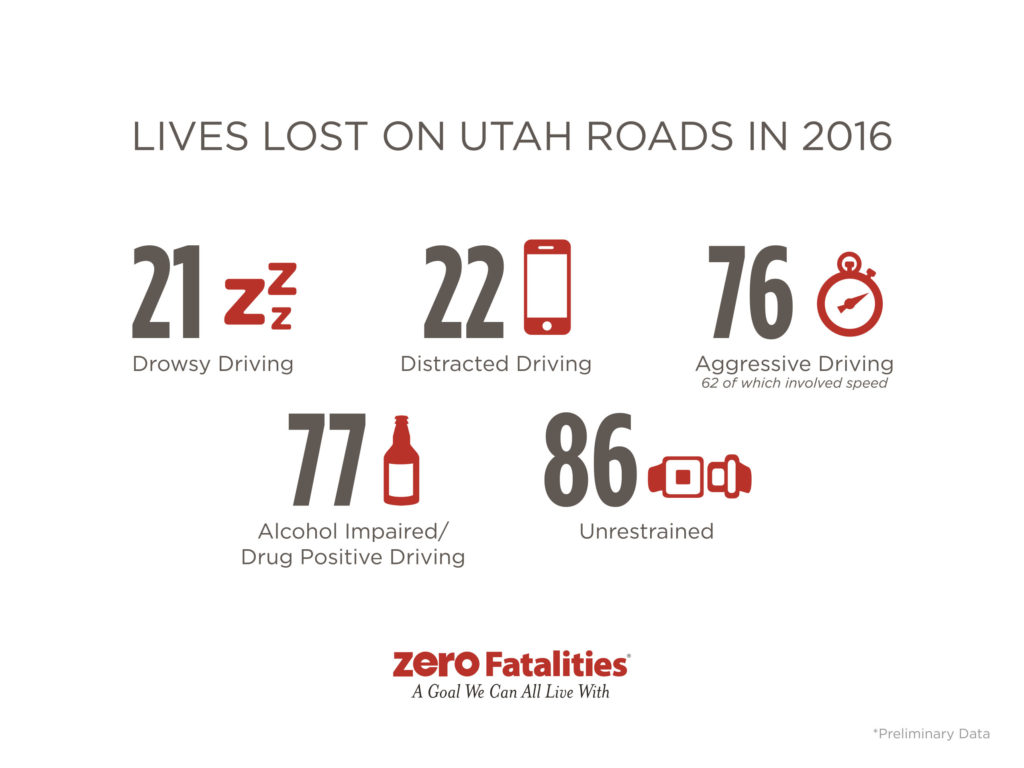 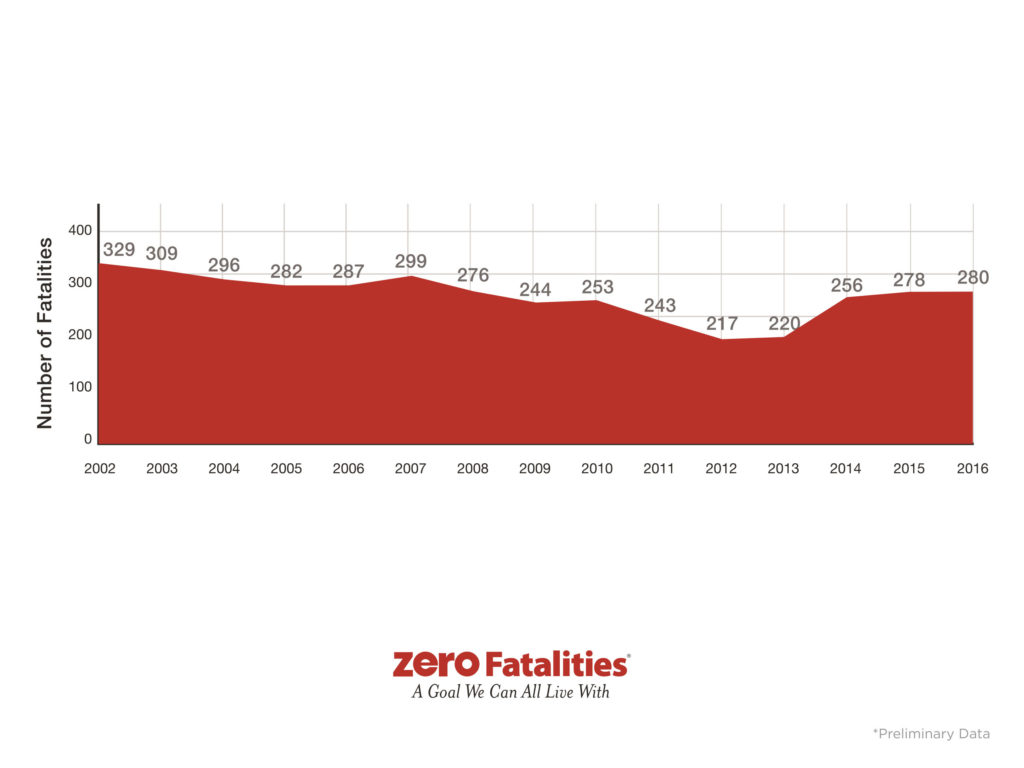 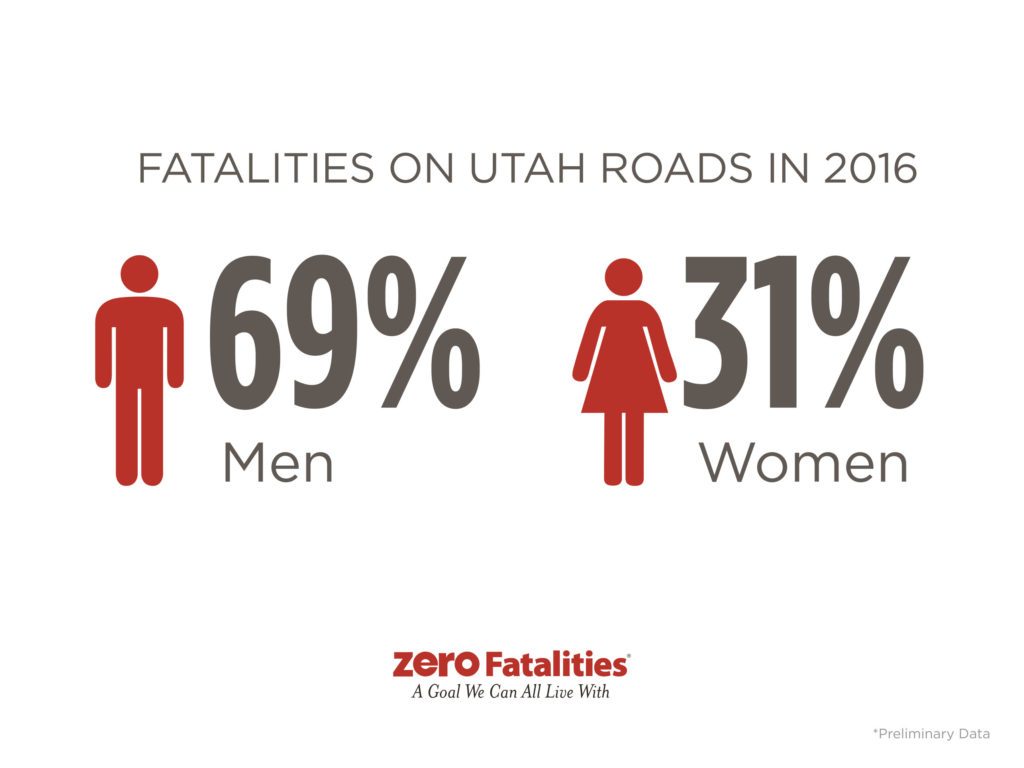 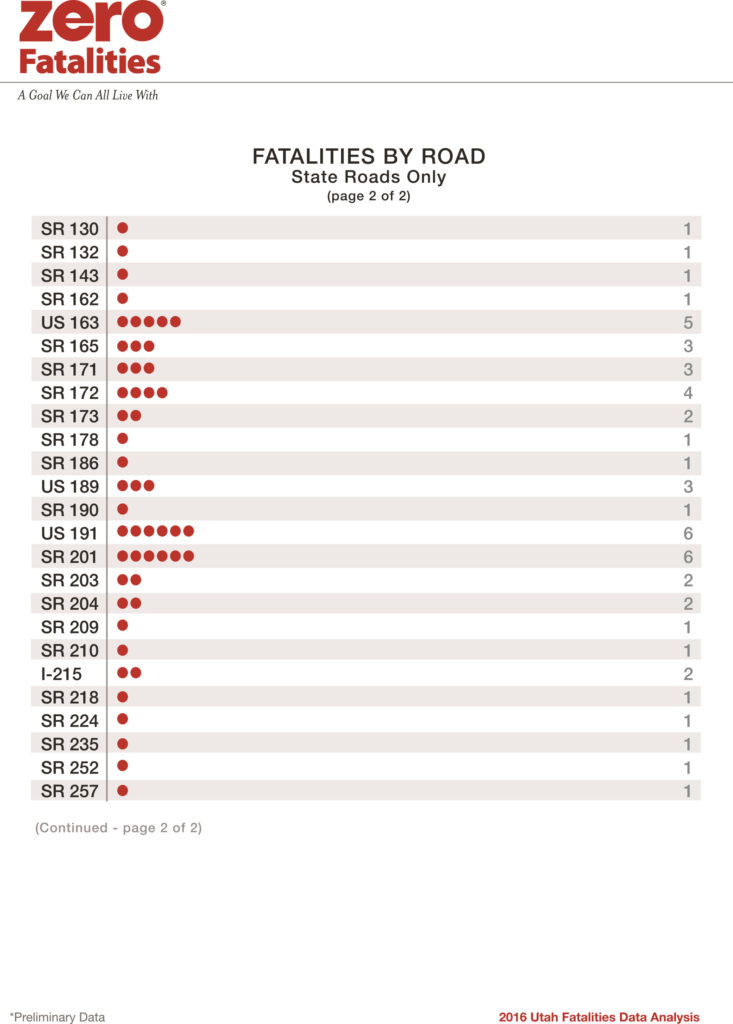 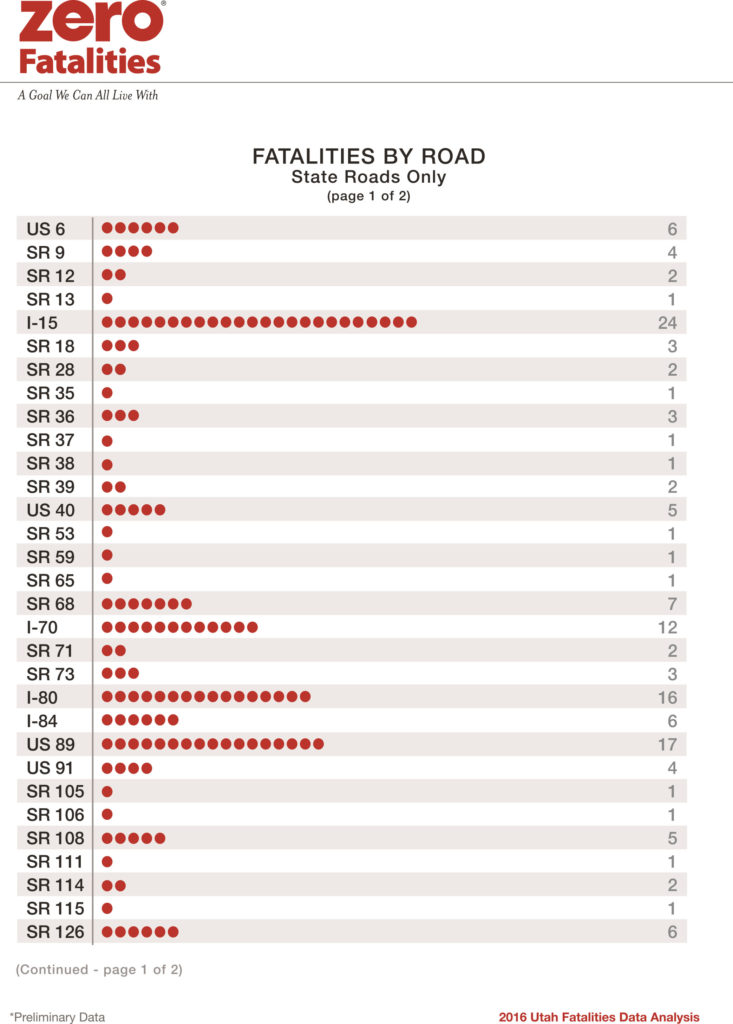 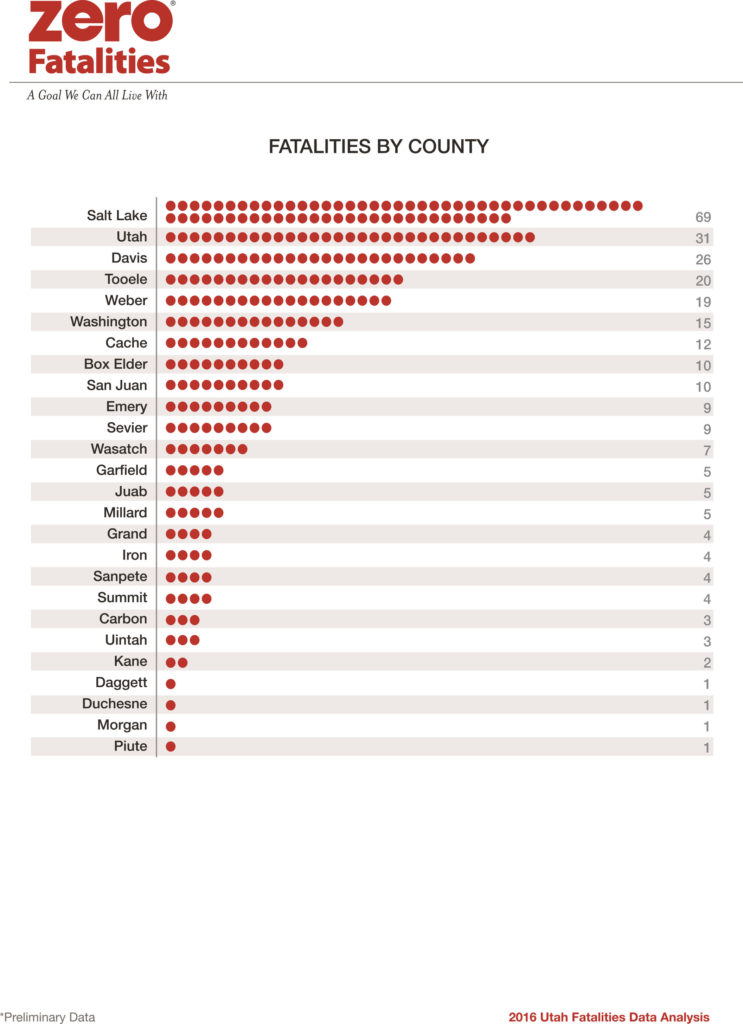 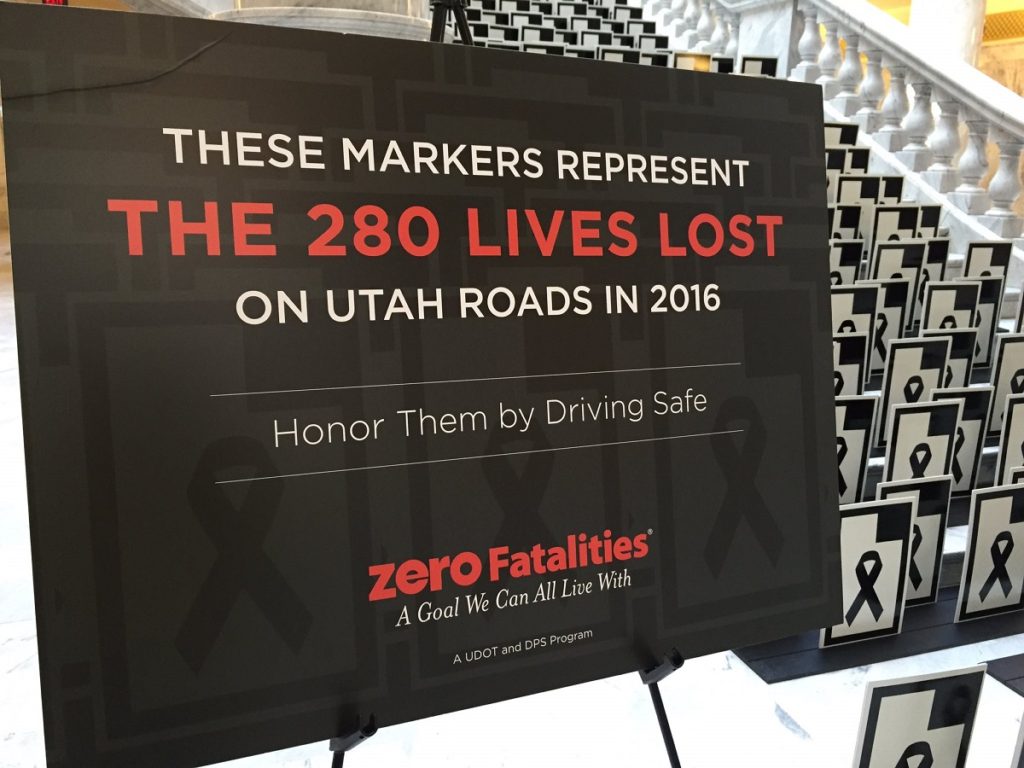 Man in 'wrong place, at the wrong time' killed in trackhoe accident