The full-service dinner, a departure from the party’s traditional breakfast of previous years, will be held at the Dixie Center St. George, Feb. 18, at 6 p.m.

“We are very excited to have such a highly esteemed and entertaining guest speaker, Mr. Dinesh D’Souza, to share his political insights with us,” Washington County Republican Party Chairman Robert Jensen said. “It will be an inspiring and informative event that local Republicans and conservatives in Washington County won’t want to miss.”

D’Souza has influenced public policy through his many writings and has authored several New York Times bestsellers, including “What’s So Great About America” and “America: Imagine a World Without Her.”

The film “2016: Obama’s America” produced by D’Souza and released in 2012 has been called the second highest grossing political documentary of all time by some sources, Box Office Mojo and The Hollywood Reporter included.

D’Souza’s most recent film, “Hillary’s America: The Secret History of the Democrat Party,” presented audiences with well-documented and troubling facts about the Democratic Party and presidential candidate Hillary Clinton, the county Republican Party’s news release states. That film was released in the thick of the 2016 presidential campaign season.

D’Souza was named one of America’s most influential conservative thinkers by the “New York Times Magazine.”

Many elected officials will be in attendance at the dinner as well with reports on areas within the scope of their offices.

The Lincoln Day gathering in St. George is the biggest social and fundraising event for the Republican Party in Southern Utah.

Tickets are expected to sell out. The cost is $50 per person or $500 for a sponsored table of eight. See event details below. 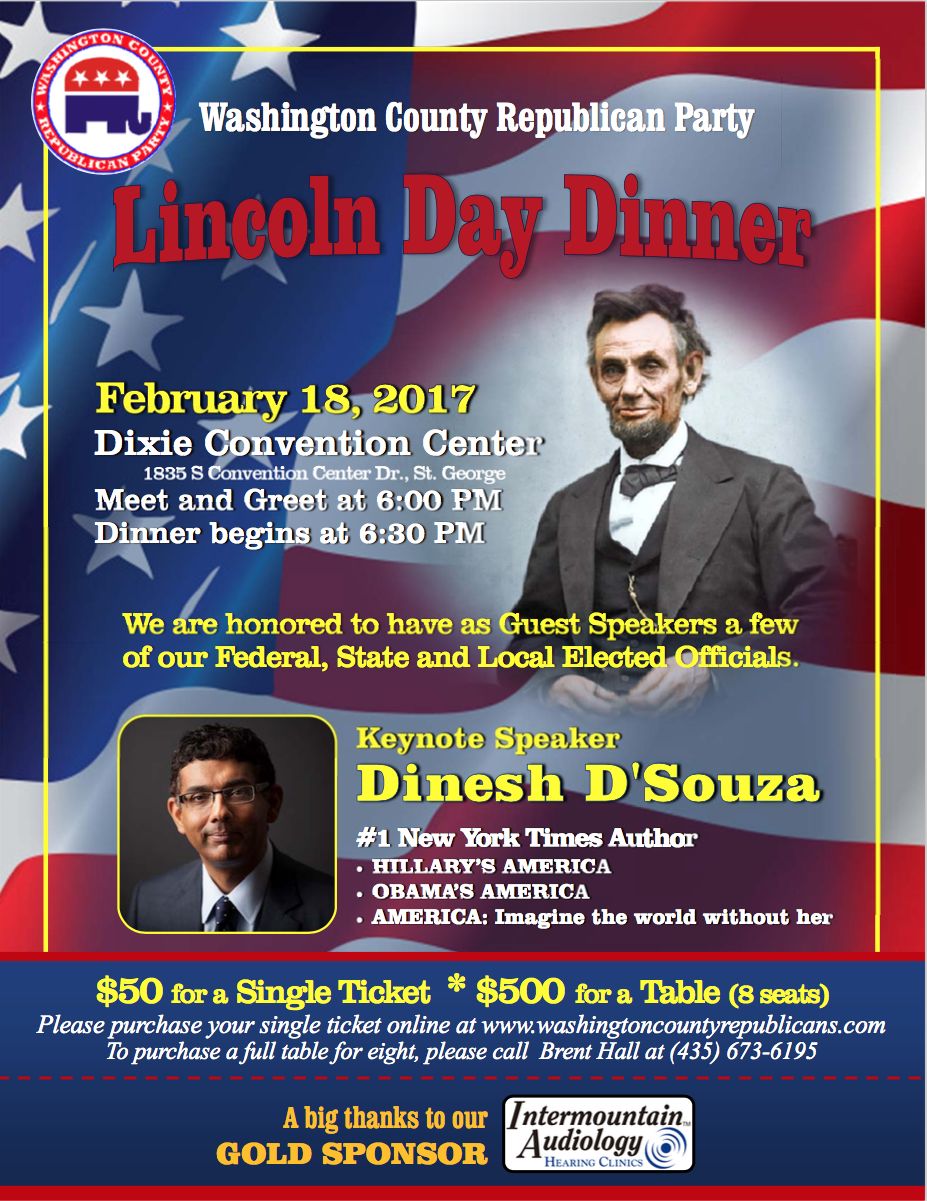