Cedar City Hospital’s imaging department – including nearby hallways, rooms and doorways – was alight with laughter, food and camaraderie during Wednesday’s showcase over the $2 million project, two years in the making, coming to fruition.

The hospital purchased the new GE 1.5 MRI scanner, described as one of the most powerful imaging tools in the industry and the “gold standard” in magnetic resonance imaging, Scott Wood, physician liaison for Cedar City Hospital, said.

“This will greatly enhance the capability to serve the imaging needs of the community and throughout the five county area,” he said.

The equipment comes with several upgrades, including a larger, more powerful 1.5 tesla magnet, a wider bore or opening for larger patients and a design that is capable of scanning patients in a head-first or feet-first position. It also comes equipped with flexible coils that can direct the magnet to a specific area, which come back as high resolution images, Brian King, a 19-year veteran with GE Healthcare, said.

The most expensive component in the MRI is the magnet, King said, but that is also what has the longest life span, which is “up to 50 years.”

“So the expense from that point on comes with upgrading software and other parts,” he added.

Instead of removing the existing MRI machine and installing the new one in its place, the team wanted to create a Caring Suite around the machine, which is ideal for both the patient and the hospital, King said.

Many patients are nervous when they are told an MRI has been scheduled; some of that has to do with stories they have heard from friends or neighbors telling them how frightening the scan can be, he said.

For some, the fear of enclosed or small spaces prevents them from having an MRI at all, King noted.

Fear of suffocation and restriction prohibits about 2 million people with claustrophobia from undergoing MRI testing each year, according to a 2011 study by Biomedical Imaging.

Creating a Caring Suite that allows patients to have control over their environment helps to alleviate much of the anxiety associated with an MRI procedure, said Michael Hemmerly, executive sales manager with PDC, which provided the MRI equipment to Cedar City Hospital.

PDC is a company that specializes in designing shielded MRI suites. In 2011 the company launched the Caring MR Suite, a room designed to improve the patient experience, which in turn improves the quality of the images, Hemmerly said.

“The idea is to remove the clinical, or sterile environment of an examination room,” Hemmerly said “and replace it with more of a spa experience that utilizes a piece of imaging equipment with advanced capabilities.”

Each patient chooses the lighting color, music and movie choices, and which scenes to display in the room before they enter it, which has several advantages, Hemmerly said.

“Once they enter the room it transforms into what they want it to be,” he said, “which lowers their anxiety level and reduces scan time because the patient is relaxed and this reduces movement which minimizes retakes.”

Darren Day, Intermountain Healthcare’s ancillary services manager, was tasked with contacting PDC to coordinate the design and development of the Caring Suite. During PDC’s presentation various images and still photos that showcased relaxing scenes were presented, but Cedar City Hospital had something different in mind, he said.

The team elected to customize the suite with images that reflect the beauty surrounding Cedar City and Iron County.

“PDC customized the room to our specifications, right down to the types of trees that are etched in the panels,” Day said, “which has never been done before, in the company’s history.”

Customizing the suite is where James Maslowski, creative director for PDC comes in. Maslowski actually set out to hike various scenic areas, including Cedar Mountain, to shoot video and pictures depicting images of pinion pines, Bryce Canyon rock formations and other nature scenes.

Those scenes can be viewed from the glass ceiling panels equipped with back lighting that were installed on the ceiling of the Caring Suite – they reveal images of Cedar Canyon, quaking aspen trees and other scenes unique to Southern Utah.

Other amenities in the Care Suite include distraction goggles and fiber optic headphones which allow the patient to see their favorite movie, listen to music, or choose from different nature videos or images aimed at distracting the patient from the procedure by providing an enjoyable diversion, Day said.

The importance of these advancements became clear when the mother of one young MRI patient, who was waiting in the control room nearby, came over to the monitor and spoke to the child.

“The little girl was able to see her mother’s face and hear her voice,” Day said, “as the woman reassured her young daughter through a camera.”

The proposal was taken before the Foundation’s board and approved right away, he said, and fundraising efforts began very quickly. With the help of a generous community and a group of Cedar City Hospital doctors, the Foundation was able to garner funding for the project.

Understanding the benefits that the MRI suite would bring, these doctors got together and presented the Foundation with a $37,000 check to help with funding – money that came out of the doctors’ own pockets.

“It’s about being grateful and looking forward into the future,” France said, “and bringing technologies that we may not be able to purchase for another four to five years down the road, but we can bring it here today with the help of the community.”

Alan Sanderson, a neurologist at Cedar City Hospital, said that neurology treats many diseases of the nervous system including seizures, Parkinson’s disease, multiple sclerosis and others. The MRI is instrumental in diagnosing and treating these types of diseases by providing clear images of the brain, which is where many of these diseases originate from, he said.

“I order a lot of MRI’s for my patients and this is going to be an important and useful tool,” Sanderson added.

For Becki Bronson, Intermountain Health Care’s public relations and communications manager, it’s really all about the well-being of the patient and the Caring Suite addresses that experience.

“For the patient experience, that (reducing the level of anxiety) is critical,” Bronson said, “and that is just as important as the high resolution images that the MRI creates.”

MRI is short for Magnetic Resonance Imaging. To simplify a very complex machine, an MRI scanner is a very large, strong magnet which a patient lies in and a radio wave is used to send signals to the body and the signals being returned are converted into images by a computer attached to the scanner. These scanners come in varying magnetic field strengths, measured in teslas or “T’s.” 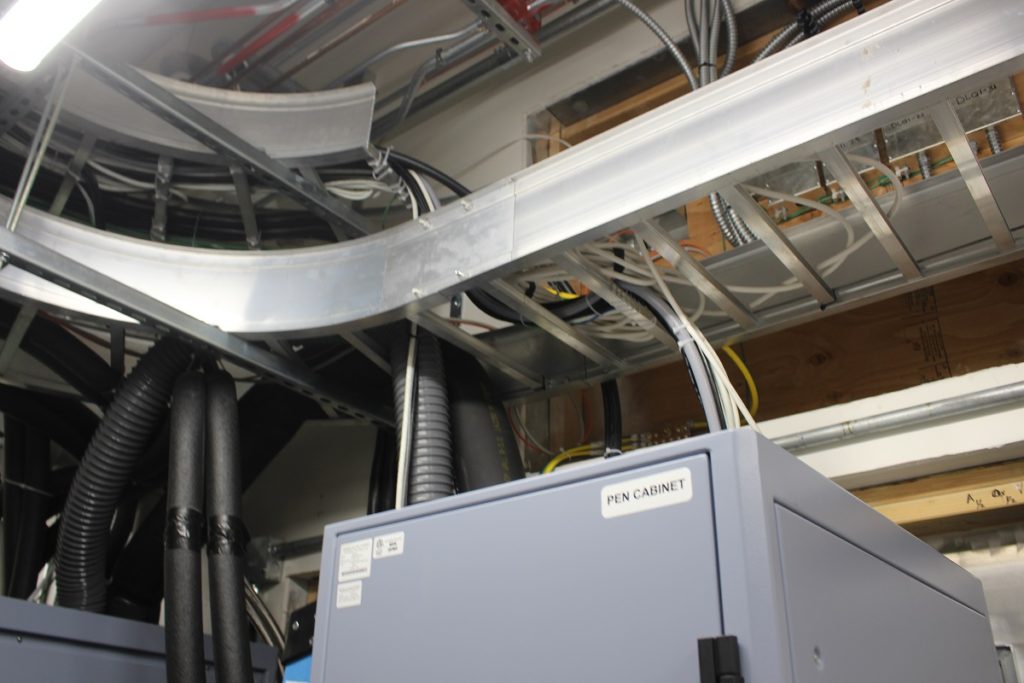 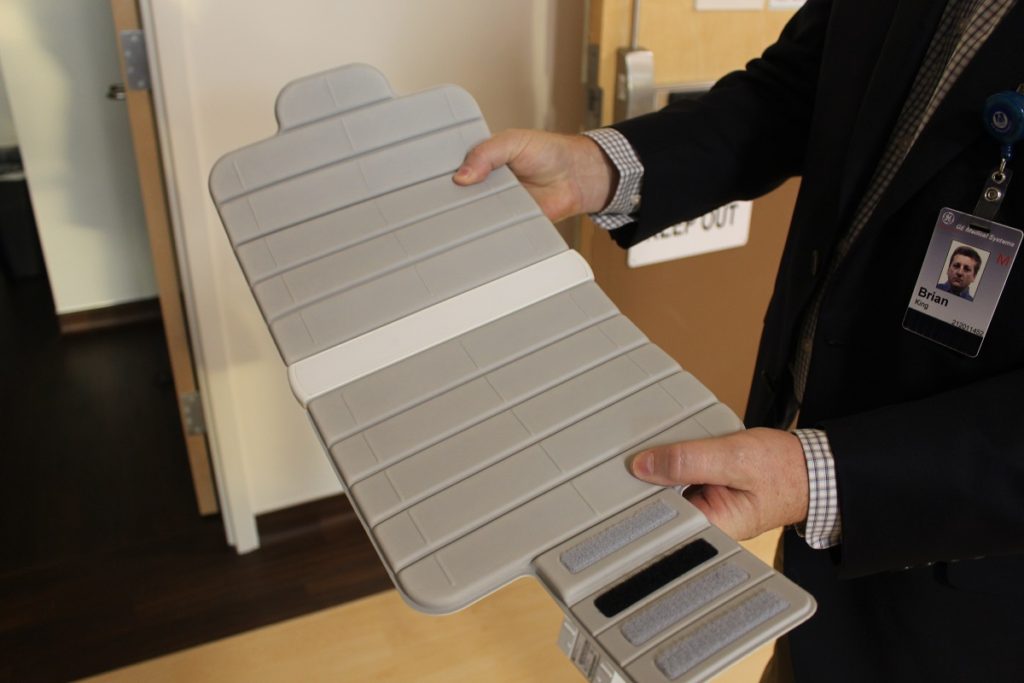 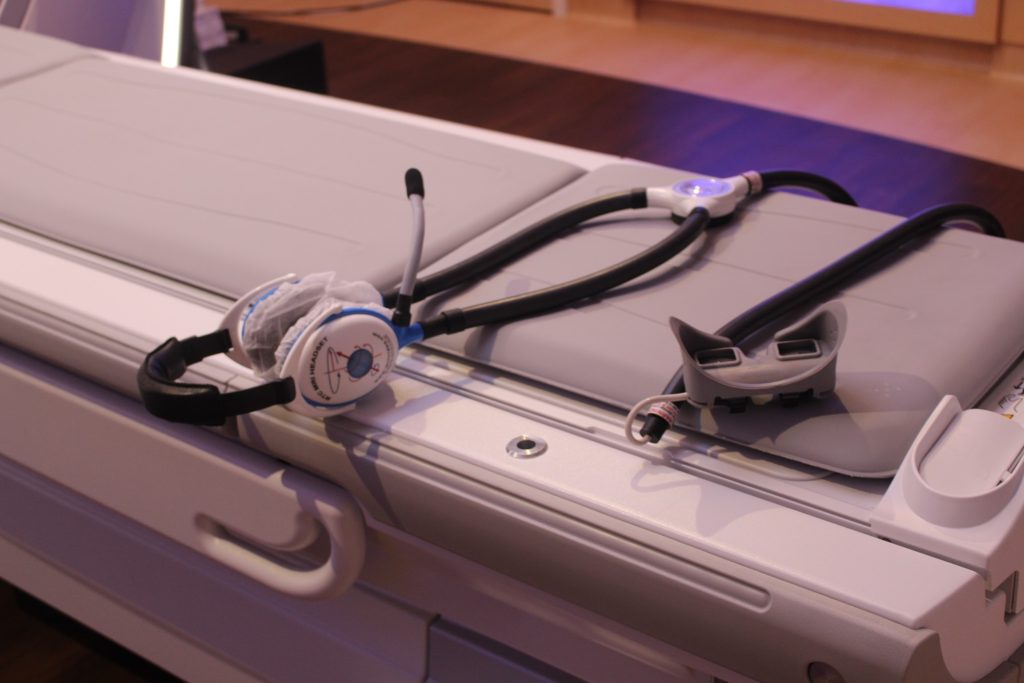 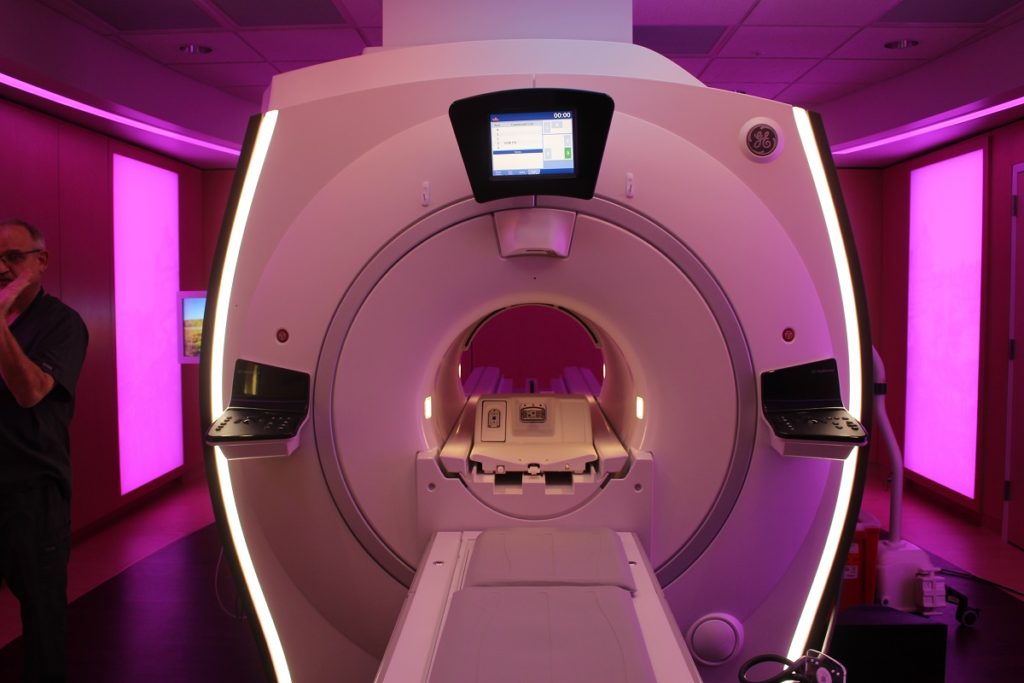 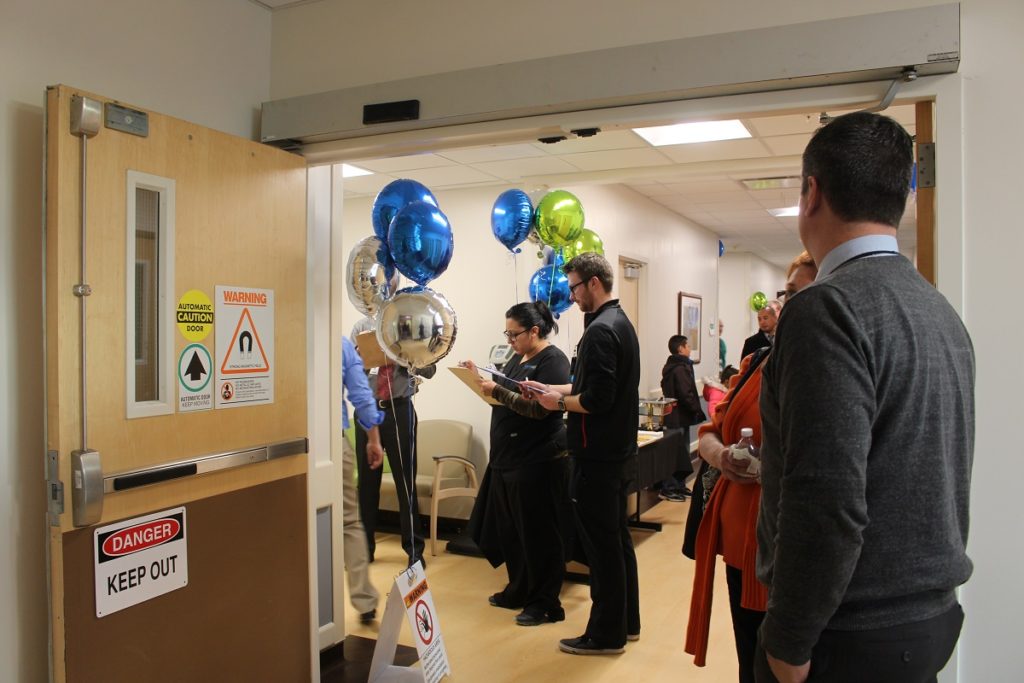 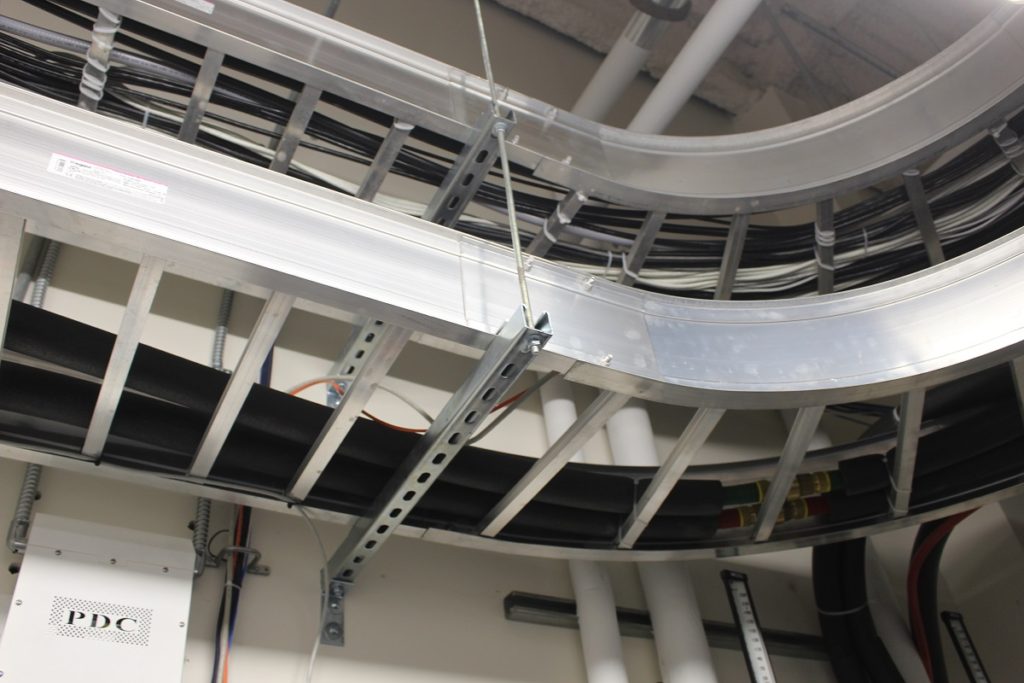 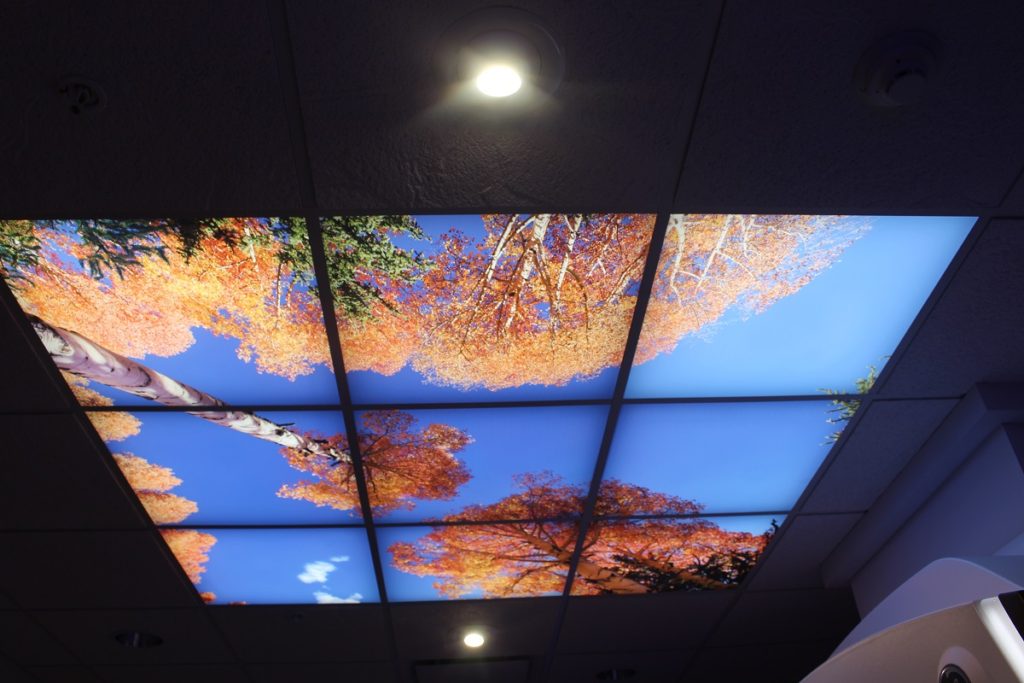 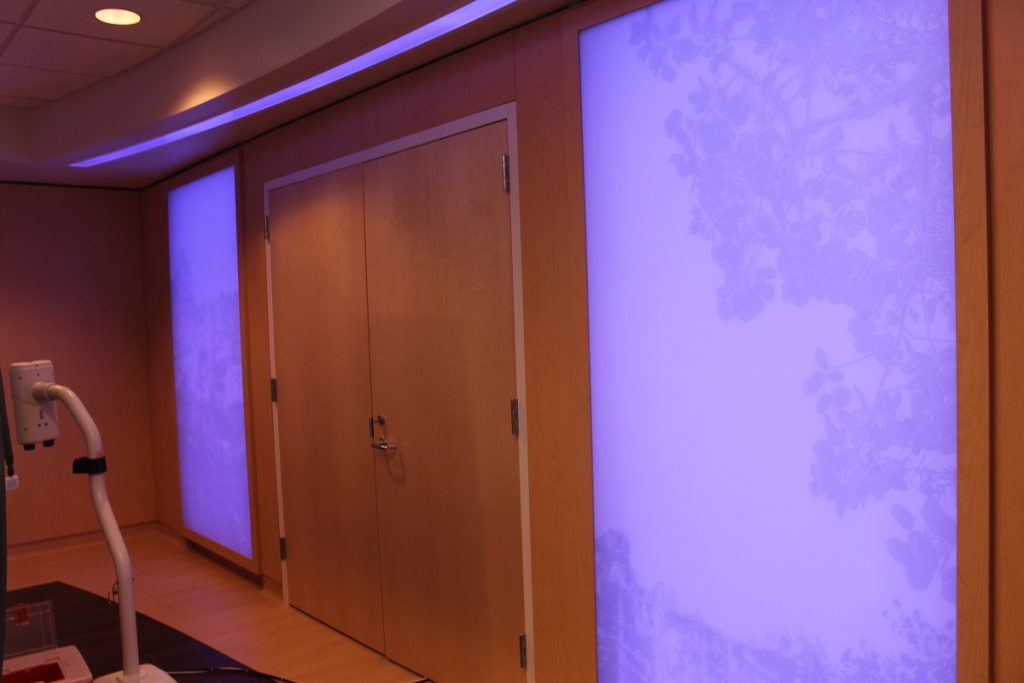 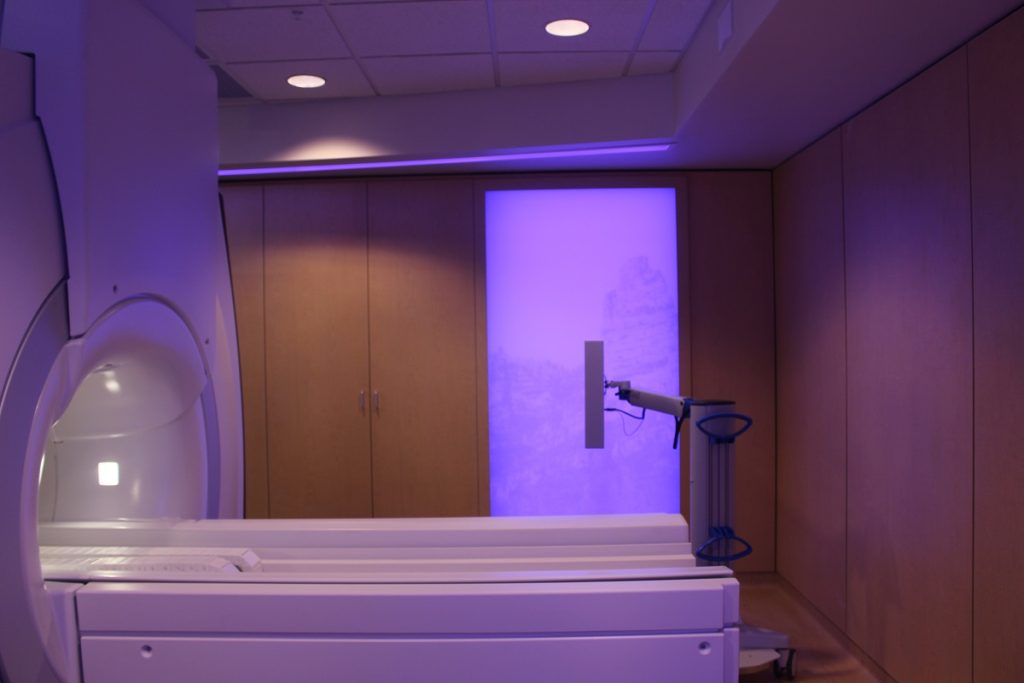 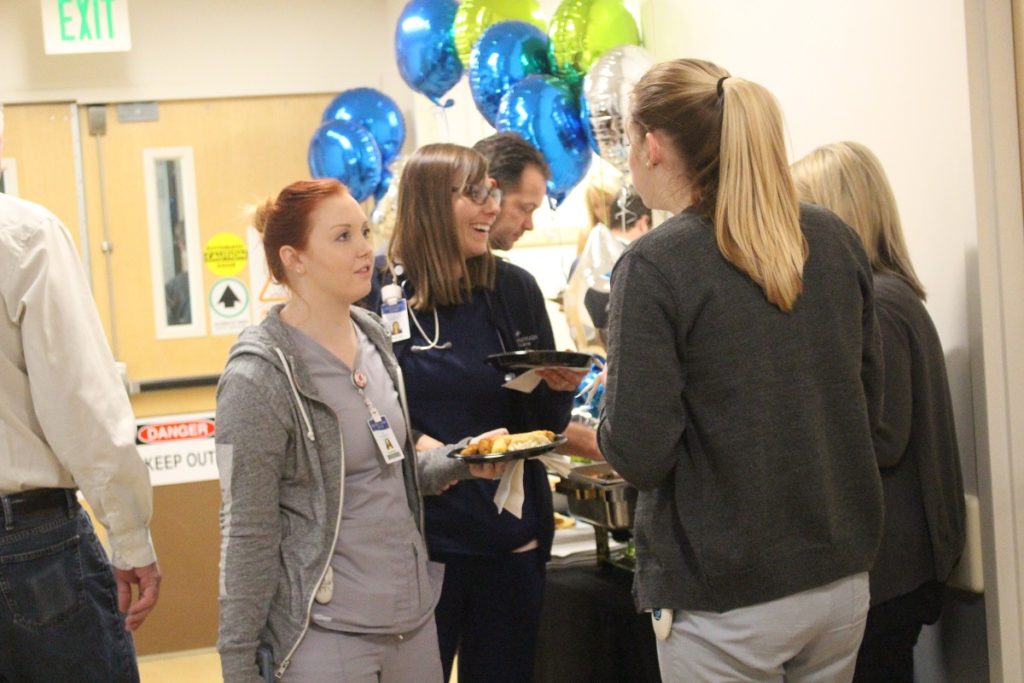