WASHINGTON COUNTY — A driver lost control of his car after hydroplaning on the rain-soaked roadway of Interstate 15, clipping a semitractor-trailer and then crashing into the median.

At approximately 5:30 p.m., Utah Highway Patrol received a report of a crash at northbound milepost 22 on Interstate 15 just north of the Leeds exit.

“By his statement, he hydroplaned and actually hit the back end of the semi-truck in the middle lane as he was in the left lane. Lost control and went into the median and hit the concrete barrier,” UHP Trooper Grant Hintze said.

See video in the media player top of this report.

The driver, a man in his 50s, was checked out by responding medical personnel and was “complaining of no injuries,” Hintze said.

“The semi driver continued, probably not knowing that he was hit because it was hit on the trailer,” he added.

The driver was wearing his seat belt. Airbags deployed in the white Toyota sedan, which likely contributed to the man escaping without any injuries, the trooper said.

The crash was likely a result of the weather conditions, Hintze said. The driver told the trooper he was under the speed limit but still hydroplaned.

No citation was issued.

The Toyota’s front end sustained heavy damage and was towed.

Hurricane Valley Fire and Rescue also responded to the incident. 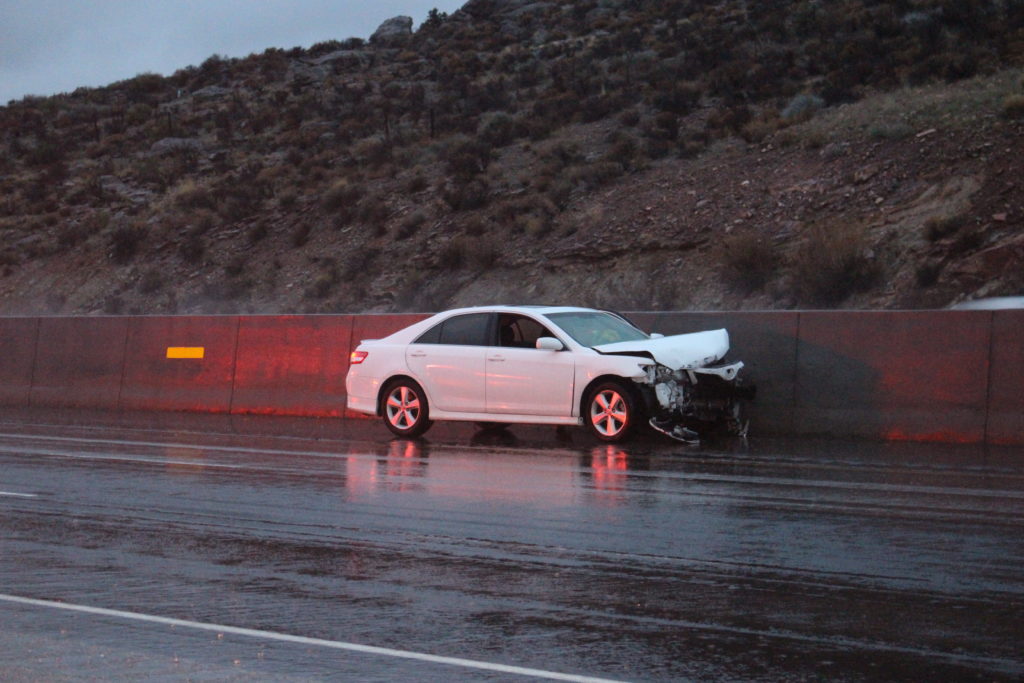 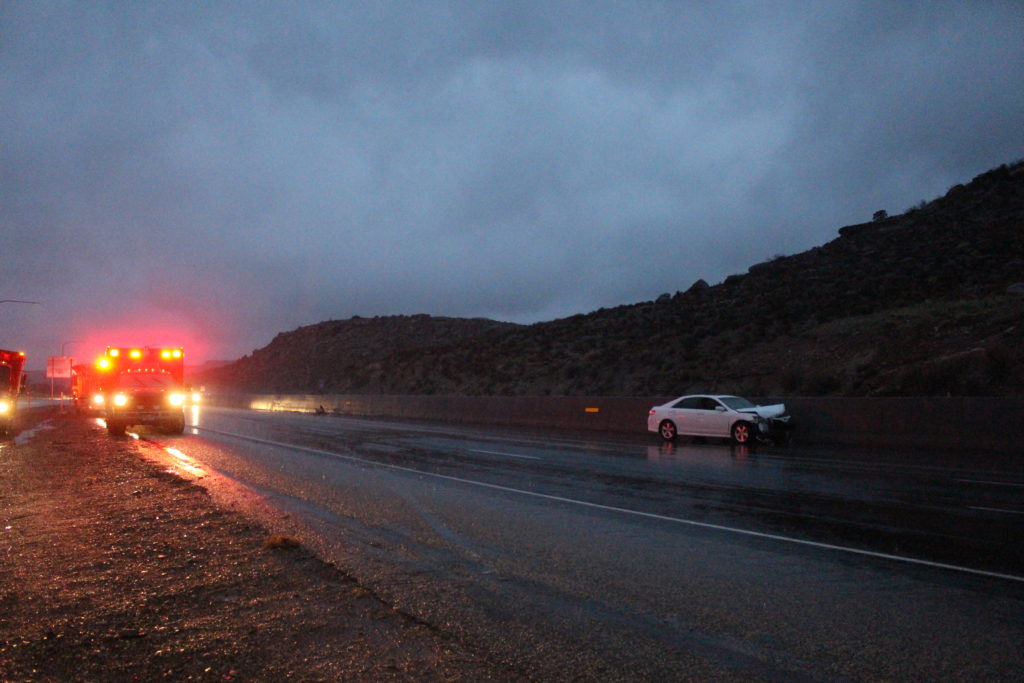 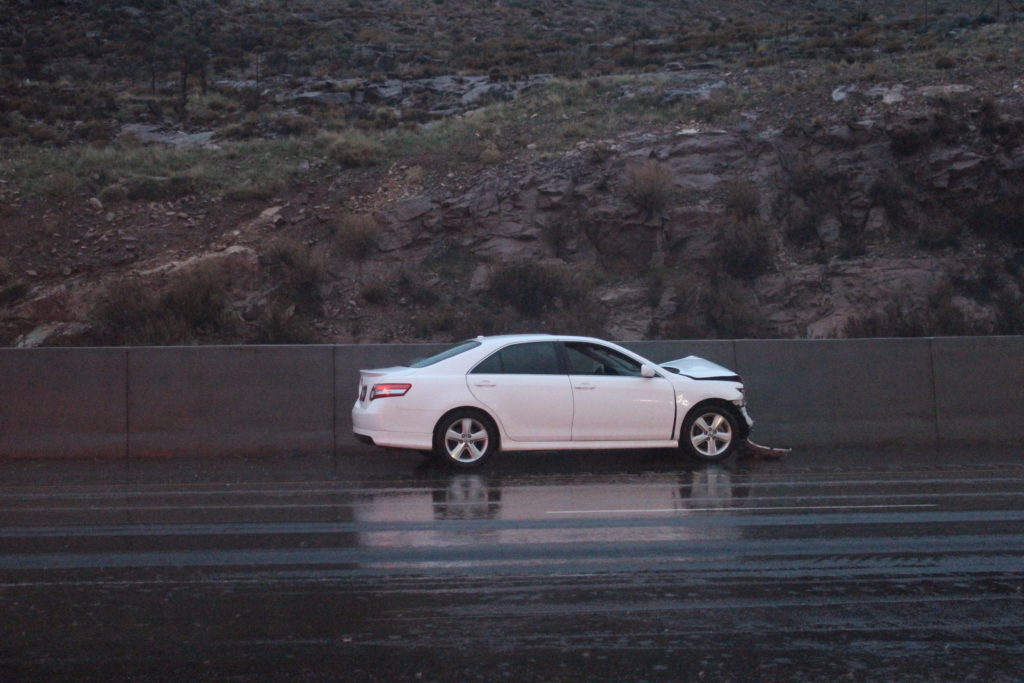 SUV hydroplanes, rolls on I-15