ST. GEORGE — Failure to stop at a busy intersection caused a collision Saturday resulting in two people being taken to the hospital and both cars being totaled.

“We had a red Kia southbound here on 1000 East,” St. George Police Officer David McDaniel said. “He had several witnesses behind him. They were approaching Tabernacle here when this grey van was eastbound on Tabernacle.”

The grey van ran the stop sign at about 25-30 mph and hit the Kia, McDaniel said.

“The van … spun 360 degrees and came to a stop here against the curb,” McDaniel said, “The Kia was thrown up into the bushes.”

Both passengers of the Kia were transported to Dixie Regional Medical Center with non-life threatening injuries. Neither of the van’s occupants was transported.

Both vehicles sustained massive front end damage. The van’s left front wheel was almost flat against the pavement, and tow truck drivers were picking up parts of the Kia’s engine, including the air conditioning compressor, from the street. Air bags deployed in the Kia.

The driver of the van received a citation for failure to stop at a stop sign, McDaniel said. 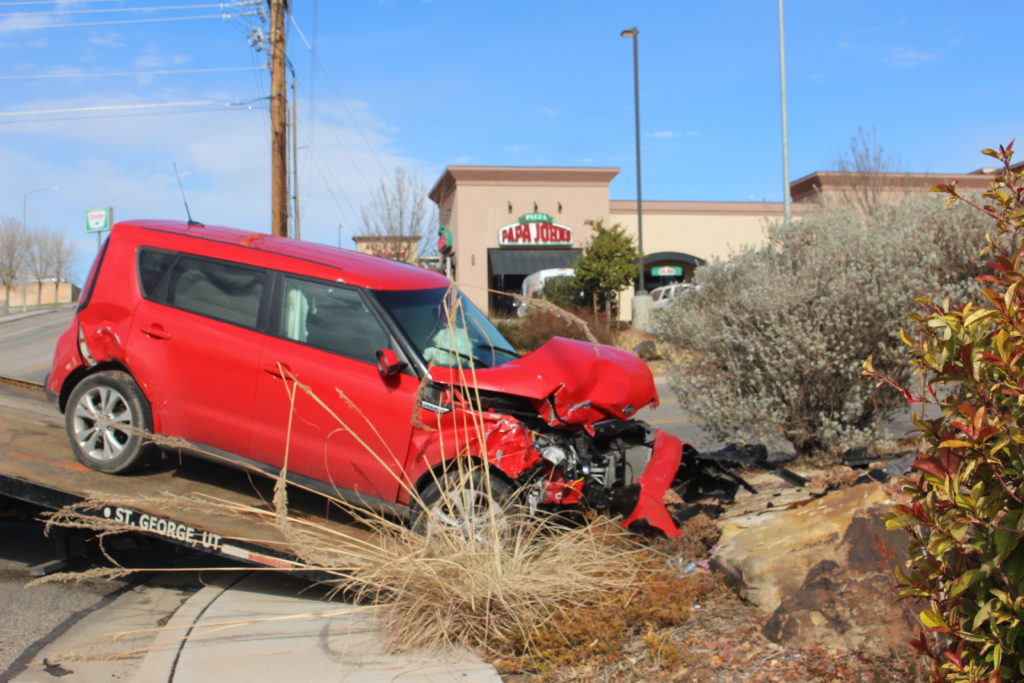 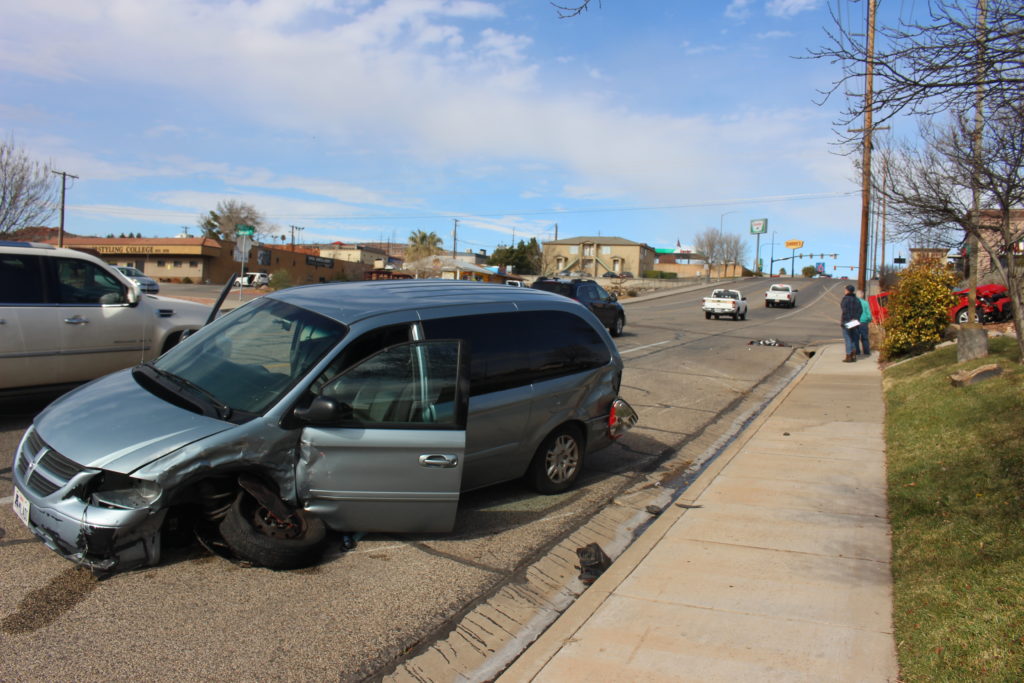 A van and a Kia sit disabled on 1000 East and Tabernacle Saturday afternoon after the van ran a stop sign and hit the Kia, St. George, Utah, Jan. 14, 2017 | Photo by Ric Wayman, St. George News 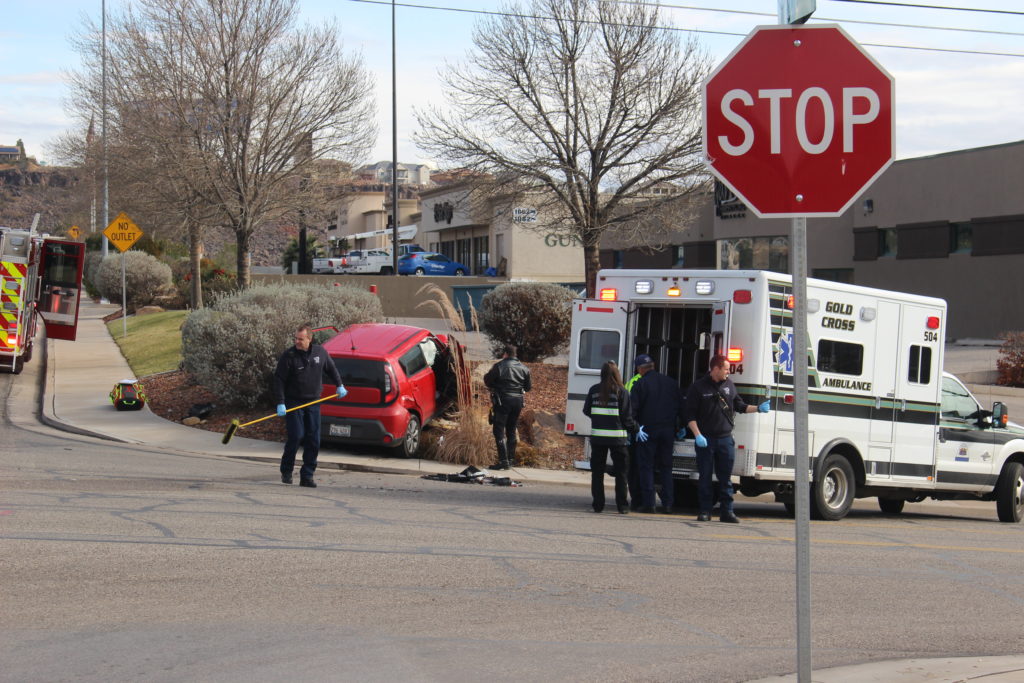