Scott was a standout in both football and wrestling, being named the 2011 Deseret News 3A MVP after leading the Tigers to an undefeated championship with 1,638 yards and 31 touchdowns.

Scott’s family and the American Red Cross office has been honoring Scott’s memory every year since with a blood drive. Scott Brown, donor recruitment account manager, said the family wants to bring awareness for the need for blood products.

“Brian’s family wants to hold a blood drive in memory of Brian to show their appreciation for the blood donors who provided the blood products he needed,” Brown said.

Brown went on to say that blood products do not last forever, in fact most of them must be used within 42-45 days of procurement, so the ongoing need for blood is always present. 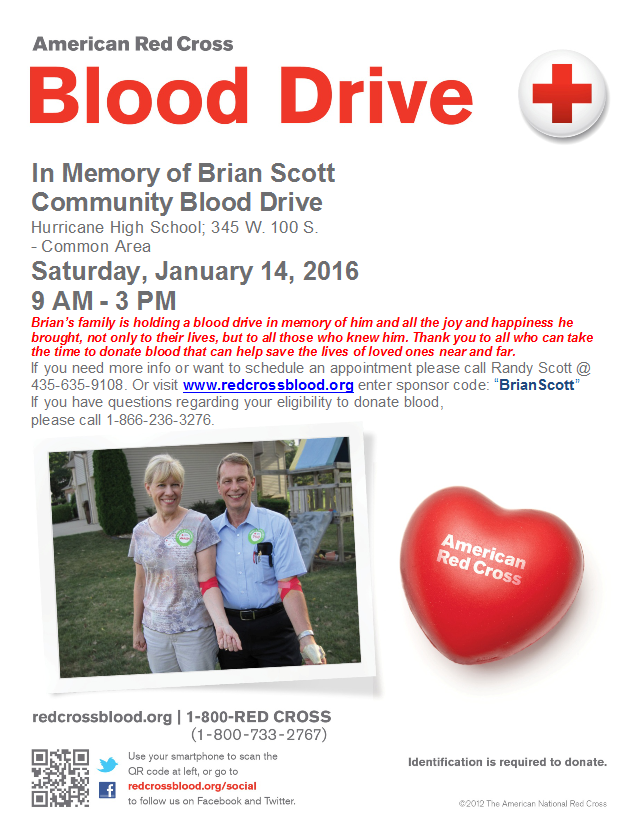 The first year the blood drive was held the Red Cross received about 150 donors. That turnout fell off dramatically last year, with only 35-40 people donating.

Brown says he would like to see a major uptick in that number for this year, as blood and blood products are in great demand after the holiday season.

“Right now in particular we are coming out of the holidays, where people are tied up and wrapped up in their holiday plans,” Brown said.

“Donating blood is not the top priority during the holidays for most people, so our blood collections do go down significantly through December … so now we’re into January and we’re trying to push hard to get that volume of blood collected back up to where we need it to be to meet the demand.”

Anyone interested in donating blood in honor of Brian should call Randy Scott at 435-635-9108. Or visit www.redcrossblood.org and enter sponsor keyword: “BrianScott”

Letter to the Editor: Homecoming for Brian Scott, they lit the 'H'