Nisson died Dec. 24, 2016, at 98 years old. He and his wife, Gwen Turner Nisson, had five children. In his passing, Nisson has taken on another name: Icon.

The former mayor of Washington City, an office he held for 14 years, loved holidays, particularly the Fourth of July, and he shared that love with the community.

Nisson was famous for riding through the streets of Washington City on a flatbed, shooting off a cannon in the early morning hours to mark the beginning of Independence Day.

The Nisson Band, made up of family members including Nisson himself on piano, would play nostalgic patriotic tunes for the neighbors as they awoke.

Others called it the “serenade truck,” and neighbors would sometimes sleep out in their yards the night before the Fourth of July so they wouldn’t miss the patriotic truck serenade through their part of town, Nisson’s nephew Kelly Kendall said.

“For us growing up it was just constant excitement, especially around the holidays, especially the Fourth of July,” Nisson’s daughter Mareli Nisson Clove said, ” … you know that ‘serenade truck’ was just … to think that they could get a piano on there and they could actually have music driving through town.”

Nisson was known for his piano playing throughout the town. He played for dances and the Nisson Band was a staple at many of Washington City’s celebrations including the Cotton Days, Independence Day and Pioneer Day celebrations.

Watch Nisson’s family pay tribute to him in the video top of this story.

Perhaps Nisson’s fervor for the Fourth of July came from his years of military service. Nisson was a World War II veteran who served in some of the most difficult engagements of the war, Kendall said.

An excerpt from a July 2016 St. George Health and Wellness article written by Kendall about Nisson said:

He landed on D-Day at Utah Beach, continuing on to the Battle of the Bulge, and also at the Tiger Operation and by the end of the war he was almost to Austria. Despite many dangerous and frightening experiences during the war, he made it back without injury and was released from the Army at the end of 1945.

Kendall said his Uncle Nisson always felt like he was spared for a reason so when he came home from the war he was determined to make other people’s lives better.

Spreading a little extra cheer around the holidays was one way he did that.

“He brought the spirit to the community,” Staheli said.

Staheli said she remembers Nisson putting big speakers on the roof of the Nisson Mercantile during Christmastime and play Christmas music.

“A lot of people have remembrances of hearing those tunes and those Christmas songs miles and miles away,” Nisson’s youngest son, Kelvin Nisson, said.

Staheli also recalled with some nostalgia how the community would put on a Christmas Eve play and Nisson always provided paper bags full of peanuts and candy for the children.

Nisson is probably remembered best for his enduring presence at Nisson’s V & S Mercantile. He and his wife opened the store that sat on the corner of Telegraph and Main Street in Washington in 1946.

Before the interstate was built, Old Highway 91 ran right past the store making it a central hub for residents and passers-by alike. And always at the front was Nisson, Kendall said.

“The community was built around the store,” Staheli said.

It was a place that Kendall called “the heart and soul” of Washington City.

It was at the store that shoppers could learn all the latest news and even learn a few life lessons.

Staheli recalled shopping with her mom at Nisson’s and asking for cinnamon toothpicks. When she was denied the treat, she decided to take matters in her own hands, Staheli said, and stole them.

“When my mom caught me she made me go back to the store and tell Quentin I had stolen them.”

Staheli said Nisson never yelled at her but he made it very clear that stealing is wrong.

Kendall’s first job was at Nisson’s Mercantile, he said. He was 8-years-old and his job was to burn boxes in the incinerator behind the store.

On a particularly windy day, he almost burned the back of the store down. He was so scared, Kendall said, he hid under his aunt and uncle Nisson’s car while the volunteer fire department came to put out the fire.

“He was kind,” Kendall said, “let me keep my job and later promoted me to sorting pop bottles when my cousin Tim Turner was promoted to stocking shelves and I got a raise to 80 cents an hour.”

The store has since been torn down but Nisson’s gift for kindness as a father, businessman and community member is a never-ending part of his legacy.

“One thing I would like to say is how compassionate he was,” Nisson’s oldest son, Robert Nisson said. “He really liked people … he loved everybody in the community.”

And it seems the community loves Nisson back. Several community members, including Staheli are in the beginning stages of fundraising to erect a statue in Nisson’s honor. Those interested in helping with the efforts can contact Staheli at telephone 435-229-5239.

“He was an icon,” Staheli said. 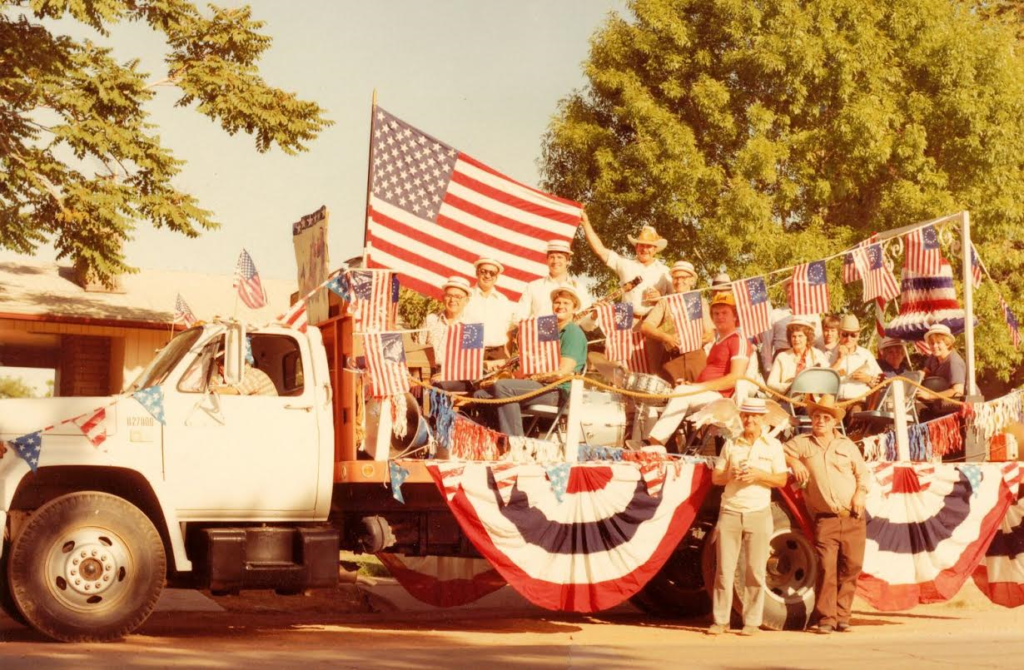 The 'serenade truck' also known as the 'granny wagon' carries the Nisson Band and others throughout Washington City to celebrate Independence Day, Washington City, Utah, date not specified | Photo courtesy of Kelly Kendall 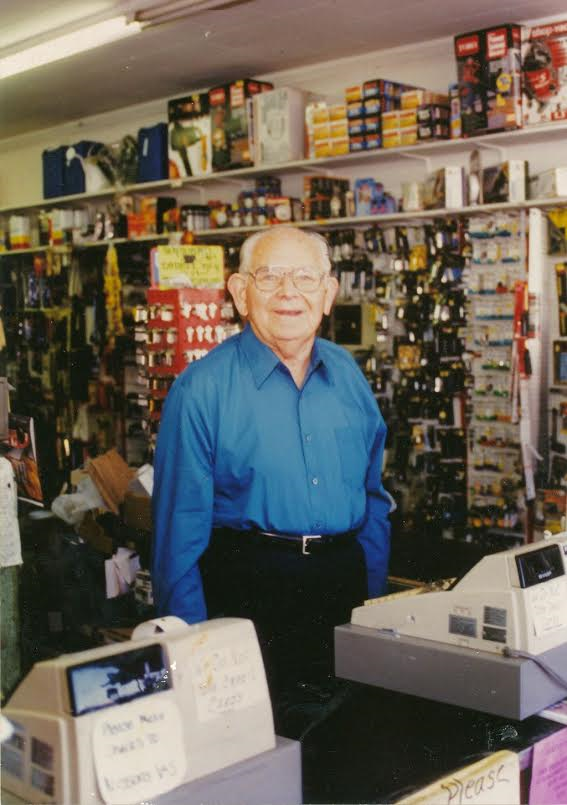 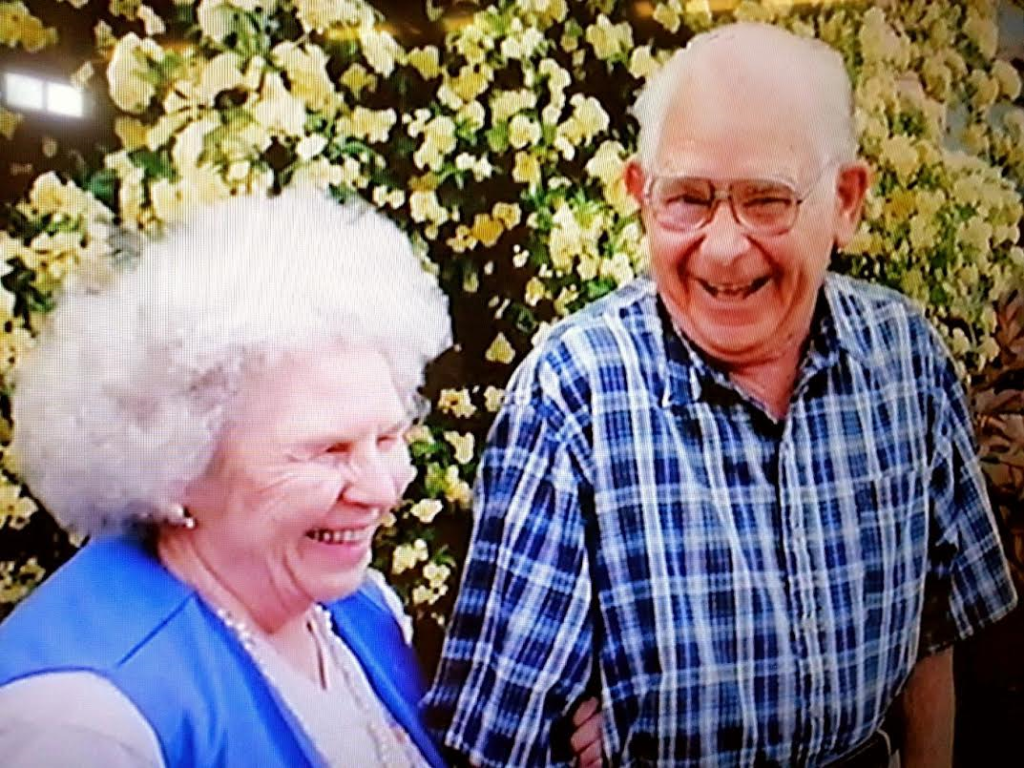 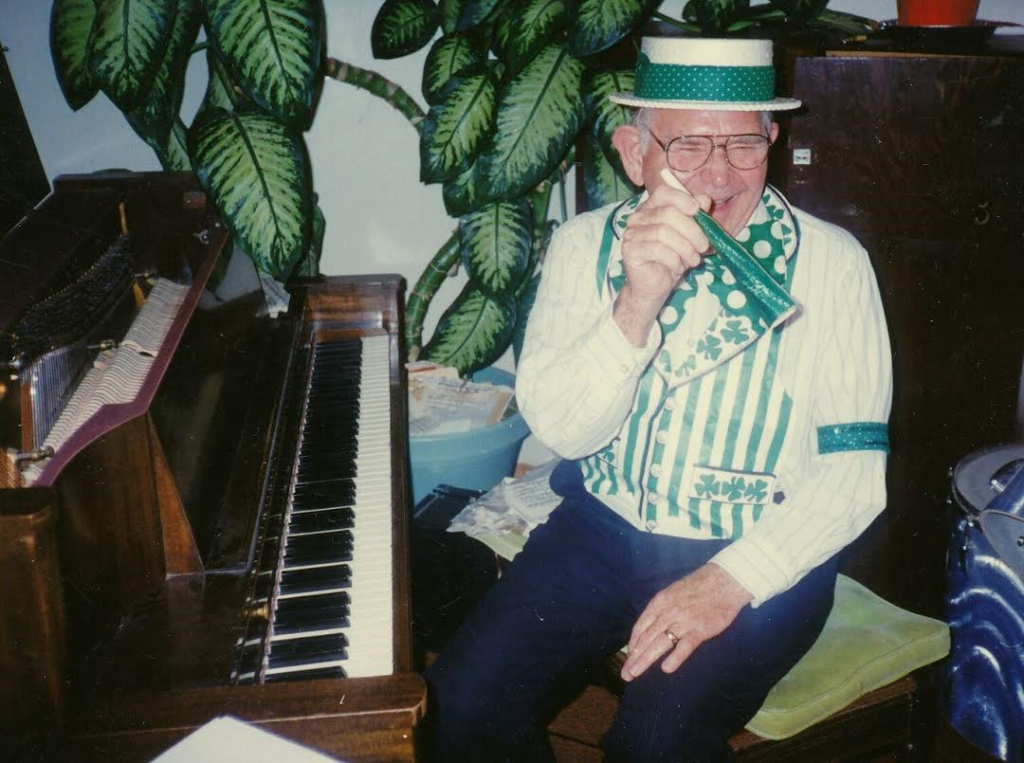 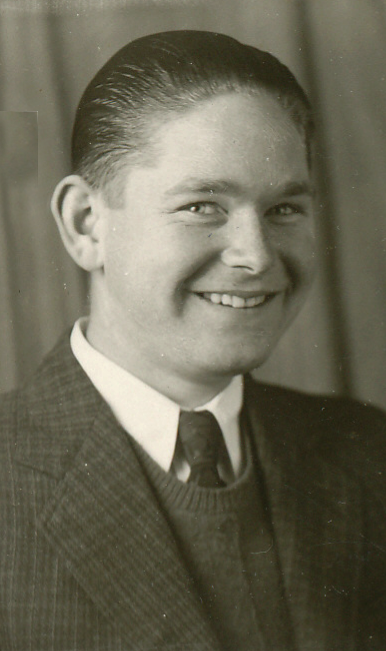 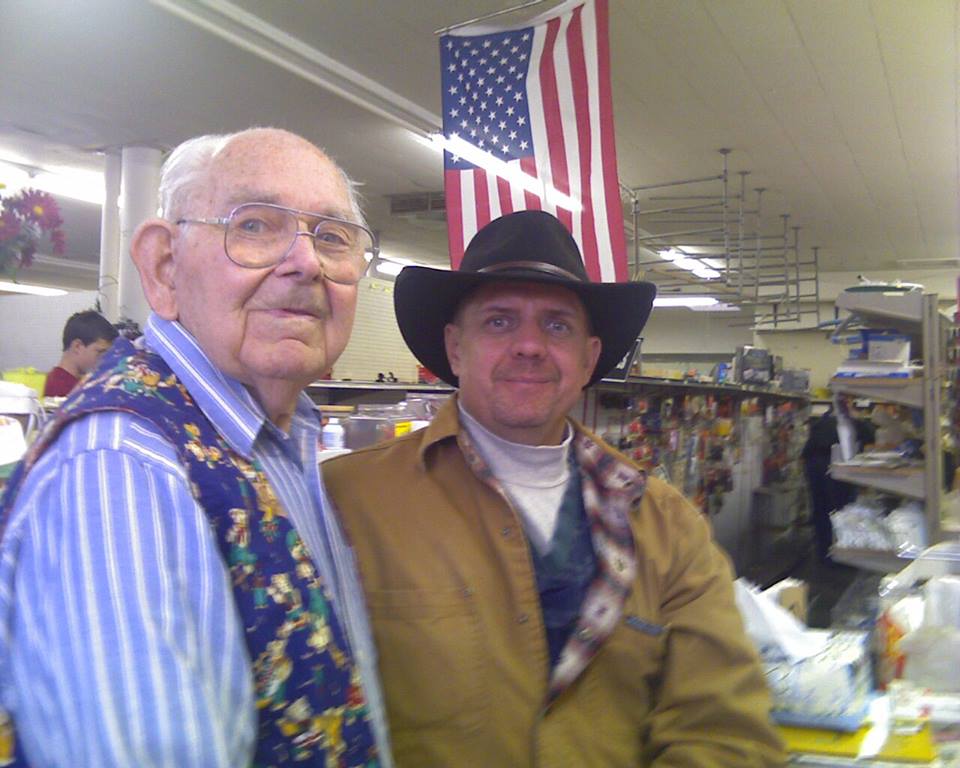 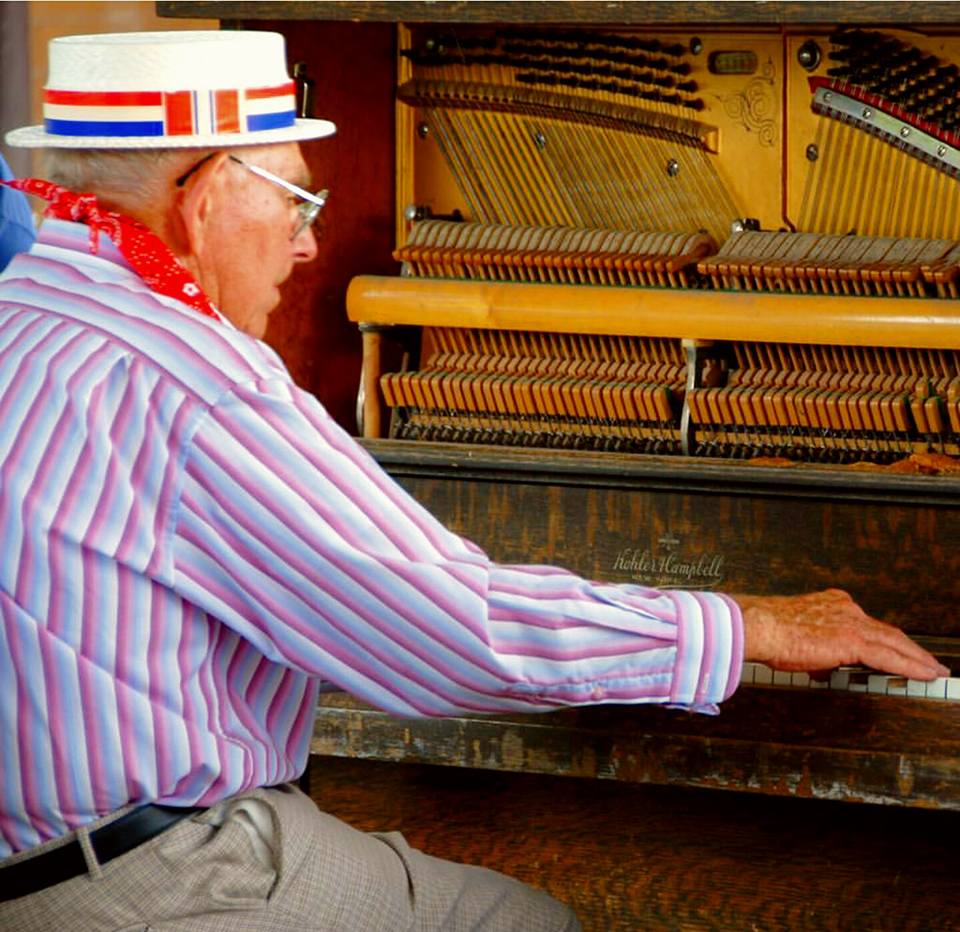 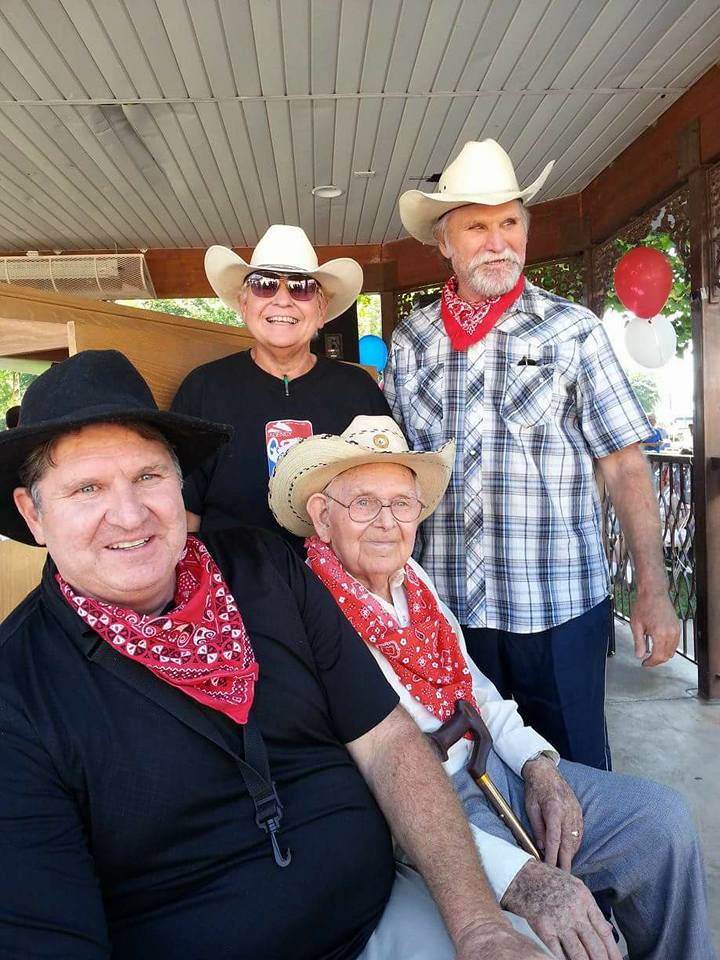 'Inside Out Dad' teaches incarcerated dads to be better fathers