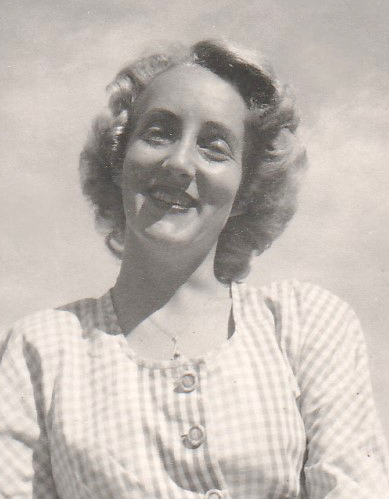 Our sweet mother, grandmother and friend, Felice Smith, passed away peacefully on Jan. 4, 2017, at the age of 98 in St. George, Utah.

Felice was born on January 11, 1918, in El Paso, Texas, to Eli Swain and Ada Mortensen. Shortly after her birth, her family moved to Phoenix, Arizona.

As a young woman, Felice had the opportunity to serve as a missionary in the Northern States Mission, where she was set apart as a member of the Mormon Ladies Sextet. The Sextet performed throughout the Northern States, sharing the gospel through song.

After her mission, Felice attended Brigham Young University where she earned a degree in music and served as the president of the LDS Sorority, Lambda Delta Sigma. It was here that she met her future husband and love of her life, Mayo Wilford Smith. They were married in the Mesa Arizona LDS Temple on Aug. 27, 1947.

Mayo and Felice resided in Southern California where Mayo practiced medicine for 40 years. Together they served in the Los Angeles LDS Temple and served as Senior Missionaries in the Dominican Republic after Mayo’s retirement. Felice enjoyed working alongside dear friends in the California Utah Women organization for many years and served as its president from 1981-82.

Felice was a gifted musician. Music filled her life and home. She had the privilege of singing in the Tabernacle Choir and directed choirs throughout her life, serving as the Stake Music Chairman for over 30 years. Her love of music was eclipsed only by her love of her Heavenly Father and her family.

Felice’s love for life and people was evident in all she did. She brought light, love and laughter to all who knew her. She saw the best in everyone and felt that kindness was the hallmark of a life well lived. She had a deep and abiding faith in the gospel of Jesus Christ. Although she has left us, her legacy lives on as a bright light and a beautiful song. She will be missed by all who knew her. Her grandchildren and great-grandchildren will miss singing and dancing with her.

Felice is survived by her brother, Marion Swain; five children, Shane (Melissa), Miriam (Kevin), Lucina (John), Allyson (Tom), Bryson (Jill); 26 grandchildren and 21 great-grandchildren. She was preceded in death by her husband, five siblings, and one grandson.