MORAGA, Calif. (AP) — Jock Landale had 24 points and eight rebounds to help offset another big game from BYU’s Eric Mika and the 19th-ranked Gaels pulled away in the second half to beat the Cougars 81-68 on Thursday night.

The Gaels (13-1, 3-0 West Coast Conference) have won seven straight since suffering their lone loss of the season at home against UT Arlington on Dec. 8.

Saint Mary’s top scorer coming into the game, Landale scored 12 points in each half while also trying to defend Mika, the second-leading scorer in the WCC. Mika finished with 28 points — one shy of his career-high set earlier this season — and 10 rebounds. 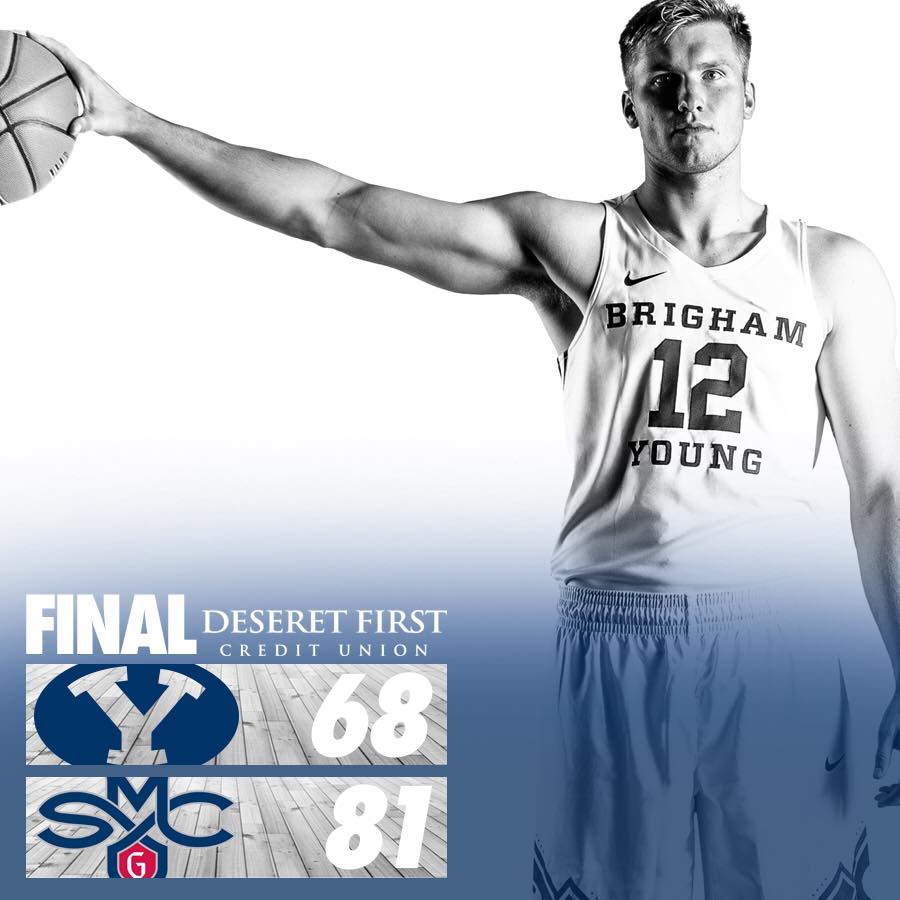 Landale got the better of Mika late, scoring twice on putbacks to go with a basket in the paint over the final 6 minutes before checking out of the game to a rousing ovation with 1:15 remaining.

It’s only Saint Mary’s third win in the past seven games against BYU.

Much of the first half centered around a battle between the big men, Landale and Mika. The duo spent most of the first half banging into one another in the paint while shouldering the scoring load for their respective teams early.

The difference was Saint Mary’s shooting from the perimeter. The Gaels went 6 of 13 from beyond the arc and shot 64.3 percent overall to take a 44-36 halftime lead.

BYU: Mika has scored 20 or more points in eight games this season. . The Cougars got off to another slow start and the 36 points were their third-fewest in a first half this season. BYU also had just two offensive rebounds before the break.

Saint Mary’s: The Gaels remain on course for a showdown with undefeated No. 5 Gonzaga on Jan. 14 in Spokane, but coach Randy Bennett’s squad continues to do a good job focusing on the task at hand. Landale didn’t have the numbers that Mika did, but proved he is one of the WCC’s elite centers. He also had plenty of scoring support, one of the staples of Bennett’s offense.

Saint Mary’s: Takes a short ride across the Bay Bridge to play at San Francisco on Saturday night.

Momentous rally as BYU comes back to beat LMU