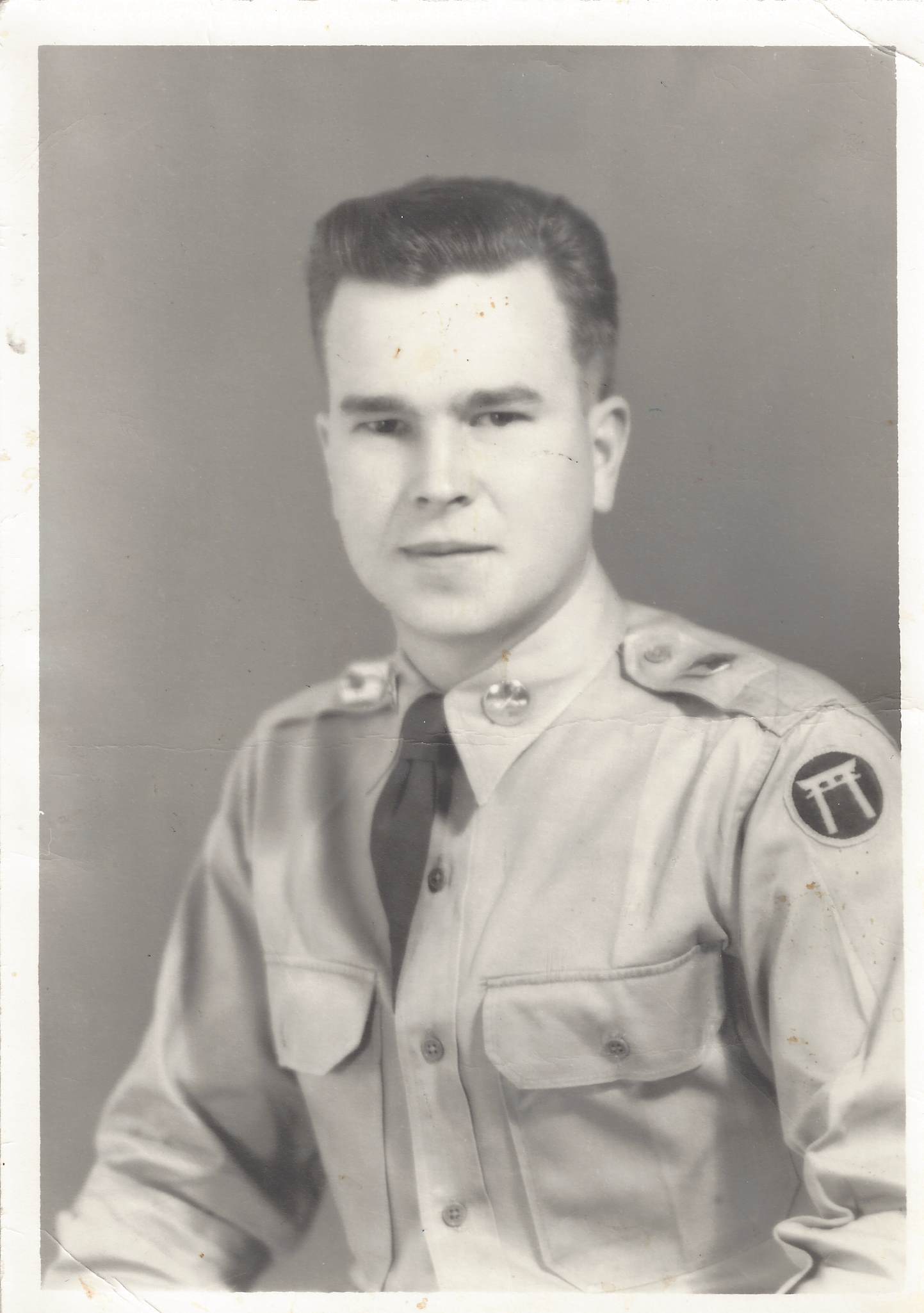 Clayton Vaughn Olds was born on Sept. 28, 1932, to Arthur and Lottie Dodge Olds in Toquerville, Utah. He graduated peacefully from this life on New Year’s Day surrounded by his loving wife and family. Clayton was the sixth of eight children.

Clayton loved growing up in Toquerville where he had many friends. Clayton always said that he was partially raised by his oldest brother, Clark, and his uncle, Lyman Dodge.

Clayton served 18 months in Okinawa, Japan. He became engaged to Sue Stirling before leaving for Okinawa and after arriving home on Christmas Eve 1954, he and Sue were married on Jan. 20, 1955, in the St George LDS Temple. Clayton and Sue have four children: LaMar, Pam, Tim and Cheri.

Clayton attended the Branch Agricultural College which later became known as SUSC where he graduated with a teaching degree. Clayton taught school for 30 years while spending the summers working as a mechanic, a cat operator, a cement and dump truck driver, among other things.

Clayton was always known as a strict teacher but many former students have said that he was their favorite. What student could forget the three-legged chair?

Clayton was in the Lions Club where he was instrumental in putting in the Little League fields in Hurricane. He was president of the West Zion Little League for seven years. He was a Hurricane City councilman for four years, and a Power Board member for six years.

Clayton retired at the age of 53 and he and Sue spent many enjoyable days up at the family cabin. He also enjoyed dutch oven cooking, riding four wheelers and his side-by-side, the deer hunt, and he and Sue have probably fed half the county at one point in time or another.

Clayton was a spiritual man who loved the Lord and served him in many ways throughout his life. He served as Stake Clerk, Ward Clerk, a Deacons Quorum Advisor, Stake MIA President, High Councilman and in the Hurricane LDS 3rd Ward Bishopric. He was always willing to help when you needed help.

Clayton was a great husband, father, grandfather, great-grandfather, brother, neighbor, and friend and was admired by many for the way he lived his life.

Arrangements entrusted to Spilsbury Mortuary 435-673-2454. Family and friends are invited to sign his guestbook at www.spilsburymortuary.com.