ST. GEORGE — As the year ends and many ring in the New Year, here is a look back at the stories that garnered the most interest and discussion on St. George News in 2016. 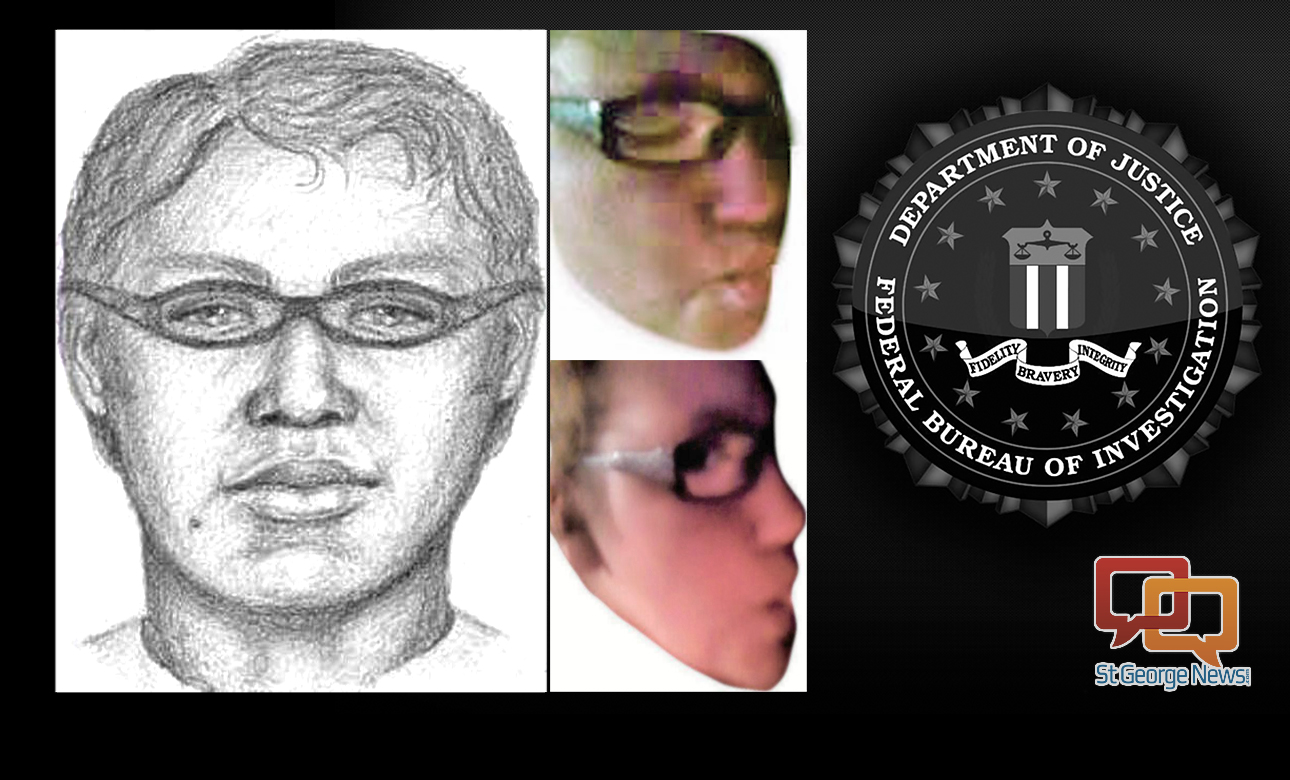 The Federal Bureau of Investigation continues to seek the public’s assistance in obtaining identifying information regarding at least 11 unknown individuals who may have critical information pertaining to the identities of what appear to be child victims in multiple ongoing sexual exploitation investigations.

It is estimated that nearly 2 million children across the globe are involved in sex trafficking, with 100,000 of those children right here in the United States. It’s a lucrative business. According to the FBI, sex trafficking is one of the largest and fastest growing criminal enterprises out there.

On Aug. 18, a BLM geologist driving to look at a rock formation on the Arizona Strip in the region of Mt. Trumbull discovered the body of 30-year-old David Heisler, who was allegedly assaulted and kidnapped from his Santa Clara home June 27.

Heisler’s former girlfriend Kelley Marie Perry, 31, who is the mother of Heisler’s 6-year-old child, and Francis Lee McCard, 55, were arrested July 5 on charges including assault and kidnapping.

During an investigation McCard reportedly admitted to going to Heisler’s home the morning of June 27 with co-defendants Perry and Tammy Renee Freeman, 54, who was arrested July 9 for her alleged involvement in the crime. McCard told police his intent was to go to Heisler’s home to “scare” Heisler.

McCard and Perry both allegedly admitted to tying up Heisler, assaulting him in his home, placing a pillowcase over his head and forcing him into the backseat of his car. McCard told investigators he drove Heisler to a remote area on the Arizona Strip and had left Heisler alive standing next to a tree about 4.1 miles up BLM Road 105 – approximately 40 miles away from home.

At the time of his disappearance, Heisler had just been awarded sole custody of his daughter, June 13, after years of related legal proceedings.

A semitractor-trailer hauling livestock on Interstate 15 to the Los Angeles area crashed into a barrier in the Virgin River Gorge near Arizona milepost 16, tearing the truck’s trailer open and throwing pigs into the roadway.

Pigs wandered about on the interstate on both northbound and southbound lanes, seemingly dazed and confused about their newfound predicament.

The driver refused medical attention and instead helped round up pigs. Local ranchers arrived on scene to volunteer with cleanup and pig herding.

READ MORE: Semi carrying pigs rolls in Gorge by Joseph Witham | Traffic advisory: I-15 in the Gorge closed in both directions

A man was discovered hanging in the bathroom of McDonald’s fast food restaurant located at 1235 S. Bluff Street in St. George.

A McDonald’s employee discovered the man hanging in the bathroom during the busy lunchtime hour.

Investigators determined that the man, who was not an employee of the restaurant, had died from an apparent suicide.

A young family awoke to the face of a 70-pound mountain lion staring at them from the window well of their Green Springs home, prompting a call to authorities to subdue, remove and relocate the wild animal.

The peeping Tom mountain lion, who could have easily climbed out of the window well, made himself comfortable in front of the window and seemed to have no intention of leaving.

Authorities used an air-powered pistol to administer a dart and drugs to the mountain lion, rendering it sound asleep within two minutes. Authorities were then able to remove the tranquilized lion from the window well and place it in a transport box.

An 18-year-old in his last year of high school, Drex Taylor, died at the scene of an automobile crash when he apparently fell asleep at the wheel in the early morning hours on state Route 18. Taylor had played football for Dixie High School his sophomore year and would have graduated in 2017.

His girlfriend, 17, was injured but survived the crash.

7. Delving into Desert Springs murder, deserted house off I-15

The “No Filter Show” traveled south on Interstate 15 to visit Desert Springs, a small community on the Arizona Strip between the Virgin River Gorge and Beaver Dam, a small place that contains an oasis, mystery and even double murder in its history.

READ MORE: No Filter: Delving into Desert Springs; murder, deserted house off I-15

A fictitious news story caused quite a stir after the story reported that Warren Jeffs, leader of the Fundamentalist Church of Jesus Christ of Latter-Day Saints, was found dead in his prison cell at the Louis C. Powledge Unit located near Palestine, Texas.

It was determined that Jeffs, who is serving a sentence of life plus 20 years since his 2011 conviction on crimes related to marrying and sexually abusing two underage girls he considered brides, was alive and breathing and that the story was a hoax.

A St. George News report in April 2016 reviewed stories of major earthquakes that have hit Southern Utah over the past 120 years. The story caught wide interest despite recent quakes at the time measuring lesser magnitudes.

Experts say they cannot predict when a large quake might happen, one could happen tomorrow as sure as one might not happen for another century.

A 3-year-old boy died in an apparent drowning accident while visiting with family in Santa Clara over Memorial Day weekend.

The boy drowned at the home of Lisa Thorpe, his aunt. Thorpe told St. George News that the child’s parents liked to dress the boy in light purple.

“Someone found out about this and today my yard was covered in purple bows, ribbons, flags and balloons,” Thorpe said in May. “There are so many good people in this community.”

READ MORE: Aunt of 3-year-old who drowned in pool adds to account, thanks community for support by Kimberly Scott

Thank you for your continued support of St. George News and Cedar City News throughout 2016. As always, we look forward to bringing you the news. Here’s to a successful 2017!