ST. GEORGE — For some, New Year’s celebrations include resolutions, parties or the time-honored tradition of singing ‘Auld Lang Syne,’ but for one couple the new year brought a new arrival of a different and very remarkable kind.

Benjamin Pruett is Baby New Year 2017, the first newborn to be ushered into the world at Dixie Regional Medical Center’s 400 East campus at 8:01 a.m. Jan. 1, to parents Amy and Josh Pruett of Kanab. Baby Pruett weighed in at 7 pounds, 7 ounces and measured 19.5 inches tall. The infant is doing very well, his mother said.

Amy Pruett went into labor at approximately 5:30 p.m. Saturday, she said, and by 6 p.m. the couple left from their home in Kanab to begin the two-hour journey to Dixie Regional Medical Center’s 400 East campus in St. George.

Just before 8 p.m. the couple arrived at the hospital and were taken right in where tests were run. Soon after they were admitted into a labor and delivery room, Amy Pruett said.

“Once we were admitted, we realized that we were really having a baby,” she said.

Amy Pruett labored throughout the night with the backdrop of fireworks going off all over St. George. Then, an hour after sunrise, Benjamin Pruett made his way into the world and into the arms of his mother.

When asked how both parents were feeling today, Amy and Josh Pruett responded simultaneously: “Tired.”

“Josh and Amy Pruett are an adorable young family from Kanab,” Draper said, “and we just wish them the best as little Benjamin makes his way into the world.”

Josh Pruett summed it up in one word: “Wonderful.”

Approximately 2,500 babies are born at Dixie Regional Medical Center each year, Draper, a 21-year veteran of the hospital, said.

“We have had a baby born on New Year’s day every year for the past 21 years,” she said, “except for one year, where we had to wait three days for Baby New Year to arrive.”

Dixie Regional presents the family of each Baby New Year a gift basket that is assembled by the women and children’s services director and includes many items that will help the new parents after they return home, including diapers, wipes, baby blankets, sleepers, bathing towels, baby formula, stuffed animals and other supplies.

A very special gift is also presented to the family, Draper said, which is a little package containing sock monkey dolls that are handmade by the mother of Baby New Year 2001, something she has done every year since 2002.

The story of the New Year baby is Draper’s favorite, she said.

“It reminds us of the beauty that a new life brings, so these stories connect with people on a deeper level, and this year it’s baby Benjamin, who’s just as cute as can be – he’s just adorable.”

The Baby New Year origins began in 600 B.C. with the Greeks, though the early Egyptians can also be given credit for using a baby as a symbol of a new year. The baby represents rebirth. In the United States, the first baby went from being heralded in newspapers to magazine covers when the Saturday Evening Post featured its own rendition of the New Year baby on its first issue of the year from 1906 through 1943, according to an archived 2008 issue of The New Frontier. 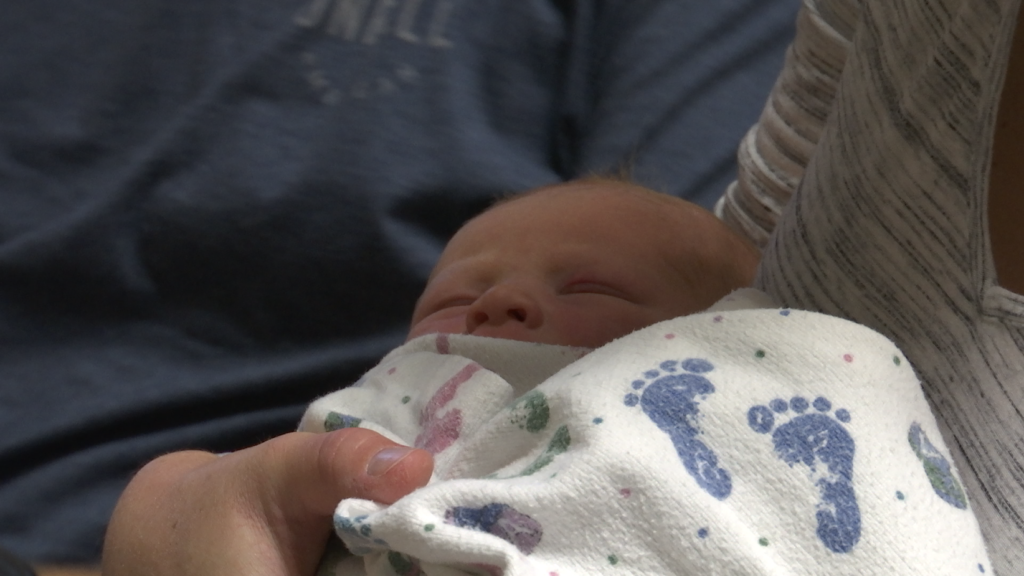 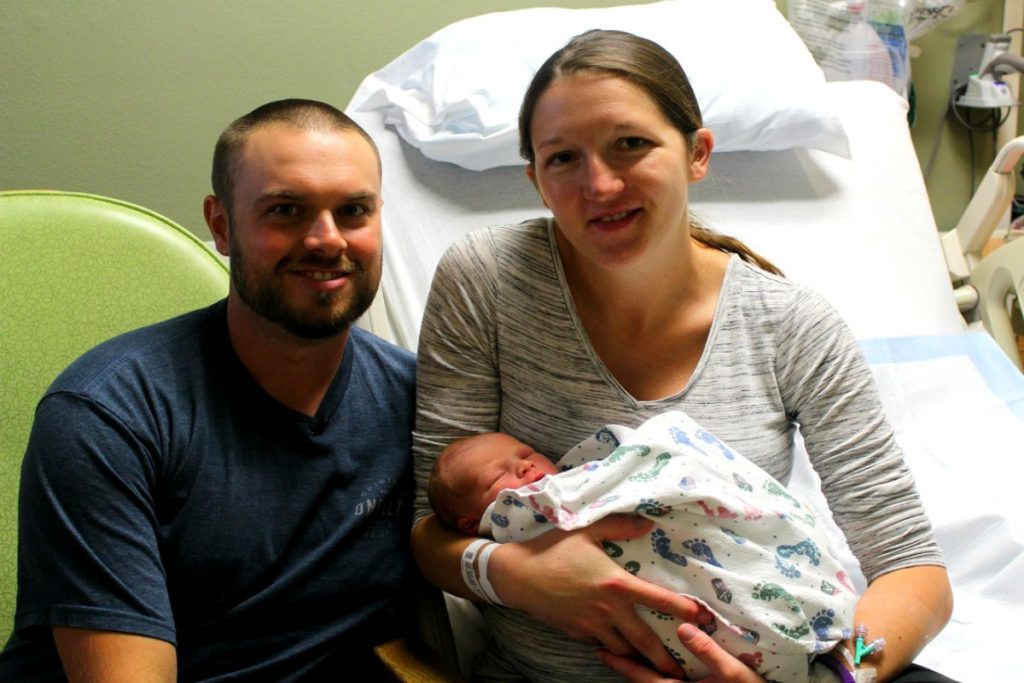 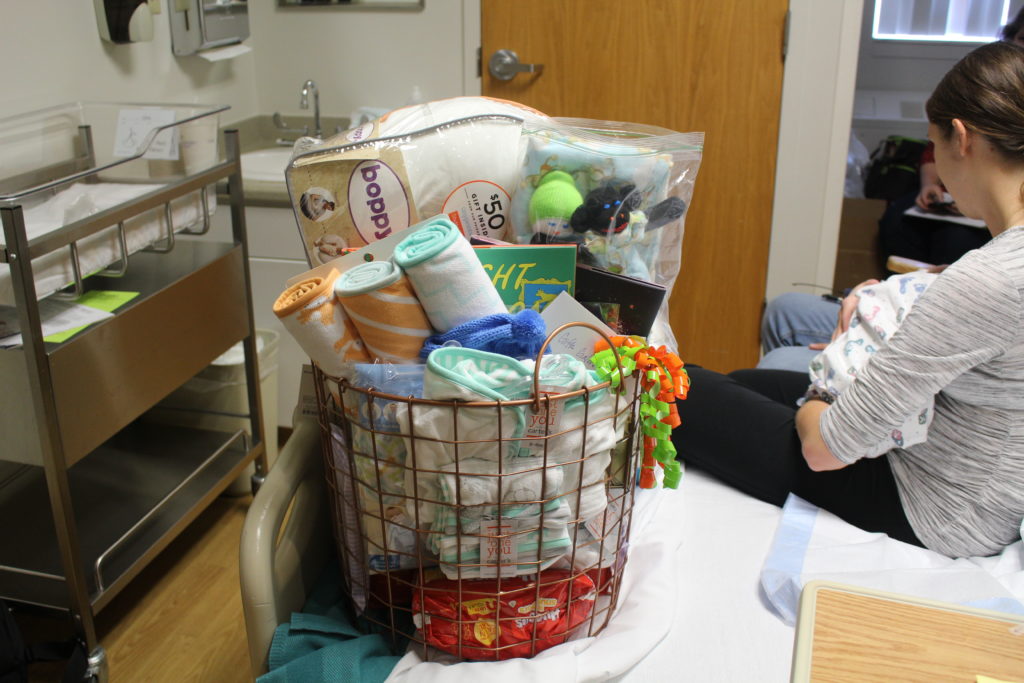 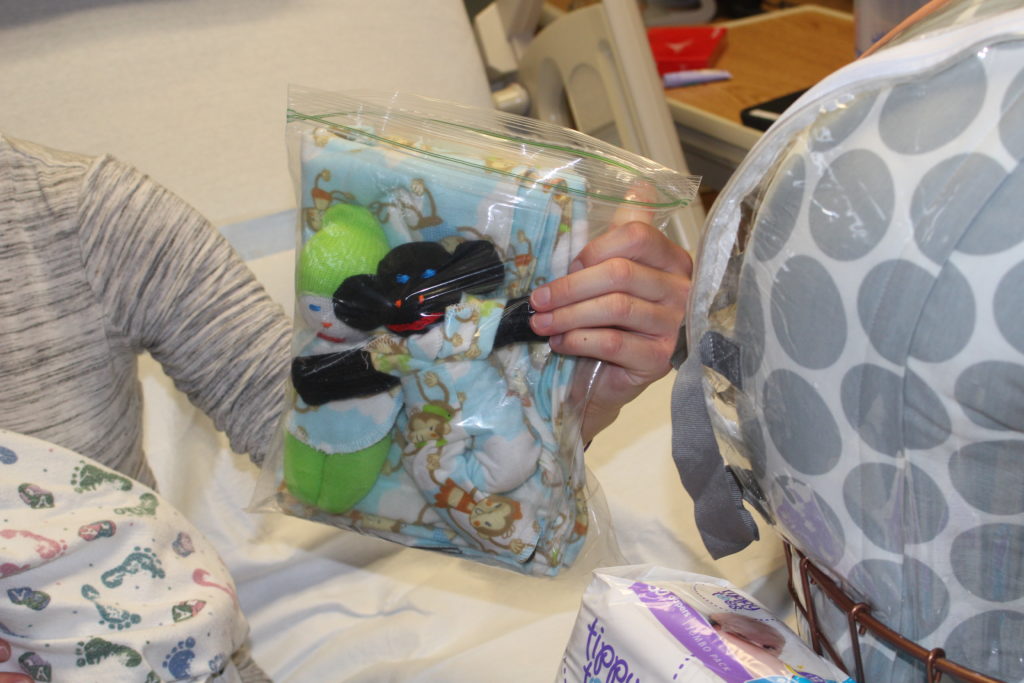 Josh and Amy Pruett receive a gift of sock monkeys and blankets from the parents of 'Baby New Year 2001', who have donated gifts for the parents of the first baby born on New Year's since 2002, Dixie Regional Medical Center's 400 East Campus, St. George, Utah, Jan. 1, 2017 | Photo by Cody Blowers, St. George News 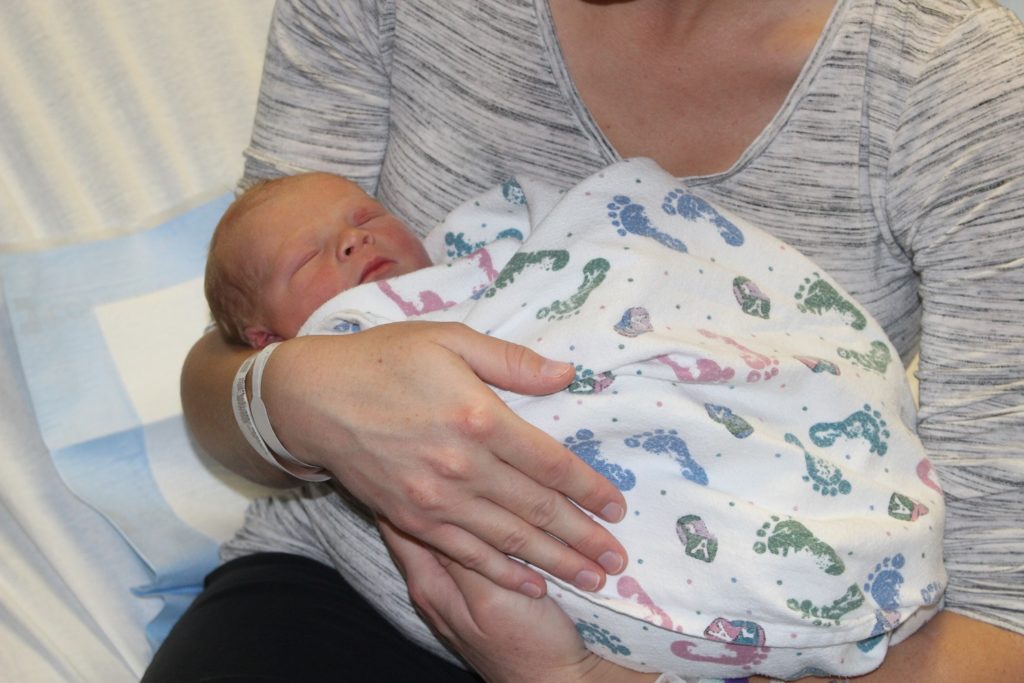 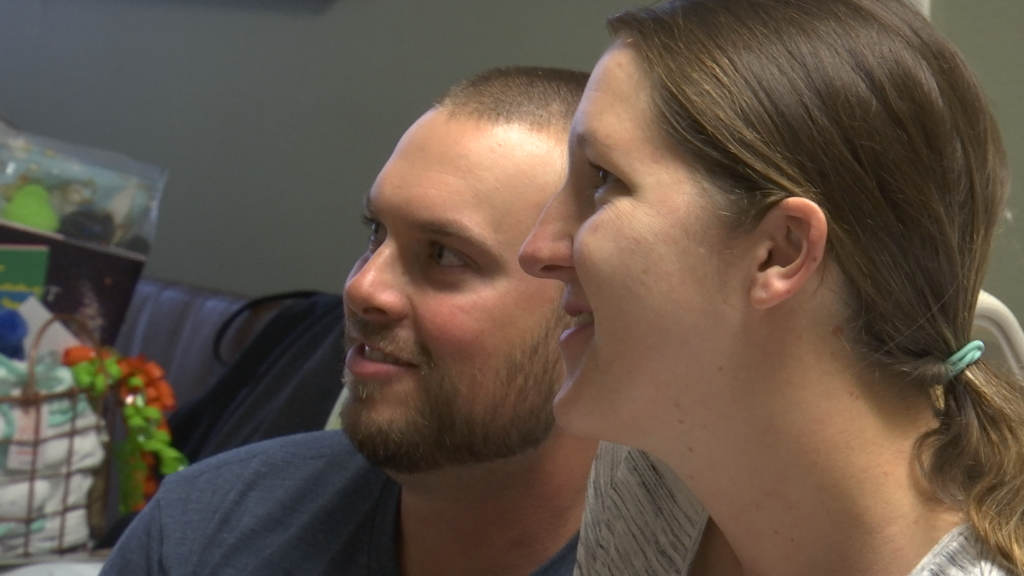