ST. GEORGE — A woman driving south on Interstate 15 hit a semitracter-trailer Friday afternoon after she became distracted by something in her vehicle.

Just after 12:30 p.m., emergency personnel responded to a crash involving a blue Honda passenger car and a semitractor-trailer. However, when officers arrived they found only the Honda in the left-hand emergency lane of the interstate, just north of Exit 8, Utah Highway Patrol Trooper Grant Hintze said.

“The female driver became distracted by some activity in the car,” Hintze said.

The woman driving the Honda was in the left lane when she became distracted and her car started to veer to the right, he said.

Once the driver’s eyes returned to the road she noticed the situation and over corrected by turning the steering wheel sharply to the left and hit a semi traveling just ahead of her, the trooper explained.

The impact sent the Honda spinning out of control until it came to rest partially blocking the No. 2 lane facing southbound, while the semi continued down the interstate, Hintze said.

Once responders arrived the Honda was moved into the emergency lane to allow traffic to move through the area, while firefighters cleared debris and tended to fluid leaking from the vehicle.

It appears that the Honda may have struck the bar that extends beyond the trailer, Hintze said, which peeled back part of the front end of the vehicle. The damaged portion of the front driver’s side panel may have pushed something into the engine that appeared to have shifted, which could have disabled the vehicle immediately.

“I don’t think the semi driver was aware of the impact and continued on,” the trooper said, “because with the impact being that far back from the driver, and directly in his blind side, it’s very possible that he didn’t notice it.”

The woman sustained very minor injuries in the crash, the trooper said.

Traffic was impacted initially until the disabled Honda was moved into the emergency lane and then moved slowly through the area.

The semi has not been located. 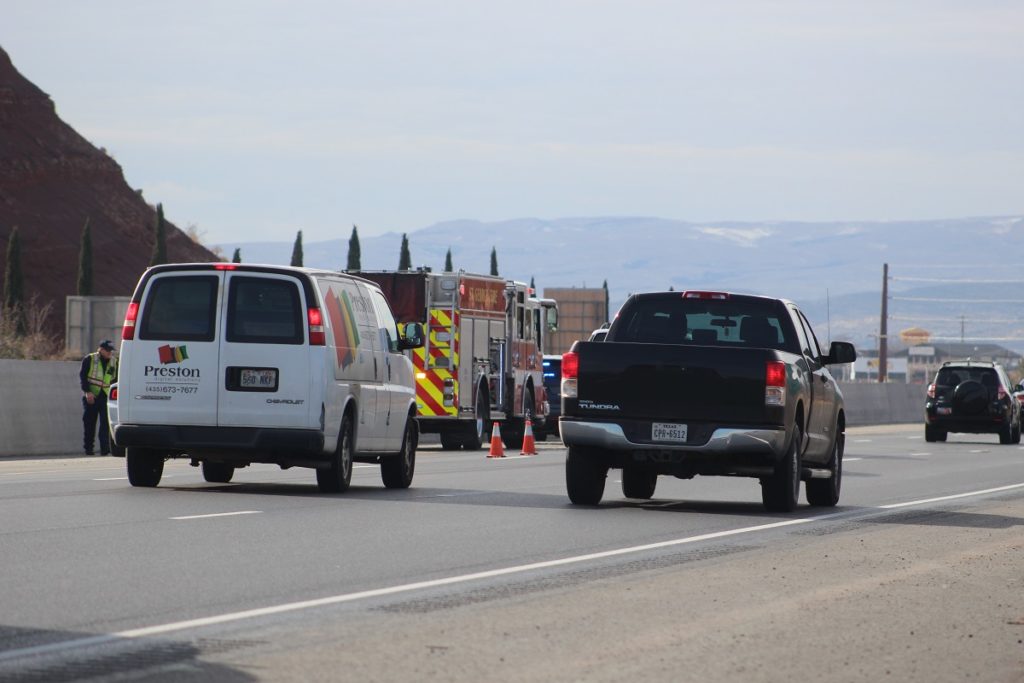 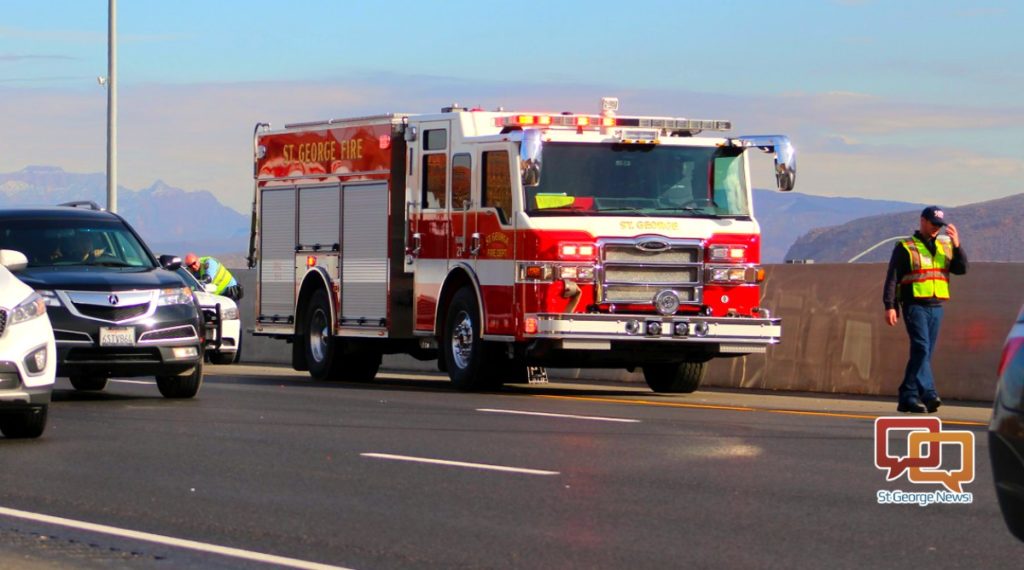 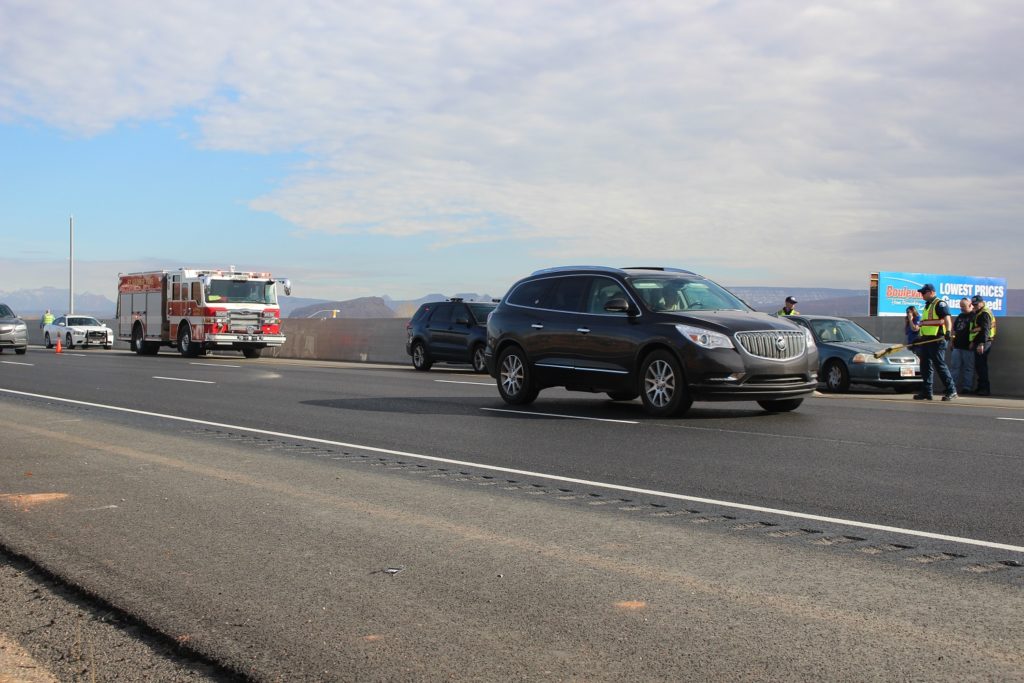