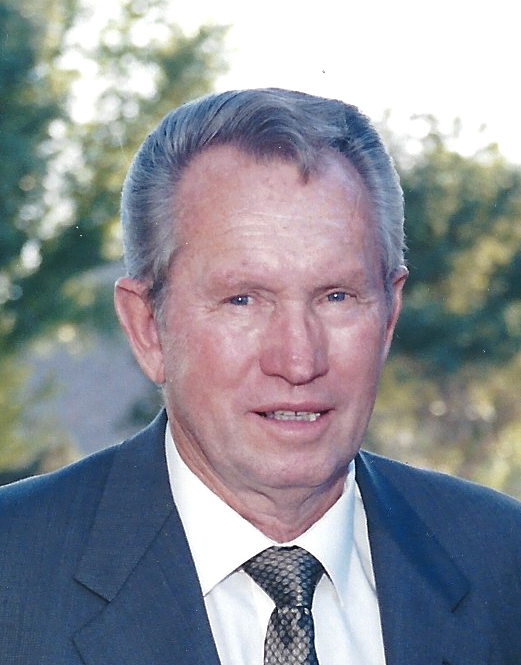 On the evening of Monday, Dec. 26, 2016, we were saddened by the loss of our family patriarch. He was the strength and foundation of our family. We were blessed to have him pass peacefully at home with his family by his side after battling cancer and Parkinson’s in these last few months of his life.

Kenneth Fred Lynn was born on July 16, 1933, in Mona, Utah, to Fred and Viola Lynn. He was the first born of six children and was raised on a farm where he learned at an early age how to be responsible and the importance of hard work.

After graduation from Juab High School, Ken worked at Dugway Proving Grounds for one year. He then joined the Army in 1952 and went to Korea, where he was a ballistic meteorologist. He was discharged in 1954 and moved to Phoenix, Arizona, where he attended college. Ken started selling cars in Scottsdale, Arizona, in 1958 and decided to make the car business his career. While in Scottsdale, he met Dorla Dean McFarland and they were married in 1969. Their marriage was later solemnized in the Manti Temple and in March they would have been married for 48 years. They then moved to Reno, Nevada, where Ken was the general manager of the Ford agency for eight years. His greatest accomplishment work wise, was that he was the number one Ford dealer in the San Jose district in 1974 and 1975.

In Reno, he enjoyed coaching his son’s Little League and Babe Ruth baseball teams and won the state championship three times. In 1980 their family moved to St. George, Utah, where he opened his own car dealership, Lynn’s Auto Sales, which was in business for nearly 20 years. Ken retired after 50 years of being in the car business.

His favorite hobby was golf and he won several tournaments in Reno and St. George. He also had five hole-in-one’s. Ken and Dorla enjoyed being members of the Bloomington Country Club for many years. They also loved their many golf trips around the country; favorites being Branson, Missouri, and Bella Vista, Arkansas.

Ken was a member of The Church of Jesus Christ of Latter-day Saints.

He is preceded in death by his parents, one brother, Kirk Lynn, and one son, James Lynn.

Ken was successful in everything he did and will be greatly missed.

Special thanks to the doctors, nurses and hospice care that kept Ken comfortable.