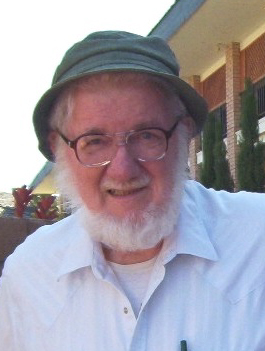 Frank Xavier Randall, Jr, age 85, son of Frank and Winifred (Higgins), left the arms of his loving wife and the family he cherished on Dec. 17, 2016.

Frank was born on Feb. 15, 1931, in Cleveland, Ohio. His family moved to the Chicago, Illinois, area where he grew up. His pastimes included fishing and rollerskating. As a young man while working at the Hub Roller rink, he met his future wife, Lida Ercoli. They moved to Rolling Meadows and had two sons. As a family, they enjoyed camping, fishing, and rollerskating together. Frank wanted to make a better life for his family and consulted George Bollinger, his friend, fishing buddy and mentor. George suggested a brand new field in computers. Frank returned to school while continuing to work full time. He worked in finance then landed a position at Foremost Insurance Company and moved to Grand Rapids, Michigan.

Frank and Lida enjoyed square dancing. Frank became a teacher, started to call dances and started their own club for the community education program in Wyoming, Michigan. Frank and Lida moved to Texas then Florida. When Frank retired in 1994 they moved to St. George, Utah.

Per Frank’s request, family visitation will be Thursday, Dec. 22, 2016, followed by cremation. A memorial service will be held at a later date.

The family is requesting no flowers. Donations can be made in his honor to a charity of choice.