‘Twas the week before Christmas, when up on The Hill
All the Ute teams were leaving, to escape the chill
The football team headed to San Fran for some fun
While the Runnin’ Utes hit Hawaii’s beaches for sun
Utah fans were nestled all snug in their beds
While visions of victories danced in their heads

COMMENTARY – Tis the holiday season, which means college football bowl season and holiday basketball tournaments. This truly is the most wonderful time of the year!

First up is the Hawaiian Airlines Diamond Head Classic in Honolulu, so let’s start there. 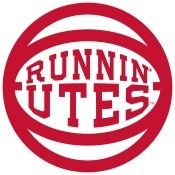 The 7-2 Runnin’ Utes are just starting to hit their groove. In fact, last Saturday’s game against Prairie View A&M was the first game in which Utah was at full strength. Transfers David Collette and Sedrick Barefield each debuted as Runnin’ Utes. They both had immediate impacts on the team.

Collette started on Saturday night ahead of both Jayce Johnson and Tyler Rawson, who previously had taken turns starting alongside Kyle Kuzma. Collette was a key participant in the first three possessions of the game — fouling the Panthers’ Troy Thompson, who proceeded to make 1 of 2 free throws, then laying in the first two points for the Runnin’ Utes and his first two points in a Utah uniform.

That was immediately followed by a block at the other end of the court. On a squad with only five carryovers from last season (including redshirts), Collette has also been named as a captain. “It was a big honor. I didn’t really see that one coming, so I’m grateful that,” Collette said after the game. “Being the oldest guy on the team, I know a lot of guys look up to me, so it’s an honor.

Sedrick Barefield was the first player off the bench, less than three minutes into the game. Moment later, he missed his first shot as a Runnin’ Ute. Badly. However, after shaking off the rust, he finished tied for a team high 18 points, shooting 60 percent from the floor, including 5 for 8 from beyond the arc.

Both players promise to play prominent roles in future games, beginning this week with three games over four days in the Aloha State. That’s right, come Christmas morning the Runnin’ Utes will be wishing each other Mele Kalikimaka.

The Diamond Head Classic tips off Thursday, Dec. 22, with Utah playing San Francisco in the third game of the day (9:00 p.m. MT on ESPU). On Friday, Dec. 23, the Runnin’ Utes will play the winner of Hawaii and Illinois State. The title game will be on Christmas Day (against the winner of the pool including Tulsa, Stephen F. Austin, San Diego State, and Southern Mississippi). It is not unrealistic to expect Utah to run the table as they get ready to start conference play, hosting Colorado on New Year’s Day.

Meanwhile, back on the mainland, the football team is getting ready to head to the City by the Bay (or at least close to it, Santa Clara to be more exact). Utah will play Indiana in the Foster Farms Bowl on Wednesday, Dec. 28, kicking off at 6:30 p.m. MT.

I’ll be the first to admit that I am having a tough time focusing on the Foster Farms Bowl just yet with Christmas coming up in less than a week and 17 other bowl games to be played before the Utes and Hoosiers kick off. However, once my egg nog and fruitcake hangover has worn off, I’ll be anxiously awaiting what should be Kyle Whittingham’s 10th bowl victory in 11 tries.

Here’s hoping both the Runnin’ Utes and the Utah football team return home victorious after their holiday travels.