ST. GEORGE — More than 1,400 children who may otherwise have gone without on Christmas morning will find wrapped gifts under the tree this year thanks to hundreds of volunteers and Kony Coins for Kids.

Hundreds of volunteers got busy wrapping toys and clothing already carefully stacked on 130 tables that were set up beforehand.

The Dixie Center provided the perfect venue – free of charge – for the massive operation, Carl Lamar, KONY 99.9 FM radio personality and Coins for Kids program founder, said, adding, “Thank you Dixie Center, we couldn’t do this without you.”

The Exhibit Hall at the Dixie Center St. George offers more than 46,000 square feet of open space, which quickly filled with numbered chairs, bags of toys and a wrapping station that seemed to stretch on forever.

“We’ve got a lot of families to wrap for here today,” Lamar said, “but we’ll probably be done around noon, and until then we’ll keep a full house to finish everything.”

Lamar started the Kony Coins for Kids program in 1989. After 27 years it has grown and flourished to a program that this year is providing presents to 1,427 children in 497 families, Coins for Kids chairman Brian Musso said.

Musso has been involved with the program for the past 18 years and has seen the program grow and expand over the years.

This is the third year of wrapping gifts at the Dixie Center for volunteer Russ Spriggs, who first learned about the enormous project through a friend. Both have been helping every year since. When asked what motivates his efforts, Sprigg’s answer was simple:

“Because I love wrapping for kids,” he said.

Numbers were taped across hundreds of chairs that represent the specific number assigned to each family during the application process. In front of each numbered chair sat a large bag of unwrapped gifts scheduled for the wrapping operation, Lamar said.

Once a volunteer finishes wrapping all of the gifts in a particular bag, those gifts are returned to the bag before it’s sealed. Then the bag is placed in a designated area where it will remain until it’s delivered to the family.

A runner then brings another bag full of gifts to the volunteer, and the process continues until all 497 bags full of toys and gifts are wrapped and prepared for delivery.

Adelaida Sabedra took part in Thursday’s activities with a small group of volunteers who all work together at Wingate by Wyndham in St. George, she said.

“We found out about this through our work, when we were asked if we wanted to spend time wrapping for Coins for Kids,” Sabedra said.

Wingate by Wyndham, located at 144 W. Bingham Road in St. George, supports volunteerism by offering to compensate employees for their volunteer efforts. This year many employees chose to spend those hours wrapping for Kony Coins for Kids, Wingate by Wyndham employee, Amy Burke, said.

“Through our employer we are given eight volunteer hours, or ‘wish hours’, where we can volunteer anywhere we choose,” she said. “So many people save theirs up until this event, and the shopping the night before, so that they can do both.”

Tutu Haws and and her long time friend, Ula Fano, have been wrapping at the Dixie Center for the last two years, and both agreed they were there to have fun and to give back.

“This is our second year together,” Haws said, “I do this because I have nine children, and at one time I needed help, so giving back is a good thing.”

Several thousand unwrapped presents were delivered to the Dixie Center late Wednesday night after a long line of volunteers made their way through the Bloomington Wal-Mart with shopping lists in hand, gathering the items on each child’s list.

In fact, there were so many volunteers that the line itself started in the store entrance, then snaked north and wound around the exterior of the building for several hundred feet, according to one witness who stood in line for more than 40 minutes before making it through the front door.

Once the items were paid for, another volunteer carefully bagged each family’s gifts before loading it onto a truck. From there, the truck delivered its special load to the Dixie Center where the bags were gently placed to wait for the next day’s wrapping marathon, Musso said.

Fundraising efforts for the massive toy drive are coordinated by Kony Coins for Kids and the Toys for Tots Foundation run by retired Marine Gy. Sgt. Rick Massey.

Toys for Tots focuses exclusively on toys and Kony Coins for Kids purchases clothing, shoes and other items along with toys, so each program shares with the other if there is a shortfall of specific items, or within an age group, Musso said.

“Toys for Tots is really, really good at collecting toys — thousands and thousands of them,” Musso said. “And in the end we help each other, which helps us to reach as many people as we possibly can here in the community.” 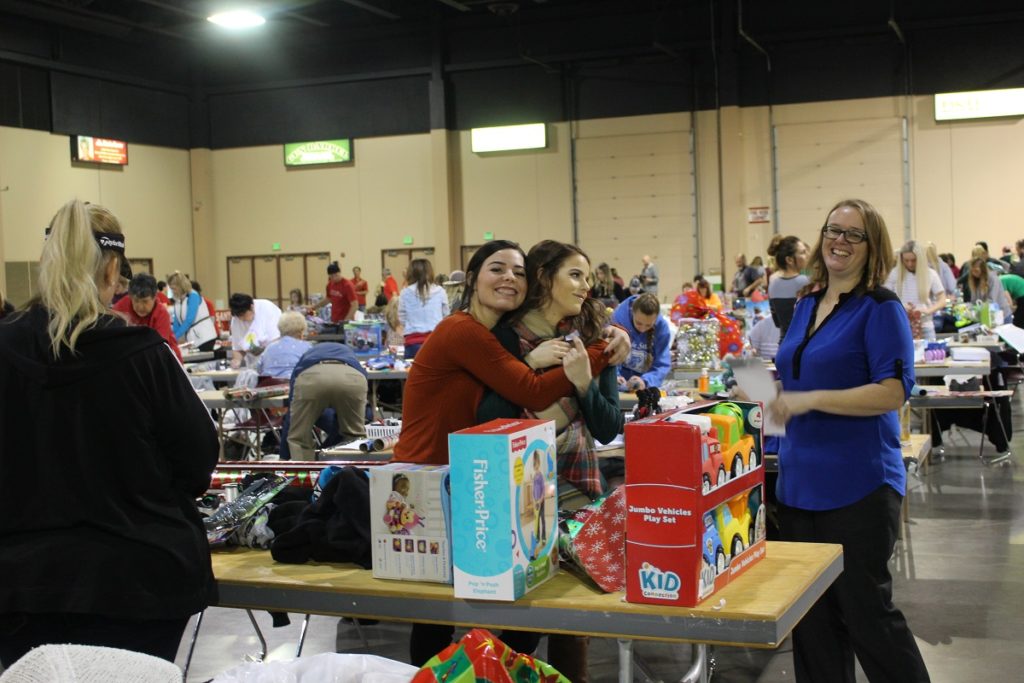 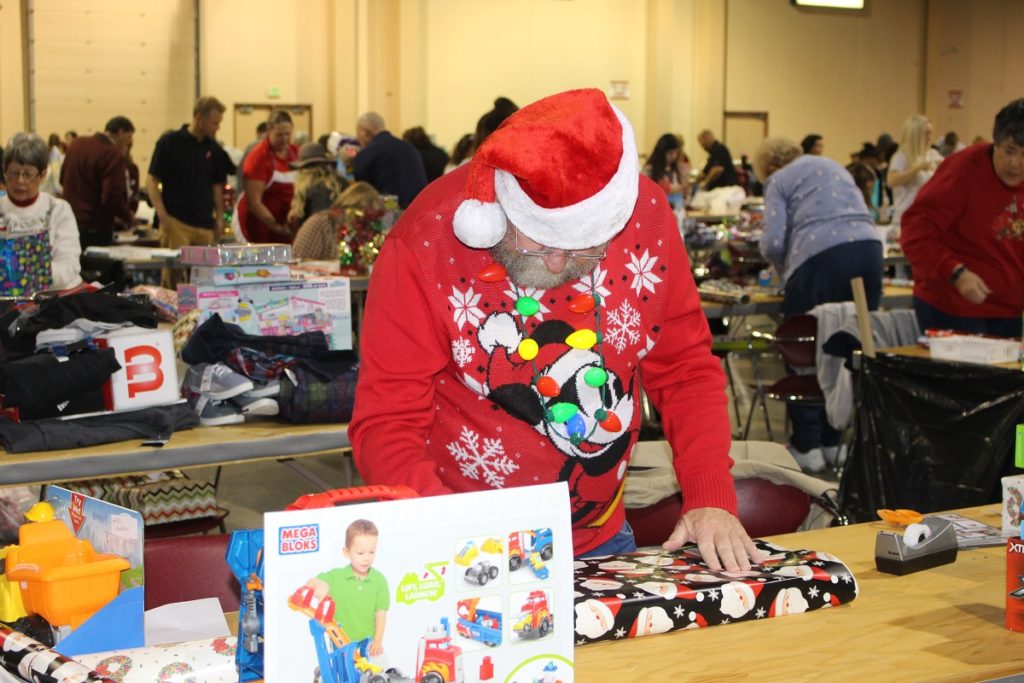 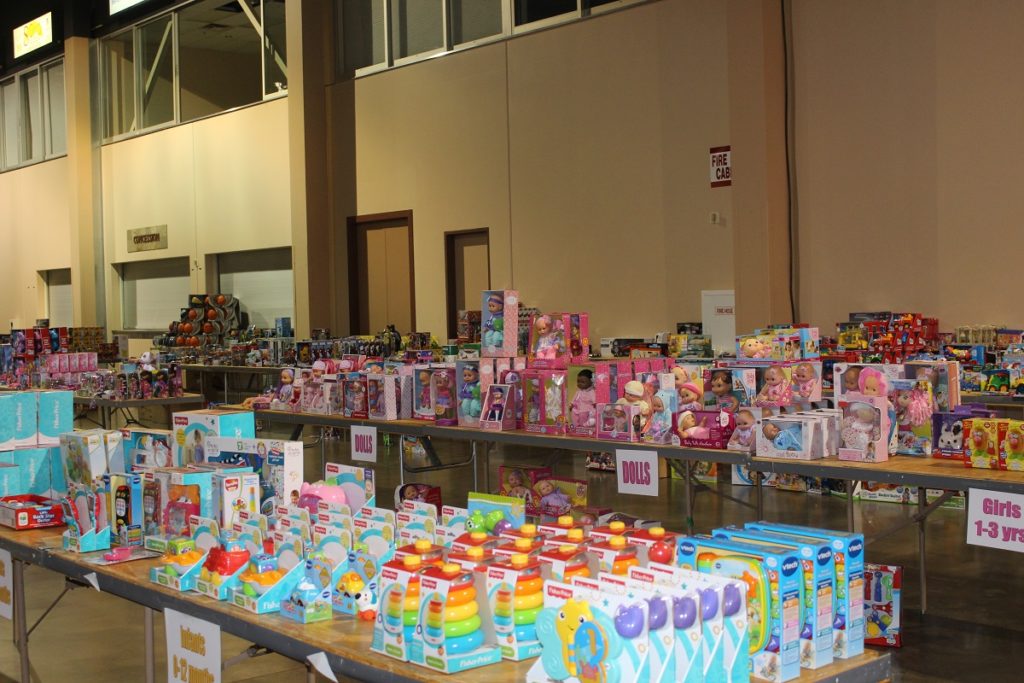 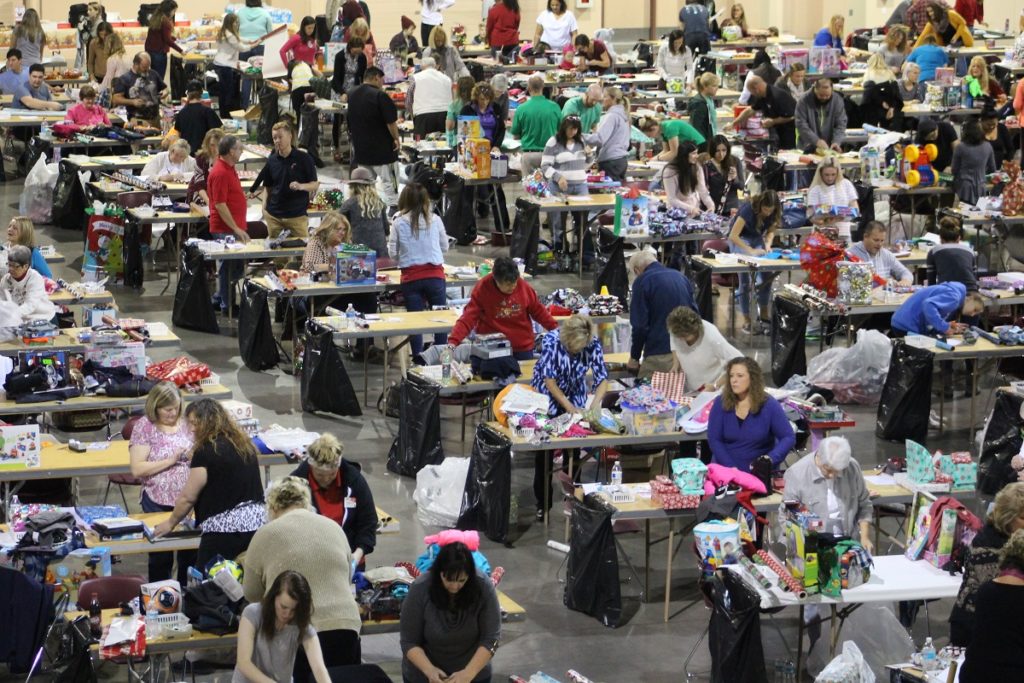 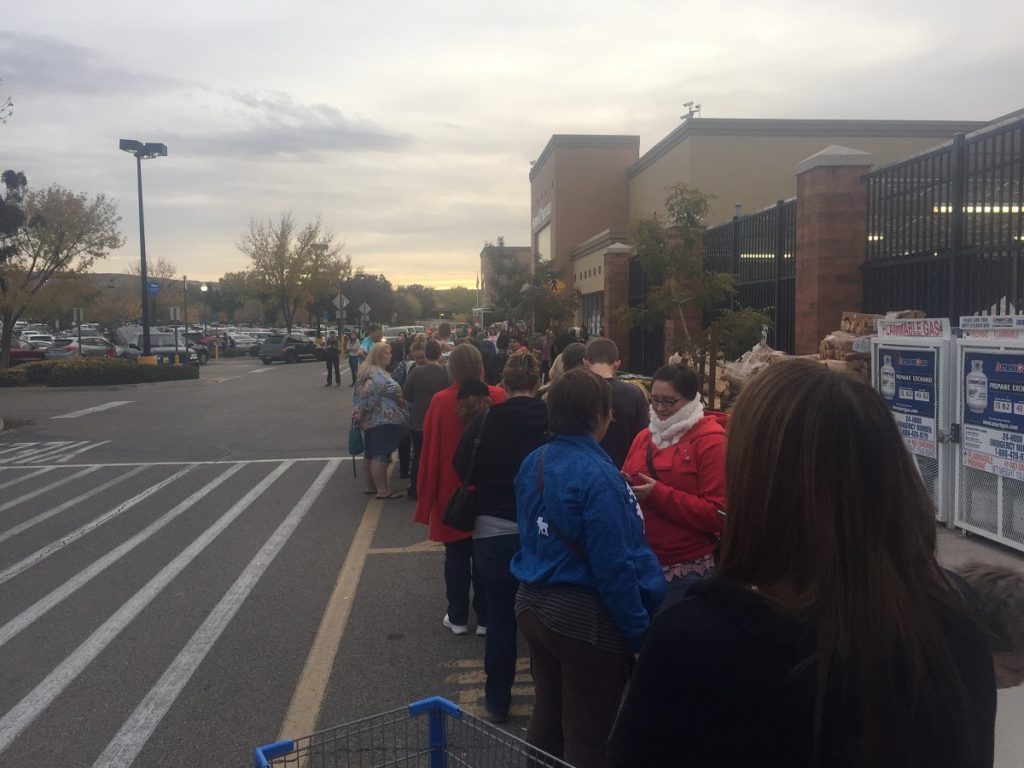 Tutu Haws volunteers with the Kony Coins for Kids wrapping event at the Dixie Center in St. George. She says it gives her a chance to give back to the community with her longtime friend, Ula Fano, St. George, Utah, Dec. 15, 2016 | Photo by Cody Blowers, St. George News 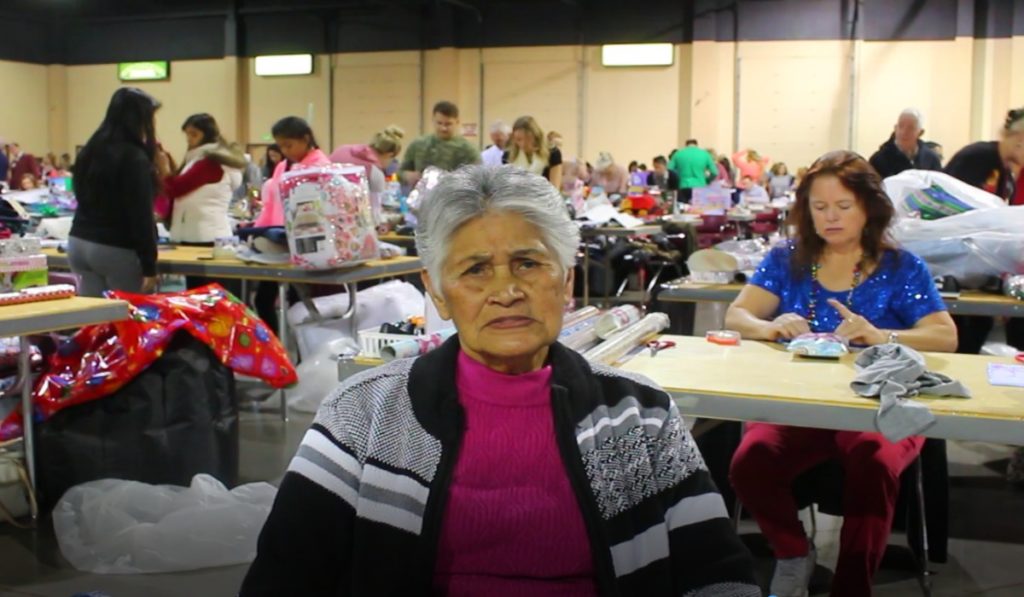 Ula Fano volunteers at the Kony Coins for Kids wrapping event at the Dixie Center in St. George. She says it gives her a chance to give back to the community with her longtime friend, Tutu Haws , St. George, Utah, Dec. 15, 2016 | Photo by Cody Blowers, St. George News

KONY Coins for Kids, USMC Toys for Tots are in full swing; join the effort