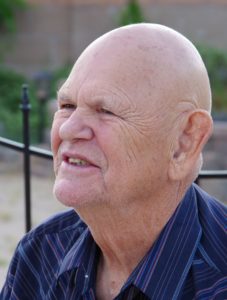 Bruce Allen Heusser, 80, peacefully passed away on Dec. 12, 2016, at his home in Hurricane. He was born Dec. 6, 1936, in Preston, Idaho, to his mother Georgia Anna Rust. His father, William Allen Heusser, passed away 6 months before his birth. His mother later remarried, and Bruce was raised by both Georgia and Leonard Farin Porter.

Bruce married Coralee Thurston on Jan. 22, 1966, in the Los Angeles California LDS Temple. They had a wonderful marriage and raised two children, Tami Leigh and Bryan Allen. Coralee departed this life in 1993.

Bruce was lucky enough to find his second soul mate, Wynette Frazier. They were married on May 29, 2009, and later sealed in the Mount Timpanogos LDS Temple. Bruce was able to continue giving guidance and love to his two new sons, Matthew James Church and Vernon Newell Heusser.

Bruce had many accomplishments during his life. He fulfilled a mission for The Church of Jesus Christ of Latter-day Saints, serving in the Northwest States. He served in the Army Special Forces Airborne Division. He earned a Bachelor of Science degree from Brigham Young University. He worked for Hughes Helicopters in Culver City, California, during his early career.

Bruce moved his family to Provo, Utah, in 1982. There he changed careers, focusing on his leadership and his big heart. Bruce taught and guided troubled teens, and took care of those with special needs for many years. He loved the work, and loved those he served.

Family and friends are invited to share condolences online at www.SerenityStG.com. Arrangements and memorial tree planting by Serenity Funeral Home, 435-986-2085.