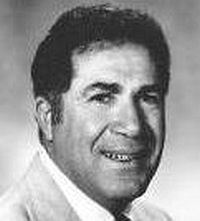 Sark Arslanian, age 92, passed away on Sunday, Dec. 11, 2016, at his home in St. George. He was born on Feb. 4, 1924, in Fresno, California, to Armenian immigrants, Kevork and Freida (Aposhian) Arslanian. He served as an XO in the Navy during World War II, mostly in the South Pacific. After returning home he married Verlyn Metcalf on June 21, 1946, in the Salt Lake City LDS Temple.

He took his first job coaching football at Union High School in Roosevelt, Utah, in 1954. That job launched a coaching career that did not end until he stopped actively coaching at age 90 and had been inducted into coaching halls of fame at every level. His coaching career led him to Dixie College (1955-65) Weber State (1965-73), Colorado State (1973-82) and around the world to Italy, Japan, and Armenia (1989-1995). He then retired to his beloved St. George where he resumed coaching, first at Pine View High School and then nearly a decade coaching youth football in the Pine View and Desert Hills districts until finally hanging up his whistle in 2014. During his career, he coached three generations of his own posterity—a son, a grandson and a great-grandson.

Along the way, Coach Sark left an indelible impact on the lives of countless young men and was always more interested in their success in life than any win-loss record could measure. Coach Sark left his mark in this world, but his greatest contribution is the legacy of a strong family that will continue to change the world for generations.

Coach Sark was preceded in death by his wife Verlyn, and is survived by his wife Barbara Watson, his six children; Sandra, Dave (Pat), Paul (Julie), James (Stephanie), Robyn Woods (Gene-deceased), and Shanan; 15 grandchildren and 30 great-grandchildren.

In lieu of flowers, the family requests donations be made to the Dixie State University Football Program in the name of Sark Arslanian.

Arrangements are made under the direction of Spilsbury Mortuary, (435) 673-2454. Friends and family are invited to sign Sark’s guestbook at www.spilsburymortuary.com.